Instead of building contours to hold water, the Chauka system is designed to hold a 9-inch water level spread over a field. Once the level is full, the water is drained and the moisture is recycled.

It had been years since I had graduated, but it seems on this March morning, my alma mater had one more lesson – guiding me to a nearby water conservationist, Laxman Singh.

So sleepy-eyed, I departed for Lapodiya, a middle-of-nowhere village near Dudu, in Rajasthan’s Jaipur. The road to it swung through harvested fields with hungry goats munching in the sun. Babool and Khejri trees adorned the landscape. We saw ponds while crossing the villages. The soil was natural brown, perhaps indicating more soil carbon. On the way, we saw some farmers growing green fodder, whereas other village “cowboys” were racing tractors with blasting speakers.

As we swerved right, we started on a muddy road and soon hit a traffic jam, caused by 200 odd sheep. We continued and finally turned left from a crag with a ruined garhi (small fort) on top. It overlooked green trees, massive open stone quarries and Laxman Singh’s house.

He was wearing a green kurta and led me straight upstairs to the roof. The sun was right above us, but that didn’t bother Laxman. He explained about his organisation and how all the greenery in the area is testimony to their collective work.

Laxman Singh has created a new technique for water conservation; he called it the ‘Chauka system’. But how did this start? I asked.

“I was 17-18 years old and studying in Jaipur, I had come back from my holidays. Now it was common in our area for water to run dry. People had to dive into wells and get water. There were no taps, and even the wells had water only for a few hours a day. So I decided to find a solution to fix it,” Laxman narrated. 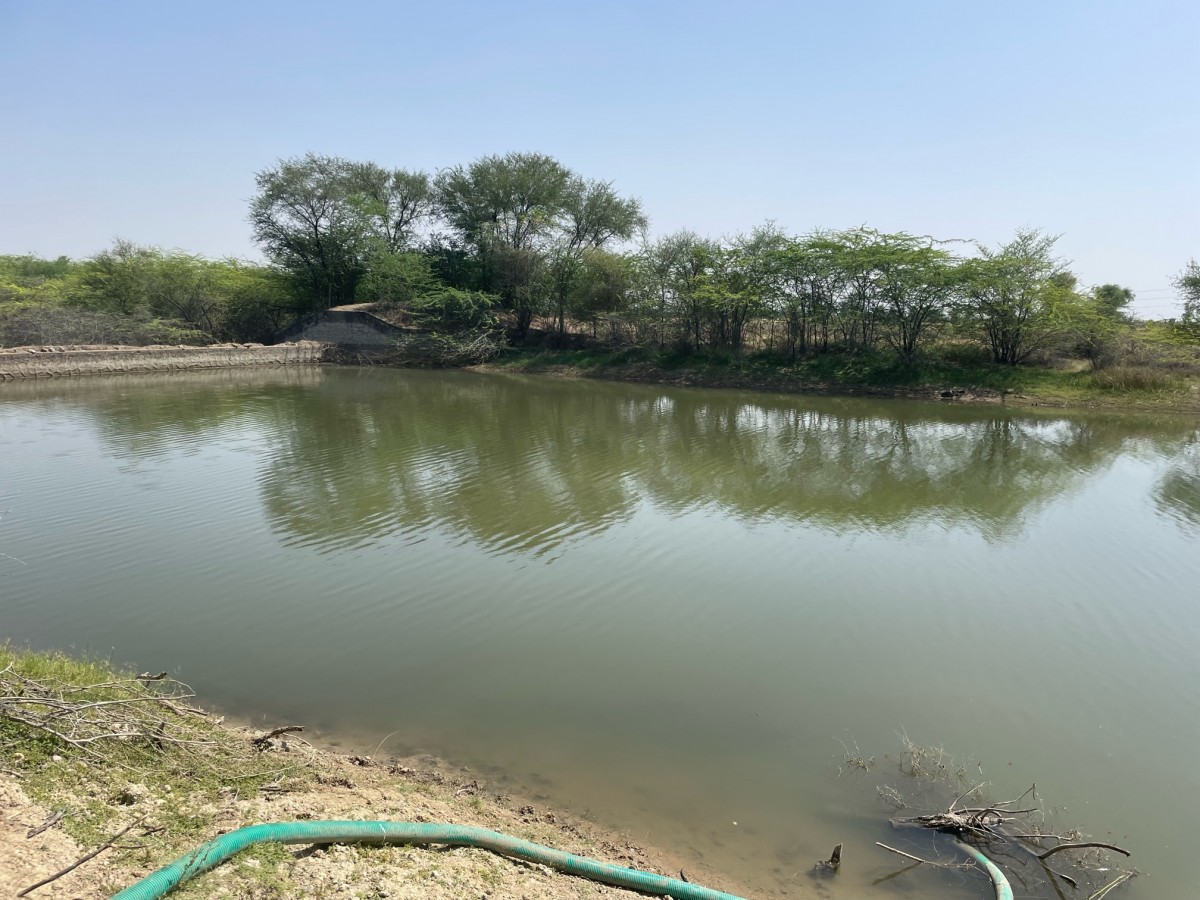 During the course of our conversation I found out that the local water reservoir was broken, and hence, the water in this area had run dry. “A friend and I started talking with other villagers, and enrolling volunteers to give saramdhan (voluntary contribution) to repair the pond. We were only a few and yet without money to repair a 200 feet reservoir,” he said.

This was only the beginning. Over time the work spread to more than 40 villages, and 20 like-minded people soon joined Laxman and created an organisation. He recounted that he even met the waterman Rajendra Singh. His organisation repaired old ponds and made new ones too. Ann Sagar and Dev Sagar are two of his proud works. During this period, they started to plant trees to repair the local climate and soil. And then the Chauka system took root.

Also read: Ganga Still Suffers – But Govt Thinks ‘Successful’ Rejuvenation Is a Blueprint for Other Rivers

“I was in the district PWD office, and at that time, the government used to build contours to hold water. But the design was flawed. When the water breached contours, it put additional pressure on the downstream contours. If it poured, then all of the contours would fall like a domino, inundating the farmers’ fields and homes. When I told this to the engineers, they ridiculed me, and challenged me to devise a new system. And then we spent months figuring out how to hold the water,” he explained. 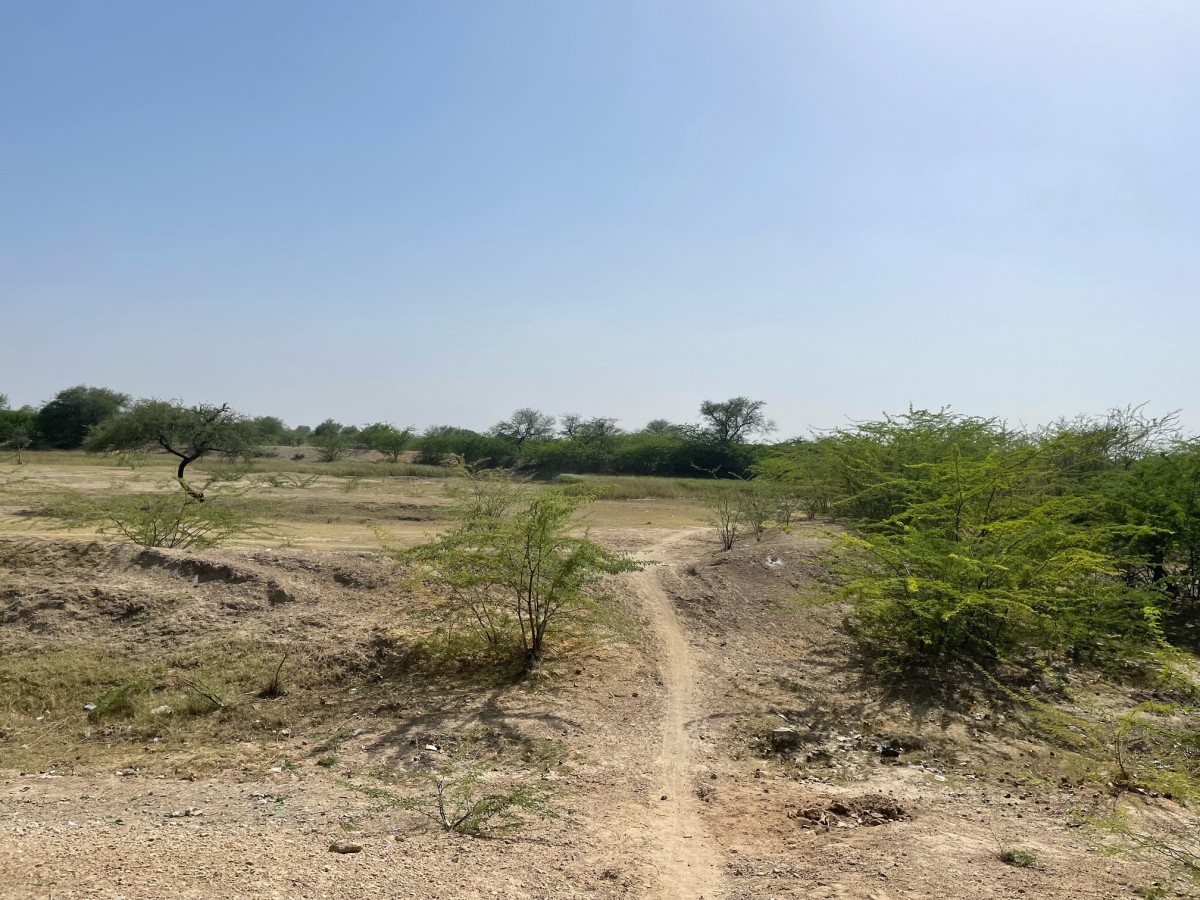 Although his work is limited to 100 villages, Laxman is a local water warrior striving to bring water to communities. Photo: Indra Shekhar Singh

In the end, he settled on a bandh-shaped design. Imagine a warrior’s chest with arms extended out in front. The ideal size, he told me, was 100 feet by 70 feet and one foot deep. And how does it work? “People look for water underground, I say the sky gives us all the water we need. The Chauka system is designed to hold a nine-inch water level, spread over a field. Once the level is full, we drain and recycle the moisture across the fields, and then using the moisture only we plant forests or grow crops,” he said with the smile of an inventor.

This method had changed the landscape in a fraction of the budget the PWD spends on water conservation, he assured me. But I was not convinced, I wanted to see it myself.

Before we got in the car, he showed me around the house and we had lunch together. He had a little kitchen garden, and the house was painted in soothing yellow and green. His knowledge of the earth’s elements helped him create a house that is naturally cooling, water harvesting and energy-efficient. I was surprised to see that his rooms had no fans or ACs and yet they were very cool, especially when the temperature outside was over 40° C. 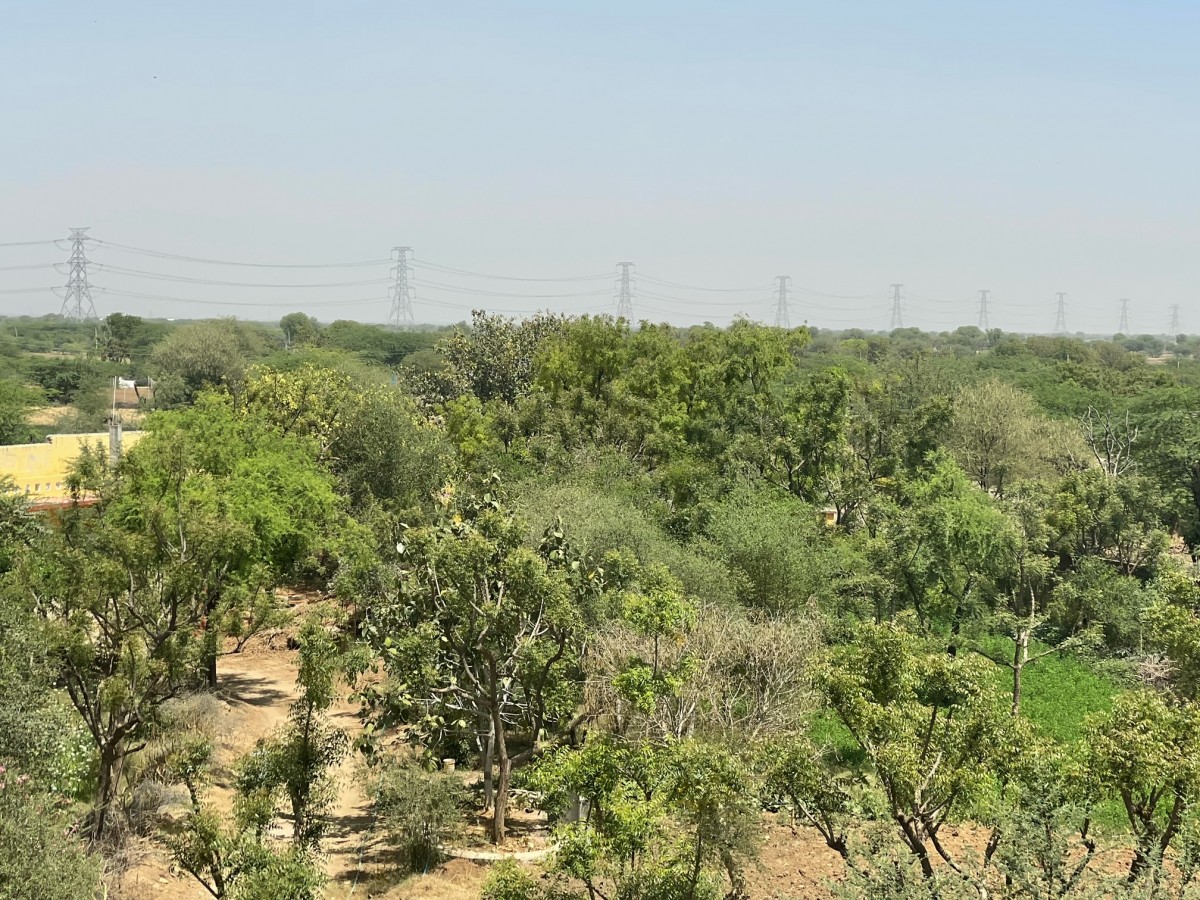 The Chauka system had changed the landscape in a fraction of the budget the PWD spends on water conservation, Laxman Singh said. Photo: Indra Shekhar Singh

As we sat in our cars, and headed for the fields, I asked him about his means of survival. He explained that he works many times on government contracts. He was surveying over 11,000 villages for the Jal Jeevan mission. So I asked if the Jal Jeevan mission would work. “Har ghar jal and Har Khet Jal are also not possible,” he outrightly said.

As our car reached the Chauka zone, we drove past Dev Sagar and Ann Sagar. The lakes were surrounded by thousands of indigenous trees. Laxman used the moisture to grow forests. A feat no doubt.

Next, we headed to see how the same principle was being used to transform agriculture. We toured harvested fields and ponds for the next two hours. He actually had successfully used moisture and recycled rainwater on fields, giving thousands of farmers good harvests.

Although his work is limited to 100 villages, Laxman is a local water warrior striving to bring water to communities. His method offers an efficient way to transform arid and degraded land, cost-efficiently. It’s not fancy, tech-driven or fossil fuel-guzzling, but is rooted in traditional knowledge and community-driven conservation. Something India really needs to think about right now.

Indra Shekhar Singh is an independent agri-policy analyst, host of The Wire’s Krishi ki Baat and a writer. He is also the former director of policy and outreach, National Seed Association of India. He tweets @Indrassingh.