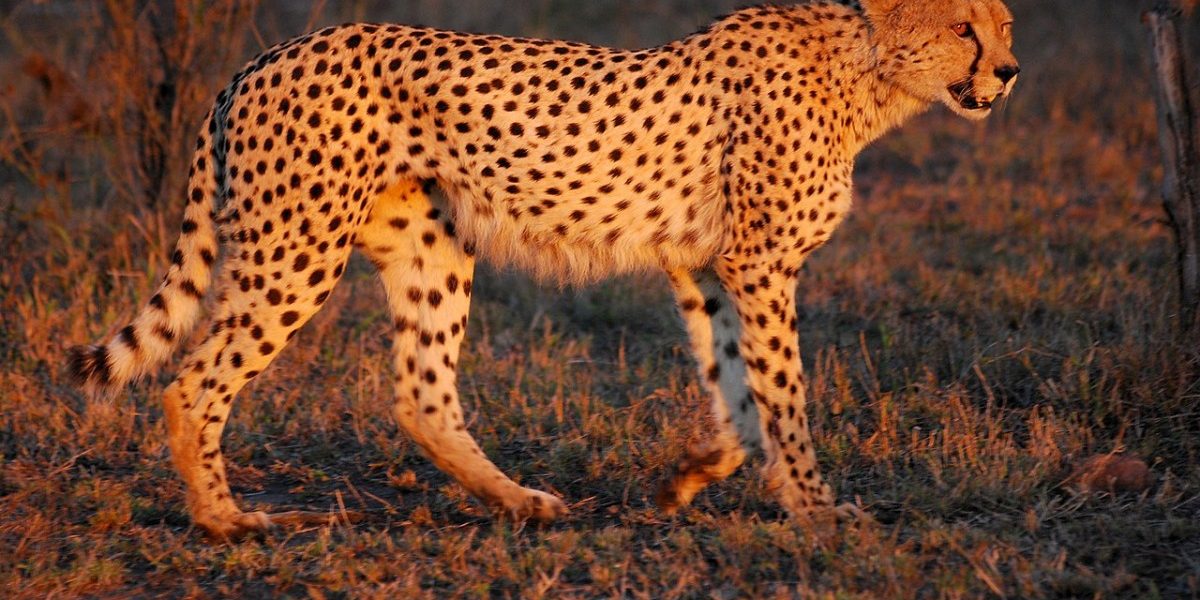 A Southeast African cheetah. Some individuals of this species are to be transported to India as part of a ‘reintroduction project’. Photo: Wegmann/Wikimedia Commons, CC BY-SA 3.0

“It is a one-of-a-kind project. We are bringing cheetahs from South Africa to India,” said Amritanshu Singh, assistant conservator of forests (ACF) at Kuno.

And what exactly will be filmed? “The entire period.”

The winning bidder will have filming rights for around 300 days. In this time, park authorities plan to hold 8-12 cheetahs in a five-sq.-km fenced enclosure inside the park, where the cats will have prey like chital, sambar, wildboar and nilgai. Once they have acclimated themselves to the new area and the local prey base, the authorities will let them out into the park proper.

Videographers will then film the cheetahs in the park, for six months. “Once they film it, they can commercialise [the film] as per their own convenience,” Singh said.

The auction has been delayed for now, and will resume once Kuno authorities float a new tender.

Conservationists are not happy, however. 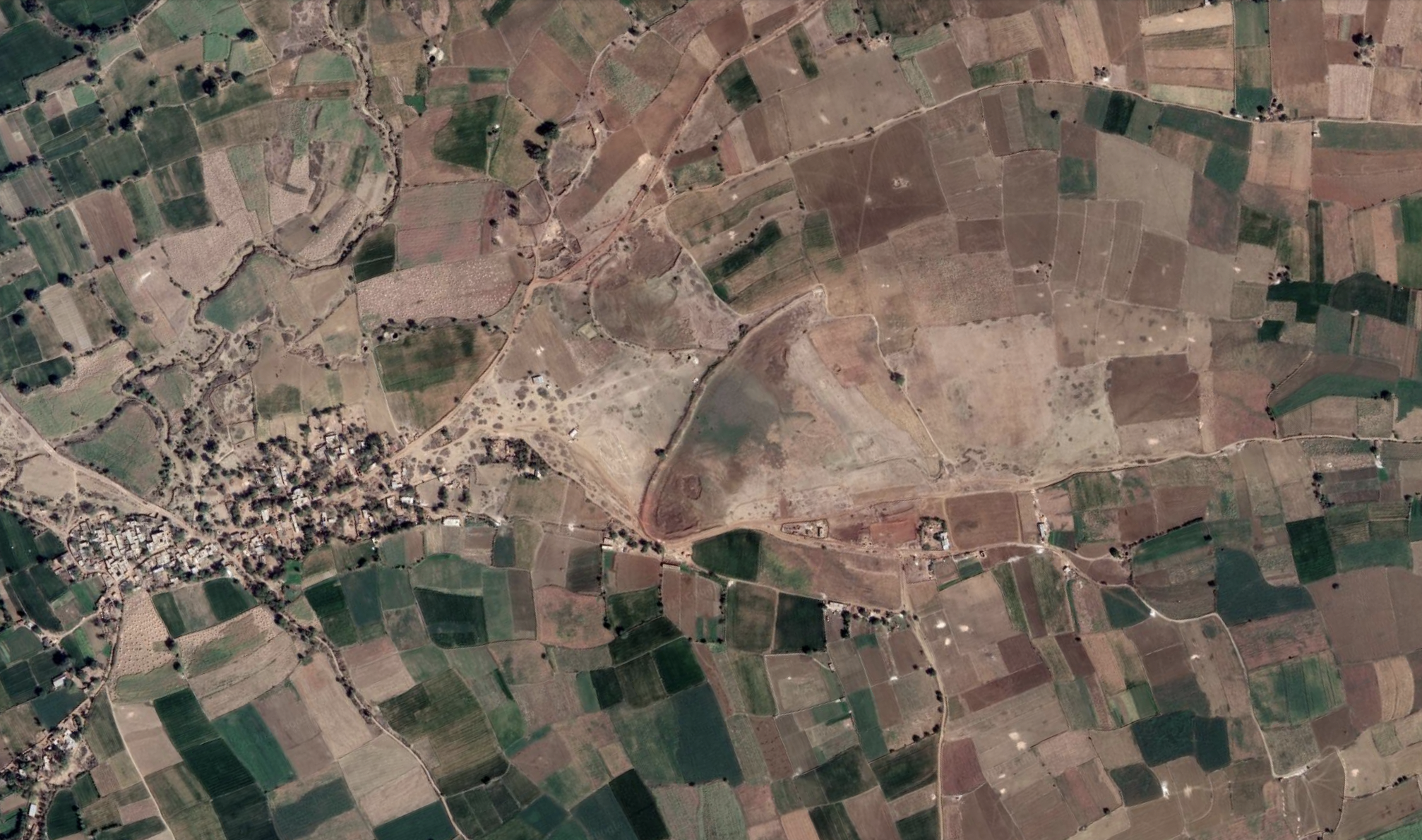 The arid landscape of Kuno (at the centre) in Madhya Pradesh. Image: Google Earth

“If there are cheetahs in an enclosure, you can film them for commercial purposes, but this is not a conservation plan,” Ullas Karanth, wildlife biologist and emeritus director of the Centre for Wildlife Studies, Bengaluru. “It lacks ecological feasibility” because of Kuno’s small habitat “and the fragility of the cheetah.”

In Africa, cheetah density varies between one cheetah per 40 sq. km to one per 925 sq. km. Kuno National Park is 748 sq. km in size, and will soon have up to 12. This is almost full capacity, and less than what cheetahs typically need.

Cheetahs are also a fragile species. At Kuno, they will be vulnerable to predation by species like tigers and leopards. Even dogs in and around Kuno “can kill all the introduced cheetahs,” Karanth said.

The purpose of introduction projects is to establish viable populations in the wild and, Karanth said, “I don’t see this happening here.”

During the British Raj, both British and Indian royal families hunted cheetahs to extinction.

In January 2020, the Supreme Court ordered the National Tiger Conservation Authority (NTCA), guided by a court-constituted expert committee, to introduce cheetahs into India as an experiment. A bench of Justices B.R. Gavai and Surya Kant was responding to an NTCA application for “permission to reintroduce cheetahs from Africa to suitable sites in India.”

Now, why did the NTCA’s application ask for cheetahs to be introduced in the first place? (‘Reintroduction’ isn’t accurate considering the species of cheetah to be moved hasn’t previously existed in India.)

Dharmendra Khandal, a conservation biologist with an NGO called Tiger Watch, said the project’s aim isn’t conservation – but tourism instead.

Members of the expert committee, and other scientists and researchers, have long said one of the project’s primary aims is to conserve India’s grasslands and grassland species, like the great Indian bustard and the caracal. But Kuno is a dry deciduous forest.

The aim couldn’t be cheetah conservation either given how the NTCA has picked Southeast African cheetahs (Acinonyx jubatus jubatus) to move to India – a species that’s better conserved in Africa.

So as such, the project’s ecological motivations remain suspect. For another example, consider how officials at Yellowstone National Park reintroduced wolves to fulfil an ecological role – to stabilise the local elk population. The wolves hunted elk populations that had become bigger than Yellowstone could hold. The wolves also preferred undernourished bull elk, which were easy prey in the dry season. This spared the cow elk to reproduce, give birth to more bull elk and keep the population stable.

Officials at Kuno also circulated a poster advertising the call for tenders. 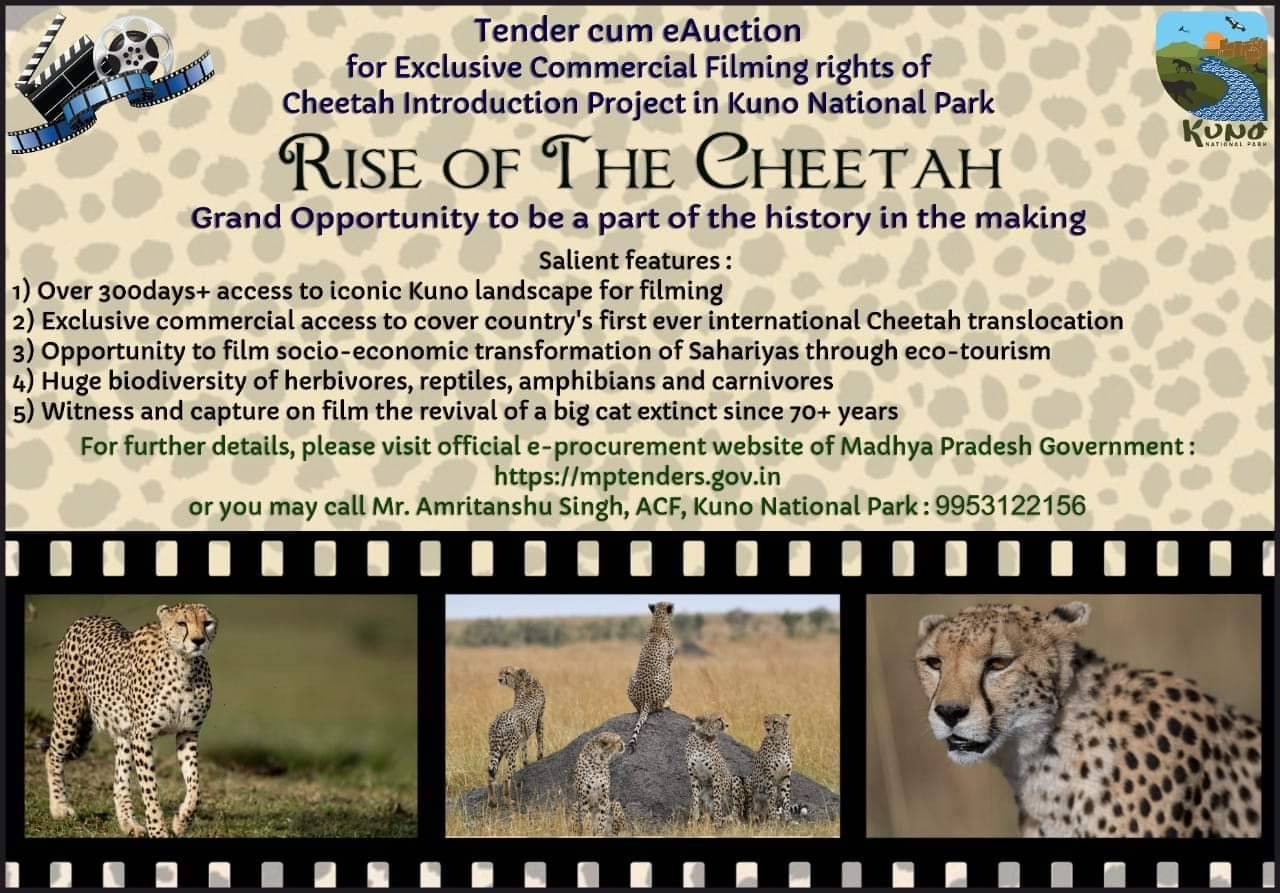 “I am all for recording this historic event, but I would rather see the scientific plan – both for documentation of the introduction process and the process itself – than a tender for commercial filming,” said Abi Vanak, an associate professor at the Ashoka Trust for Research in Ecology and the Environment, Bengaluru.

Vanak said that the scientific community at large hadn’t had a chance to review the introduction plan. “A nationally important conservation plan such as this should be based on sound open science, but there’s no transparency on the details of the introduction program.”

Recently, Y.V. Jhala, a dean at the Wildlife Institute of India who has carried out feasibility studies for the introduction project, told Hindi newspaper Dainik Bhasker that an unspecified entity would take three or four of the 12 African cheetahs to Mukundra Tiger Reserve, in Kota, Rajasthan. But the timeline is, again, unclear.

This detail only muddles the picture more. For example, Jhala has also said the NTCA will bring 40 cheetahs to India – as well as that it will relocate 35-40 cheetahs “across the identified sites”, including Kuno and Mukundra.

On September 6, member-secretary of the NTCA, S.P. Yadav, told Hindustan Times that 12-15 cheetahs are likely to be moved this year or early 2022, and that over the next five years, 40-50 cheetahs “are likely to be reintroduced” in all.

Given Singh said the NTCA would bring 8-12 cheetahs to Kuno, and that the numbers are approximate, we are only left with more questions.

“It’s a landmark project that is unnecessarily shrouded in secrecy,” Vanak said.

Jhala responded to a request for comment by deferring to the NTCA. But the NTCA didn’t respond, including to multiple requests to clarify as well as to share a copy of the introduction plan.

Also read: The Ecotourism Problem That Arises With Proposed Changes to the Forest Act 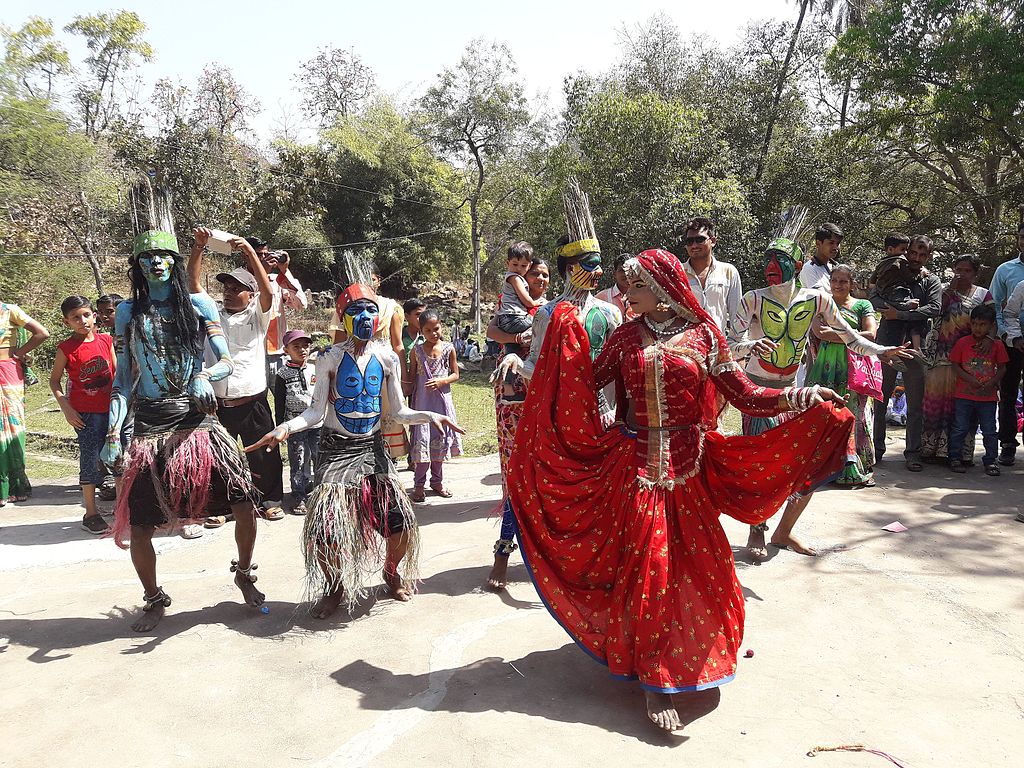 According to the poster, filming the cheetahs is an opportunity to film the “socio-economic transformation of Sahariyas through eco-tourism.”

The Sahariya is a local community of people spread over 54 villages within a 10 km radius of Kuno National Park. Most members of the community currently perform agricultural and contracted labour work.

However, Singh said “we don’t have a solid plan yet” about the promised “transformation”. “But it’s a natural process… Once a glamorous species arrives, tourism will automatically go up and this will significantly improve the life of Sahariyas.”

He added that ecotourism committees with members of the Sahariya are already in place.

However, Khandal said this is not the way to transform the socioeconomic conditions of an entire community – which “cannot happen with one cheetah project. At the most, five or 10 people will be part of eco-tourism plans.”

There are no other details in the public domain, so the claim that the Sahariya will benefit remains suspect.

For Vanak, as he said, “it seems like they have already decided that Sahariyas will benefit through eco-tourism.”