In Rebuilding Kedarnath, a New Disaster in the Making

The devastating floods of June 2013 highlighted the need for sound planning and construction in the high-altitude terrain of the Himalayas. That lesson and concerns of geologists, however, are being ignored in its reconstruction. 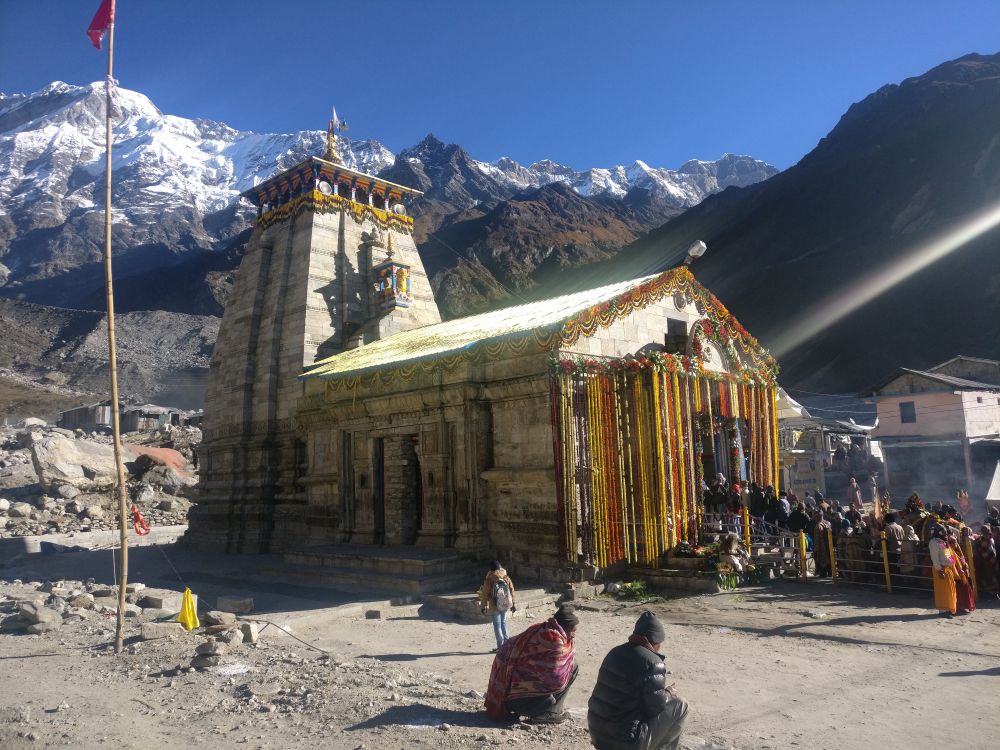 Kedarpuri, Uttarakhand: Even after the Himalayan tsunami of June 2013, the Kedarnath temple did not lose its beauty. Built between the 9th and 11th century, it has retained its indelible unity with the austere Kedar Parvat in the distance. That this was accomplished ten centuries ago and at an altitude of over 3,500 meters above sea level in this snow-clad region is astonishing.

“The architects of that time took great care that this building should be beautiful but architecturally stable also,” said Shekhar Pathak, a historian of Himalayan societies. After the flooding of 2013, a few cracks appeared in the front and left walls. A door was damaged, but the temple stands firm – proof of the technical rigour of the architects who built it.

As Kedarpuri – a town in Kedarnath – recovers from the devastation, modern planners face a similar challenge: can rebuilding be done keeping in mind the terrain of the Himalayas? 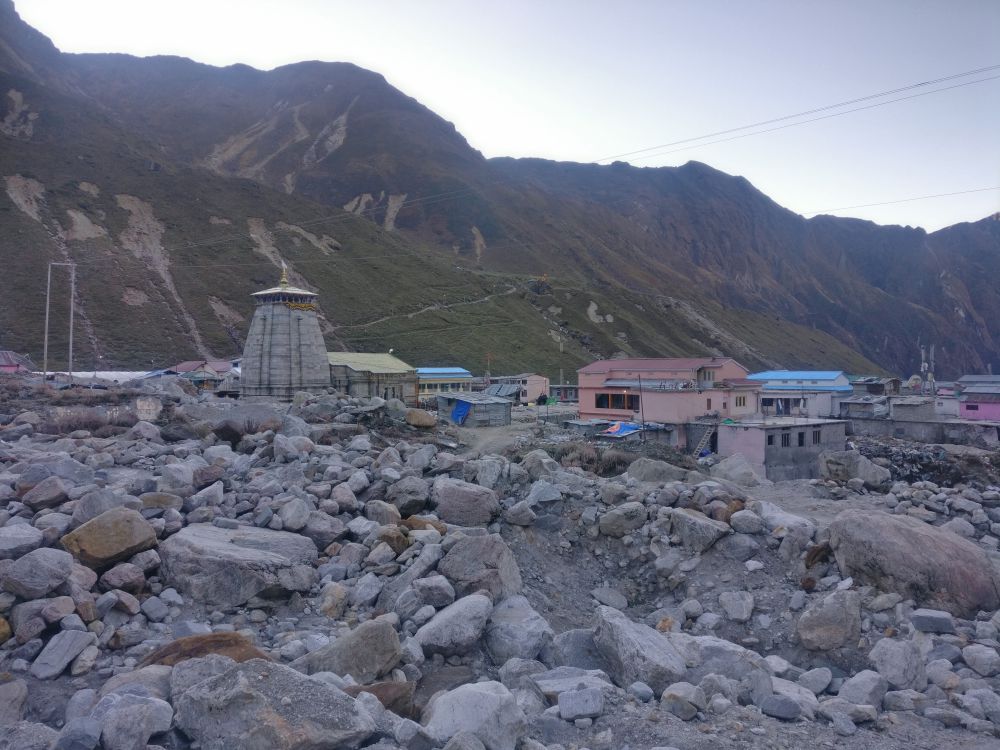 Gesturing at the temple, Pathak said, “A picture taken in 1882 shows only the temple and no other settlement around it. The settlement has developed only in the last 50-70 years, with no planning and regulation, constructed in very irregular and uncontrolled manner.” Before the disaster of 2013, the temple remained hidden by modern buildings in the cramped and unattractive township. “It was not, as one would imagine, couched in nature’s lap.”

The Bhairav Mandir, about 200 metres from Kedarpuri, offers an aerial view of Kedarnath. Four years since the tragedy of 2013, the grand, golden-roofed temple is again surrounded by multi-storied buildings with flat concrete roofs, completely at odds with local tradition and terrain. 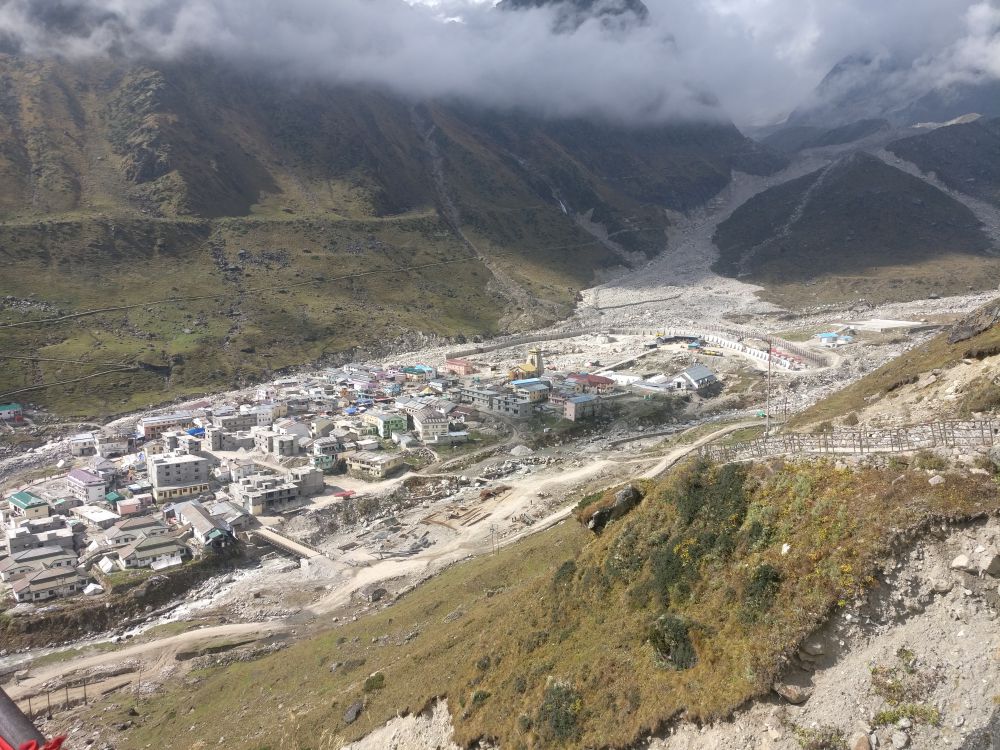 D.K. Sharma, 68, who was on a visit to Kedarnath for the second time said, “I came here before the disaster in 2011, and the situation was very bad then.”

“The temple was not visible. The lanes were very congested. Since the disaster, paths have been widened, but the buildings have been made by the same way again,” he said.

The agency responsible for the reconstruction is not one with expertise in urban planning or construction – rather, the job has been handed to the Nehru Institute of Mountaineering (NIM). 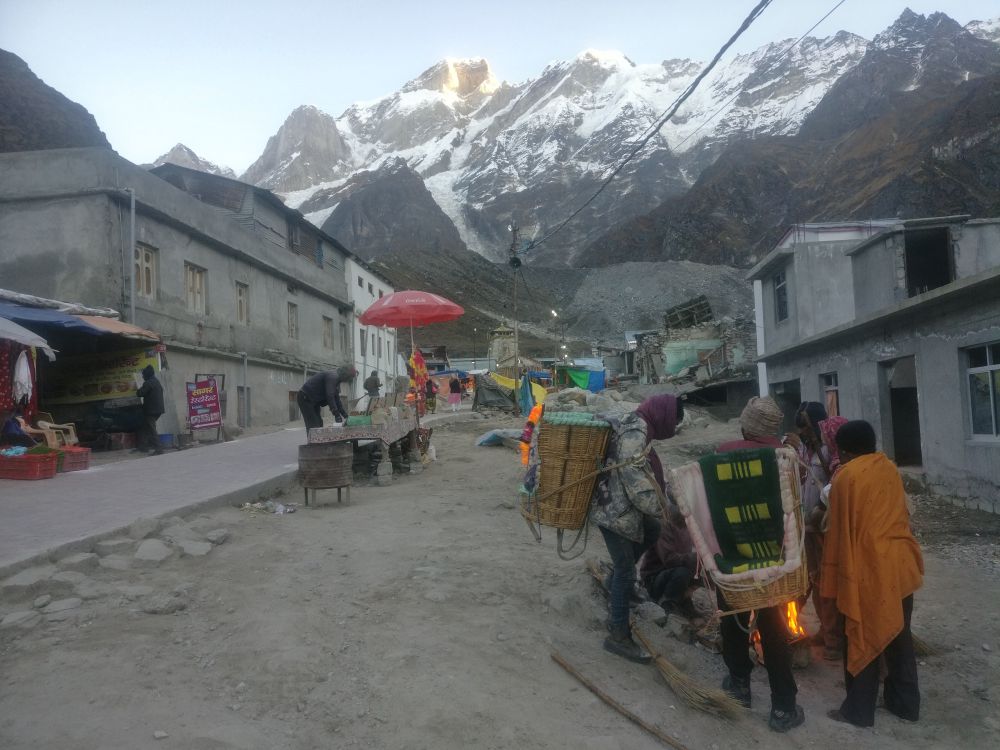 The principal of the NIM is a decorated army officer, Colonel Ajay Kothiyal. “Everyone said that this work of reconstruction cannot be done before at least five years,” he explained. “The yatra was to be closed for five years as well. But then the chief minister, Harish Rawat, gave us the challenge to do this work before the start of the yatra next year. He gave us a free hand. We worked hard day and night, and the yatra started in one year. Our colleagues did this challenging job which specialist construction agencies had refused.”

Expert agencies had insisted that construction work should not begin too soon after the disaster, and not without due scientific planning.

The Wadia Institute of Himalayan Geology, which has studied the Chorabari Glacier and lake for nearly two decades, and runs a monitoring camp there, published a report with this primary recommendation:

As the Kedarnath town is situated on the loose unconsolidated outwash plain of the Chorabari Glacier, the recent catastrophic event of June, 2013 has deeply shaken the whole area which will take couple of years to get re-established or normalised. Therefore, the newly deposited glaciofluvial material should not be disturbed. The area does not have enough space or machinery to remove and dump this huge debris. Therefore, no attempt should be made to disturb it in the near future.

I met Dr D.P. Dobhal, a senior glaciologist and the lead scientist behind the report, at the institute’s Chorabari monitoring camp.

“We made many suggestions in our report, in accordance with higher Himalayan geology, which should have been kept in mind,” he said. “It looks they have been ignored in the new construction.”

“There is no doubt that the team of NIM worked very bravely at such an altitude,” he added. “But the result is lack of foresight and planning. The way concrete and heavy construction materials have been used should not have occurred in terrain made of the glacier debris.”

Dr Naveen Juyal of the Physical Research Lab in Ahmedabad shares the same opinion. “The flood in Kedarnath brought so much debris that it covered the town up to several feet,” he said. “It was not scientific at all to make anything here until this debris settled down. When new buildings are being built here, it is essential that their foundation go down to the very bottom of the debris. I do not know whether this has actually been done.” 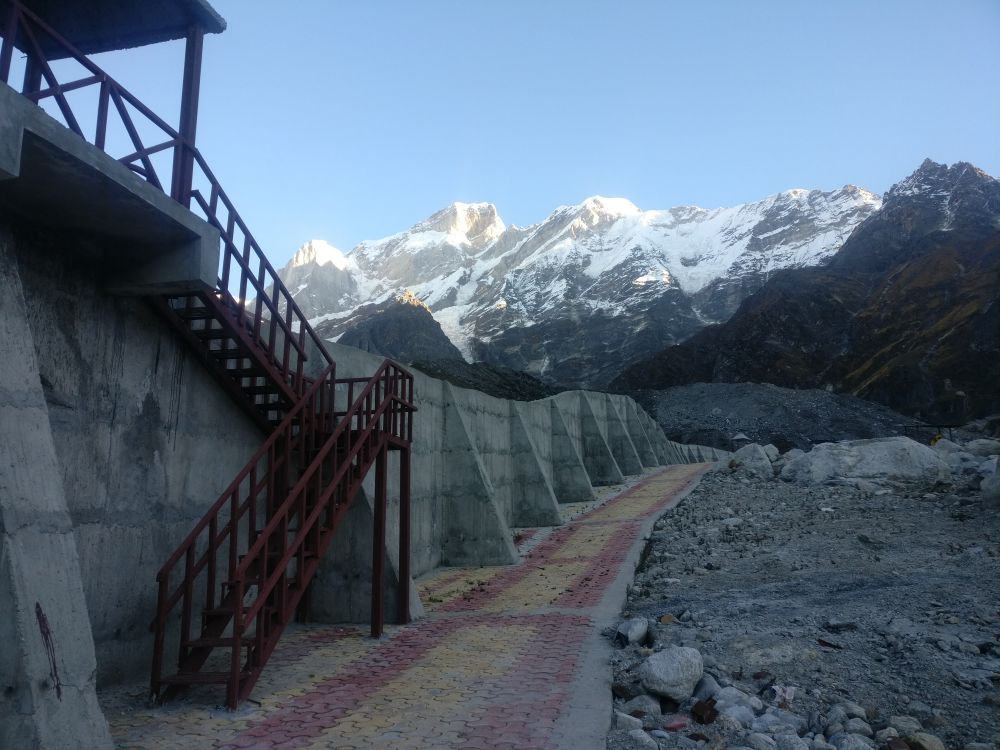 A three-tier wall is being built to save the town from any flood in the future. Credit: Rohit Joshi

He added that heavy buildings should not be constructed over glacier debris. “If you look at the architecture of traditional societies at these heights, you always see that wood or other light-weight material has been used. In Kedarnath, nature gave us an opportunity by slapping us with this devastation. We should have taken lessons from traditional knowledge. Light buildings with sloping roofs of wood and stones. But it looks like we have missed this opportunity.”

Colonel Kothiyal of the NIM rejects the concerns of the geologists. “From a distance, everything seems easy, but working here was very challenging,” he said. “It was necessary to have facilities before the commencement of the pilgrimage in Kedarnath next year. People would come, even if we did not offer any facilities because it was a question of people’s faith. ”

Prime Minister Narendra Modi made a grand visit to Kedarnath last week and laid the foundation stones for the construction projects worth Rs 700 crore.

“When so much money is being invested and huge infrastructure is to be created, then all environmental rules will be taken into account,” he announced. “It will be rebuilt in harmony with nature. There will be modernity in it, but its spirit will be the same which the soil of Kedarnath has retained for centuries.”

The prime minister’s promise seems suspect when rushed reconstruction has already paved the way for yet another irresponsibly planned, concrete town. 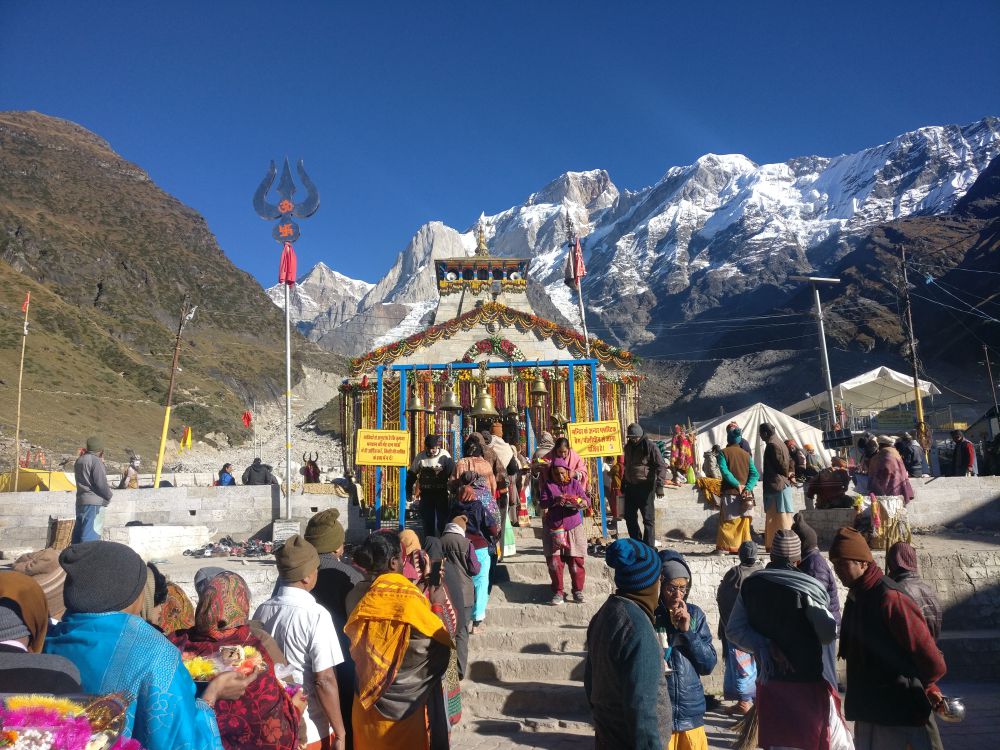 Kedarnath was built between the 9th and 11th century. Credit: Rohit Joshi

The PM also shared his dream of an ever-expanding pilgrimage: ”After the disaster, the number of yatris was reduced, but I am happy that more than 4.5 lakh yatris have visited this time. You can take this in writing, next year it will be at least ten lakh.”

The Kedarnath temple will stand its ground and watch, seeing if the new Rs 700-crore schemes come with a new vision, in which the lessons of the 2013 disaster have also been absorbed.

Rohit Joshi is a freelance journalist working on Himalayan environment and societies.