A new study has found that horns of rhinos poached in Kaziranga are smuggled through as many as three routes leading to hubs in neighbouring countries. 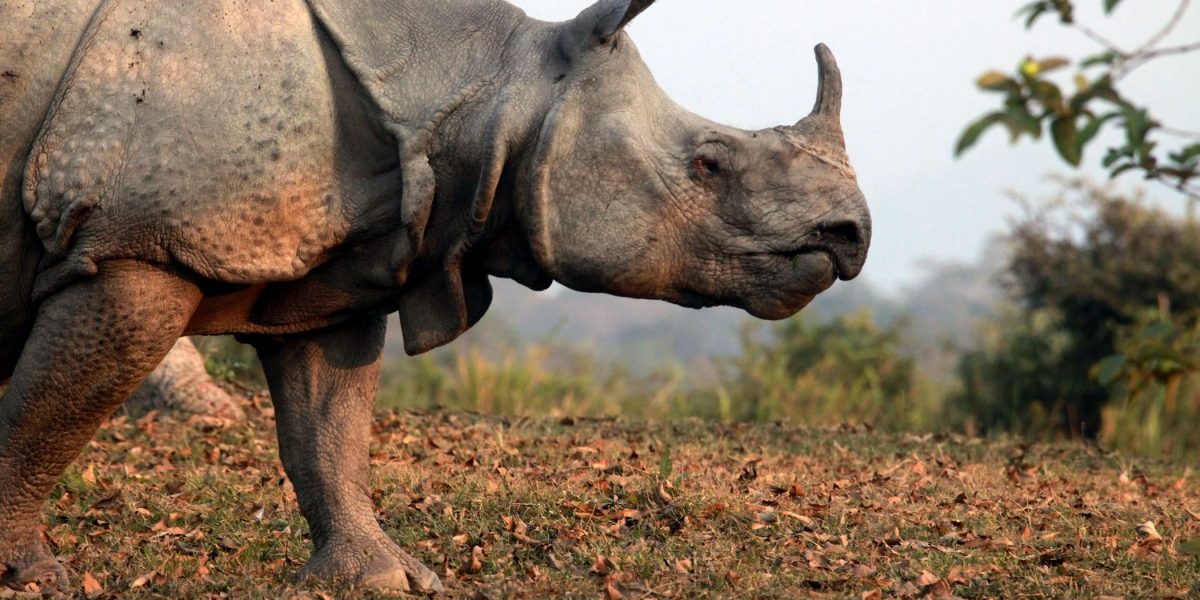 Rhinos are poached in Assam’s Kaziranga National Park and their horns smuggled through as many as three routes leading to hubs in neighbouring countries, a new research has revealed.

Earlier it was assumed that the killing of one-horned rhinos was sponsored only by gangs from Nagaland that would meticulously put together a team comprising shooters from the hill state, rifle suppliers from Assam’s Karbi Anglong and guides living in the villages near the park.

During interrogation, apprehended poachers revealed details about two hotels in Dimapur where plans were firmed up, deals clinched and shooters from the neighbouring Sekia village selected for the operation. But this was only a part of the entire story of rhino poaching at Kaziranga, which is also a World Heritage Site.

“There is another route through Manipur which has been used more by poachers due to various factors. Security is low and the region is also full of militant outfits that have signed ceasefire agreements with the government,” said Mrinal Talukdar, author of the monograph titled ‘Mandalay’ which was funded by the Centre for South East Asian Studies in Gauhati University. It is a compilation based on extensive field research for close to three years in China, Vietnam, Cambodia, Thailand, Myanmar and India.

That the hunters’ trail also led to Manipur was discovered accidentally when the police interrogated a ‘suspicious’ looking passenger named John Thang two years ago near the park. Thang spilled the beans within minutes and the leads took the police to Bandarbosa Pahar within the park where a makeshift camp erected by the poachers was dismantled. Detained from the camp was one Simon Lakra, who also had 300 rounds of ammunition of AK-47 in his possession.

Also read: The Rhinos of Kaziranga, Floods of the Brahmaputra, and the Politics of Assam

After being quizzed, Lakra made the astonishing revelation about the involvement of militants from Manipur’s border district of Churachandpur, which is home to many over ground rebel groups belonging to the Kuki-Chin-Mizo ethnic groups. His task was to receive the shooter and supply ration to the camp(s). But their modus operandi was different from the groups in Nagaland. The Manipur gang would stay at the camp inside the park for some days to shoot the rhino. The spurt in rhino killings at Kaziranga since 2007 is attributed to the involvement of these gangs from Manipur. Confiscated rhino horn at an office of the forest department in Golaghat. Credit: Mrinal Talukdar

Information about the third route of the poachers through Arunachal Pradesh is sketchy in the monograph. It only mentions Itanagar and Naharlagun in the border state as places from where the operations are planned with some immigrant Muslims inhabiting villages on the north bank of the Brahmaputra in Assam roped in as the shooters and suppliers of logistics.

All roads lead to Yunnan

Poachers disperse from Kazirang after killing the rhino and slicing its horn. Bringing the item to Guwahati and then transporting it either to Dimapur or Imphal by bus is considered a safer option by the shooters. Subsequently, the item would land at Koale or Chikha in Myanmar across Manipur’s Churachandpur where a kingpin named Lampu would receive the consignment after payment of a reasonable amount to the suppliers (Lampu’s name was revealed by poachers to the police).

From these two towns, the rhino horn would be sent in the northeast direction of Myanmar to a city called Mongla in the disturbed Shan State through Mandalay, where another group of buyers would purchase the item to be taken to China. Finally, the horn would be sold either in Kunming or Gunjum in China’s southwestern province of Yunnan, which has emerged as the most prominent hub of rhino horn in the entire region.

The monograph adds that the rhino horns reaching Vietnam finally land up in the lucrative markets of China which tallies with the reports compiled by Elephant Action League, CITES and IUCN some years ago. Trade in the item was banned in China in 1993. Also, rhino horn artefacts can be traded in China if they were made before 1945, but there is hardly any check on its import from the Southeast Asian countries.

Naturally, the multiple routes to China have ensured the availability of all the three categories of horns in Yunnan – fire rhino (Sumatran) which is the most expensive, water rhino (Indian) which fetches lesser price due to low weight and the African rhino. They are mostly used as pendants, traditional medicines and luxury goods.

Each horn is again categorised into different parts. “The tip and middle part of the horn is expensive. The price shoots up if blood clots are found on the horn which explains why the horn is chopped when the rhino is still alive,” the monograph explains, adding that Assam’s contribution to the total quantum in the international market was only about 9% in 2017 out of a total of 1,300 horns.

So one horn would usually be hacked into smaller pieces with the price for every gram fetching about $200-250 in Kunming or Rs 1.3 crore for a kilogram. The rates were found to be fluctuating but have steadily shot up since 2007-8, which also coincides with the crash in Wall Street and a spurt in the theft of the item from museums in Europe. The monograph quotes reports published by the IUCN, CITES and TRAFFIC as saying that large-scale investments have been made by business houses in the item as it is considered safe, like paintings. The multiple routes and the demand for the rhino horn notwithstanding, the situation in Kaziranga could be heading for a change. Nine rhinos were gunned down in 2017 as compared to an average of 16 every year between 2006-16. The uproar that followed compelled the state government to order a CBI probe which subsequently registered three cases and the formation of a task force to check the menace. Many suspected poachers have also been gunned down which fuelled allegations that many among them were locals killed in fake encounters.

The monograph identifies three factors that have helped check the killings – improved coordination between the police and forest department, creation of an informers’ network and removal of encroachments at the foothills of Burapahar, which deprived the shooters of local guides.

But it also sounds a note of caution that all efforts to check poaching could come to nought if the exercise does not enlist the support and cooperation of Nagaland and Manipur since the kingpins are based in the neighbouring states. The demand for the horn also seems to be mounting in China which would always be an incentive for poachers to try their luck in the park despite the dangers involved. The monograph is unequivocal in concluding that the poaching of rhinos in Kaziranga can only be curbed but cannot be brought to an end.

Rajeev Bhattacharyya is a senior journalist in Guwahati and author of Rendezvous With Rebels: Journey to Meet India’s Most Wanted Men And Lens and The Guerrilla: Insurgency in India’s Northeast.