The Rhinos of Kaziranga, Floods of the Brahmaputra, and the Politics of Assam

What the confrontational politics of India's northeast will mean for the future of panicked animals trying to survive a flood every year is unclear. 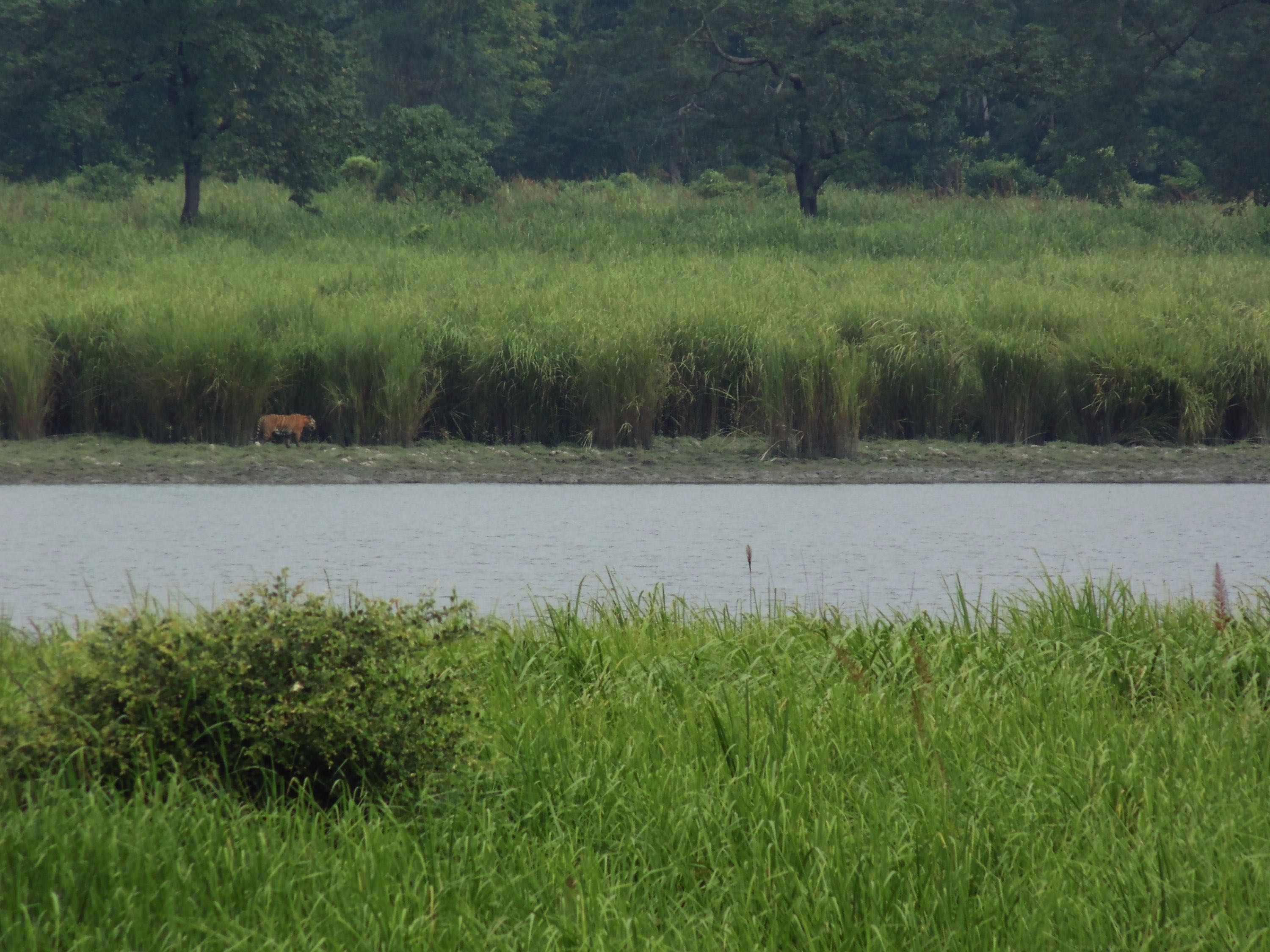 A rhino floundering through flood water, nostrils and eyes just visible over the flood line, has become an iconic symbol of Kaziranga. Each year, the Brahmaputra river floods during the monsoon, inundating the state of Assam. People are displaced, wildlife scatters and infrastructure is destroyed. Yet the flood has a unique relationship to Kaziranga National Park.

The park is in the Brahmaputra floodplain and is a mosaic of forest, wet grasslands, riparian areas and wetlands. Flooding is essential for the area. In fact, it has shaped the ecosystem. For example, flooding creates exchanges in nutrients and fish between wetlands and the river and silt deposition regenerates the plain. But another unique thing about this national park – shaped by nature but demarcated by the political and administrative human hand – is the way its wild animals are characterised.

Each year, dedicated teams from forest departments and NGOs rescue scores of animals from the floods in the Kaziranga landscape. While natural disasters generally have unknown or unquantified tolls on wild animals and nature, Kaziranga’s abiding efforts to save its wildlife is both unique and sustained. It grants a degree of citizenship to the animals. Traditionally, human interventions in sanctuaries for wild animals have been looked down upon. The late Machali, Ranthambhore’s tigress – also known as the most photographed tigress in the world – was kept alive through frequent capture and medical interventions, which evinced its fair share of criticism. Machali was so familiar that she was granted personhood. When she died, she was given a state-sponsored funeral, dying more as a Great Lady than as a tigress.

In Kaziranga’s inhospitable, mosquito-ridden, leech-inflamed terrain, wild denizens – rhinos, elephants, hog deer, swamp deer, tigers, wild buffalo and many more – are treated as inherently wild until the flood arrives. Then it appears that the gap collapses between wild and dangerous, and between the familiar and those needing help. Rescuers brave life and limb to save and also rehabilitate these wild animals, with admirable determination and resilience. While we have an understanding of loss to human and life and property, amazingly, such a roster also exists for Kaziranga’s animals.

A study using satellite images of the annual flooding in Assam between June and July 2012 revealed that “4.65 lakh hectares was submerged, 3,829 villages marooned, and 23.08 lakh people were affected”. In 2017, 144 people were reported to have died in Assam. This year, more than 140 animals, including seven rhinos, 122 swamp deer and two elephants (known, incidentally, to be excellent swimmers) have died. Several others also have been rescued this year. But key questions remain unanswered.

One, the Kaziranga flood shows that landscape ecology needs to be privileged over just protected area boundaries. While the park itself is in a low-lying area, wild animals need to move to higher ground. The adjoining and higher Karbi Anglong hills are a traditional dispersal and sheltering area during floods. However, there are a host of growing disturbances between the actual (and well-protected) national park and increasingly disturbed surrounding areas. In the immediate landscape, quarrying permissions have been granted, cars speed and brick kilns have operated. Further, similar to many other protected areas, human settlements are expanding. Not only are animal migration corridors being cut (the animals usually reach Karbi Anglong hills only after crossing a highway), highlands have also been taken over by people. However, unlike in other parks, the issue of ‘encroachment’ is problematised and framed as an illegal, foreign act.

It has been alleged that ‘encroachers’ in the national park are illegal and Bangladeshi both, a charge that is only likely to be more flammable under the political current regime, which has a hardline policy against Bangladeshi settlers. The cracks are deep. In an eviction drive last year, two people died in clashes with the police. What this confrontational politics will mean for the future of panicked and dispersing animals is unclear. Will people, already in conflict with the authorities, find themselves at the centre of more profound human-wildlife conflict? Will the animosity clear the area of settlers, only to make way for more grandiose development schemes? Or will the area be safeguarded from human disturbances?

Two, while the flood is a natural phenomenon, it is difficult to say how climate change will further impact rainfall and flooding. One of the ways out, say many people connected to field conservation in Kaziranga, is to artificially create more highlands and islands for the animals to seek refuge in. If the impacts of floods are getting exacerbated by humans – such as human-made obstructions for wild animal dispersal as well as disturbances to river flow – then human engineering providing an answer is only fair, many argue.

Three, while Kaziranga is a national park and a centre for amazing biodiversity, it is also an important route of commerce. National highway #37 goes through the park, with a steady stream of both commercial and private vehicles that cause both death and disturbance to wildlife. The National Green Tribunal has been listening to the matter of disturbance and illegal construction within the park and its eco-sensitive zone. On the tribunal’s orders, speed sensors and interceptor vehicles have been deployed to monitor vehicles.

Now that the floods are receding, animals will be moving back inside the park and are in a particularly vulnerable position. In the early spate of floods, many animals are killed on the highway every year (apart from in other collisions throughout the year). This July, of 81 animals killed, 13 died on the highway after being hit by cars. Many suggest that at least during the flood and its aftermath, the highway should be completely shut down. It is well established that roads have a severe impact on species—causing not just death but also disturbance, and an aid to poaching. Despite regular accidents, there are plans to expand this highway.

The flood comes each year. Despite the forest department’s best efforts, wildlife dies each year, sometimes flooded and drowned, often commercially poached. But while many other animals might die anonymous and unmourned deaths, Kaziranga’s unique story sometimes grants its own some space in a government roster, sometimes even a second life.

If the wild animal is a conscionable entity, then this is problematised by the fact that though a flood can be seen as an ‘act of god’, human activity certainly is not. If people continue to block refuge and highways are further expanded, then acts of god become more cruel and, irreversibly, more anthropogenic.