Karnataka’s Sixth Tiger Reserve Is Emerging Where Dacoits Once Roamed

The hideout of former forest brigand Veerappan is turning into a tiger reserve with almost two dozen big cats prowling around. In recent years, tigers have repeatedly entered Pilibhit's farmlands and homesteads and have then been captured by authorities. Representative image. Photo: AG/Unsplash

The black and white image of a beaming youth with a life-affirming smile adorns the nearly worn-out entrance of the wildlife range office located a little away from the famous Male Mahadeshwara Temple in Southern Karnataka’s Chamarajanagar district. A guard on duty says that it is the portrait of the former Indian forest service officer P. Srinivas, who was beheaded in 1991 by the then elusive forest brigand, Veerappan, after being abducted and severely tortured for several hours.

The MM Hills (Male Mahadeshwara Hills) forests that surround the centuries-old abode of Male Mahadeshwara, an incarnation of Hindu God Shiva, and its geographical extension, the Sathyamangalam ranges in Tamil Nadu, were the impregnable fortresses of Veerappan for about quarter of a century till he was gunned down in an encounter on October 18, 2004.

The dark past of MM Hills

Posted in Kollegal division of Karnataka forests to which MM Hills then belonged, forest officer Srinivas disregarded the prevailing popular notion that only armed operations could help nab the dreaded sandalwood smuggler-turned-poacher. He had banked on diplomacy and good sense.

After Srinivas started winning the trust and confidence of the local community, especially the residents of the brigand’s native village, Gopinatham, located deep inside MM Hills, Veerappan began considering him as a challenge to his authority and security. Using his own local network, Veerappan informed Srinivas that he would surrender if the officer himself came unarmed to meet him. Throwing caution to the wind, Srinivas went into the Sathyamangalam forest where he was subdued by the brigand, who cruelly tortured the forest officer for hours together and finally beheaded him in a gruesome manner.

Later, in an interview, Veerappan said he had kept Srinivas’s head as a souvenir for a number of days. According to forest officials, Veerappan and his team might have killed 184 people, slaughtered around 2,000 elephants and looted sandalwood worth Rs. two billion (Rs. 200 crores) from the two neighbouring states. It took 13 more years after the beheading of Srinivas for the Special Task Force set up by Tamil Nadu to gun down Veerappan.

May 25 1993, was the bloodiest day in the history of the hills, local resident S. Kirushnan recalls. Six police personnel were killed in a violent encounter with Veerappan and his gang. In a counterattack unleashed at the base camp later in the day by the task force, ten members of the Veerappan gang were gunned down before sunset.

The locals still carry the horrific memories of that incident in their minds. But MM Hills region is now slowly shrugging off the unsavoury Veerappan legacy and moving forward.

Tigers roam where bandits once did

The Sathyamangalam Tiger Reserve, which lies in the confluence of Eastern and the Western Ghats, was declared a tiger reserve (with the legal status of a national park) in 2013. Now, in 2019, another part of the old Veerappan lair, the MM Hills Wildlife Sanctuary, demarcated from the Kollegal range, and the Cauvery Wildlife Sanctuary are emerging as Karnataka’s sixth tiger reserve.

Declared in 2013 as a wildlife sanctuary, MM Hills is now home to 18 to 20 tigers. By becoming a connecting link between the wildlife sanctuaries and the tiger reserves of Sathyamangalam, Bandipur, Nagarhole, BR Hills, Cauvery, Mudumalai, Wayanad and Bannerghatta, MM Hills is expected to contribute substantially to safeguarding tigers in the region.

Also read: The Ancient Alliance Between Asian Elephants and Their Human Neighbours

“A unique conservation effort was initiated in Sathyamangalam 15 years ago. Farmers whose cattle were killed by the big cats began to be compensated using our meagre private funds. That helped in at least partially increasing the tiger population, as farmers who had started getting adequate compensation stopped the practice of poisoning tigers.,” he said.

“Though my friends and I had spent more than 200,000 on compensating farmers and thus helping in improving the tiger population, non-cooperation by the authorities is now preventing us from continuing with the initiative. Hopefully, the new tiger reserve will set in motion similar plans, officially, prompting other reserves to follow suit,” added Krishnakumar. 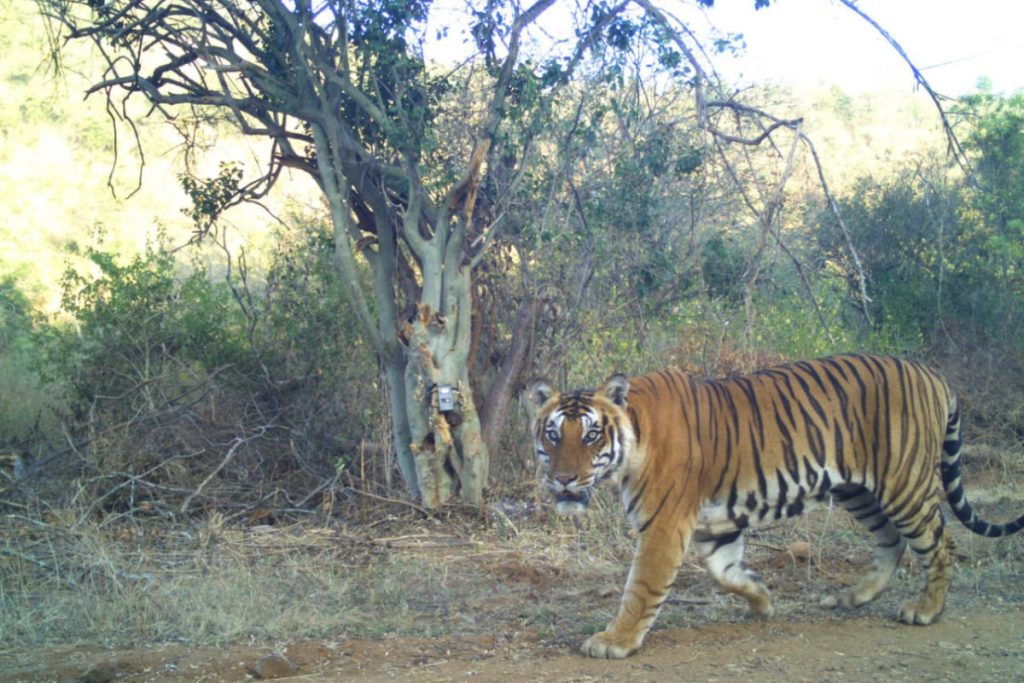 “Farmers and tribals have no aversion to tigers. They just want to protect their livelihood. If the authorities are interested in conserving tigers, all they have to do is pay affected farmers adequate compensation,” points out Krishnakumar, who once won wide accolades for his efforts to conserve the tigers in Sathyamangalam. “For a number of areas, India’s tiger conservation effort had failed to take farmers and forest dwellers into confidence. It’s important to take people into confidence to see that conservation activities succeed.”

Like Sathyamangalam, MM Hills also has a large farming community, mainly tribal people, living in the forests. Their cooperation is vital if tigers, as well as other wild animals of the proposed reserve forest, are to be conserved.

“Even after Veerappan’s exit, MM Hills wasn’t free of threat from poachers. The entry of illegal laterite quarry operators had added to the menace. A strict forest management initiative that we set in motion put an end to all illegal and anti-wildlife activities over the years. Now it is a safe haven not only for tigers but also for over 600 elephants and scores of dholes that live in the area,” said V. Yedukondalu, a deputy conservator of forests with the Karnataka Forest Department.

He stated that the Karnataka Wildlife Board has decided to accord Tiger Reserve status to MM Hills. A gazette notification has been issued in this regard and the final declaration would be made soon after obtaining a mandatory clearance from the National Tiger Conservation Authority. The authority had, on many occasions in the past, stressed the need for declaring it a tiger reserve.

The 906 square km proposed reserve would have facilities to improve the habitats of both the predator and the prey. Anti-poaching measures and steps to prevent fire as well as conserve water would be put in place once the sanctuary gets the reserve status.

Asked about the relocation of clusters of 49 forest villages and 94 villages on the peripheries of the sanctuary, Yedukondalu said there was already an option to voluntarily relocate after obtaining adequate compensation. There were, however, no plans at present to forcefully relocate anyone, he added.

There are around 60,000 people living in and around the proposed reserve. About 4,659 hectares of Section 4 forest lands in the close vicinity of the MM Hills temple and another 3249.20 hectares of government land would function as buffer zones of the reserve. 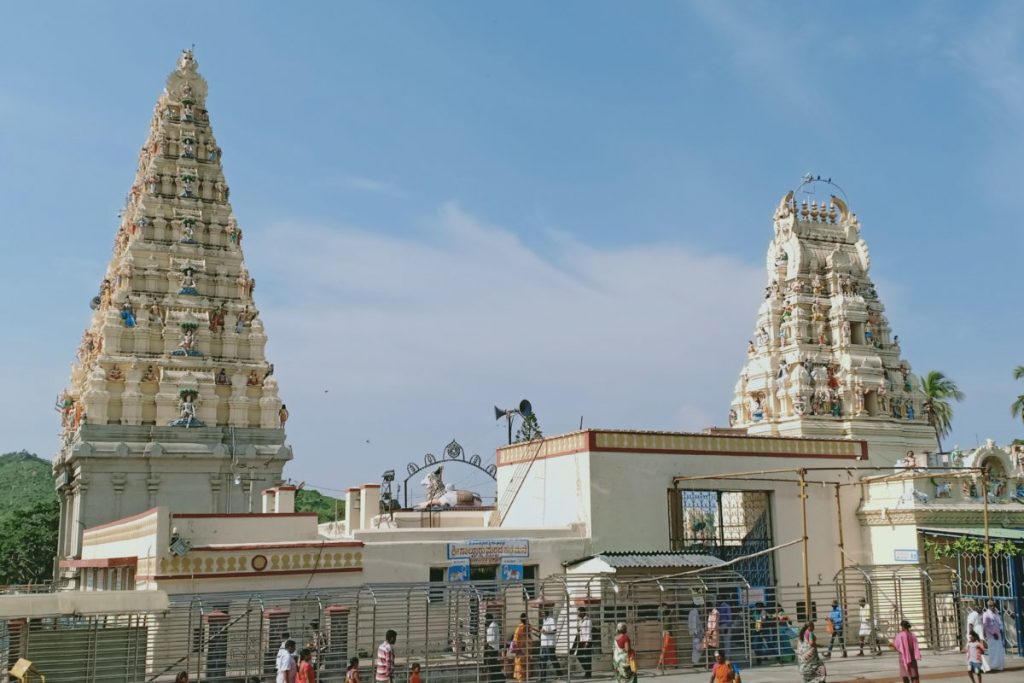 As per a study conducted by conservation scientist Sanjay Gubbi, who is also a member of the Karnataka Wildlife Board, Male Mahadeshwara Hills and Cauvery Wildlife Sanctuary have more tigers than some of the tiger reserves in India like Namdapha Tiger Reserve in Arunachal Pradesh, Kawal in Telangana and Buxa Tiger Reserve in West Bengal. There are also sambhars, wild boars and gaurs in MM Hills, while chital, four-horned antelopes and wild boars dot the Cauvery Wildlife Sanctuary, making the landscape suitable for the large cats. Two tigers were found recently in the Cauvery sanctuary. There are more than 100 tigers in BR Hills forests, and a 2017 study found that several tigers had migrated from BR Hills to MM Hills forests in recent years.

The findings clearly indicate that with adequate funding and protection, the old Veerappan lair, located at the confluence of Eastern and Western Ghats, has the scope for being developed into a high-quality reserve under the national Project Tiger initiative.

“Ironically, Veerappan helped increase the tiger population here. As his focus was on elephants and sandalwood, other animals were safe. Fearing him, no other poacher dared to go into the forests those days,” said MM Hills resident S. Mahadeviah.

This story was originally published on Mongabay and is republished here under a Creative Commons licence.