In Belagavi district, worst-hit by the floods, six people have lost their lives.

Bengaluru: Authorities have evacuated 80,000 more people from flood-hit and rain-affected areas in Karnataka, where the rain fury in the last few days has left nine people dead.

The cumulative figure for yesterday was 43,858.

Nine additional NDRF teams have been airlifted for rescue operations including five to Belagavi and two to Kodagu, the statement said. 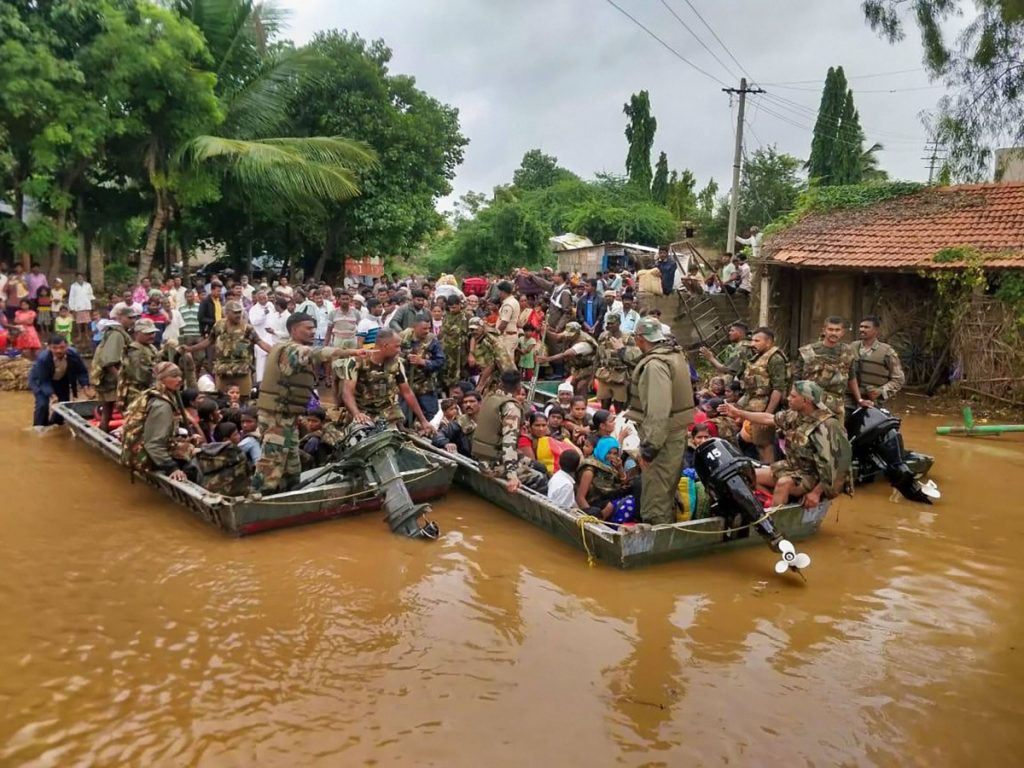 “One more chopper will be deployed in Raichur,” it said.

In Belagavi district, the worst-hit by the floods, six people have lost their lives, while 1,410 kms of road and 4,019 government buildings have been damaged.

“As on 8 am today (Friday), 3.91 lakh cusecs (of water) is reaching Belagavi border from Maharashtra,” the statement said.

The floods and rains have left a trail of destruction in vast areas of north, coastal and Malnad districts of the State.