The Jungle in Our Living Rooms

Nature programming on TV feeds a utopian delusion that pristine nature still exists in abundance – and contributes to our apathy. 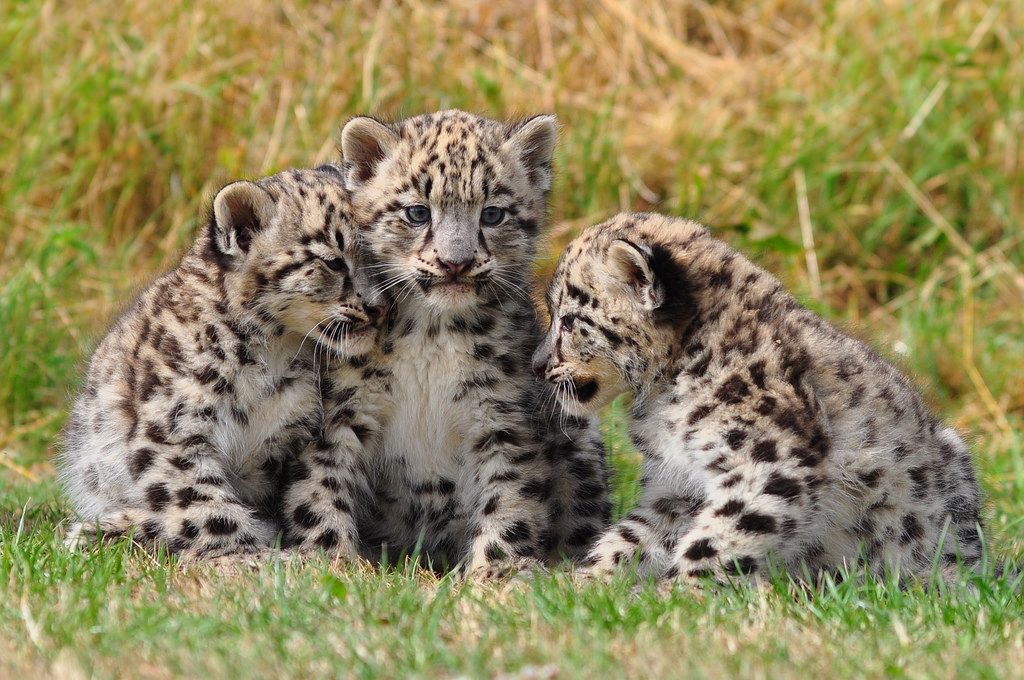 Late last year, a video of a polar bear starving in the Canadian tundra left millions of viewers devastated. Whether it was a gritty reminder of the reality of climate disruption or merely a sign of disease, it was certainly proof of how images can stir us much more than lifeless data. But the viral video was also unusual. It is more common for nature videos to lift our spirits with magnificent sights than to try and shake us out of our complacency about the state of the environment.

Nature documentaries have been bringing the wild into our living rooms since the 1960s. They take us to remote regions of the planet, and imprint in our minds an idea of the state of the natural world. At a time of environmental crisis, they continue to show images of unspoilt natural splendour. It can be said that this will make urban men and women love and want to protect it and sensitise them to environmental degradation. Yet it may be that the jungle in our living rooms only gives us a false impression of nature as an abundant resource, and deepens our environmental ignorance.

We have come a long way from Disney’s 1958 Wild Wilderness documentary, where filmmakers drove scores of lemmings off a cliff to prove the legend that they committed mass suicide (and the film won an Oscar). The huge success of the big budget blue chip format started with Disney’s True Life Adventure films (1948-1960). It led the BBC Natural History Unit, which incorporated a scrupulous scientific approach, to bring us marvellous and inspiring visions of the natural world. It gave us a peek into the lives in the wild and into the dizzying diversity of nature. The darker issue of environmental degradation, however, stayed on the fringe.

Chris Palmer has produced more than 300 hours of nature programming. In 2011, he published a book, Shooting in the Wild, that described how commonly wildlife films use fakery – using animals from game farms, inserting fraudulent sound, shooting small animals and birds on sets, using computer graphics and more. “And if you see a bear feeding on a deer carcass in a film,” Palmer writes, “it is almost certainly a tame bear searching for hidden jellybeans in the entrails of the deer’s stomach.” Many films use ‘wildlife casting agencies’, like the company Animals of Montana, whose website lists National Geographic, IMAX, Animal Planet and the BBC Natural History Unit among its clients.

Even BBC, with its high standards of filmmaking, has been accused of routinely faking footage and using studio sets and sound effects to portray animals in the wild. In 2011, the media in Britain was scandalised to learn about scenes faked for David Attenborough’s Frozen Planet. A polar bear, shown as giving birth in the wild, was actually a bear in fake snow inside a Dutch zoo. The Mirror fumed over how Attenborough defended the footage by comparing documentaries to movies: “The dodgy footage was the most touching scene in Episode Five of Frozen Planet.”

Way back in 1997, the award-winning filmmaker Steven Mills lamented that “the loss of wilderness is a truth so sad, so overwhelming that, to reflect reality, it would need to be the subject of every wildlife film. That, of course, would be neither entertaining nor ultimately dramatic. So it seems that as filmmakers we are doomed either to fail our audience or fail our cause.”

There is no doubt that most wildlife and nature documentary makers feel passionately for nature. For those of us who have been in forests know how difficult it is to see an animal, let aside see it in action. And then not just the patience but the budgets start running out, too. “If someone wants to make a film on breeding birds of Keoladeo National Park, two to three months will be sufficient,” says Asad Rahmani, a former director of the Bombay Natural History Society. “But if you are making a film on a rare species or a species that does not show up quickly or is very shy, it will take years.” Shooting wildlife documentaries is a lot of hard work and genuine wildlife action shots are hard earned. 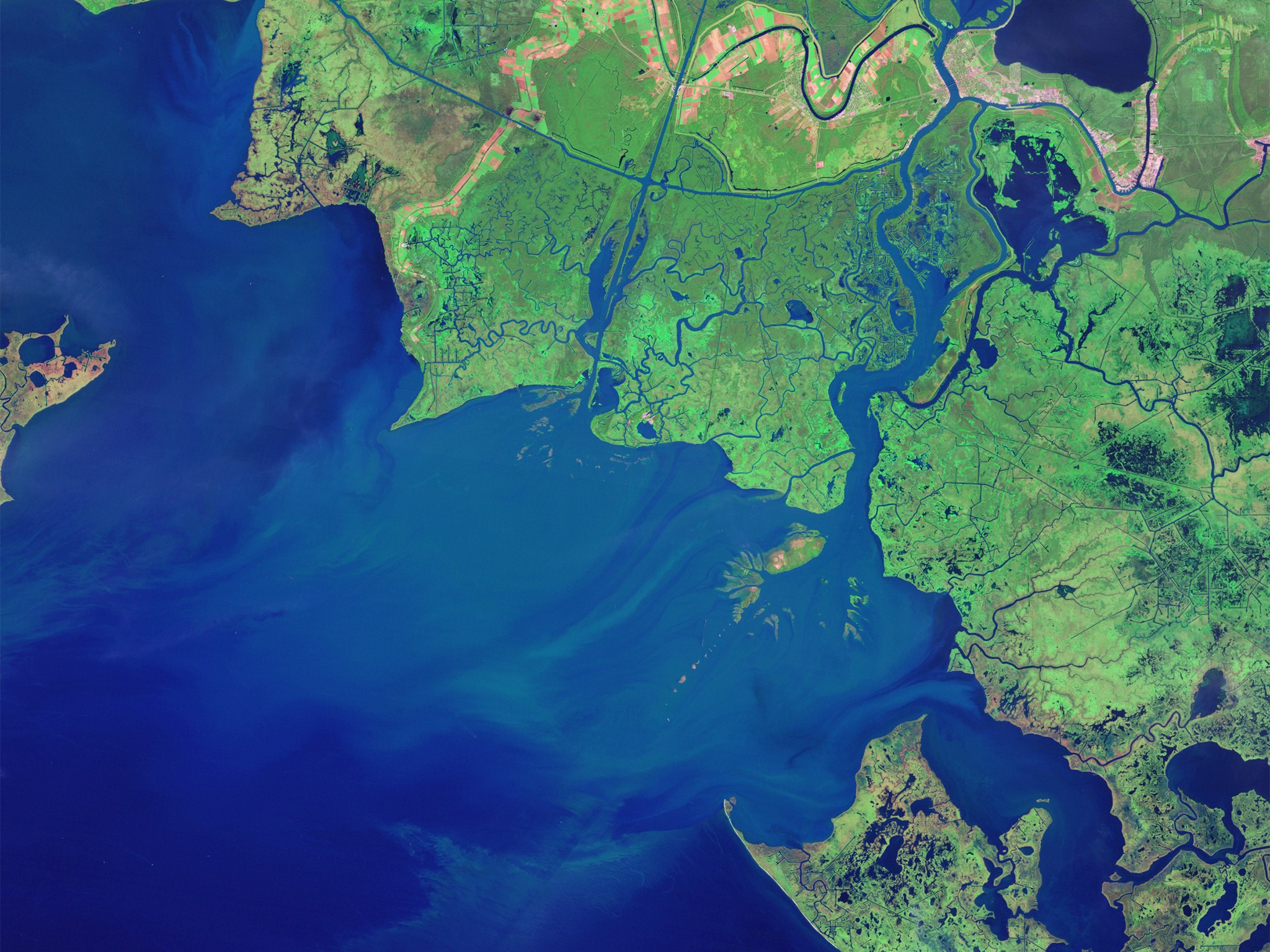 Does this place really exist? It used to, in the 1980s: the mouth of the Wax Lake Outlet and the Atchafalaya river, Louisiana. Credit: NASA Earth Observatory and USGS

Nature – most abundant on TV

This contradiction between what was on screen and what was in reality didn’t get much attention until the turn of the new century. The change in approach came about when the media as a whole began to acknowledge and address the environmental crisis. Attenborough’s The State of the Planet marked a new awareness on the BBC. In place of blue-chip, green-chip programming made its presence felt with films like The Truth About Climate Change (2006), Saving Planet Earth (2007) and Last Chance to See (2009).

Discovery, which had partnered with BBC to produce Frozen Planet, is said to have objected to Attenborough’s warnings about the dangers of climate change, since a large part of the US population is in denial about climate change. (It had also objected to his reference to contraception in The Life of Mammals (2002), as it did not want to not ruffle conservative audiences in the US). The BBC and Sir David eventually prevailed. Attenborough, unshackled by the will of producers, expressed his thoughts on Radio Times in 2013: “We are a plague on the earth. It’s coming home to roost over the next 50 years or so. It’s not just climate change; it’s sheer space, places to grow food for this enormous horde.”

On nature channels we still watch with awe the endless, untouched expanse of the rainforests; expensive footage of a parallel universe of unspoilt and profuse ecosystems, with wild animals aplenty, roaming free and undisturbed. It is a false image. It doesn’t show us the inconvenient pictures of the deteriorating environment. Today, where nature is most abundant is television.

In reality, we are facing the sixth age of extinction on this planet – the last one was the dinosaurs – and the single largest cause is human activity. Nature programming feeds a utopian delusion that pristine nature still exists in abundance – and contributes to our apathy. Huge budgets and clever editing hide the inconvenient picture of threatened wild species and degraded ecosystems. They make it easier for governments and businesses to paint environmental activism as misplaced and anti-development.

An honest representation of the issues and the condition of ecosystems does not mean films can’t offer inspiration and give hope as well. Mike Pandey’s new documentary, Gyamo: Queen of the Mountains, confronts viewers with the destruction of the habitat of one of the most endangered cats, the snow leopard. It is an excellent example of how spectacular footage from the Himalayas can be balanced with unsettling images of heaps of plastic debris left by tourists in one of Earth’s most pristine biomes.

Yet television and broadcasting technology largely continues to be an aide to masking the unprecedented scale of environmental destruction of the last half-century. It has done that by cinematically evading a reality of nature headed into ruin. We experience the ‘virtual’ wild in our living rooms, surrounded by rapid urbanisation and unrestricted consumption – our real links with the wild forgotten.

Adityavikram is an entrepreneur, nature lover and photographer currently based in Sri Lanka. Arefa Tehsin is a columnist and author of fiction and non-fiction books on wildlife. She is the ex-hon. wildlife warden of Udaipur.