Jharkhand Dam Resurrected Despite Past Bloodshed

Dam construction in eastern India to be resumed after forty years, amid violent protests and expert warnings over lack of water and tiger threats. 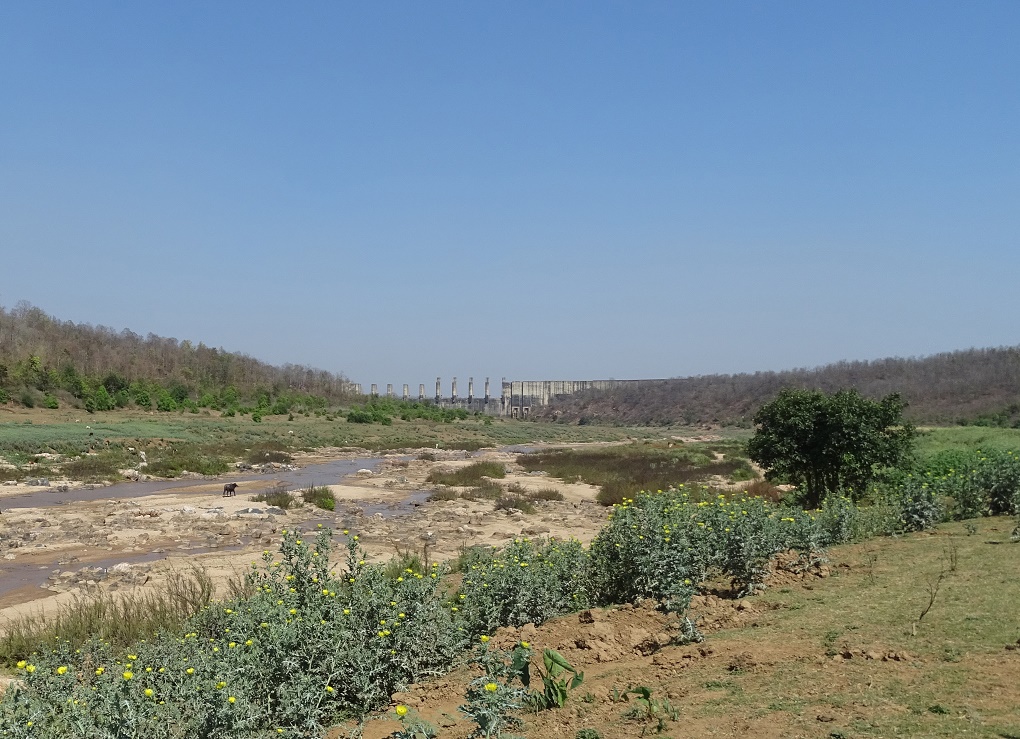 Work on the Mandal dam was abandoned in 1997. Credit: Satya Prakash

Water flowed only once through the incomplete Kutku Mandal Dam in Latehar district of the eastern state of Jharkhand. Construction had begun in 1975, and the water was released in 1997. According to a report by the Coordination of Democratic Rights Organisations, a coalition of civil rights NGOs, the water was released to shut down protests against the building of the dam.

“The immediate reason for the postponement being that in order to silence the villagers’ protests the dam engineer Baijnath Mishra shut the temporary /sluice gate of the dam in August 1997. 32 nearby villages were submerged overnight in the resulting floods, and approximately 1100 families were affected. A large number of animals died and a lot of people’s property and goods were destroyed. The elderly people in the village reported that pans for carrying cement and rubble were used as boats to rescue people. Twenty one people drowned.

On August 16, the Maoists assassinated dam engineer Baijnath Mishra. Since then the project has been shut down.”

After years of lying idle, the controversial dam will now likely be revived in the coming months. The 68 metre high dam is a part of North Koel River Project proposed for a sub-tributary of river Ganga. Unsurprisingly, plans to review the project have angered tribal villagers. They also pose a threat to the already dwindling numbers of tigers and elephants in the Palamau Tiger Reserve. The shallow North Koel River is a sub-tributary of the Ganga. Credit: Satya Prakash

Prakash Javedkar, the environment minister, first announced plans for the revival of the project in Ranchi, on his way to an election campaign in Aurangabad. In May this year, his office sent a team to Latehar to assess the revival of the defunct dam. The delay has increased project costs from Rs 430 million (USD 6.4 million) in 1972 to Rs 1.3 billion in 2015. A pick up barrage about 100 kilometres downstream of the dam, and a network of canals, is ready.

Punit Minz, a tribal activist, says the project’s gory history is set to repeat itself. “The dam might be ready but tribal families from 15 villages whose land would be completely submerged are not ready. Many people have lost lives because of this project,” he recalls.

Minz was a witness to the deaths and bloodshed in 1997 at the dam site. Maoists who claimed responsibility for the killing of the engineer of the dam, Baijnath Mishra, still operate in the area. They claim they are fighting for greater rights for tribal people and the rural poor. Their insurgency began in the eastern state of West Bengal in the late 1960s, spreading to more than one-third of India’s 600-plus administrative districts. Maoists have also formed a strong Red Corridor mainly comprising of three states – Jharkhand, Odisha and Chattisgarh – but also including parts of Maharastra, Bihar and Andhra Pradesh for easy movement of their armed cadre.

Minz warns that tribal villagers are furious over the revival of the dam. “Whole villages have been declared as submergence zone.” What makes it even worse is that these areas have been largely neglected by the government. “There have been no health centres or government facilities in the area for the last 40 years which further infuriates villagers,” Minz said.

The five villages that were displaced during dam construction have still not received compensation despite ongoing protests. Over 660 displaced families have blocked the national highway every few months to raise their issue.

Nitish Priyadarshi, a geologist and former professor of Ranchi University, points out that rivers in Jharkhand are mostly rain fed rivulets. “In the last five years, rivers like the Koel and Subrenarekha are drying up. The water flow has become extremely low,” he says. “Construction of a dam on such a river won’t serve the purpose of irrigation or power generation.”

With drying rivers, hydropower generation is limited to the monsoon months in the state. The 130 MW Sikidiri Hydro Project on Subernarekha River located around 40 kilometres from Ranchi is mostly idle throughout the year. The reservoir is supposed to be maintained at a depth of 1,925 metres to ensure drinking water, but this level has reached only three to four months in a year. On many occasions, authorities have closed the dam’s sluice gate because of inadequate water in the reservoir.

Priyadarshi warns that the low level of the water in the reservoir is because of changing rainfall patterns and water use in the region. “In such a scenario, dams on the rivers in Jharkhand are not a very practical idea,” he reiterates.

There is another problem. The project will inundate almost half of the 1,000 square kilometre Palamau Tiger Reserve. Elephants have also died in the reserve because of the construction of the Ranchi-New Delhi railway track that runs through the reserve’s elephant corridor area. Almost half of the the Palamau Tiger Reserve will be inundated because of the dam. Credit: Satya Prakash

The tiger population in the reserve is already dwindling. The reserve was home to 22 tigers in 1973 and saw unprecedented growth to 42 tigers in 2003. But in the 2014 census, the number of tigers dropped down to only three.  S. E. H. Kazmi, former director of the reserve, told the Third Pole that tiger reserve suffers from severe manpower shortage and constant gun battle between the Maoists and security forces which further hampers tiger conservation work leading to low number of tiger. Kazmi did not rule out the possibility of poaching, “When the tracking cameras fail to show visible tigers for a long period of time, then it’s a hint that the tiger has been poached,” he says.

Kazmi says that the North Koel River Project will not only reduce the area of the tiger reserve but also lead to the massive movement of armed Maoists, security forces and villagers, further disturbing the abode of tigers and elephants.

“We fear that submergence of villages will lead to more Maoists [in the reserve] leading to increased gun battle with security forces,” he says. “Once villages are submerged, then tribal villagers would have no option but to clear the forest land to build their new settlement,” he says, “this will lead to a major discontent inside the reserve.”

At the moment, the forest department works with Maoists and villagers to ensure wildlife in the reserve is not endangered. Nearly 70% of the forest guard posts are vacant and villagers have become informants and protectors of wildlife.

Kazmi wrote a letter to the National Tiger Conservation Authority (NTCA) warning them of the threats to the tiger reserve. “Now, it’s up to the authority to decide whether it should give its nod to the project,” Kazmi said.

Last year, the Bihar government agreed to reduce the height of the dam by four metres, which will reduce the area of the reserve that will be submerged, but so far that is the only change.

Since 1970 new laws has been introduced to protect the environment which have stalled the project. The Forest and Wildlife Protection Act prohibits any project that runs through protected areas or forest reserve.

However, Upendra Kushwaha, minister of state for human resource development and Sushil Singh, a member of parliament from Aurangabad district are doing all they can to get the project back on track. They have asked the prime minister to intervene and start the Koel project. Kushwaha is also advocating the Wildlife Protection Act be relaxed for this project. He refused to comment, despite repeated attempts by this correspondent.

Saryu Rai, minister for parliamentary affairs, food, public distribution and consumer affairs in the Jharkhand government, has been active in protecting rivers in Jharkhand. He believes the debate over the project is about the the kind of development the state wants. “The final decision on the issue will be taken by NTCA or the Supreme Court,” he says.

Alok Gupta is a freelance journalist who has reported from Hong Kong, India and China.

This article was originally published in The Third Pole. Read the original article here.