A Bonanza for Builders in Mumbai, Thanks to a Change in Coastal Regulations

In one stroke, certain stretches of Mumbai’s seafront have been re-designated as “bays” , allowing for the construction of skyscrapers and towers close to the coastline 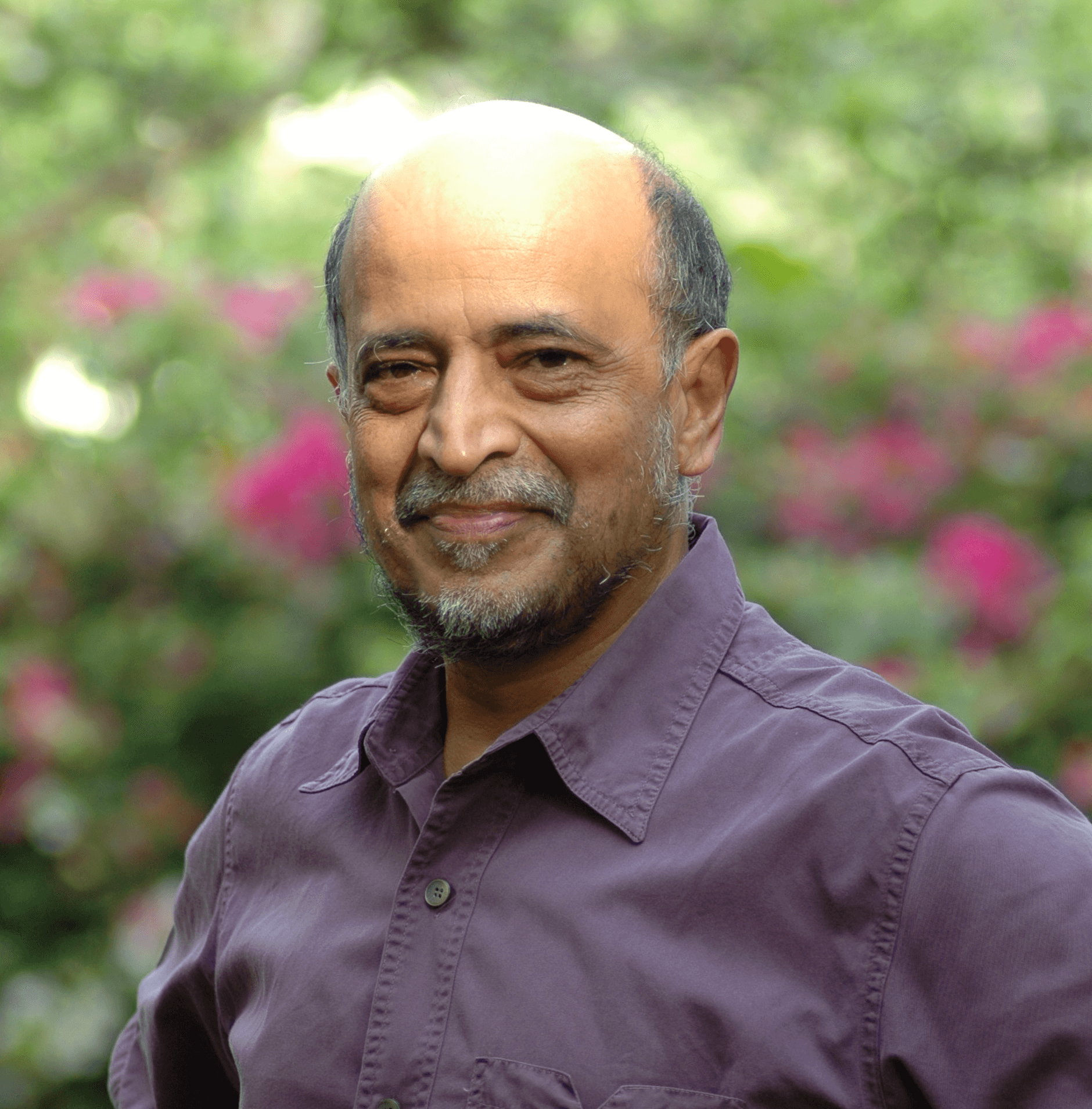 At his launch in Mumbai of his new non-fiction book, The Great Derangement: Climate Change and the Unthinkable, Amitav Ghosh made his audience squirm in their seats when he cited, as a classic instance of people’s refusal to face the truth, how Mumbaikars are building some of the most expensive real estate in the world along its seafront. While this has traditionally happened on the west coast of the peninsula, the eastern waterfront is about to be opened up for high-end development as well.

This flies in the face of facts, considering that sea levels are rising with global warming and the polar ice caps are melting, which will in a few decades from now, inundate these areas. For a change, it will be the most affluent who are marooned, even in their skyscrapers. It is no longer a matter of scientific debate, but an inexorable manmade process that is taking place right before us and to which we are turning a blind eye. New York will be another global mega city, which will similarly be affected, but it has the advantage of “barrier islands” which will, for some time only, keep the sea at bay.

No such considerations have weighed on the minds of Mumbai’s bureaucrats, politicians and the judiciary who, in their wisdom, have redesignated certain stretches of the western seafront as “bays” rather than shoreline. The Maharashtra Coastal Zone Management Authority (MCZMA) which, as its title suggests, is meant to prevent any irregular development along the shore, has fallen in line with experts and hydrographers to permit this.

This isn’t a matter of semantics because it largely frees builders from the imposition of the more stringent clause of the Coastal Regulation Zone (CRZ) law, which rules out any construction 500 metres away from the high tide line. Once it’s a bay, the no-development zone is reduced to a fifth – just 100 metres.

This sleight of hand took place when the ebullient Jairam Ramesh was the environment minister in 2011. In his massive tome, Green Signals: Democracy, Growth and Democracy in India (2015), he cites new regulations regarding the CRZ as one of the three issues for which he held large-scale public consultations.

The others were the introduction of genetically modified brinjal and the Green India mission. However, most of the notes on CRZ in his book – he made it a practice to issue “speaking orders” after every decision – relate to the rights of fisherfolk. The relaxation of the law to provide a bonanza to builders doesn’t find a mention.

The watered-down provision did not kick in until 2014. Nauzer Bharucha of the Times of India has been breaking all the stories on this front. He cited how the owners of a former cotton mill property in the middle of the island city were the first to benefit from the new clause. Hubtown builders bought the 22,258 sq metre (5.5 acre) plot in Prabhadevi, near the Mahim seashore, from the Thackersey family for Rs 350 crores in 2007, but were unable to develop it to its full potential due to the CRZ.

In 2013, chief minister Prithviraj Chavan shot down a proposed 60-storey hotel on the site, near the Mahim bay shoreline. His predecessor Ashok Chavan, also from the Congress, had magnanimously sanctioned a floor-space index – the ratio of buildable area in relation to the size of the plot – of 7.6, among the highest ever in Mumbai or the country, for that matter.

The MCZMA had given Hubtown the green signal after it submitted a report by the Institute for Remote Sensing at Anna University in Chennai, which showed that most of the plot was outside the 100-metre no-development zone.

The state urban development department, headed by the chief minister and the Brihanmumbai Municipal Corporation (BMC) rejected this as a “unilateral” decision. However, the Supreme Court cleared Hubtown’s proposal some 18 months ago, overturning the state government’s stay.

Hubtown, in collaboration with Wadhwa builders, had announced two 55-storey residential towers near the sea. This is the first redevelopment of its kind so close to the shore and this has only been made possible by redefining the city’s topography.

These developers are eyeing the potential sale of 14 lakh square feet of prime real estate, with Wadhwa constructing the towers with a Rs 400 crore loan from ICICI. Although any redevelopment of mill land requires a developer to part with two-thirds of the entire area for public housing and amenities, the state government surreptitiously changed this to two-thirds of only vacant (non-built up) land in 2001, thus reducing what was available.

Mills, typically, are low-rise structures with a huge footprint, with little unbuilt land. Hence, these developers only have to part with 1,475 sq metres – less than half an acre – for affordable homes to be built by the Maharashtra Housing and Area Development Agency.

Somewhere along the way, the development has metamorphosed into three towers, each above 50 storeys and called “The Sails” due to their proximity to the ocean. Woods Bagot, the global architecture firm, is offering “a dazzling mix of hotel, serviced residences, commercial offices, an international school [and] exclusive banquet facilities”.

This has opened a Pandora’s box for similar development in its vicinity and further south in the island city – from Prabhadevi and Shivaji Park near Mahim to Nariman Point, Cuffe Parade and Marine Drive, all now re-designated as bays. As many as 24 other projects have been cleared.

These projects have got the green signal after a favourable report from the National Hydrographic Office in Dehradun. This questions the credibility of such agencies, like the IRS in Chennai. Last year, IRS cleared a proposal by Omkar builders for its slum redevelopment scheme in Worli, close to Mahim. The very fact that it says it was “sponsored” speaks for itself. Does he who pays the piper call the tune?

The BMC has sanctioned 17 such projects in south Mumbai and seven in Mahim and Dadar. This includes schemes on Hughes Road, which has old six-storey buildings ripe for redevelopment but is also a main traffic artery.

There seems to be no rationale for such redesignation of shorelines. As environmentalists have argued, the builders’ lobby has succeeded in opening up much of the commercial capital’s coast for construction, without giving any thought to the ecological impact.

By the same token they assert that the entire east coast of India could come under the 100-metre rule because it fronts the Bay of Bengal. The yardstick used to dilute the CRZ in creeks and estuaries can’t be applied to bays, the shoreline of which is subjected to waves and tidal action twice a day.

Mumbai’s coastal high-rises are being given the go-ahead without considering the infrastructure required – roads, public transport, water and the like – for such development. In 2015, citizens were instrumental in getting the draft 20-year development plan scrapped because, among other objectionable features, it proposed an FSI of 8 in “transit-oriented development” near local railway stations like Dadar.

With the dilution of the CRZ, Hubtown and Wadhwa can benefit from another controversial rule – additional FSI in return for constructing public parking lots. Any builder who provides this so-called public amenity is entitled to the right to construct more space for sale.

Under the misplaced “incentive FSI” scheme, any builder who is developing a plot larger than 1,000 sq metres and agrees to provide free public parking in it is given 200 sq ft per parking space as free FSI. As transport expert Ashok Datar points out, the parking space will only cost up to Rs 2 lakhs to construct while the additional 200 sq ft will sell for ten to 20 times more on the market.

The question that arises with this plethora of projects is whether these areas of Mumbai have the carrying capacity to cope with such high-rises in highly congested parts of the city, which already have some of the highest densities in the world. While the city’s average density is 20,700 people per sq km, some of these areas reach 50,000 people per sq km, which is more than Manhattan.

Traffic in the mega city crawls to a halt during rush hour and the high-rise construction has led to “heat islands”, according to a study by Indian Institute of Technology-Bombay. On the same day, the temperature in crowded areas like Kurla and Andheri East can be as much as 13⁰C higher than other parts of the city.

The situation will only get more complicated if the BMC’s much-vaunted 35-km-long coastal road on the western shore is built. It will require a 200-metre-wide reclamation of land from the sea in stretches like Nepean and Bhulabhai Desai Roads, already some of the most expensive precincts.

The MoEF last year sought an undertaking from the state government that there would be no dilution of the high-tide line or any change in the existing restrictions on construction activity in coastal zones as a consequence of the eight-lane highway. The MCZMA had agreed to this.

Chief minister Devendra Fadnavis said, “The ministry still has some doubts. They are concerned about likely changes to the high-tide line and the usage of the land, opened up by reclamation, in real estate. We have given them an undertaking assuring that the land will only be used for the coastal road and creation of green spaces and promenades, but they are apprehensive that the next government could change it.”

However, the worst-kept secret is that Mumbai’s builders are passing through the doldrums. There were 85,000 flats that were unsold last year. According to property research agencies, the unsold inventory is going up by 31% every year. In south-central Mumbai alone, which includes Hughes Road, apartments worth Rs 50,000 crores are awaiting buyers.

It is obvious that the highest priced flats are the most difficult to sell, because so few of Mumbai’s citizens can afford them. Flats in all the new high-rise buildings coming up, as a consequence of diluting the CRZ, will cost Rs 10 crore and above. Who gains from pricing the open Mumbai’s coastal area in such a reckless manner?