The conservationists have been imprisoned since their arrests in January 2018.

A court in Tehran last week delivered a guilty verdict in the case of eight Iranian conservationists accused of spying, with sentences ranging from four to 10 years. The eight were all affiliated with the Persian Wildlife Heritage Foundation (PWHF), a Tehran-based conservation organisation that works to save the critically endangered Asiatic cheetah (Acinonyx jubatus venaticus) and other species.

The conservationists have been imprisoned since their arrests in January 2018. PWHF’s volunteer managing director, Kavous Seyed-Emami, a Canadian-Iranian sociology professor, was arrested at the same time. He died the following month in Evin Prison in Tehran. Iranian authorities claimed the death was a suicide and have not permitted an independent investigation, according to Seyed-Emami’s family.

Four of the group had faced charges of “sowing corruption on earth,” which can carry the death penalty, but these were dropped in October. According to New York-based NGO Human Rights Watch, the eight were ultimately convicted of “collaborating with the enemy state of the United States.” The charges appear to be related to allegations that the conservationists used wildlife camera traps for the purpose of espionage.

The sentences, handed down on Nov. 20 and 23, came amid a sweeping internet blackout and protests around the country, precipitated by an increase in fuel prices. The Center for Human Rights in Iran, an advocacy group based in New York, reported that the eight were given the verdicts verbally, rather than in writing, which it described as “a common practice in politically motivated cases in Iran.”

A close relative of one of the jailed PWHF staff who requested anonymity due to the sensitivity of the situation told Mongabay that the conservationists and their supporters were reacting to the verdicts with “despair, and yet determination.” The relative noted that the conservationists have 20 days to lodge an appeal. “From the conservation community, we hope to see very strong reactions,” the relative said. “This is now a conviction and no longer a projected outcome, which was something that some parts of the conservation community was waiting for to react on. Here it is. This could be any one of them working to save our planet … This should be a real serious alarm.”

The group’s jailing in 2018 met with international criticism, and news of the verdict and sentences sparked a fresh outcry from human rights and conservation organisations, including the New York-based Wildlife Conservation Society, Human Rights Watch, and the IUCN.

“Sentencing innocent wildlife conservationists to long jail sentences in the absence of evidence is a travesty of justice and a violation of multiple human rights,” said David Boyd, the U.N. Special Rapporteur on human rights and the environment, in a statement emailed to Mongabay. “In the context of a global biodiversity crisis the work of these conservationists should be admired, not condemned. An appeal should be expedited and their sentences should be overturned.”

The secretary-general of the Geneva-based human rights NGO the International Commission of Jurists, Sam Zarifi, said that while his group hadn’t been able to monitor the case due to access restrictions, it did appear there were flaws in the judicial process. “Based on publicly available material, their trial at Branch 15 of the Revolutionary Court suffered from serious due process problems, including defendants’ lack of access to lawyers of their choosing, lack of access to the indictment and underlying evidence, and claims by the defendants that they were tortured in order to provide false confessions,” Zarifi told Mongabay by email.

“There is no publicly available indication that the defendants’ claims were investigated properly. So looking at this case from the outside — which is unfortunately as close as we can get — their trial doesn’t seem to have been a fair or credible process,” he said.

The U.N. Environment Programme (UNEP) issued a statement voicing deep concern and calling for clemency. UNEP also confirmed that convicted PWHF program manager Bayani had been a UNEP consultant between 2012 and 2017. Bayani and PWHF founder Tahbaz, a successful businessman, were reportedly also charged with “gaining illegitimate income,” with Bayani reportedly ordered by the court to repay the salary she had earned consulting with UNEP.

The case has also raised questions domestically. In November 2018, more than 1,100 conservationists in Iran signed an open letter addressed to the head of the judiciary. They emphasized that over some 20 years of professional interactions the detained conservationists were only known “for serving [their] country and trying their best to protect its nature.”

Senior government officials have gone on record saying that investigations had failed to turn up evidence that the detained were spies.

While no evidence has been made public, one key line of pursuit during interrogations was reportedly the link between PWHF and the founder of the world’s largest big cat conservation organization, Panthera, headquartered in New York. PWHF staff occasionally worked alongside experts from Panthera, using camera traps to monitor cheetah populations. The conservation community has spoken out strongly against the notion that low-quality motion-sensor camera traps could serve any espionage purpose. 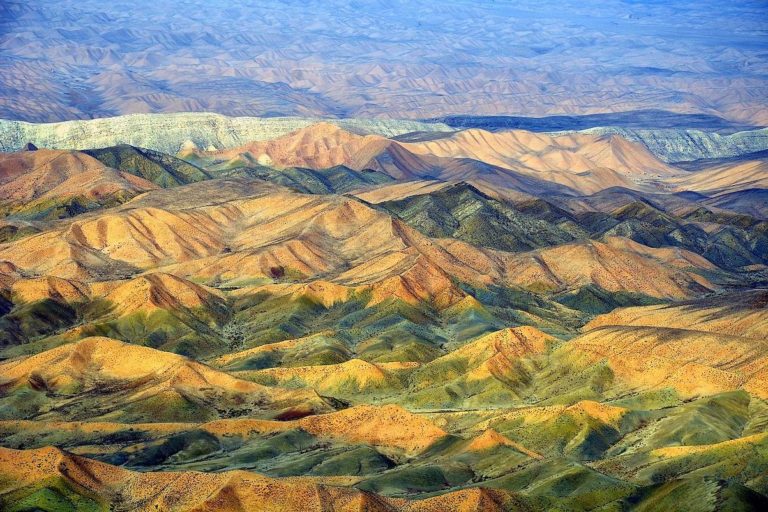 A landscape in the Turkmen Sahra region of northeastern Iran. Photo: Alireza Javaheri via Wikimedia Commons (CC BY 3.0).

The founder of Panthera, U.S. billionaire Thomas Kaplan, is active in and provides funding to United Against Nuclear Iran (UANI), a New York-based lobby group that advocates for tough sanctions and regime change in Iran. The group pushed for the U.S. to withdraw from the Iran nuclear deal, formally the Joint Comprehensive Plan of Action (JCPOA), which it did in May 2018.

In late 2017, PWHF staff reportedly sought to distance themselves from Panthera following a speech by Kaplan that comprised his first major public show of support for UANI. A letter from PWHF to Panthera voiced “alarm and consternation” at his political activities. Panthera has issued no response to the arrests or verdict and did not respond to requests from Mongabay for comment.

PWHF’s central mission was the conservation of the critically endangered Asiatic cheetah. Just 50 remain in the world, all of them in Iran. Jowkar, the jailed PWHF cheetah researcher, led the latest IUCN assessment of the species, in 2008. He, Ghadirian and Khaleghi Hamidi were members of the IUCN/SSC Cat Specialist Group, and PWHF had been instrumental in highlighting the plight of the species through a project funded by Iran’s Department of Environment and the U.N. Development Programme (UNDP).

The jailed conservationists also worked to protect other species and to raise awareness on environmental issues in a country beset by drought. Ghadirian, PWHF’s consultant on large mammals from 2014 to 2017, undertook population surveys of leopards, wolves and bears using camera traps, tracking, urine and other signs. He worked with herders to find solutions to human-animal conflict.

On one of the few phone calls permitted to loved ones from prison, Ghadirian reportedly asked what was going on in his absence with a project on Baluchistan bears (Ursus thibetanus gedrosianus), a critically endangered subspecies of the Asian black bear. He and another biologist had been working in southern Iran to raise awareness of the importance of conserving the species, reduce human-bear conflict and livestock depredation, and push for the establishment of wildlife corridors and a protected area.

“[Ghadirian] was very concerned about both sides of the equation, both people and bears,” and sought to address conservation issues holistically, said Garshelis. “He was in elementary schools giving programs, then talking to people in the field — he was trying to address it from every possible level.”

Garshelis said he had hoped to visit and work with Ghadirian on the bear project. “We were thinking things might ease up, sometime in the future,” he said.

In addition to the jail time, the eight are all reportedly banned from working in the conservation sector for two years from the conclusion of their sentences.

This article first appeared on Mongabay. Read the original here.