In 2001, economists pegged the costs of damages caused by invasive species to agriculture and forestry at about $91 billion a year in India alone. 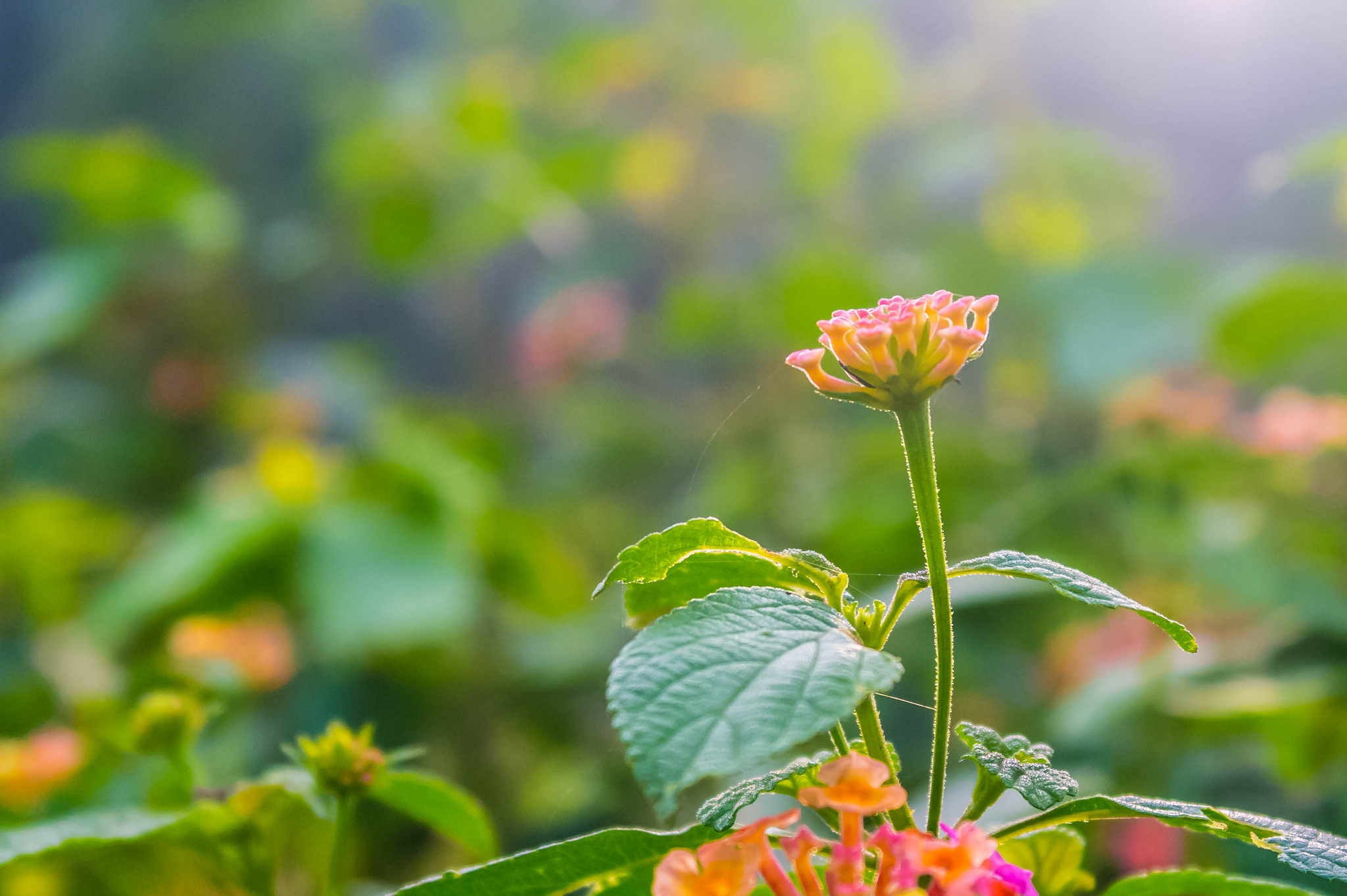 In 1993, the International Convention on Biological Diversity (CBD) came into legal effect to conserve biological diversity, ensure that biological diversity would be used sustainably and that its benefits would be shared equitably. The Conference of Parties (CoP), the governing body in charge of implementing the CBD’s decisions, is now meeting for the 13th time at Cancun, Mexico. One item on the agenda, during the two-week meeting that started on December 4, is a review of progress on the Strategic Plan for Biodiversity (2011-2020) and the related Aichi Biodiversity Targets. The plan and targets were adopted during the 10th CoP at Nagoya in Japan’s Aichi prefecture, in 2010.

The National Biodiversity Strategies and Action Plans (NBSAP) – formulated by CBD-signatory countries, including India – were revised and updated based on the Strategic Plan for Biodiversity and the Aichi Targets and in accordance with national priorities and capacities. India has adopted Aichi Target 9 as its National Biodiversity Target 4 – i.e., to identify invasive alien species and their pathways of introduction, and to develop strategies to manage prioritised invasive alien species by 2020. It is important to now discuss conservation and wellbeing challenges posed by invasive species in India, take stock of the state of invasive species management, policy and practice and provide suggestions citing global best practices.

Even though invasive alien species are a recognised threat to biodiversity – one that merits its own biodiversity target – the term ‘invasive alien species’ (or simply ‘invasive species’) remains foreign to many. ‘Alien’ refers to species that have been introduced to regions outside their native range. This is not unusual. Many of the crops we grow, fruits we eat, fibres we use and animals we tend have their origins elsewhere. People have always moved species around, intentionally or inadvertently. A subset of introduced species however can sometimes become problematic, causing untold ecological and economic damage. These so-called ‘invasive species’ are a rapidly growing problem in a fast globalising world where, with increasing trade and travel, the rates of species introduction to new environments is now historically unprecedented.

Invasive species threaten biodiversity and ecosystem processes, with direct and indirect impacts on human wellbeing. They suppress native biodiversity and cause local extinctions. They alter wildlife habitat. They affect livelihoods directly by suppressing species that people depend on (e.g., non-timber forest products, ‘NTFP’) and by encroaching on private and commonly held agricultural and grazing land. They affect livelihoods and wellbeing indirectly by altering hydrology, damaging soils, affecting the provisioning of ecosystem services, and due to costs incurred in their control or management.

In the Western Ghats, for example, lantana (Lantana camara), a Central and South America shrub that was introduced to India in 1809 as a garden ornamental, has spread extensively. In Karnataka’s Biligiri Rangaswamy Temple Tiger Reserve, Soliga farmers have suffered from reduced abundances of NTFPs, such as amla, which they harvested for supplementary income. Lantana also affects regeneration of other forest plants that wild herbivores depended upon. And boar raids of millet and maize crops have drastically increased associated with the spread of lantana.

Lantana’s pan-Indian presence is matched only by prosopis (Prosopis juliflora), variously known as vilayati keekar, gando bawar and seemai karuvel in different parts of the country. Also from South America, this thorny tree was introduced to India around 1870 for its extreme drought tolerance and as a source of fuelwood. It has now established its dominating presence in India’s arid to semi-arid states of Rajasthan, Gujarat, Maharashtra, Tamil Nadu, Andhra Pradesh and Karnataka. In parts of Tamil Nadu, the invasion has entirely transformed agricultural lands and grazing commons, forcing people to seek new livelihood opportunities making prosopis charcoal and other small-wood products.

In the Banni grasslands of Kutch, similarly, the Forest Department’s introduction of prosopis since the 1960s – to ostensibly counter desertification – has transformed both landscape and livelihoods. The grasslands are now a prosopis woodland and the local Maldhari pastoralists have gone from being breeders of the Kankrej, a traditional cattle breed less able to withstand prosopis, to milk producers and rearers of the more resilient Banni buffalo. Both Maldharis and non-Maldharis have also had to adopt charcoal production to offset the loss of traditional livelihoods.

But the buffaloes of another pastoral people, the Toda of the Nilgiris, have not coped as well under invasive circumstances. Once an undulating grassy plateau, the Nilgiris have been afforested with species like wattle (invasive Australian acacias). Along with plants such as gorse and cestrum, wattle was introduced for ornamental purposes by the British. It has rendered much of the upper Nilgiri grasslands woody and thorny, depleting a once-abundant Toda livestock. While cestrum has invaded shola forests that lie in the folds of grasslands and house old Toda settlements and temples, wattle and gorse thickets serve as habitat for leopards and tigers that prey upon buffaloes.

It is not only plants that can become invasive. For example, the giant African snail, a pair of which was brought to India from Mauritius as a curiosity, now occurs in vast numbers in areas as distant as Assam and Kerala, causing tremendous damage to a variety of crops. There are also numerous alien fish – the brown trout, the Mozambique tilapia, the African catfish and many others – introduced at different times for sport, the aquarium trade or aquaculture. These have spread through rivers and wetlands from the Himalayas to the Western Ghats, causing local extinctions of rare and endangered native fish and affecting traditional fisheries.

We have a number of different legislations relating to invasive species. Some of these were enacted long before invasive species were a global concern – but have since been amended to include invasive species. An indicative, though incomplete, list includes the Plant Quarantine (Regulation of Import into India) Order 2003; The Destructive Insects and Pests Act, 1914 (and amendments); Livestock Importation Act 1898 and the Livestock Importation (Amendment) Ordinance, 2001; Environment Protection Act 1986; and The Biological Diversity Act 2002.

So also, we have a number of different agencies charged with preventing the introduction of invasive species and for management and control of invasive species. These include the Ministry of Environment Forests and Climate Change, the National Bureau of Fish Genetic Resources, the Plant Quarantine Organisation of India and various departments of the Ministry of Agriculture. This situation – “everybody’s responsibility, therefore nobody’s responsibility” – is far from ideal. We really need a single, comprehensive legal and policy framework on invasive species and a single nodal agency responsible for its coordination and implementation.

We also need a coordinated national effort to inventory and document invasive species—not just a list of alien species, but also the pathways by which they were introduced, the ecological characteristics that make them invasive, and their ecological and economic impacts. This will enable us to better monitor and regulate the most likely routes by which species arrive, as well as enable a risk assessment of potential invasive species prior to introduction. Given the time lag between species introduction and invasion, a comprehensive documentation would also enable preemptive assessment of alien species yet to become invasive.

Such a national effort is too big a task for any one agency to carry out, but it could be achieved – as was done in Europe with the Delivering Alien Invasive Species Inventories for Europe: if government agencies, universities, and government and non-governmental research institutes join hands. If we are serious about trying to meet our national target on invasive species by 2020, as we have committed to doing, the time to act is now.

Ankila J. Hiremath and Siddhartha Krishnan are with the Ashoka Trust for Research in Ecology and the Environment (ATREE), Bengaluru. Views expressed in the article are personal.