Interview: 'River Inter-Linking Only a Pipe Dream Being Sold to Extract National Resources' 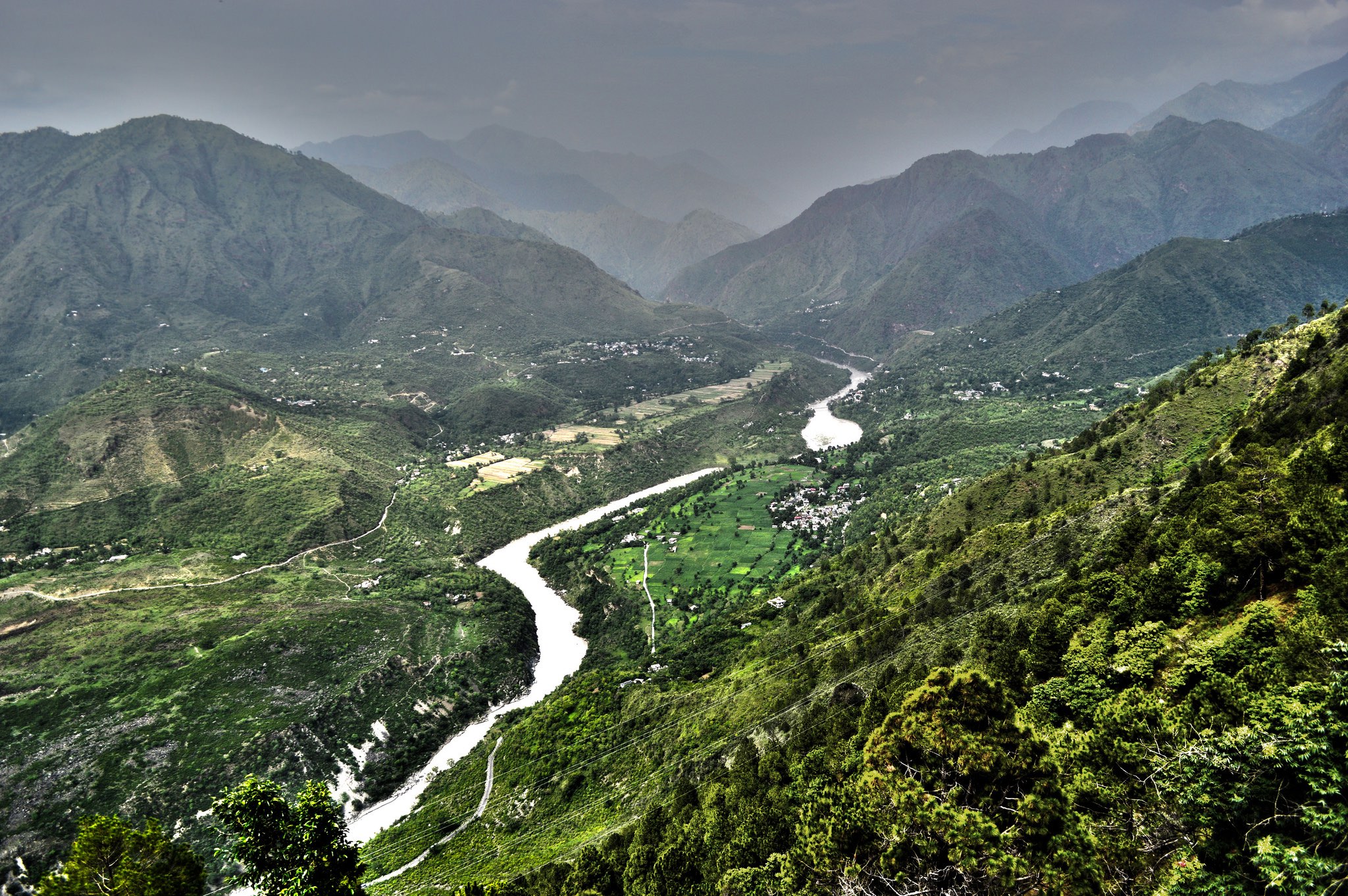 The interlinking of rivers project is facing some hurdles in BJP-ruled states. Credit: Wikimedia Commons

There is nothing new about the proposed river-interlinking project being pushed by the government, and this ‘unnecessary excess’ of a project will create more problems than it promises to solve, says environmentalist and water management expert, Dr Ravi Chopra, the director of People’s Science Institute, Dehradun and a managing trustee of the Himalaya Foundation, New Delhi.

Edited excerpts from an interview:

In recent years, the river inter-linking project has been revived. The current government through its various departments is moving ahead with multiple studies and estimates of costs and impacts etc. On a broader scale, what is your take on this idea and is this the best way to manage our rivers?

The whole thing is a joke, honestly. I am not being facetious. This idea was first proposed in the 1960s by an airline pilot, Captain Dastur. He talked of a garland canal, that there should be a string of canals that could take the water from the Ganga to the southern rivers. In the 1960s, we also had a civil engineer, K. L. Rao, a very highly respected name in Indian civil engineering. He, too, pushed the very nebulous concept of a garland canal and it was he who, I think, first used the term inter-linking of rivers.

You said this whole idea is a joke. Where does this joke start?

The joke starts with the fact that we already have a natural garland canal and that garland canal is called the Ganga. The Ganga is meant to collect all the waters of the Himalayan rivers and take them to the sea. Unfortunately, we haven’t been able to manage this garland canal at all and have made a mess of it.

The second reason I am saying this is a bit of a joke is that the basic premise of the project is that we will be able to transfer water from the north to the south and from water surplus areas to water deficit areas. Now, northern rivers have lots of water, floods, during monsoons. It is almost exactly the same time when the southern rivers also have lots of water. It is not as if the glaciers are so huge that they keep the northern rivers full of water throughout the year.

To give you a small example [of] the Ganga. Bhagirathi and Alaknanda join at Devprayag to form the Ganga. The total contribution of glaciers to the annual flow of water at Devprayag is only 27%. The total contribution of glacial melt is only 27%, year long. OK? So the glaciers are not keeping the northern rivers alive. This is another misunderstanding that a lot of people have, ki arey woh toh Himalayan glaciers ki nadiyan hain isi liye woh perennial hain (that these are rivers from the Himalayan glaciers, that’s why they are perennial).  [When] the problem of flooding happens, the southern rivers are not ready to receive water [either]. 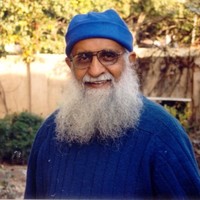 The first river-interlinking that is being operationalised is the Ken-Betwa link and it has also got environmental clearance a few months ago. Could you please explain what are the issues you see with this particular interlinking.

In the current situation, they are talking about the Ken-Betwa link.  The People’s Science Institute had done a thorough study of the Ken-Betwa link. These are two adjacent (contiguous) basins. Ken is on the east and Betwa is on the west. The year Betwa will have a drought, Ken will also have a drought. And the year Ken will have floods, Betwa will also have floods because they are adjacent watersheds – the same amount of waterfall, same part of the country, so the weather pattern is almost identical. So what is this nonsense about Ken being a surplus basin and Betwa being a deficit basin?

Betwa is the region that goes back to the Bhopal side. Bhopal to Vidisha to Jhansi etc are part of the Betwa basin. Betwa [‘s basin] has highly irrigated agriculture [area], a lot of soybean farming goes on over there, commercial cropping [etc]. So there is a huge demand for water in the Betwa basin. Therefore, it is said to be deficient. In terms of god-given rainfall, nature-given rainfall, it’s the same [between Betwa and Ken]. So it’s the lesser demand in the Ken basin at present that is creating a “surplus” and the joke – the third joke – is that now a report has come out of Madhya Pradesh, a government report, that says that Betwa basin is surplus; so whose numbers do we believe?

When we did our analysis, we came to the conclusion that there is almost no difference between the rainfall amounts and patterns in both the basins and Ken has excess water today only because its own demand is low. That’s it. By doing this link, you are sowing the seeds for a future conflict of the kind that you see between Tamil Nadu and Karnataka, between Punjab, Haryana and Rajasthan. So you are sowing the seeds of future conflicts.

In terms of the project cost – given the complexity and scale of the project – we have seen many figures. Some people say it is going to be the largest infrastructure project ever undertaken in India. Some sources also say that just the cost itself makes the project almost infeasible. What’s your estimate of the cost and what are the factors that we need to consider while estimating the cost?

The actual figure that has often been given in the public domain on the cost of the inter-linking project was Rs 5.56 lakh crore (trillion). Now, I started seeing this figure about 15 years ago and I don’t think it’s Rs 5.5 lakh crore anymore. By the time the project gets finished, if it ever takes off, and if it is ever implemented, the cost would be in the neighbourhood of Rs 25 lakh crore. Anything of that sort. What I mean is three to five times higher because we know the history of such projects. For example, look at the Narmada Valley Project.

Another factor is that a lot of these cost calculations were done when the land acquisition Bill had not been passed (in parliament). Now if we start paying people for their land as per the current Land Acquisition and Rehabilitation and Resettlement Bill, this figure will become astronomical. A lot of this is very, very fuzzy, garbage that has been spewed out by third-rate engineers working in useless government agencies where you park non-performing engineers. So, I frankly do not see this working out. And, by the way, this is no longer a boondoggle of a project. The industrial corridor project is much bigger than this. OK? Again, these are pipe dreams.

As concerned citizens, civil society activists and people’s scientists, what should be our approach in dealing with an idea like river inter-linking?

We must put forth our point of view and point out the fallacies in this kind of thinking and make people understand that none of us is going to benefit from these kinds of things except for the engineering fraternity, the construction companies, the contractors, the politicians who get their cuts out of this and the bureaucrats. So this is just another scam that is being promoted and I do not see this project going very far.

It is also a misnomer to talk about inter-linking of rivers as something new. It is being talked about as something new because most of us don’t know anything about how this country’s water is managed. After all, if you look at the Bhakhra dam; it not only has the water of Sutlej but also of Beas and it is done by inter-linking through a tunnel that brings the Beas water into the Bhakhra dam. You have the Sutlej-Yamuna link canal. So these are not new ideas, it is just a pipe dream being sold to the country to extract national resources.

Do you think that’s the only agenda behind this project or do the people pushing this project truly believe in this idea?

This idea somehow sounds like a BJP favourite. Not to differentiate between the Congress or the BJP, but it was the favourite idea under the (Atal Bihari) Vajpayee’s government and is now gathering steam again.

It seems it was gathering steam under Vajpayee also. The first set of basic feasibility studies were done by something called the National Water Development Agency that is a “research” organisation of the Ministry of Water Resources. And that’s where they park third-raters.

Today, the problem is that the lobby that stands to gain a lot of money from this project, they are not going to give up the idea easily. So they will revive it at any chance they get. It’s a lot of money. Unfortunately, [incidentally] they will also face a lot of resistance from all kinds of forces and each time they will have to buy off the resisters. For example, at one time the Bihar government used to say that we won’t give our water. Now, Bihar doesn’t say with gusto that we won’t give our water.

Arif Hussain is the director of Coalition for a Democratic India, a non-profit, based in Cambridge, Massachusetts. This interview is a part of CDI knowledge series “Food, Finance and Data”.