The accounts in conservation circles are often of the successes of conservation and not of the costs borne by local people.

The entrance to the Silent Valley National Park in Kerala.Photo by S. Gopikrishna Warrier/Mongabay.

Once every four years the Indian government releases an estimate of the total number of tigers in India. The estimate for 2018 was announced on July 29, 2019, which is the World Tiger Day. While announcing with sufficient fanfare the estimate of 2,967 tigers (up from 2226 in 2014), the prime minister of India said that the target of doubling tiger numbers in India was achieved four years earlier than promised. He went on to add that India’s tiger conservation model could now be replicated in other tiger range countries.

What have been the social and ecological costs of achieving this goal of doubling tiger numbers? In a recent paper, my colleagues and I analysed the case of Biligiri Rangasamy Temple (BRT) Tiger Reserve where an Adivasi (tribal) community has been dispossessed of their means of livelihood by a ‘successful’ tiger conservation policy.

Conservationists have celebrated the success of protected areas and even sought to increase the area under protection to consolidate the gains of these approaches. The protected area model, which has been called ‘fortress conservation’ by its critics, has come with some rather high costs for people living within these forest enclosures. Forests have been appropriated from local people for conservation now and timber production in the past. 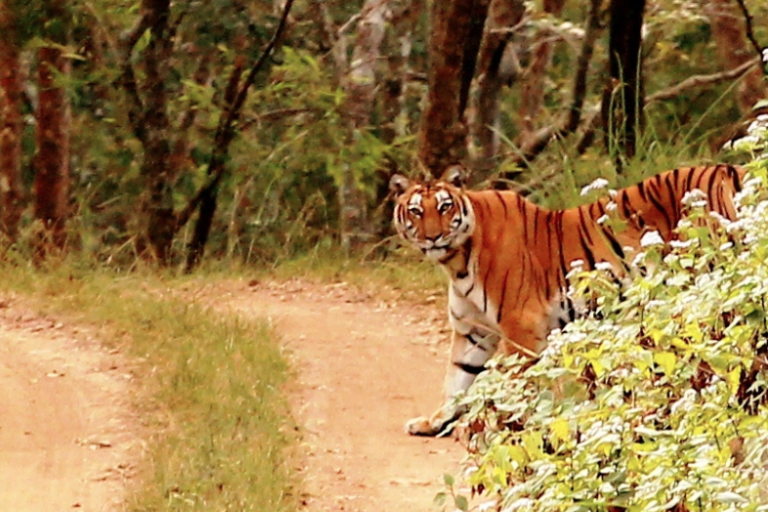 We often hear the term ‘hostile takeover’ in the board rooms of India’s corporate companies and yet this is a mere shadow of what has been happening in the forests of India for the last two centuries. The forests were forcibly acquired from local communities, often tribal communities, by the British colonial government beginning in the 1860s and this takeover continues to this day. The recent acquisition of forests is for the establishment of protected areas such as wildlife sanctuaries and national parks. The legal requirement that protected areas to be free of human use and habitation results in the eviction of people producing what Mark Dowie has called ‘conservation refugees’.

The eviction of local people from protected areas is a global phenomenon beginning with the eviction of the native Americans to create Yellowstone National Park, and the forced removal of Masai and other pastoralists in Tanzania and Kenya to create Serengeti and Masai Mara national parks. India has seen the displacement of tribal and forest communities to establish Kanha, Corbett, Kaziranga, Bandipur and hundreds of other such Edenic conservation sites.

The history of conservation is riddled with stories of human impoverishment and yet these have not been adequately recorded. The accounts in conservation circles are often of the successes of conservation and not of the costs borne by local people.

Removing people from conservation areas was easy to do in the early years of wildlife conservation in India. In a recent book, M.K. Ranjitsinh, who is credited with writing India’s wildlife policy, records the many cases of relocation of thousands of Adivasi families from several protected areas. In recent times evictions have become more and more difficult to accomplish as tribal communities have become part of the state apparatus and gained electoral and democratic voice. While relocation by forcible means has now become that much harder, the forest department achieves its goals by putting a livelihood squeeze on the people who live within these reserves. 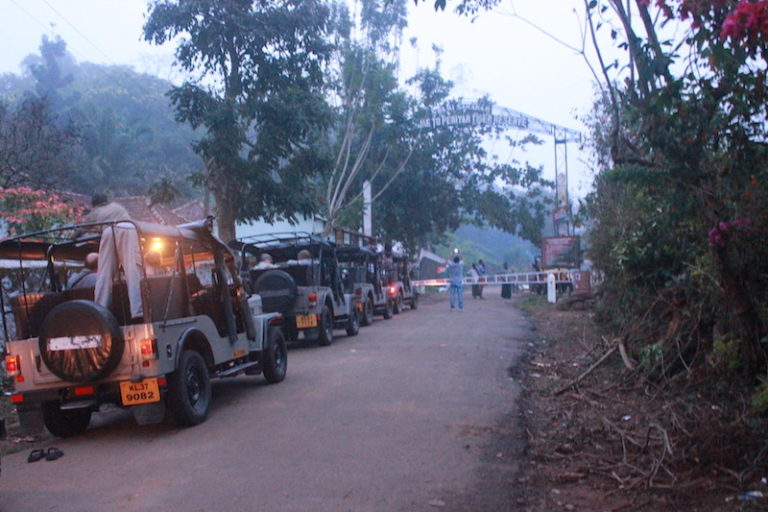 The economic and social costs of such a squeeze are enormous. While there is anecdotal evidence of these costs there are few long terms studies of what the social, economic and ecological costs of the current conservation approach has been. In a recent paper, we described this process of what has been called in situ displacement: the loss of access and livelihoods even as people are located within the protected area. These are not unlike the Chinese ‘nail houses’ marooned in the middle of development having refused to hand over their property for development.

The term nail house derives from nails that are left in the wood and cannot be removed. This is exactly what the Adivasis have become for the conservation state: thorns in the conservation flesh that the state and tiger conservationists are desperately trying to wrench out. The state’s suppression of their livelihood practices such as hunting, swidden agriculture, and the use of fires to manage the forest has led to a series of changes in their lives as well as that of the forest. We recorded these outcomes in the Biligiri Rangaswamy Temple Tiger Reserve which was notified as a wildlife sanctuary in 1974 and as a tiger reserve in 2011.

A ban on hunting of wildlife in the 1970s has increased wildlife population to such levels that species such as wild boar have become crop raiders resulting in significant losses of millet and other crops. Where climatic conditions are favourable farmers have shifted to coffee production as wild boar and other animals have not begun to eat coffee yet! But such a shift is not possible for Soliga families who live in the dry parts of the BRT. These families lose up to 80% of their crop to wild boar groups and yet they are unable to do little about this due to conservation laws that ignore the concerns of residents while prioritising conservation.

A policy that privileges a ‘hands off’ approach to conservation and that is premised on the received idea that ecosystems will recover to ‘wilderness’ if left alone has produced a forest that is full of a weed species called Lantana camara. Lantana was introduced to India by the British as an ornamental and now adorns most landscapes in India. Studies on the expansion of lantana in BRT have shown that there has been a dramatic increase in Lantana cover. Lantana has effectively shut down the replacement of the canopy trees by smothering the seedlings and not allowing them to grow into adult trees. 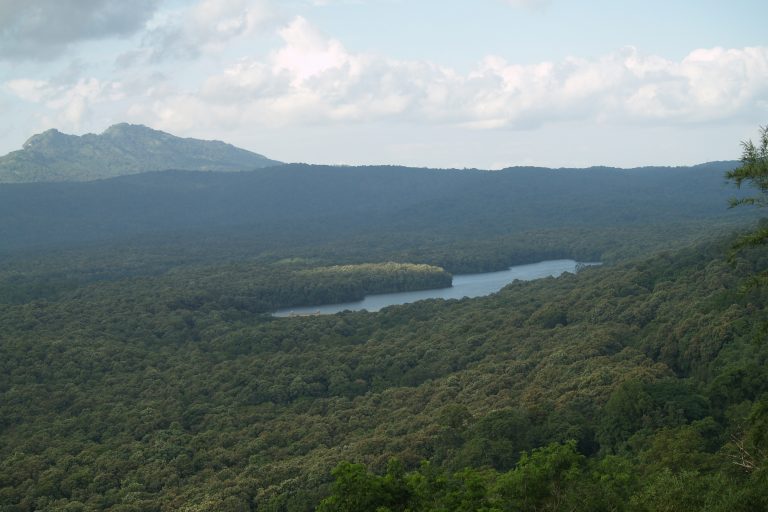 A panoramic view of the Parambikulam Tiger Reserve in Kerala. Photo by S. Gopikrishna Warrier/Mongabay.

No management is not always the best option for forests

The forest is changing in ways that have never happened before. All of this follows from the ban on local management practices such as the use of fire. The use of a variety of management techniques by Soligas such as fire kept the forest open and full of grass. These savanna woodlands were maintained by active management by Soligas through the use of early season burns which kept the fires low and cleared the undergrowth therefore facilitating fresh growth of grass and other plant species. The forest had plenty of tubers for people and fodder for wildlife. All of this changed when the forest department banned the use of fire. The ban on fire has coincided with the increase in Lantana over the last four decades.

We have been collecting long-term panel data on household incomes since 1995 which has allowed us to track how Soliga households have been affected by conservation practice. The results are quite striking. There has been a significant reduction in the income derived from Non-timber forest products (NTFP) and a corresponding increase in wages from labour. This suggests that the dependence on the forest has reduced. The reasons for this have been attributed to coercion by the forest department as well as the increased lantana in the forest that has made access to the forest so much more difficult. There has also been a decrease in the availability of forest produce due to lantana and mistletoe.

What increases there are in agricultural income come from the coffee production by households located in the higher reaches of the tiger reserve where coffee plants can grow. Farmers who cultivate millets have seen declines in production due to crop raids by wild boar.

Our study shows that the decline in forest health is a result of the lack of management of the forest. There was active management of the forest by the Soliga before and this has now been suppressed by the state. The conservation approach that assumes that nature will take care of itself has resulted in a forest that is undergoing a dramatic change in composition and structure.

The conservation squeeze has resulted in producing a class of people who are now dependent on wages having been alienated from the forest and their means of production. The tiger reserve in the meanwhile is being turned over to tourist companies for revenue generation and economically valued for its ecosystem services such carbon, tourism and water.

The in situ displacement of a scheduled tribe by tiger conservation policy is aimed at their eventual eviction to facilitate accumulation of revenues for the state and private actors. We therefore question the singular focus on increasing tiger numbers even as evidence mounts that not all is well with tiger conservation in India.

Nitin Rai is a Fellow at the Ashoka Trust for Research in Ecology and the Environment.