Surface water is used for diverse purposes but the water's quality is tested only to suit a few. 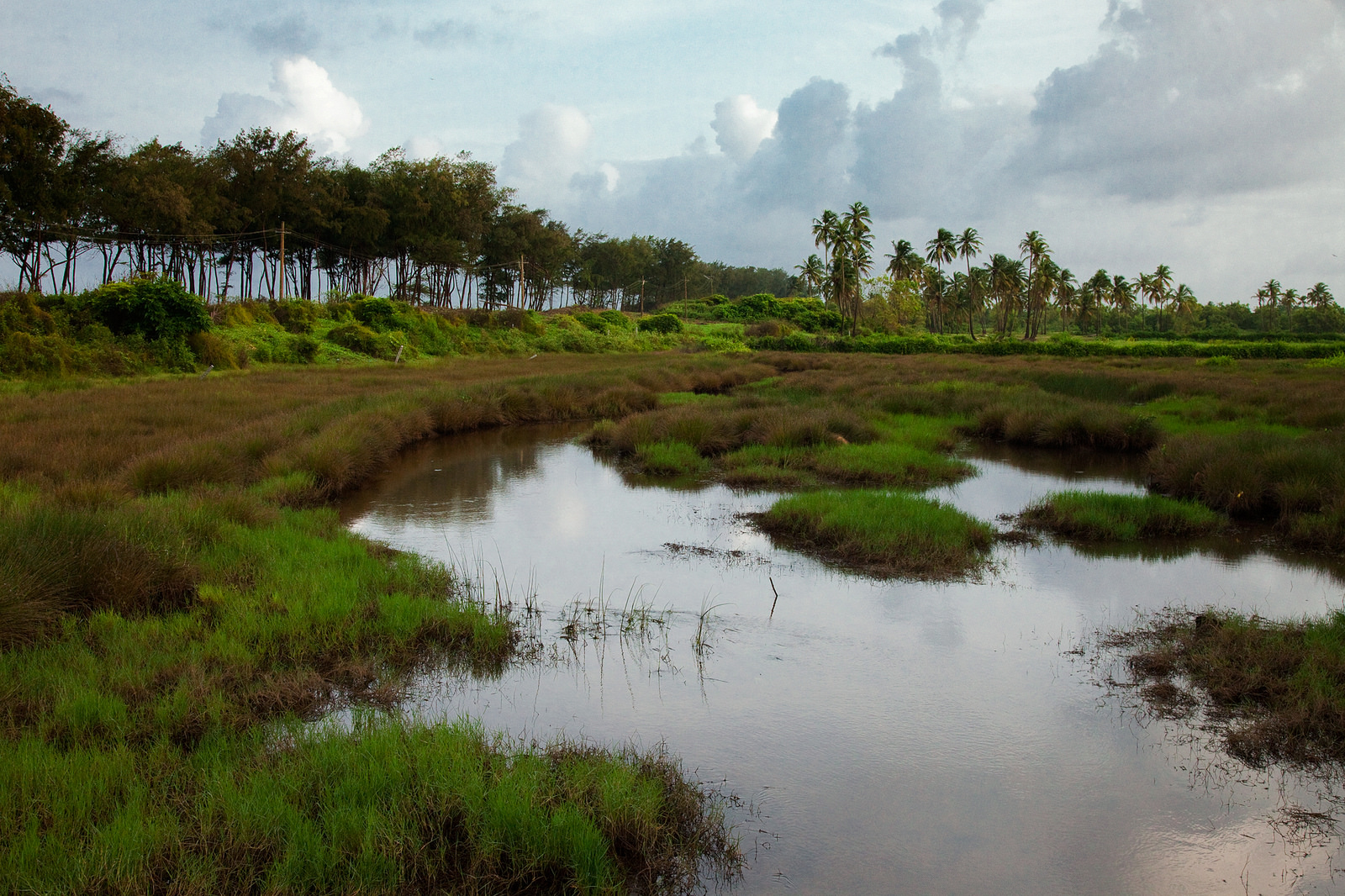 The different set of standards set by India’s pollution control authorities for rural and urban water quality monitoring is based on a fallacious assumption that surface water in rural areas is  pristine and free from toxic heavy metals. The points of discharge into surface water bodies and the points of use of water for irrigation, drinking or bathing are all variously monitored in rural and urban areas, leaving out crucial indicators during one measurement or the other.

Most Indian cities lack basic wastewater treatment infrastructure, resulting in urban rivers receiving a sizeable portion of domestic and industrial sewage. Water from these rivers is often used by downstream farmers for irrigation, according to a team of researchers led by Sharadchandra Lele, a senior fellow at the Ashoka Trust for Research in Ecology and the Environment (ATREE), Bengaluru.

India’s Central Pollution Control Board (CPCB) has laid out water quality standards for various uses of river water, including those relevant to discharges in surface water bodies, public sewers and oceans, and reuse for irrigation. However there are several gaps within and discrepancies between these prescribed standards, Lele’s colleague Priyanka Jamwal says.

According to her, lack of heavy-metal regulation in peri-urban water bodies is one of the main gaps. In the absence of regulation for industrial contaminants, the surface water pollutes groundwater, irrigation water and food crops that are produced in peri-urban spaces. “Currently [these] areas are not being regulated for the contaminants that are discharged from urban spaces,” she told The Wire.

No measure of biological activity

This, in effect, means that the same river water that is used for drinking in a city and irrigation in a village is differently monitored.

Earlier, at a conference of the Indian Society for Ecological Economics (INSEE) in Bengaluru in January, Jamwal presented details of a recent analysis by the ATREE team headed by Lele. Their analysis called for a re-examination of irrigation quality standards, and making effluent discharge standards consistent and compatible with irrigation water standards for downstream use. The discharge points for water include both point sources such as domestic effluents and industrial effluents; and non-point sources such as agricultural run-offs and urban run-offs. The point of use is surface water that is used for drinking, bathing, fishing and irrigation.

Invariably, while physical and chemical parameters and heavy metals are monitored for some water bodies, biological oxygen demand (BOD), which is the amount of oxygen required by aerobic microbes to decompose organic matter in a water sample, goes unmonitored. For example, surface water bodies are monitored for four physical and 17 chemical parameters; and 14 trace metals such as cadmium, iron, lead, mercury, nickel, selenium and zinc – but not BOD.

“One basic assumption made by the CPCB while formulating water quality criteria for best-use is that surface water body flows in rural or pristine watersheds, therefore only conventional water quality parameters needs to be regulated,” Jamwal clarifies. “But this assumption is not valid in the context of urbanising watersheds, as urban spaces are expanding and various activities, domestic as well as industrial, in these spaces generate contaminants that need to be regulated to reduce risk to public health.”

During a river flow, in upstream catchment areas that cater to rural habitation, water discharges contain BOD, total suspended solids, chemical oxygen demand and pathogens, but there are no standards to monitor these as they are assumed to be pristine. This water is used for domestic, agricultural, dairy and recreation, and the water quality is only regulated for downstream use, typically in urban areas. As a result, “the reality is that urban streams receive both untreated and partially treated industrial and domestic effluents,” according to Jamwal.

There is an additional effect on water quality as cities become larger: “as distances between two cities’ water flows keep shrinking, natural flows between two stretches of continuous urban water are shrinking. Therefore, there is no dilution of heavy metals entering the urban water flows, and they enter the food chain and impact health,” she adds.

For example, the Musi river that feeds the peri-urban area around Hyderabad was found to have high levels faecal coliforms and heavy metals such as zinc, chromium and copper in 2015. The Hindon river sediments in Ghaziabad city were heavily polluted with cadmium and moderately polluted with manganese, zinc and lead, metals that originate from industrial sources. In fact, heavy-metal levels as well as the BOD in the Kasadri river near Maharashtra’s Taloja industrial estate were much higher than the maximum permissible limits.

Similarly, the Yamuna river that feeds into Delhi and Agra was found to contain high levels of nickel, cadmium and chromium. Faecal coliform levels were above permissible limits thanks to domestic sewage and urban run-offs. And the Ganga, near Kolkata, contains excess concentrations of iron, manganese, lead and nickel, and is not suitable for irrigation. The excess of heavy metals load in its waters is attributed to the discharge of industrial effluents and municipal wastes, not to mention the geology of river bed and catchment areas as well.

In addition to separate sections addressing discharge water and surface water bodies, “there are further challenges in monitoring,” say Lele and Jamwal. Their team founds discrepancies when analysing the chemical and biological quality of the Vrishabhavathi river in southern Karnataka, which receives partially treated industrial and domestic wastewater from the western portion of Bengaluru city. The water is mainly used by farmers in villages downstream for agriculture.

“Though the levels of toxic heavy metals and faecal coliforms are dangerously high, posing significant risk to farmers as well as urban consumers of the food grown, the river is classified as fit for irrigation, as per CPCB standards,” the duo says. “The water meets the irrigation water quality standards set by CPCB because CPCB assumes ‘natural river flow’ when setting this standard, whereas flows in urban streams are often dominated by partially treated domestic and industrial effluents.”

The result is that “rivers that carry partially treated sewage from cities to downstream farming regions fall through the cracks. They are neither conventionally understood rivers nor conventionally defined effluents,” says Lele.

The method of sampling water for quality tests is also inadequate. The INSEE team compared results of grab-sampling versus hourly sampling. A grab sample does not reflect the true extent of pollution. ATREE found that night time samples are far higher than daytime samples.

It also recommends that rather than having separate quality standards for ‘marine’ uses, these standards need to be included with other ‘use’ standards, and must also include the criteria for industrial contaminants. Finally, in-stream quality standards must include standards for heavy metals and all other chemicals that are likely to effect ecosystem health.

“The existing techniques of rationalisation are rigorous and mathematically complicated. In realistic situations, mostly the watershed managers and other stakeholders may not have knowledge of all these interdisciplinary branches and will be unable to implement rationalisation algorithms in the field,” he says. Therefore, there is a need for software packages to facilitate efficient rationalisation and operations of water quality monitoring programme.

There are also budgetary constraints while designing a water-quality monitoring network that need to involve decisions of a number of monitoring stations, Karmakar adds. Each sampling involves high installation, operational and maintenance costs.

Additionally, while there is no universally accepted approach for rationalising monitoring networks, it is still the prime responsibility of central and state-level pollution control agencies to standardise water quality networks for sustainable management. For this, they should consider data availability issues of both quantity and quality; seasonal variability and need for periodical assessment; and application of geographic and remote sensing tools.

Karmakar’s team is working on improving design practices and protocols. They have shown that data-driven and conventional topology-based techniques could overcome some of the current drawbacks, especially by helping to collect both point and diffused samples during different seasons.

A joint initiative of the Central Water Commission, under the Ministry of Water Resources, and the National Remote Sensing Centre, under the Indian Space Research Organisation, has led to the development of an inventory that provides, stores and analyses data, and converts it into an interactive format. While the initiative is “undoubtedly novel, most of the water quality data sets are not continuous, and are inconsistent,” says Karmakar.