Indian Oil Will Pay Rs 50 Crore as CSR to Project Cheetah. How Useful Will It Be?

The money is being contributed to a project that many experts have said 'is doomed to fail' and which, despite claims, will not necessarily benefit grasslands 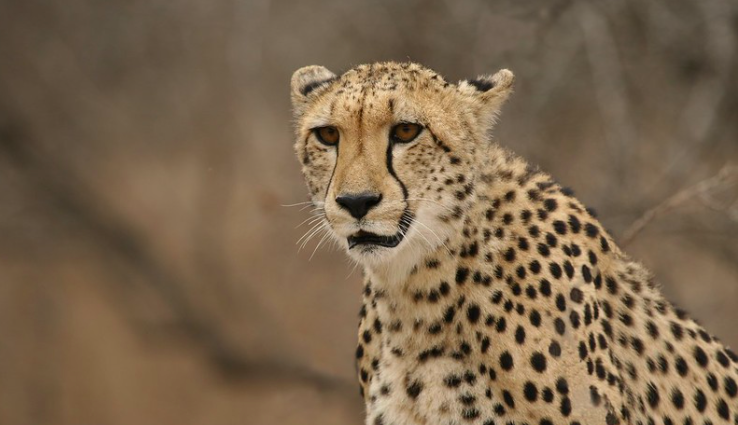 Kochi: The Indian Oil Corporation will, over a span of four years, contribute Rs 50 crore as part of its corporate social responsibility (CSR) funds to Project Cheetah, which aims to introduce the African cheetah in India.

The deal was inked on August 2, with the IOC signing a Memorandum of Understanding (MoU) to this effect with the National Tiger Conservation Authority (NTCA), which is overseeing Project Cheetah. India has already signed an MoU on July 20 with Namibia for “establishing the cheetah into the historical range in India”, the press release said.

This conservation money is being contributed to a project that experts have said is “doomed to fail” for several reasons. Moreover, biologists have also argued that India’s Project Cheetah will not necessarily benefit the grassland habitats, as has been touted by the government.

The IOC, incidentally, was pulled up in 2018 for flouting environmental norms in its Panipat refinery in Haryana.

Also read: India Proceeds With Plan To Bring Cheetahs Back, but Experts Brace for Bad News

IOC for African cheetahs in India

Project Cheetah, a scheme by the Ministry of Environment, Forest and Climate Change (MoEFCC), aims to introduce cheetahs in India. India lost the species – Achinonyx jubatus – more than half a century ago. Hunters shot down the last of the big cats in India in 1952. Today, cheetahs roam wild only in some parts of Africa and Iran.

Plans to reintroduce the cheetah to India have been on the cards since the 1970s. It caught more steam during the Congress-led United Progressive Alliance government. In 2009, the ‘African Cheetah Introduction Project in India’ came into being. In January this year, the government released the ‘Action Plan for Introduction of Cheetah in India’. As per this Plan, India will import 12-14 wild cheetahs from Africa (Namibia or South Africa) and introduce them in the Kuno-Palpur National Park in Madhya Pradesh. 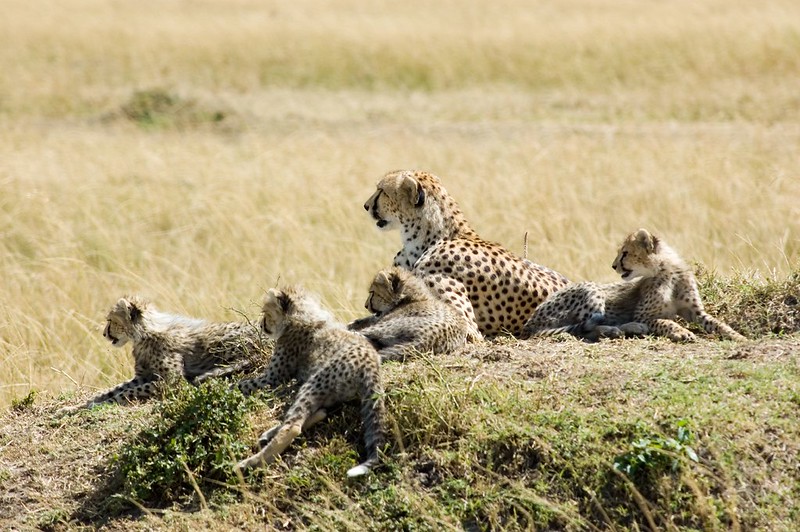 Releasing the cheetahs into the park is a complex and long process. It includes, among other things, constructing a 500-hectare predator proof enclosure for the cats’ ‘soft release’, staff training and habitat management (such as removing invasives such as Prosopis juliflora, as per the Action Plan).

To help out with this process, the IOC signed an MoU with the National Tiger Conservation Authority (NTCA) on August 2, for the “transcontinental relocation of ‘Cheetah’ in its historical range in India”, as per a press release. According to the release, this follows the MoU that India and Namibia signed on July 20 on “wildlife conservation and sustainable biodiversity utilization, for establishing the cheetah into the historical range in India”.

The IOC will contribute the funds to the NTCA, which is the nodal agency authorised by the MoEFCC for funding, supervision and hand holding of Project Cheetah, the press release said.

It added that Indian Oil is the “first corporate that has come forward to support “Project Cheetah” under CSR, as the project has not only national importance but is also essential for balancing the ecosystem”.

“This project is in sync with Indian Oil’s strong environmental conscience and aligns with the company’s focus on conserving India’s natural habitat and heritage,” according to the government press release.

But strangely, this “strong environmental conscience” or the “focus” to conserve India’s natural habitat and heritage appears to have been missing in 2018. 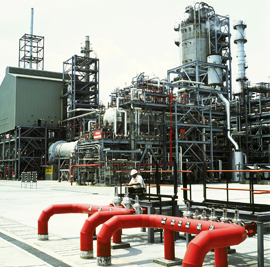 In November that year, a report by a joint team comprising the Central Pollution Control Board, Haryana State Pollution Control Board and Deputy Commissioner Panipat found that the IOC’s refinery in Panipat, Haryana, was violating green norms. The Indian Express reported that samples from the Effluent Treatment Plant were found to be noncompliant, ambient air quality exceeded norms, and volatile organic compounds caused an odor, and irritation to eyes. Untreated effluent was found to have been discharged in green belt areas and ground water samples too did not comply with the norms.

In 2020, the National Green Tribunal (NGT) slapped a Rs.25 crore penalty on the IOC for these violations. In March this year, the NGT constituted a joint committee to monitor environmental restoration in the village (Singhpura Sithna) that was affected.

This includes restoration of groundwater quality, supply of safe drinking water to the affected people, development of green belts, rainwater harvesting, medical checkups and development of necessary systems to prevent discharge of untreated waste into the drain, reported Hindustan Times.

Getting CSR funds for conservation is a good idea, said scientist Ullas Karanth, who has been studying carnivores including tigers across the country for almost four decades now. But the money is not being targeted wisely, he said. “It is either being given to greenwash oneself or to please the government.”

The IOC’s Rs 50 crores is being contributed to a project which, according to several experts, including Karanth, “is doomed to fail”.

“It is a hare-brained project which has no ecological viability,” said Karanth. “What it will end up being is a bunch of cheetahs running around in an enclosure and being artificially managed – a larger version of a zoo. It can hardly be called reintroduction…it will not establish a free-ranging unsupported population of cheetahs.”

This is because the cheetah needs huge expanses of habitat to thrive, he explained. “If we assume Kuno is as good as the best African cheetah habitats, it can support less than 5 cheetahs. Tigers, lions and leopards can pack in at densities as high as 15 cats per 100 square kilometres.”

They are also a “very fragile species” that do not do well in the presence of livestock or stray dogs, he added. Even in their prime habitats, studies show that only 5% of cheetahs that are born make it to the reproductive stage. “It’s 20% in tigers,” he said.

There have always been questions raised about why Project Tiger had to be a separate project instead of being merged with the regular centrally-sponsored schemes. It’s the same with Project Cheetah and Snow Leopard too, he said.

“It’s all about the money. The IOC is an arm of the government, it is a public sector undertaking. So you’re essentially putting money from one pocket of the government into another. It is taxpayers’ money that is being blown up,” Karanth said.

All resources are important for conservation, said another big cat expert Ravi Chellam, who has also spent decades studying and engaging with the conservation of the Asiatic lions of Gir. “As long as this funding doesn’t result in greenwashing to enhance the environmental friendly credentials of Indian Oil, I do not have a problem,” he said. 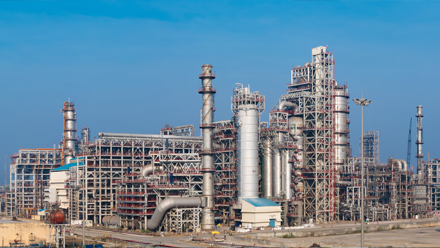 “While financial resources are important, a bigger and more effective role that companies should play is to ensure that their operations are less polluting, carbon neutral and not degrading either the local ecologies or the lives of local communities in the places they operate in and also the places from which they sources their raw materials. Do no harm to the environment should become the operating principle and the world would be a much better place if this was done.”

It may not benefit grassland conservation

According to the cheetah Action Plan, “bringing back” the cheetah will help conserve the currently-neglected grassland habitats in the country. Ecologists who study grasslands, however, are not convinced that these habitats – which are still officially designated ‘wastelands’ in India – will benefit from this in any way, as The Wire Science reported in January. One of the reasons is that the plan continues the government’s focus on existing protected areas, which mostly exclude open natural ecosystems. A recent study found that India’s existing protected areas cover less than 5% of Open Natural Ecosystems which include grasslands too.

“If conservation of grasslands and open forest habitats is the goal, introduction of African cheetahs is a very slow, inefficient, risky and extremely expensive way to try and achieve it,” Chellam said. “This introduction will stall and further delay the already much delayed translocation of lions to Kuno. It is a matter of Rule of Law. There is a standing order of the Supreme Court dated 15th April 2013 which needs to be respected and implemented.”

In the order that Chellam is referring to, the Supreme Court directed the Union environment ministry to “take urgent steps for translocation of Asiatic lion from Gir forest to Kuno”, and that this be done in six months. It has not materialised yet. The government’s Action Plan to introduce the cheetah states that the lions can be reintroduced in Kuno after the introduced African cheetahs have established themselves in about 15 years. This will further delay the translocation of lions which should have been completed in late 2013.