In a New Study on Bird Loss, Some Scientists Say Subtlety Is Lost, Too

A recent paper in the journal 'Science' documented declines in some bird populations, but did the packaging and coverage paint a skewed picture? 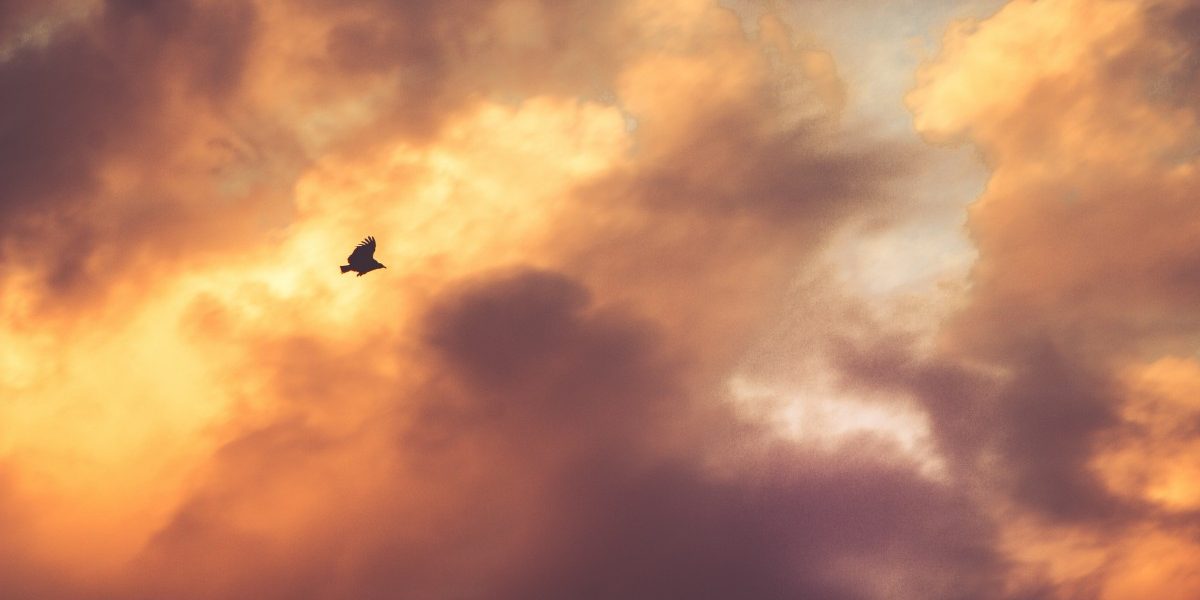 When a major new study on North American bird populations appeared in the journal Science last week, it included all the trappings of a typical scientific paper, along with one, less conventional addition: The study also came with its own hashtag, #BringBirdsBack.

Certainly, the central finding of the research team, led by Ken Rosenberg, a conservation scientist at the Cornell Lab of Ornithology, seemed likely to trigger strong public reaction, on and off social media. Since 1970, the researchers estimated, the North American bird population had declined by roughly 2.9 billion birds, a 29% drop. It was, the researchers wrote, “an overlooked biodiversity crisis.”

The finding received widespread media coverage. “Where Have All the Birds Gone?” a headline in The Seattle Times asked. A piece in Vox wondered whether the trend would end in a “bird apocalypse.” (Not necessarily, the piece conceded.) And the headline on a front-page story in The New York Times declared that “Birds Are Vanishing From North America.” The dramatic opening line of the piece: “The skies are emptying out.”

Researchers affiliated with the Cornell team even managed to land an accompanying op-ed essay in The Times the very same day. “The Crisis for Birds,” the headline opined, “Is a Crisis for Us All.”

The declines were certainly notable, but some ecologists have begun to question whether the calculus undertaken in the paper truly warranted this sort of language, and the ominous future it seemed to suggest. And those concerns have raised further questions among some scientists – and even some reflection among authors of the paper themselves – about how high-stakes research, the constraints of high-profile journal publishing, and sophisticated publicity can sometimes combine to drive a story into the news cycle while eclipsing important uncertainties, and perhaps even delivering an incomplete message to the public.

Rosenberg’s team analysed bird population monitoring data for more than 500 species of birds in the continental US and Canada. Ten years of data from sophisticated weather radars, which pick up the movements of migratory birds, offered additional support. The researchers found that many bird species had made significant gains in population over the past five decades. But many more had experienced losses, yielding a net population loss of between 2.7 and 3.1 billion birds, centred around an estimated total of 2.9 billion.

“It was kind of a shocking result to us,” Rosenberg told Undark.

The researchers recognised that their paper would draw considerable public attention, and they also began thinking about how to publicise the result. “You know, as scientists we don’t normally do that,” Rosenberg said. “But because the authors of the paper represented multiple organisations that were already active in bird conservation” – Rosenberg himself has a joint appointment with the American Bird Conservancy, a nonprofit organisation based in Virginia – “this coalition formed right away.” The researchers, he said, realised “okay, this is going to be big, and we have to be ready for it. We have to use this as a springboard for messaging.” 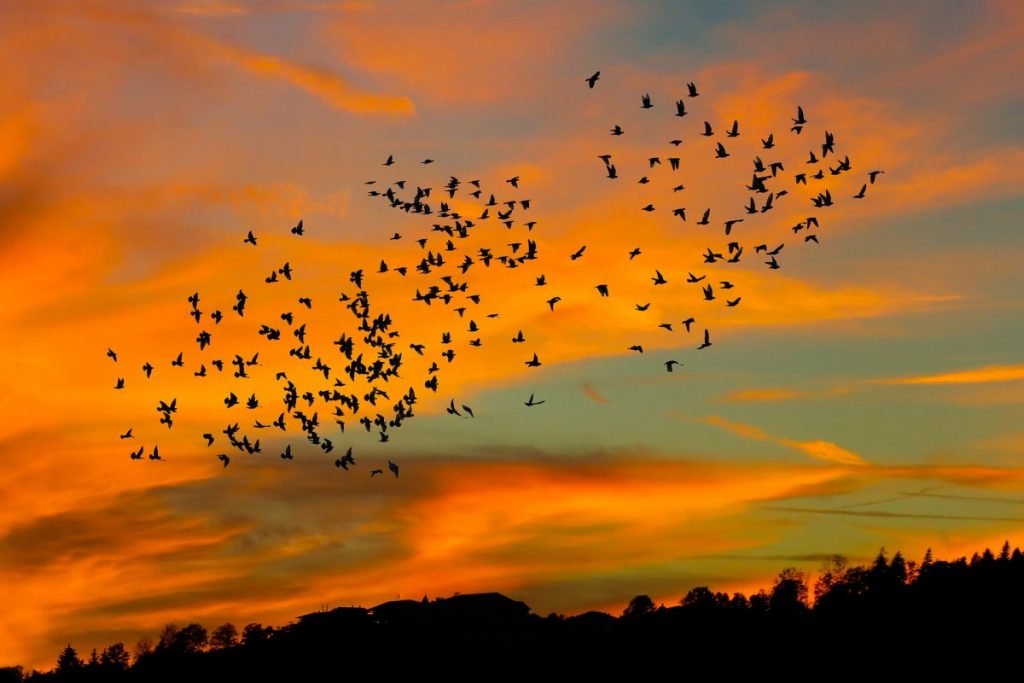 The results were shocking, a researcher said. Photo: Pixabay

The research team was able to develop an unusually sophisticated media strategy. “What’s different is that this time we had the professional communicators right there with the professional scientists, and just a phenomenal team of people who understand media and communication,” he said. “Plus, being lucky enough to publish this in Science, they have their own media machine.”

About a month before the paper was published, the American Bird Conservancy registered the web page domain name 3billionbirds.org, using a memorable figure from the higher end of the study’s 2.7-3.1 billion-bird confidence interval. When the paper was published last Thursday, the website was ready, with a hashtag, a YouTube video, summaries of the paper, a media resource centre, and a downloadable document outlining actions people can take to help birds. The site loads with a flashy, marquee animation of a western meadowlark disintegrating into thin air.

Cornell provided a media package that included b-roll for TV stations and formatted-for-Instagram illustrations of startling stats from the paper. The study’s title, “Decline of the North American Avifauna,” was chosen in part, Rosenberg said, because it echoes the phrase “decline of the Roman Empire.”

Some people have told Rosenberg that, upon seeing some of the graphics the team had prepared, they began to cry. “It’s pretty phenomenal,” Rosenberg said of the public response. “We’re a bunch of bird nerds. We don’t see this kind of global reaction to this kind of news.”

As public attention to the study has intensified, though, not all ecologists are convinced that the numbers in the news actually present such a clear-cut picture. In a post on the academic blog Dynamic Ecology, Brian McGill, a macroecologist at the University of Maine, praised the study, even as he questioned whether the data actually pointed to an impending bird apocalypse.

In the post, McGill observes that, of the 2.9 billion birds lost, many belong to species that are not native to North America. Just two of those species – the European Starling and the House Sparrow – account for close to 15% of the net population loss recorded by the researchers. “The irony is that land managers and conservation agencies have actually spent a lot of money to try to drive down or eliminate invasive species,” McGill said in an interview with Undark.

McGill also argues that, for many other species – especially those that thrive on farmland – population numbers may have actually been inflated in 1970, a result of generations of forest clearance and prairie destruction. By that reckoning, some of the decline may not be a catastrophic drop, but simply a return to an earlier baseline population that precedes the arrival of Europeans.

When I brought up these issues with Rosenberg, who had not yet read McGill’s post, he agreed that they were important considerations. “Those are very good points, and you can dive-in many, many different ways into nuances that we were not able to cover in the paper itself,” he said, adding that “we had to cut out 90% of what we wanted to say.”

The paper does briefly mention that it includes non-native species, and, Rosenberg said, the research team debated whether to include invasive species in the total.

In his Dynamic Ecology post, McGill also observes that the species that account for most of the 3 billion figure, whether native or not, are mostly among the most abundant bird species on the continent. While that loss in biomass is concerning, he argues, it does not necessarily suggest a looming extinction event.

Todd Arnold, a conservation biologist at the University of Minnesota who studies bird population dynamics, made a similar point. “If you take away the 40 biggest decliners from the dataset, then what’s left behind is hundreds of birds, some of which are declining, some of which are increasing. But, on average, the increases outweigh the declines,” Arnold said.

Many of those birds in the top 40 decliners, he continued, should absolutely signal concern. But, he said, “that’s not apocalyptic. It’s saying that, you know, between 5-10% of our avifauna is in serious trouble,” he added. “That’s a serious message. It’s maybe not quite ‘Decline of the North American Avifauna.’”

A slightly different framing of the exact same data, Arnold continued, could have yielded an accurate, more nuanced story – but then it also would have been less likely to earn a place in what is arguably the world’s most prominent science journal, and all the predictable publicity that came with it. “I’m pretty sure if I tried with the same analysis, and focused on the fact that I could do a really cool and sophisticated analysis based on 500-plus species, that would never get past the editor’s eye,” he said. “It would have ended up somewhere. But certainly not in Science.” 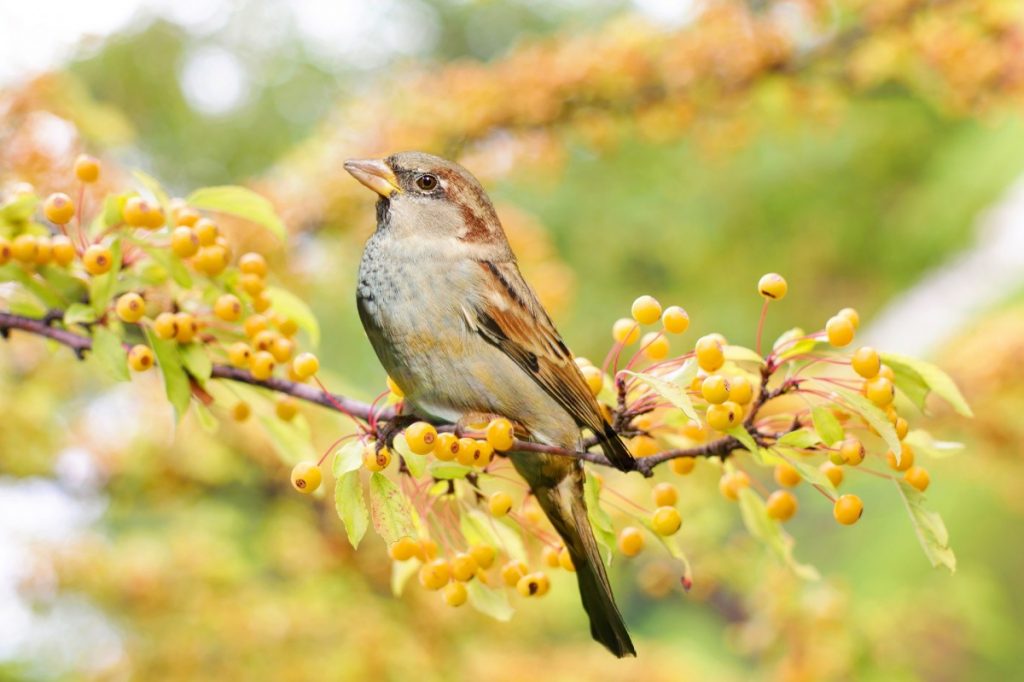 When they set out to publish a paper, researchers have to balance competing demands. Along with the desire to publish good science, they are often vying for a coveted slot in a top journal. And when placing a paper in a top journal, such as Nature or Science, some scientists have complained, it helps to have a paper that will garner media attention. It also tends to come with some space limitations, McGill suggested. “They were in a Science magazine format, which gives you about three pages, and so not a lot of room to get into nuance,” he said of the Cornell researchers. “And I think they did acknowledge and raise several of the issues that I raised.

“I mean, we could go back and have a conversation about scientists, whether it serves our careers well to get into high-profile journal like that … ” he added. “You can’t really have a nuanced conversation in those places.”

For researchers whose work has implications for policy and conservation, there are added considerations about how they should convey the urgency of their findings, and about how their work will reach the public and, perhaps, policymakers.

Rosenberg said that the research team had been divided on how exactly to convey their findings. Some members of the team, he said, had actually hesitated to use the word “crisis.” Others had objected to the word “collapse.” (The final paper does use the word “crisis,” and it refers to the “potential collapse” of bird populations.)

Certainly, some of the media package graphics produced as part of the study’s promotional roll-out seemed to emphasise drama over detail. In one graph, posted on a Cornell Lab of Ornithology blog, a population line plunges nearly to the x-axis, seeming to imply a coming mass extinction – a finding that is not supported by this dataset, and that does not reflect the actual claims of the paper.

To some, these kinds of images may represent a clear, internet-friendly way to communicate a serious conservation issue. To others, they may run the risk of appearing sensationalist – or of helping to feed coverage that takes on apocalyptic overtones. McGill said the reception of the avifauna paper reminded him of “insectageddon” – a series of high-profile studies on insect population decline that sparked headlines worldwide, but that also came under scrutiny from biologists who argued that the findings had been dramatically overstated.

Manu Saunders, a post-doctoral researcher at the University of New England in Australia who studies ecology and insect populations, and a prominent critic of the insect armageddon narrative, made a similar point. “I think that the bird apocalypse wouldn’t have been such a big deal in the media if the insect apocalypse hadn’t happened,” she said. Much of the hype around an impending insect disaster, Saunders said, grew from media relations professionals at universities who took otherwise solid studies and misrepresented their conclusions in press releases. She’s concerned that the insect collapse hype has built a sensationalised “framing narrative” that is shaping the way both scientists and the media report on population changes in a variety of species.

“That’s not what’s really happening,” he added. “I think it hurts the credibility of scientists.”

This article was originally published on Undark.