The study follows the 2015 leak of the Panama Papers, which showed how wealthy individuals and companies use offshore schemes to reduce their tax bills. A man reacts as an illegal logging camp is burnt during "Operation Green Wave" conducted by the Brazilian Institute for the Environment and Renewable Natural Resources, or Ibama, to combat illegal logging in Apui, in the southern region of the state of Amazonas, Brazil, July 28, 2017. Credit: Reuters/Bruno Kelly/File Photo

Oslo: Scientists called on Monday for greater transparency over the use of tax havens by companies involved in activities that have harmed the world’s oceans and the Amazon rainforest.

In a study published in the journal Nature Ecology and Evolution, they said many firms involved in illegal fishing worldwide used tax havens to register their vessels, while investments in farming that has damaged the rainforest often flow via offshore accounts.

The study follows the 2015 leak of the Panama Papers, which showed how wealthy individuals and companies use offshore schemes to reduce their tax bills.

Seventy percent of fishing vessels implicated in illegal, unreported and unregulated catches had been registered at some point in a tax haven, led by Belize and Panama, the scientists wrote in the journal.

By contrast, they said, only about 4% of all the fishing vessels registered worldwide are flagged in tax havens.

The scientists also cited documents from Brazil’s central bank which showed that almost 70% – or $18.4 billion of a total $26.9 billion – of foreign capital invested by major companies in soy and beef farming in Brazil from 2000-2011 had flowed through tax havens.

Land clearances for beef and soy farms have been “key drivers of deforestation”, especially in the early years of the period, they said. Most funds for beef and soy went via the Cayman Islands, Bahamas and Netherlands.

“In the fisheries case … there are examples of illegal uses of tax havens. We are talking about tax avoidance,” lead author Victor Galaz of Stockholm University told Reuters.

By contrast, Galaz said there was nothing illegal about using a tax haven to channel money to farms in Brazil, but he added that this could sometimes act as an indirect subsidy for environmentally damaging practices. 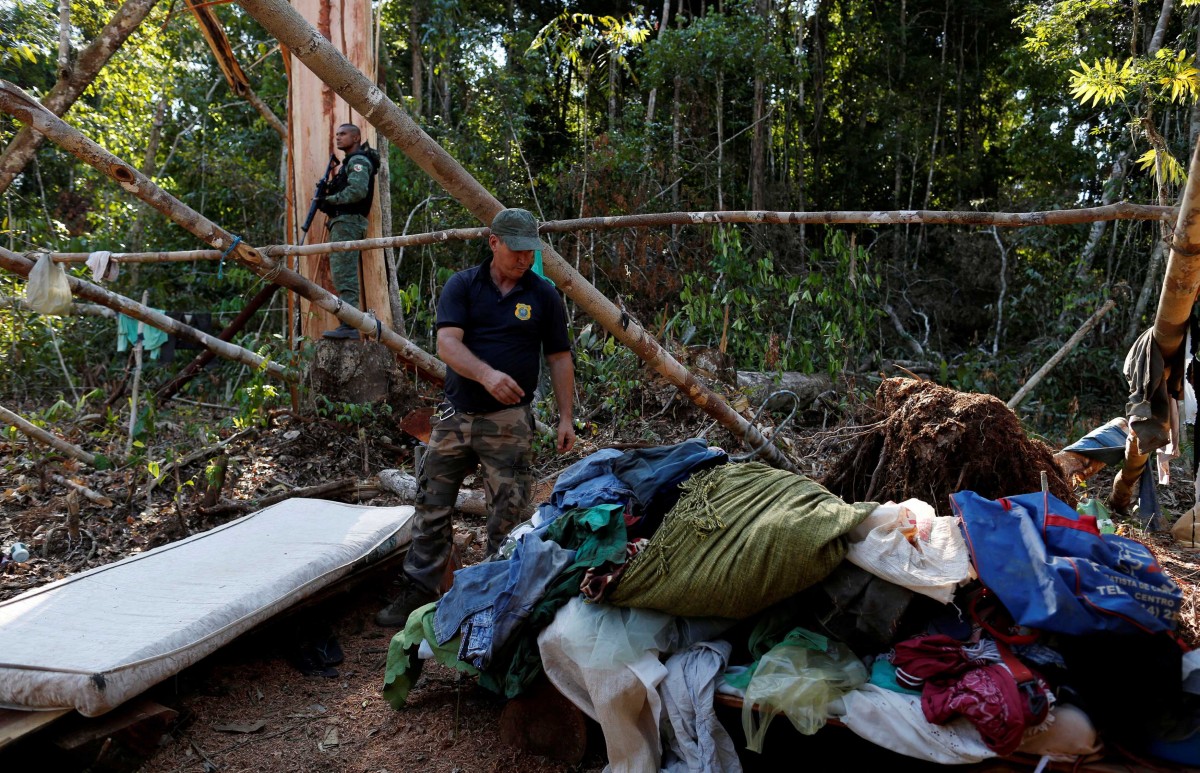 Agents of the Brazilian Institute for the Environment and Renewable Natural Resources, or Ibama, check an illegal logging camp during “Operation Green Wave” to combat illegal logging in Apui, in the southern region of the state of Amazonas, Brazil, August 3, 2017. Credit: Reuters/Bruno Kelly/File Photo

The report did not name fishing companies but the scientists wrote to firms listed on the Brazilian central bank documents, which showed Cargill and Bunge had the largest amount of loans or cash flowing via tax havens.

Both companies said they were committed to protecting the environment and supported a 2006 soy moratorium in Brazil, which bans purchases from recently deforested areas.

“We do not ‘hide’ profits or cash in tax havens,” a Cargill official wrote to the authors. “Our company is subject in the U.S. to full disclosure of all our activities and bank accounts associated with non-U.S. holding companies.”Cargill told Reuters it had nothing to add to that statement.

“Our goal is to build sustainable supply chains free of deforestation,” a Bunge spokeswoman wrote in an e-mail to Reuters, echoing remarks the company sent to the authors.