The field director of Nagarahole Tiger Reserve had gone to the area to assess damage caused by a "mild" fire in the area. 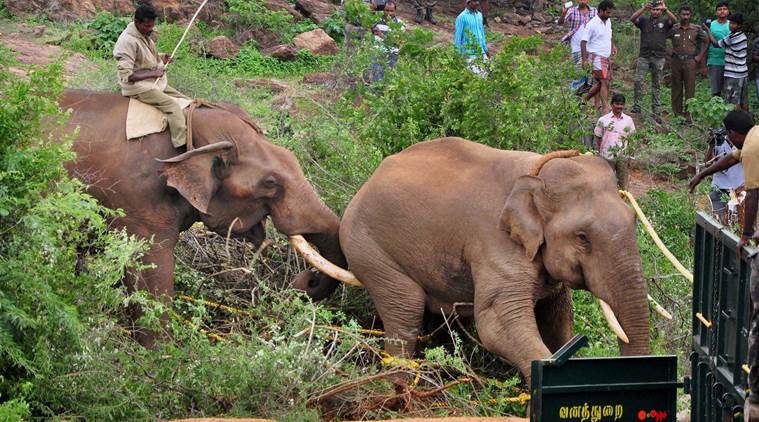 Coimbatore: A rogue elephant which had been creating menace, after being captured by the forest officials at Madukkarai in Coimbatore on Sunday. PTI Photo (PTI6_19_2016_000147B)

Forest officials said the incident took place at Tatigundi Kere in the D.B. Kuppe range near Kakanakote at about 1:30 pm.

The officer, S.Manikandan, who was the field director of Nagarhole Tiger Reserve, had gone to the area to assess damage caused by a “mild” fire in the region the previous evening.

After getting down from the jeep, they had walked for a while when the elephant attacked them from behind. While others managed to escape, Manikandan was attacked by the elephant and trampled to death. He was taken to a government hospital where doctors declared him brought dead, Sridhar said.

“He was a good officer, who was committed to the conservation of forest. He was posted as the field director of Nagarahole Tiger Reserve two years ago,” he said.