In Andhra Pradesh and Karnataka too, rains resulted in losses of lives and damage to crops. 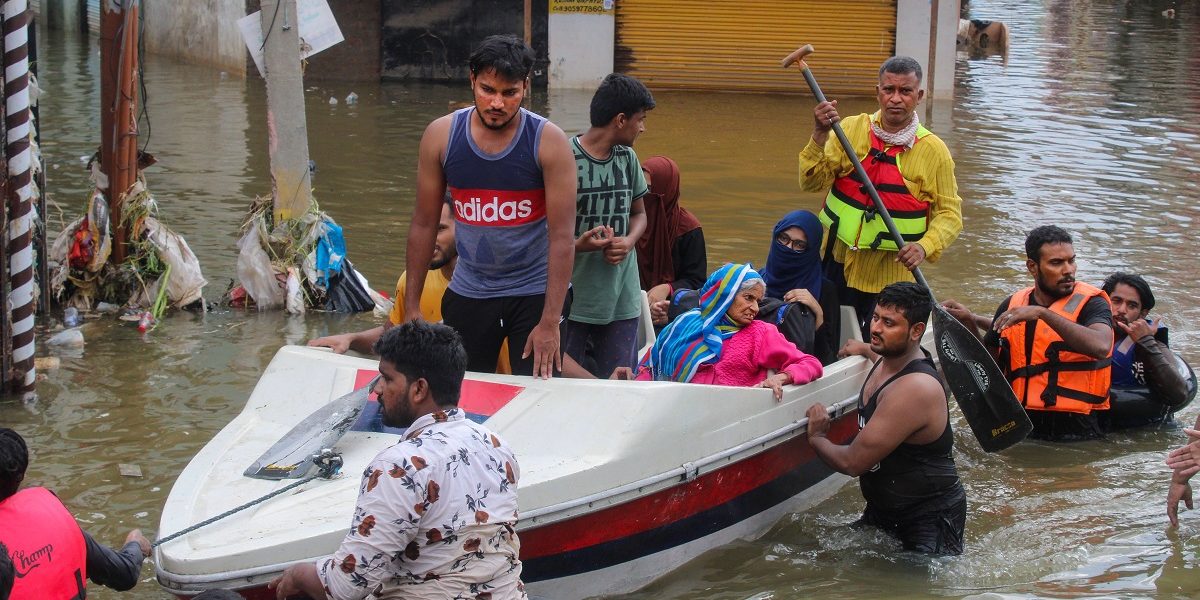 Hyderabad/Bengaluru: In one of the worst spells of downpour spanning over a few days in this city and other parts of Telangana, 50 people died while the government pegged the losses from the deluge at an estimated Rs 5,000 crore.

With relief works underway, the city and other affected parts started limping towards normalcy. A total of 50 people, including 11 from Hyderabad, died in rain-related incidents in the state.

Heavy rains also caused huge losses in Andhra Pradesh, Maharashtra and Karnataka. Cumulatively, the four states have reported at least 88 deaths, but the toll could rise as rescue efforts are still underway in many parts.

In Telangana, officials said that for the first time after 1916, such a big spell of rain was recorded under the Greater Hyderabad Municipal Corporation (GHMC) limits, leading to several localities being submerged.

Chief minister Rao, who reviewed the situation, directed the officials to take up relief measures on a war footing.

Immediate financial assistance of Rs 5 crore would be provided to the GHMC to carry out relief works, an official release quoted him as saying.

He also announced a compensation of Rs 5 lakh each to the families of the deceased. New houses would be built for those whose homes were completely destroyed, while financial assistance would be given to those whose houses suffered partial damage.

Draining out stagnant water and restoration of power supply should be done on a war-footing, he said.

Rao observed that a closer look at the flood situation in Hyderabad shows that residential colonies built within the Full Tank Level (FTL) of tank faced flooding.

Adequate measures should have been taken while constructing apartments so as to ensure that water does not stagnate in the cellars.

He directed that henceforth while giving building approvals to apartments, there should be a regulation that measures should be put in place to prevent water stagnation in the cellars.

Though water started receding from many inundated parts of the city, some localities continued to remain underwater and the government machinery stepped up efforts to pump out water.

The heavy rains, officials said damaged crops on 7.35 lakh acres in the state and estimated Rs 2,000 crore loss to the sector.

In Hyderabad, the body of a postman, who allegedly fell in swirling rainwater on Tuesday, was fished out in a lake on Thursday, police said.

Efforts were on to trace six members of a family who were among nine people washed away on Wednesday at Bandlaguda after they fell in floodwaters, police said.

State municipal administration minister K.T. Rama Rao, son of the chief minister, visited different rain-affected areas in the city, including Nallakunta, Musheerabad and Amberpet and assured the victims that the state government would provide immediate assistance.

In Maharashtra, where the depression was headed after crossing Telangana, at least 27 people died in various rain-related incidents in three western districts – Solapur, Pune and Sangli. Heavy rains caused depression battered various parts of the state from Wednesday afternoon, leading to widespread flooding. More than 20,000 people were moved to safer locations in these districts.

The India Meteorological Department (IMD) had predicted that manty parts of Maharashtra would receive heavy rain from Wednesday onwards.

According to the Indian Express, as many as 27 deaths were reported in rain-related incidents in Solapur, Pune and Sangli districts from Wednesday till Thursday afternoon. The report says 14 persons were killed in Solapur district – including six in a wall collapse incident in Pandharpur. In Pune, four persons died in rain related incidents and nine in Sangli district. Search and rescue operation underway after a wall along the banks of Chandrabhaga river collapsed following heavy rains, at Pandharpur in Solapur district, October 14, 2020. Photo: PTI

In Andhra Pradesh too, incessant rain caused havoc. At least 11 people have died in the state, six from Vishakhapatnam, two from Guntur and one each from Krishna, East Godavari and West Godavari districts.

According to the Karnataka State Natural Disaster Management Centre, the floodgates of all the major dams have been opened resulting in water gushing into villages and formation of islands at different places.

Chief minister B.S. Yediyurappa said he will hold a review meeting on Friday with administrations of districts that have been ravaged by torrential rain and floods, and necessary funds were being released for taking up the relief work.

Due to rising inflow in the Bhima river, villages that come in the river basin have been affected by floods.

As a precautionary measure people in danger are being shifted to relief camps, he said.

For the safety of people, NDRF teams – 2 each in Kalaburagi and Yadgir and one in Raichur – deployed by the Centre have been functioning.

Steps are being taken to deploy two additional NDRF teams, one each for Kalaburagi and Yadgir, he said.

Two helicopters are also being sent to Bidar airport to be used for the safety of people whenever required, the CM added. The rainfall that is reported to be heaviest since 1992 has affected most parts of north Karnataka, especially Kalyana Karnataka region.

According to official data, a total of 54 relief camps are operational in seven districts where 7,776 people, who have been displaced are taking shelter.

While agriculture crops in 1,04,418.82 hectares have been lost, the horticulture crop loss is estimated to be in 3,481.93 hectares, the data showed.