According to official data, several districts in the city on Saturday received over 150 mm of rain, a little less than 200 mm reported last week. 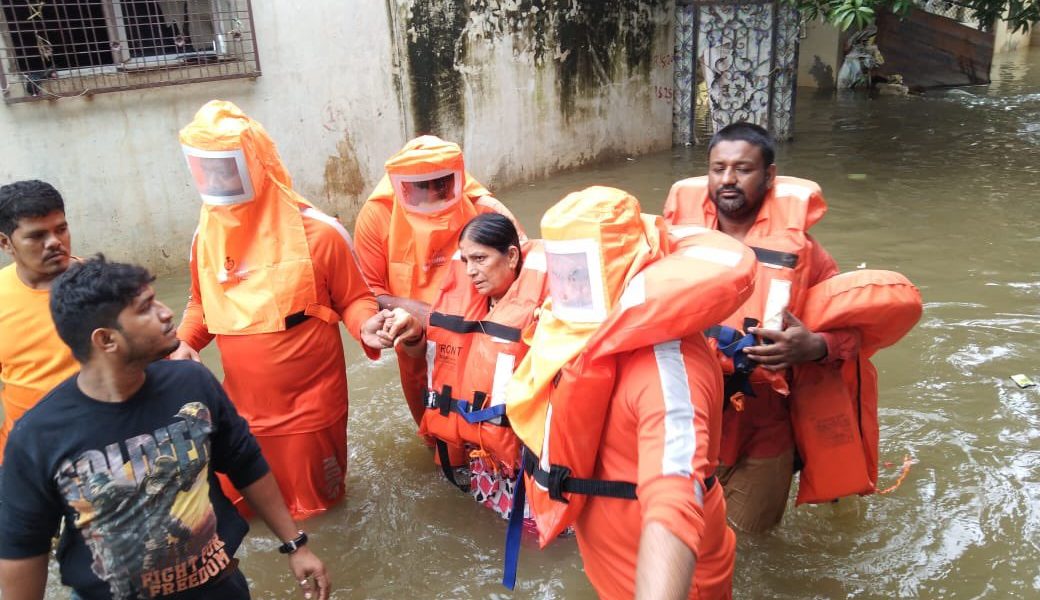 Hyderabad: Close on the heels of a downpour that devastated parts of the city earlier this week, several areas in the metropolis received heavy showers on Saturday evening, triggering traffic snarls and waterlogging.

According to official data (from 8.30 am to 10 pm on Saturday), Singapur Township in Medchal Malkajgiri district received 157.3 mm of rainfall, followed by 153 mm of rain at Bandlaguda near Uppal in the city.

The city recorded its highest rainfall in a century, receiving over 200 mm of rainfall.

Several other areas in the city also witnessed heavy rain.

The Disaster Response Force (DRF) personnel of the Greater Hyderabad Municipal Corporation (GHMC) were continuously working on the field clearing water stagnations and inundations and all possible measures were being initiated because of the rainfall, Vishwajit Kampati, director, vigilance and disaster management of GHMC, said in a tweet.

The state government has been carrying out relief measures in the rain-affected areas, even as some localities, close to water bodies, remained in the water.

The Met office in its forecast for Sunday said light to moderate rain or thundershowers is very likely to occur in some parts of the city, at times intense spells at one or two places in the city.