Hunters Should Stop Using Lead Bullets and Help Save the Vultures

A new threat to vultures is emerging: lead poisoning from ammunition used by game hunters. 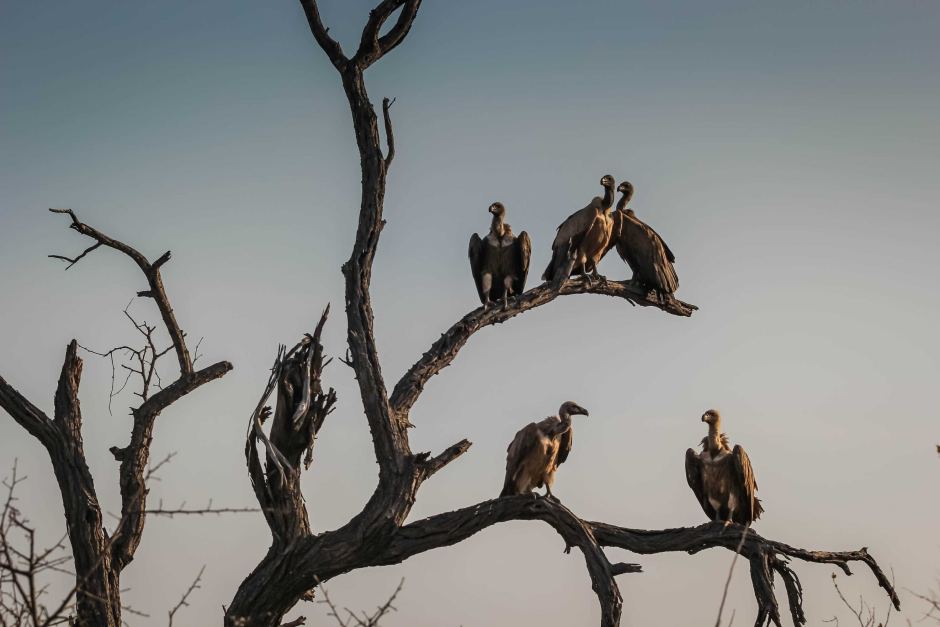 Vultures in Africa are in crisis. Across the continent their numbers have declined so rapidly that most species are now endangered or critically endangered. This means they face extinction in the wild.

The main causes of these declines are mass poisoning, usually by livestock owners trying to kill other predators, and poachers deliberately trying to kill vultures. The birds gather to feed on shot animals, giving game rangers a sign of where to look for poachers.

African vultures are nature’s clean-up crew. By disposing of animal carcasses left out in the open they stem the spread of disease to other animals and to humans. They also help to regulate populations of opportunistic scavengers that may spread diseases. Losing vultures could have far-reaching implications and costs.

But now evidence suggests a new threat to these birds is emerging: lead poisoning from ammunition used by game hunters. The birds eat fragments of lead bullets in the carcasses of animals that have been shot. Lead is highly toxic to all animals. It can cause death and even sub-lethal levels can negatively affect survival and reproductive rates.

This threat has until now received very little attention. But our study, published in the journal Science of the Total Environment, suggests it should be taken seriously to increase the chance of saving vultures from extinction across their African range.

Other studies have already shown that the amount of lead found in African vultures is higher than background rates. But our study is the first to reveal a direct association between the raised levels of lead in the blood of African vultures and the activities of big game hunters.

We tested the blood of nearly 600 critically endangered white-backed vultures (Gyps africanus) in Botswana over four years. The birds were caught inside and outside the hunting season, and inside and outside hunting areas. Thirty percent had elevated blood lead levels. Most importantly, lead levels were highest during the hunting season and in hunting areas. This finding points toward lead ammunition used in hunting being the most likely source.

When an animal is shot, a lead bullet fragments widely throughout the carcass. The carcass or the guts of these animals are often left out in the open. Vultures can then ingest fragments while they are feeding. Our results suggested this was happening in Botswana.

The risk of lead poisoning has been known for decades. Its detrimental effects on many species of birds, particularly waterbirds, have resulted in legislative changes in many regions.

The Californian condor plummeted towards the edge of extinction as a result of the direct ingestion of hunters’ ammunition in carcasses. Fortunately, following a state-wide ban on the use of lead ammunition and after intensive conservation efforts, the population is now recovering.

But concern over the threat to other scavenging raptors is increasing. Recent research has shown that lead poisoning can have negative effects even if it doesn’t kill the birds. For example it can alter their movement patterns and reduce their breeding performance. For some birds, moderately elevated lead levels can even increase the likelihood of collisions with power lines.

There are alternatives to lead ammunition. Copper or copper alloy bullets are the most obvious. But hunters are reluctant to use them because of cost and ballistic concerns.

The threat of lead poisoning for vultures in Africa is under-appreciated. It may not be the main reason their populations are in decline, but unlike the illegal activities of livestock owners or poachers, it can be tackled through simple legislation.

There must be a policy change. The Convention for Migratory Species has urged countries to phase out the use of lead ammunition.

Botswana is one of the few countries that have not signed the convention. But it supports important numbers of five species of African vulture in danger of extinction. We would therefore urge the government of Botswana to follow the 29 countries that have regulated the use of lead ammunition, by imposing a nationwide ban.

Botswana has taken action before on hunting. In 2014, it banned hunting on government-owned land. Hunting still happens on privately owned game farms, which offer hunting safaris.

Our study also explored whether lead levels in vultures declined following this ban. We found the opposite effect. Lead levels were higher after the ban. The reason could be that vultures may have shifted their foraging to private game farms. Hunting – and vultures’ food supply – may have become more concentrated on private land after the ban.

Hunting of big game in Africa is of considerable economic importance in many areas. Hunters claim that their activity has conservation benefits as well. But for hunting to be truly sustainable, the issue of lead ammunition needs to be addressed.

Vultures range over huge areas, frequently crossing international boundaries. So action to ban lead ammunition has to happen at a regional scale.

Lead poisoning has been a risk for both humans and wildlife for centuries. Non-lead ammunition is now increasingly available and accredited for use by hunters around the world. It is time for the world’s largest hunting continent to make the switch.