A life giving river has been converted into a tool to suit the whims and fancies of the state. 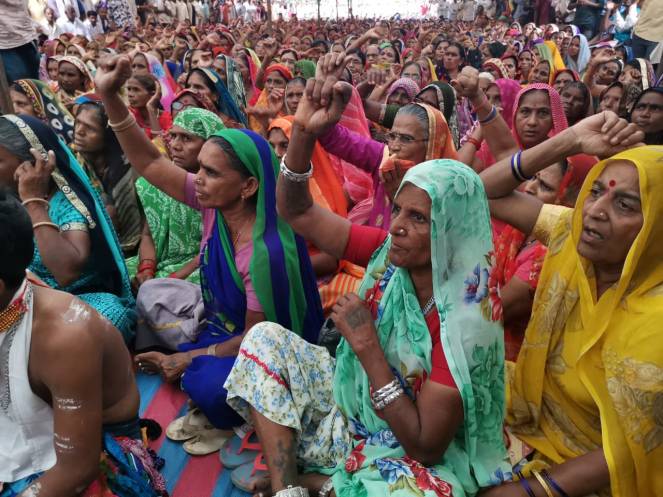 As I write this, around a thousand people are on a hunger strike in a small village on the banks of Narmada river in Badwani district, one of the most fertile and culturally rich parts of Madhya Pradesh. The strike, which started with five women and the leader of Narmada Bachao Andolan, Medha Patkar, was on its sixth day on August 31, 2019. 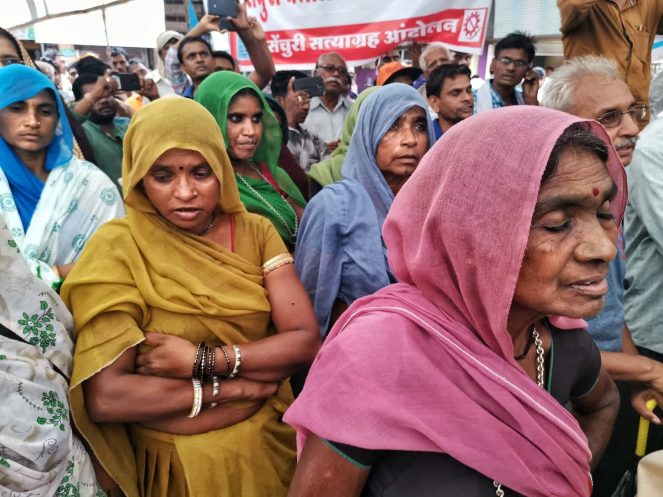 Sardar Sarovar Nigam Limited, in collusion with the Narmada Control Authority, Gujarat government and the Centre is filling the Sardar Sarovar Dam up to its full height of 138.68 metres, even though around 32,000 families, cattle and animals reside in the submergence zone, mainly in Madhya Pradesh. Why are they still there? Why do they keep facing the uncertainty and high-handedness of the government?

The families are still here because their rehabilitation has not been complete in letter and in spirit. People of 125 villages are facing submergence. Filling the Sardar Sarovar Dam up to its full height has been opposed not only by the affected communities, but by the government of Madhya Pradesh as well. Water has reached the 134.74-metre-mark and is climbing as I write. Filling the dam to its height means that 37,690 hectares of land, 11,279 hectares of agricultural land and 13,542 hectares of forest land will be submerged.

Thousands of men, women and children live in this region. Just in the last 22 days, more than 16,000 people have been hastily evacuated from Dhar and Barwani districts of Madhya Pradesh, in the absence of proper rehabilitation facilities.

Which government flushes out thousands of its own farmers, shopkeepers, teachers, fisherfolk and forest dwellers only because it can? 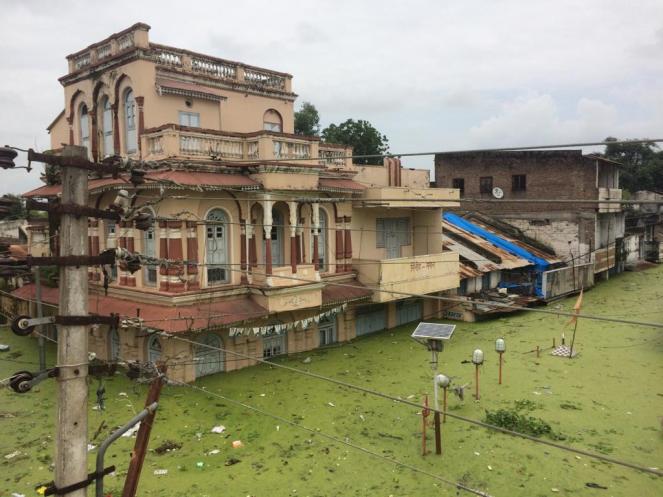 Submergence has been eating up living towns Photo: Suniti SR/NAPM

This same year, in the summer months, nearly no water was released into the river downstream of the dam. The salinity ingression in Bharuch, at the other end of the river, was so serious that factories had to be shut down, and thousands of fisherfolk lost their livelihoods.

A life giving river has been converted into a tool to suit the whims and fancies of the state.

In this background, a month ago, the Narmada Bachao Andolan organised a people’s gathering and jury in Badwani. Those affected from all parts of Madhya Pradesh, Gujarat and Maharashtra came forward and shared their stories. Several people affected by older dams like Jobat, Bargi, Indira Sagar, Omkareshwar and Maheshwar shared their stories and unmet promises.

Farmers from Kutch and Saurashtra talked about their dry fields, empty promises and incomplete canals, fisherfolk from Narmada and Bharuch shared how they lost livelihoods. Notably, Praveenbhai Jadeja, former Gujarat minister of environment and forests apologised in front of thousands of affected people for the wrong assumptions and decisions made by the Gujarat government while erecting the Sardar Sarovar Dam.

Thousands of women, men and children gathered at Badwani in the pouring rains to take part in this rally. The sheer persistence, tenacity and spirit of the people and the movement was and is unbelievable.

A few photographs from the Badwani rally on July 31 that I attended are as follows.

All photos were taken by Abhay Kanvinde for SANDRP. 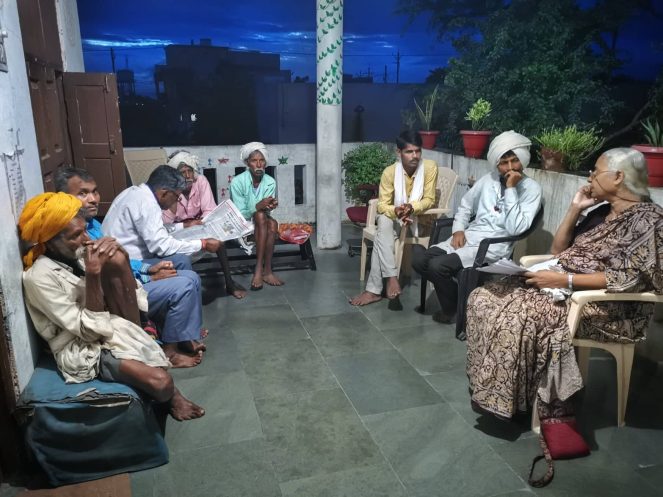 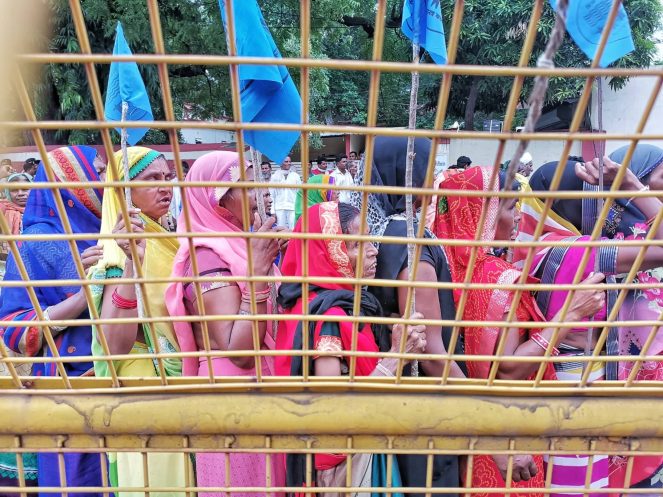 The rally was attended by a large number of women. Photo: Abhay Kanvinde 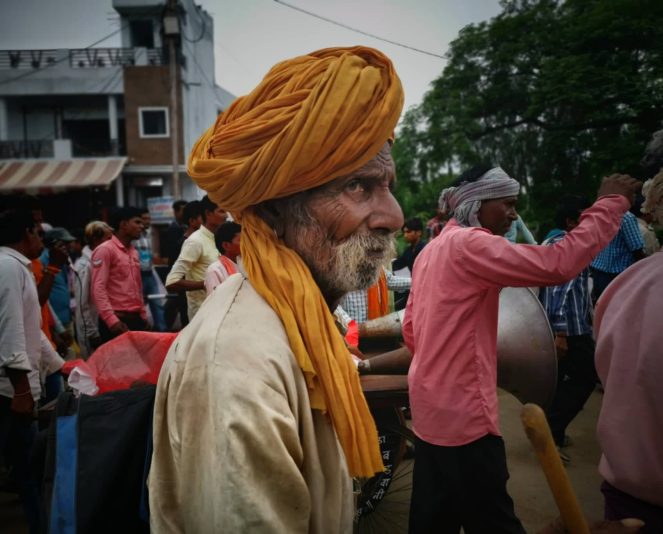 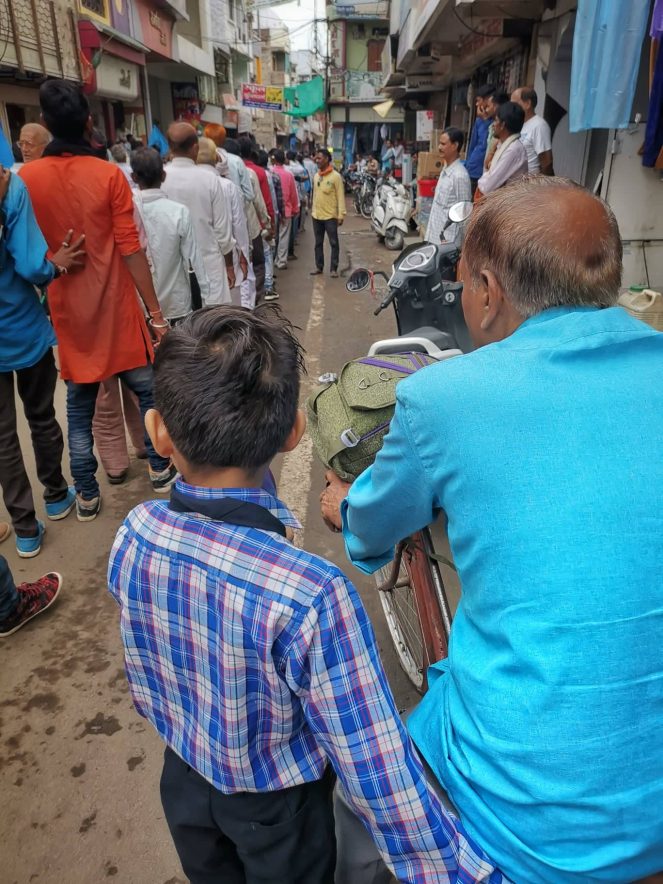 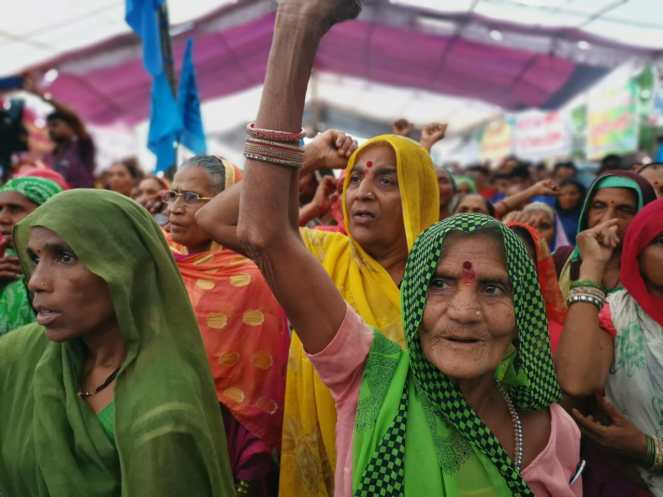 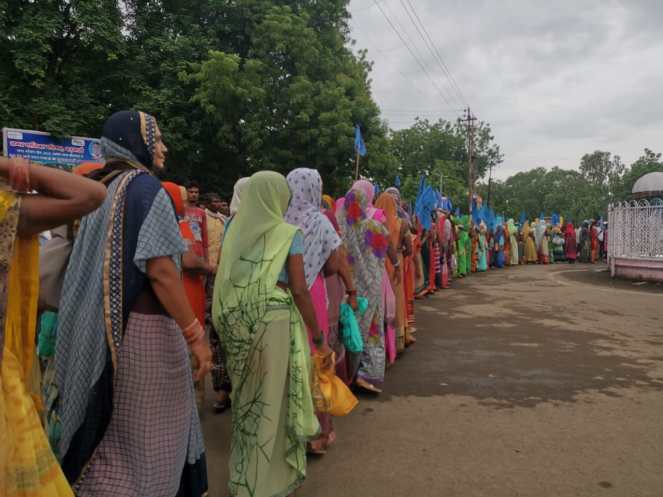 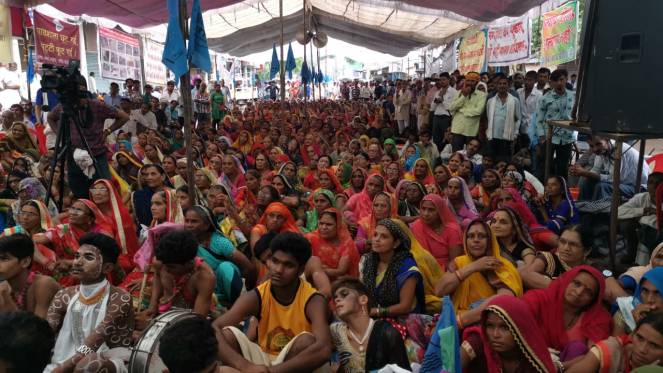 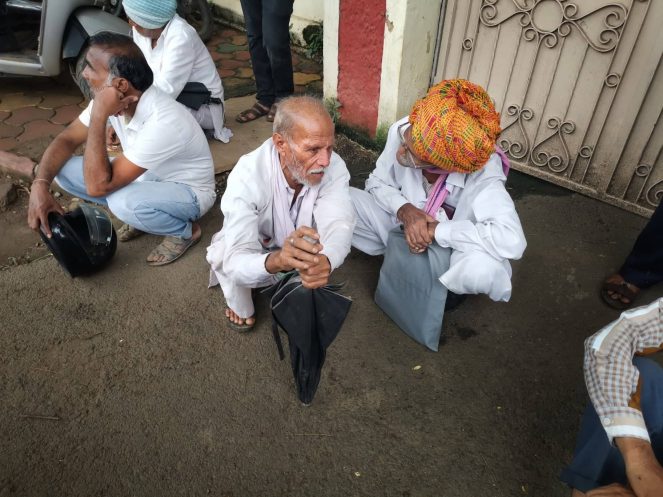 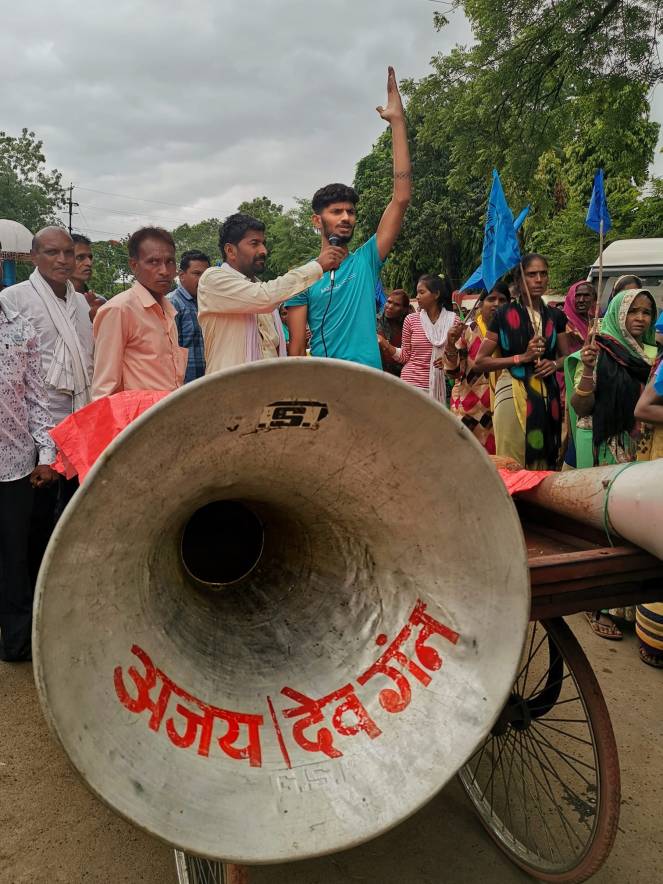 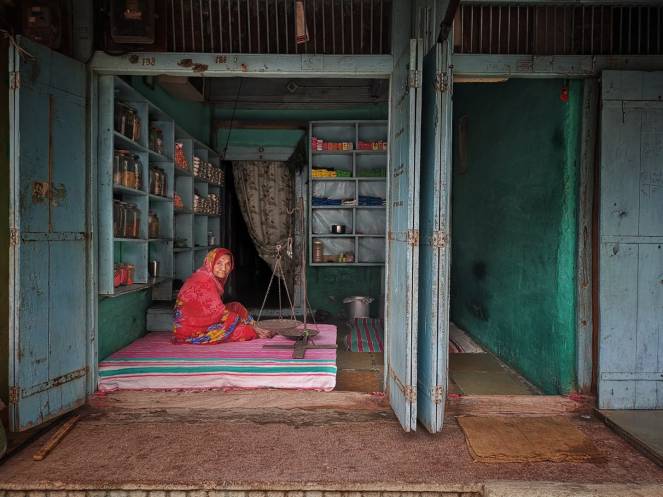 Livelihoods stand to be affected by the rising waters. Photo: Abhay Kanvinde 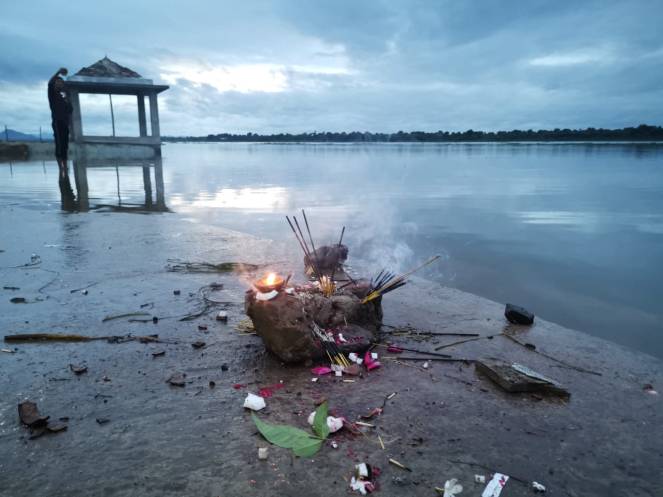 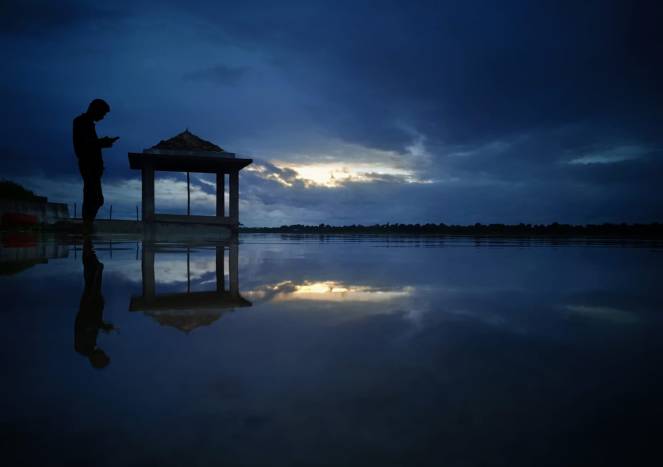 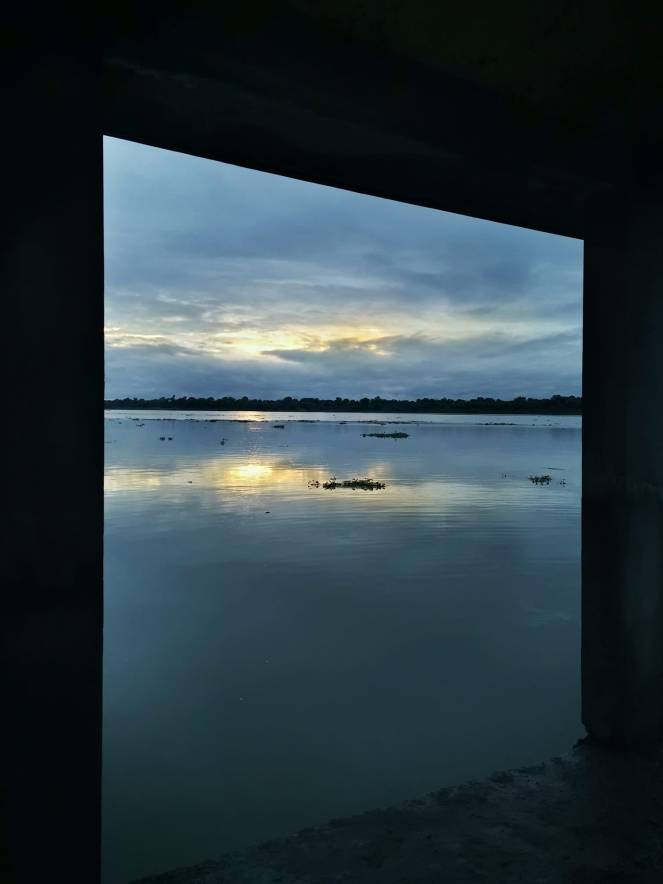 The Khalghat Bridge over Narmada will soon be submerged. Photo: Abhay Kanvinde

In a corner of our country, our fellow countrymen, women, children, trees, forests and towns are looking at rising waters now. 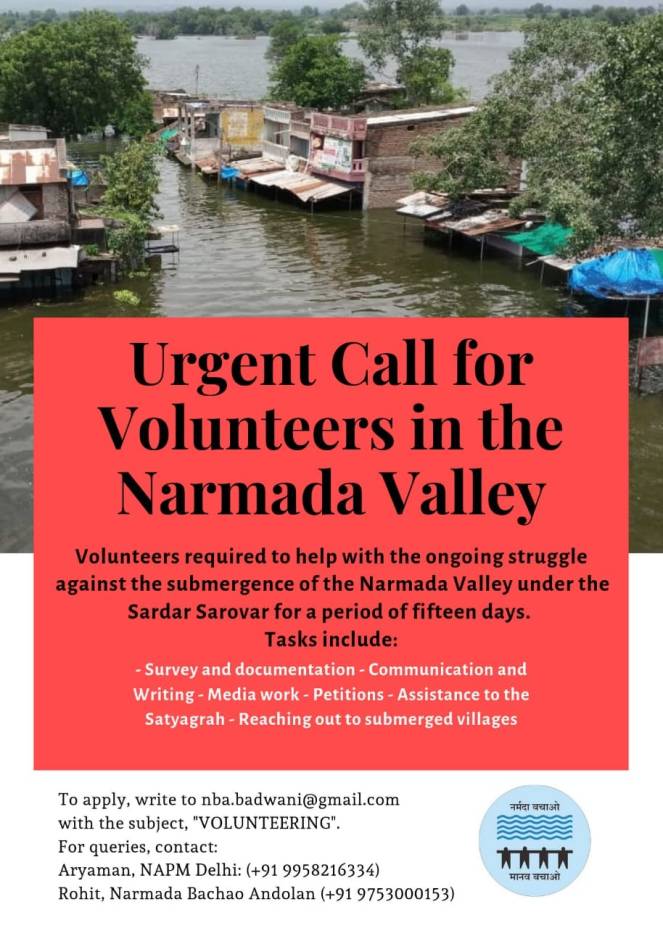 In passing, here is a tweet from the Prime Minister of the country, as over 32,000 families face submergence.

News that will make you thrilled!

Happy to share that the water levels at the Sardar Sarovar Dam have reached a historic 134.00 m.

Sharing some pictures of the breathtaking view, with the hope that you will go visit this iconic place and see the ‘Statue of Unity.’ pic.twitter.com/nfH67KcrHR

This article first appeared in the South Asia Network on Dams, Rivers and People (SANDRP) blog and has been republished here with permission.