How Your Field Notes, Dusty or New, Can Help Science 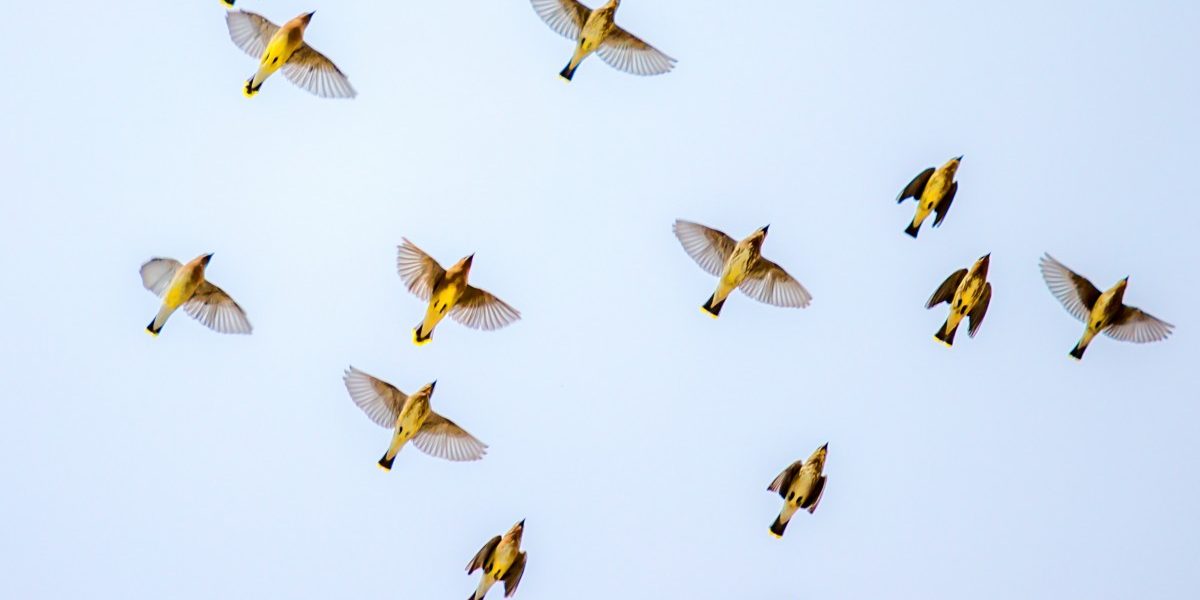 The first time I ever wrote field-notes was when my mother took me birdwatching with the Bangalore Birds group, a motley collection of people who met every other Sunday at a lake or wooded area in the city. I was all of 12 and the only birds I knew how to identify, apart from crows and pigeons, were wagtails.

We were asked to take a few things with us, among them a field-notebook and a pair of binoculars, if we had them. My mother bought me a notebook with a photo of grizzly bears on it and I took along a small pair of red toy binoculars that I was convinced worked very well.

We met the rest of the group at the Lalbagh Botanical Garden in Bengaluru. There were people of all ages, some regulars, some newcomers like us. There were no photographers yet.

My mother had suggested that I write the names of the birds we saw in my new field notebook. 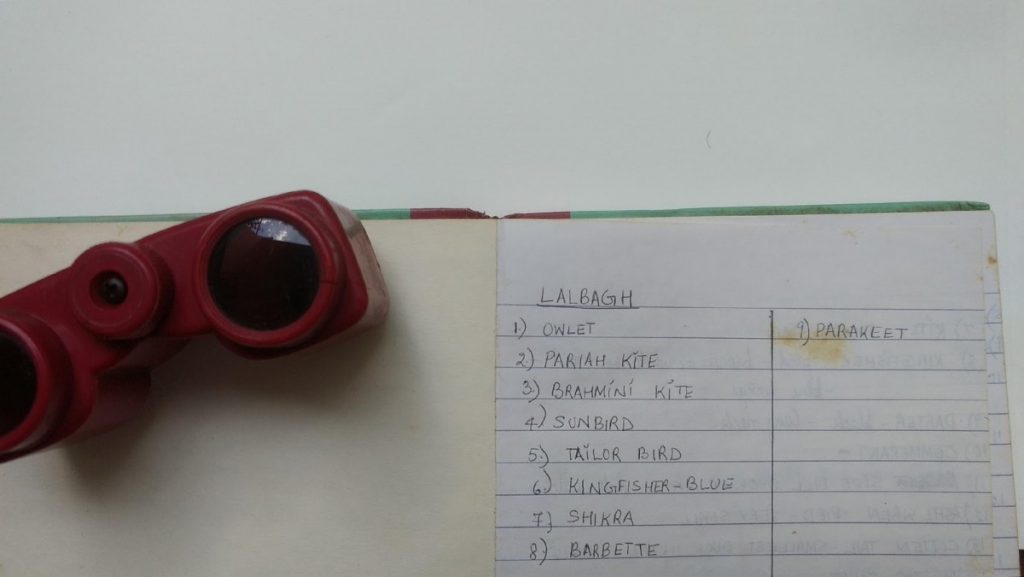 At our next jaunt, at Jakkur Lake, a few seasoned birdwatchers helpfully suggested that we jot down descriptions of the birds we see so that it would be easier for us to remember the bird later. They cautioned us about the notorious ‘little brown jobs’ – birds that are particularly hard to identify because unless you squint and strain your eyes to tell apart one vague wing bar, they looked pretty much like each other.

They suggested what we look out for peculiar behaviours like the cinereous tits that feed upside down, mohawk-like jaunty ‘crests’ on heads like that of a red-whiskered bulbul, calls that ranged from piercing the ‘tik-tik-tik’ of the pale-billed flowerpeckers to the questioning and excited ‘tor-whee’ of the common tailorbird.

I was clearly overwhelmed.

Of the ten bird names I had noted down at Jakkur Lake, I had only described how two looked. And of all the descriptions I could have gone for, I remembered only their colour: all birds that were white are called egrets and all the birds that were grey are called pond herons. Never mind the long necks of the egrets that contort in comical ways as they walk, or the nearly-absent neck of the pond heron as it sits and broods by the side of water bodies. Never mind the other birds. Salim Ali must have writhed in his grave.

But gradually, I also began writing down other descriptions, although they weren’t always helpful. 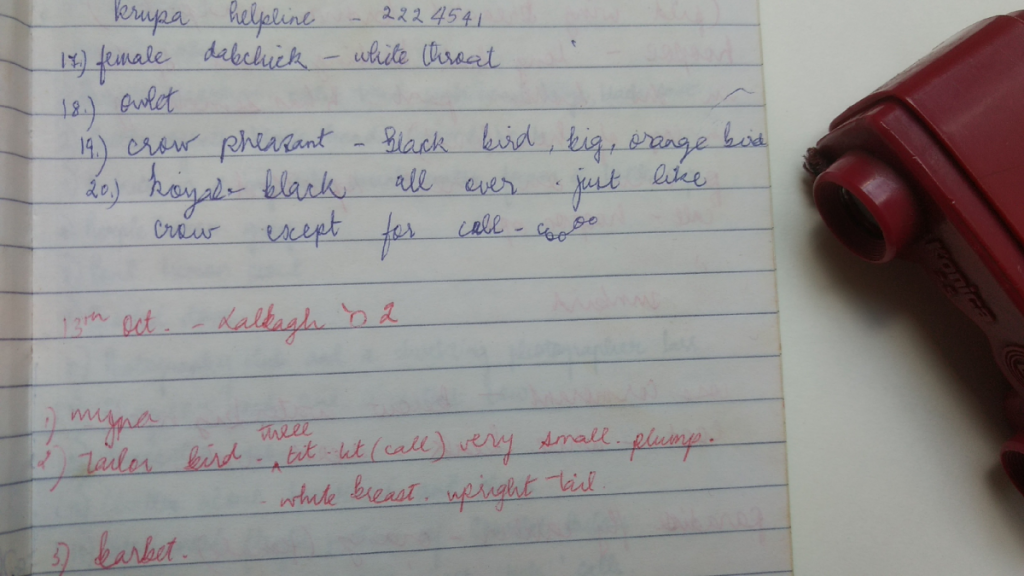 As we became regulars, I started accumulating field notes, but I seemed to not have got the full hang of it. There would still be the odd, vague description that went: ‘crow pheasant – black bird, big orange bird’.

I consider my earliest field-notes to be a prized possession, but I’m not sure all scientists share my sentiment. With the right bits of information, field-notes can be a treasure trove with which to answer questions about the environment.

Like how bird populations are faring in response to increased urbanisation, or how migratory patterns are affected by warming temperatures, shifts in tree fruiting and flowering periods. Historical observations, often painstakingly filed away, including the timing of the arrival of migrant birds across different locations, are crucial jigsaw pieces to help solve the puzzle.

Take a November 2017 study, for example, which revisited a survey of birds in California after over a century. Researchers compared their data with detailed field records, and photographs and notes in neat cursive handwriting, made during the first survey. They found that most bird species now nest a week earlier than they did 70-100 years ago in California’s mountain ranges.

More recently, field-note-taking has become more sophisticated. Citizen science initiatives enable everyone to contribute information and knowledge on various natural phenomena. When put together, such data submitted by people from around the world, and over decades, is more than scientists can ever hope to amass by themselves. eBird is one such initiative: it allows people to submit electronic field-notes – both current and historic – containing GPS data together with information about the number and types of birds found in a location.

Similar information submitted by people across India helped scientists at eBird conclude that the pied cuckoo’s arrival in north and central India, where they are usually absent in the dry months of January to May, coincided with the arrival of the monsoon. This kind of information also helps build real-time maps of bird species to inform conservation strategies.

Observations of citizen science initiatives can range from highly mobile animals like birds to the tree outside your window. SeasonWatch gathers citizen-science data on the timings of flowering and fruiting of trees across India to help understand how they change with a warming climate. Recently, it helped determine the flowering times of 60 Kanikonna trees (Cassia fistula) to help scientists understand whether the species really does flower only during the festival of Vishu.

Observers can also track and prevent wildlife deaths. For example, by knowing where animals cross a particular highway or railway tracks passing through a forest allows us to set up additional protections for them. RoadKills India hopes to use this data to engage with infrastructure developers and improve the safety of humans and wildlife both.

Beyond all of this, the good old-fashioned field-notes can also urge you to observe nature and her patterns, instead of just striking the name of a rare animal off of a bucket-list. Settling down with a notebook and a pair of binoculars, maybe you will also put down notes like Salim Ali once did. “Feeble jingling conversational notes keep the flock together”, of the Oriental white-eyes; “both sexes share domestic chores and are bold in the defence of their nest, of the black drongo, and “the whole sisterhood combines to hurl invectives at intruders in a disorderly chorus”, of the common babbler.

Anisha Jayadevan is an ecologist. She tries to get more people interested in ecology by writing and getting researchers to talk about their work at public gatherings. She posts as @anishafishtoe on Instagram.