How the Use of Tobacco Affects the Environment

Tobacco cultivation and the curing process contributes towards deforestation, soil depletion, loss of soil nutrients and pollution due to the heavy use of agrochemicals. 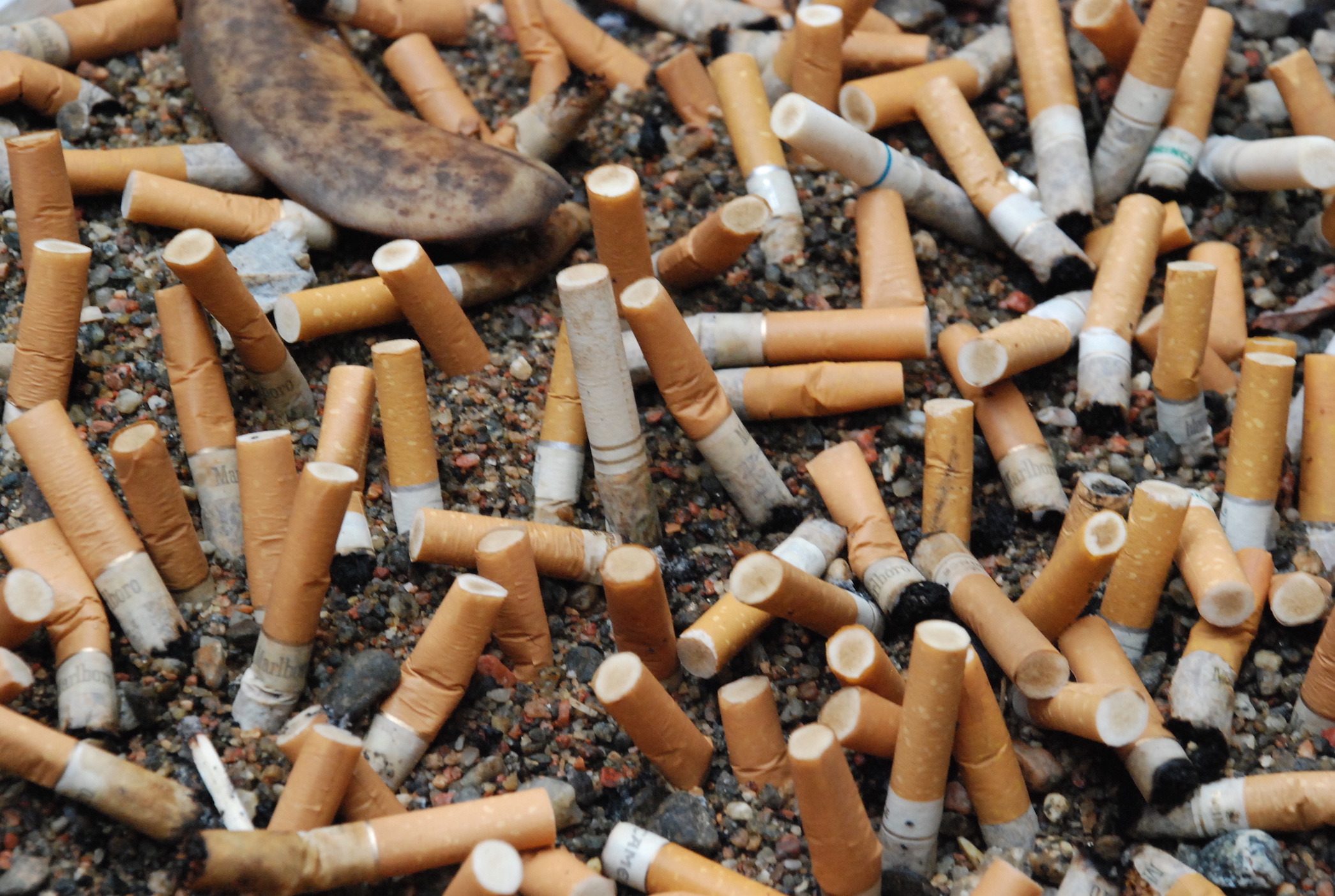 According to WHO, tobacco kills seven million people each year. Its cultivation, processing, production and disposal also harms the ecology immensely. Tobacco smoke emissions spew thousands of tonnes of human carcinogens, toxic substances and greenhouse gases into the environment. Cigarette butts and other tobacco waste make up the largest number of individual pieces of litter in the world

Tobacco cultivation and the curing process contributes towards deforestation, soil depletion, loss of soil nutrients and pollution due to the heavy use of agrochemicals. Tobacco manufacturing produces chemical wastes including nicotine. The tobacco industry is a heavy polluter and is enlisted under the ‘red category’ (industries identified by environment ministry as heavily polluting). The irony is that the bidi industry is permitted to continue as a cottage industry (home-based unit), while continuing to expose workers and their families to serious health hazards. Many tobacco manufacturing units operate within residential areas, polluting the surrounding waters and soil.

India has been the forerunner in the ratification of the Framework Convention on Tobacco Control (FCTC) and is obligated to phase out tobacco cultivation. Article 17 of the FCTC aims to promote, as appropriate, economically viable alternatives for tobacco growers. Article 18 aims to mitigate the health and environmental harms related to tobacco production.

Considering the effect of tobacco on the environment, forests and people’s health at large, the World Bank in 1991 announced that it would no longer lend, invest or extend loans for tobacco production, processing or marketing.

Like all plantation crops, tobacco requires clearing of fertile land. Since it is a remunerative cash crop, it lures farmers to clear more forests to reap more profits. This means that farmers may forsake planting subsistence crops, often risking far too much to earn money. As per the Central Tobacco Research Institute (CTRI), the area under cultivation for Flue-Cured Virginia (FCV) tobacco is 2,00,000 ha. As a thumb rule, one hectare of forest wood is required to cure half hectare of tobacco crop. At this rate, 4,00,000 ha (almost the size of New Delhi) of forest is being depleted every year for tobacco curing.

Curing tobacco leaves requires large amounts of fuel wood, which is not needed for other commercial cash crops. When the demand for fuel is met with wood, this provokes deforestation, and when it is met with straw and crop residues, it provokes the loss of soil organic matter and causes long-term soil degradation. The demand for high levels of soil fertility to support the tobacco crop also stimulates land clearing, which leads to more deforestation. The plant itself is very demanding, absorbing six times as much potassium from the soil than most crops do.

Curing of tobacco annually requires massive amounts of firewood. Acording to CTRI, the production of FCV tobacco is about 3000 lakh kg. As per a highly conservative estimate, eight kg of wood is required for curing of every kg of tobacco. It is estimated that 24,000 lakh kg of wood is burnt every year for curing tobacco. Additionally, a cigarette manufacturing machine uses four miles of paper per hour to roll and pack cigarettes. Therefore, it is estimated that one tree is hacked for every 300 cigarettes. Brazil, the third largest producer and number one exporter of tobacco in the world, needs 60 million trees per year for the same.

Curing of tobacco leads to emission of carbon dioxide and causes air pollution. In 2010, India, which produced 10,000 million cigarettes, is estimated to have emitted nearly 6750 tons of carbon dioxide to produce cigarettes (limited lifecycle, no historical emission and mitigation ability is considered).

Cigarette and bidi butts are concentrated toxic waste dumps and cause toxic waste problems. These discarded butts are non-biodegradable. Cigarette filters are made of cellulose acetate, which is a form of plastic, resistant to biodegradation and that can persist in the environment for generations. These butts consist of un-smoked remnant tobacco, the filter of cigarettes and paper wrap. When discarded carelessly, it leaches out toxic chemicals in the environment, thus contaminating it with heavy metals and over 4,000 poisonous chemicals like nitrosamines, polycyclic aromatic hydrocarbons, nicotine and many more. Carried as runoff from streets to drains to rivers and ultimately, to the ocean and its beaches; these butts leach heavy chemicals in the environment. It also affects marine and aquatic species. Cigarette and bidi butts thrown carelessly after use are a common cause of forest and residential fires and a threat to life, property and forest lands.

In the interest of the health of the citizens and our environment, the government should expedite the process of switch-over from tobacco cultivation, processing and manufacturing to healthier alternatives.