How Tadpole Consumption is Driving the Endangered Purple Frog to Extinction

Government and non-government organisations have to come together in sensitising tribal people about the importance of amphibian conservation. 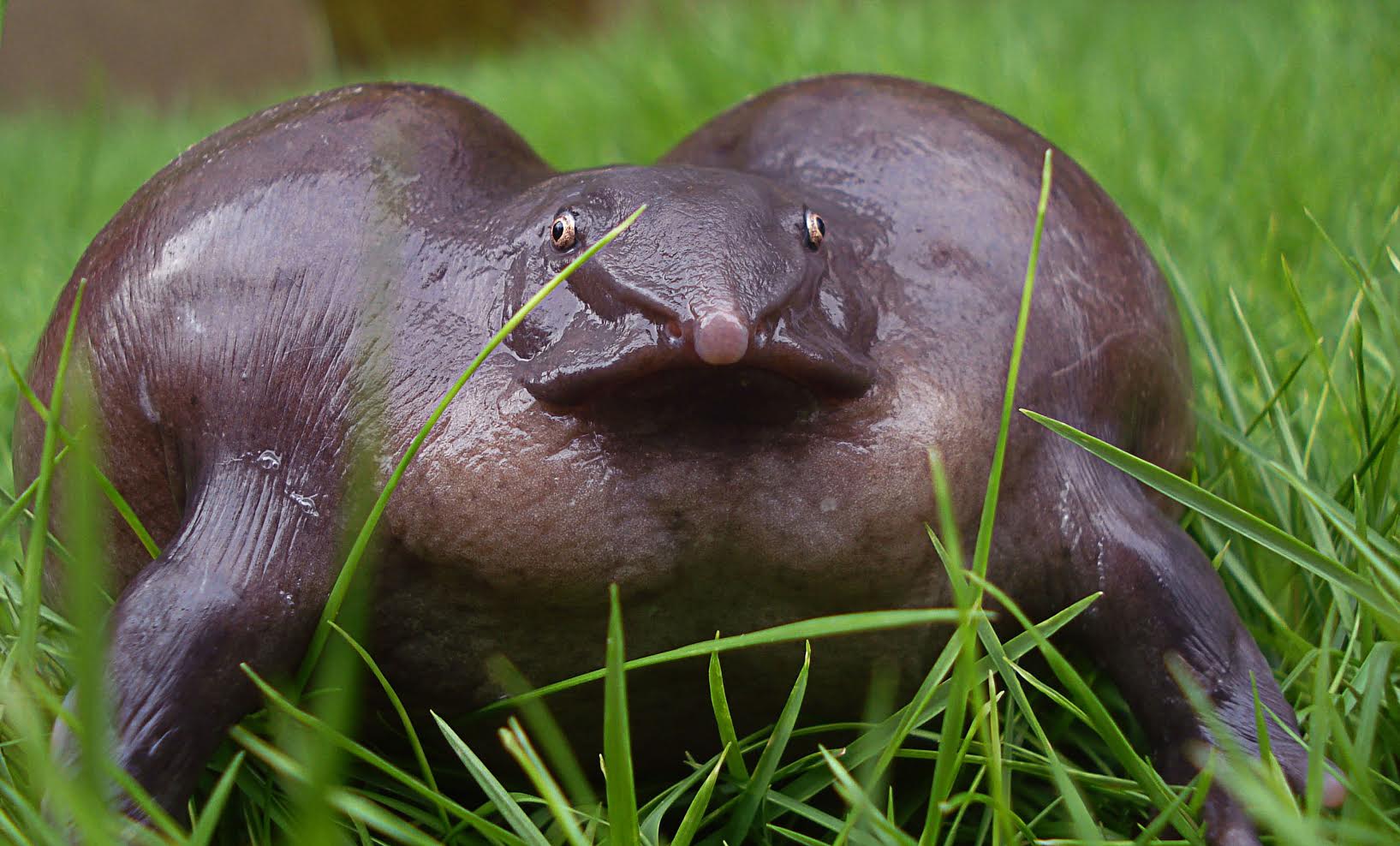 A purple frog female. Males are smaller, about one-third the size of females. Credit: S.D. Biju

For indigenous communities living in and around the forests of Kerala, tadpoles of a rather puffy, purplish frog are a cherished delicacy. The practise of consuming tadpoles has been around for decades but researchers worry that harvesting them any more will soon push the endangered frog to the verge of extinction.

Found only in the Western Ghats, the Indian purple frog, Nasikabatrachus sahyadrensis, is a rather weird-looking creature known for its rather strange behaviour. It spends much of its time below ground, save the few days when it comes out to mate, after which it disappears into its burrow again. This elusive frog has tiny eyes, short limbs, a pointed nose and a large body – all adapted to a life underground.

Discovered in 2003, the purple frog was soon classified as endangered in the International Union for Conservation of Nature’s Red List due to its already declining habitat and a geographical range of less than 5,000 square km. We still don’t know a lot about the frog’s life, since much of the action happens underground, or about its dwindling numbers.

Now, a five-year survey (2008–2012) by the scientist who discovered the species has revealed that a single tribal household of four consumes an average of about 1,500 tadpoles in one monsoon season (July to September). There are 100 to 150 households in the area where the survey was conducted.

Each year during the monsoon, tadpole counts were taken in three streams where they are known to be harvested by tribes living near Kulamaav dam in Kerala’s Idukki district, about 10 km from the site where the purple frog was discovered.

Over the course of the survey, tadpole numbers plummeted by a whopping 59%: from 12,150 in 2008 to 4,900 in 2012. At this rate of decline, compounded by other factors affecting amphibian survival – like habitat destruction, climate change and fungal infections – this odd creature stands little chance. Its local disappearance in the areas it is over harvested will eventually lead the rare frog to extinction.

“I am worried about my frog. The pattern is very alarming and it’s possible that it will go extinct in my lifetime, before my death,” says amphibians researcher S.D. Biju, a professor in the Department of Environmental Studies at the University of Delhi.

Each year, when the pre-monsoon showers hit the forest floor during April and May, male frogs serenade from underneath the soil to lure a female into an elaborate mating ritual.

Females exit their burrows and home in on a calling male. A male then exits his burrow and crawls onto a female’s back. The female, which is much larger, then carries the male to a breeding site, usually a shaded rocky pool next to a stream fed by rain. She lays her eggs in large clumps, sometimes up to a thousand.

Tadpoles that hatch from the eggs join the inundated stream. They cling to vertical rocks and cliffs covered in a thin film of water using their suckling mouthparts.

“They are extremely strange. They attach to rocks very firmly and are difficult to pluck,” says Biju.

But no matter how hard they cling, tribals have devised a way to catch these tadpoles. By creating an artificial barrier of rocks and vegetation upstream, they block a part of the stream to reduce water flow and render the tadpoles visible. Then, using a broom, they detach the tadpoles from rocks and collect them in baskets downstream. Though the adult frog itself wasn’t officially described until 2003, Biju’s interviews with tribals suggest that they have known about the tadpoles and harvested them for food since they settled in the area 30 to 40 years ago.

Biju explains that harvesting wouldn’t have mattered back then, when the frogs would have bred in large numbers, but the species is now facing other grave dangers. “Most of its habitats are in and around hydroelectric projects,” he points out. And as if that wasn’t bad enough, the species’ sex ratio is highly skewed towards males.

“Usually in frogs males are more in number compared to females. In the case of Nasikabatrachus, females are extremely rare. During the breeding season, the local community consumes both adults and tadpoles. They specially search for [gravid] females because of the large amount of eggs [they carry],” according to Biju. Females are also much larger than the males.

Though a female lays a large number of eggs at a time, only a small percentage survive. “They have other enemies; there are always predators like insects, snakes and fish.”

“We are now much more dangerous than natural predators. That is the problem.”

Though tadpoles are a monsoon delicacy, adult frogs are eaten for their alleged medicinal properties like in curing tuberculosis, or for aphrodisiac qualities. “They eagerly wait for the frogs; the moment frogs start calling from under the ground they go and grab them; they are not even allowing the animal to breed,” Biju says.

Unless urgent conservation measures are taken, the frog’s fate is sealed. Biju says that government and non-government organisations have to come together in sensitising tribal people about the importance of amphibian conservation.

Wildlife biologist Jodi Rowley from the Australian Museum Research Institute, who was not involved in the study, told The Wire that harvesting frogs for food or traditional medicine is a big issue for conservation of many amphibian species, especially in Asia. “There’s not much actual information on the effect of harvesting on frog populations, though, and even less on harvesting tadpoles, which makes this [study] very important.”

The study was published in the October issue of Salamandra journal.