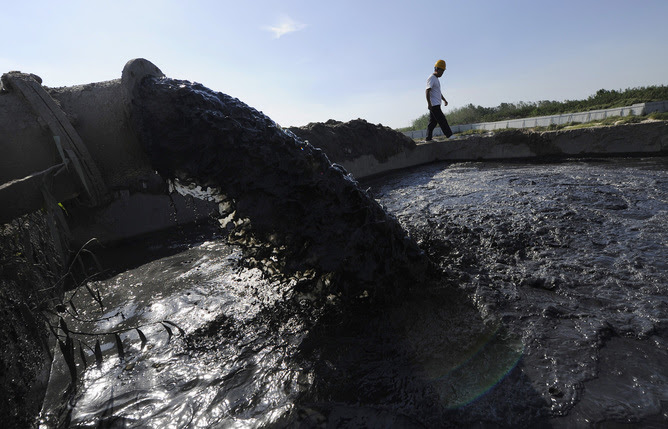 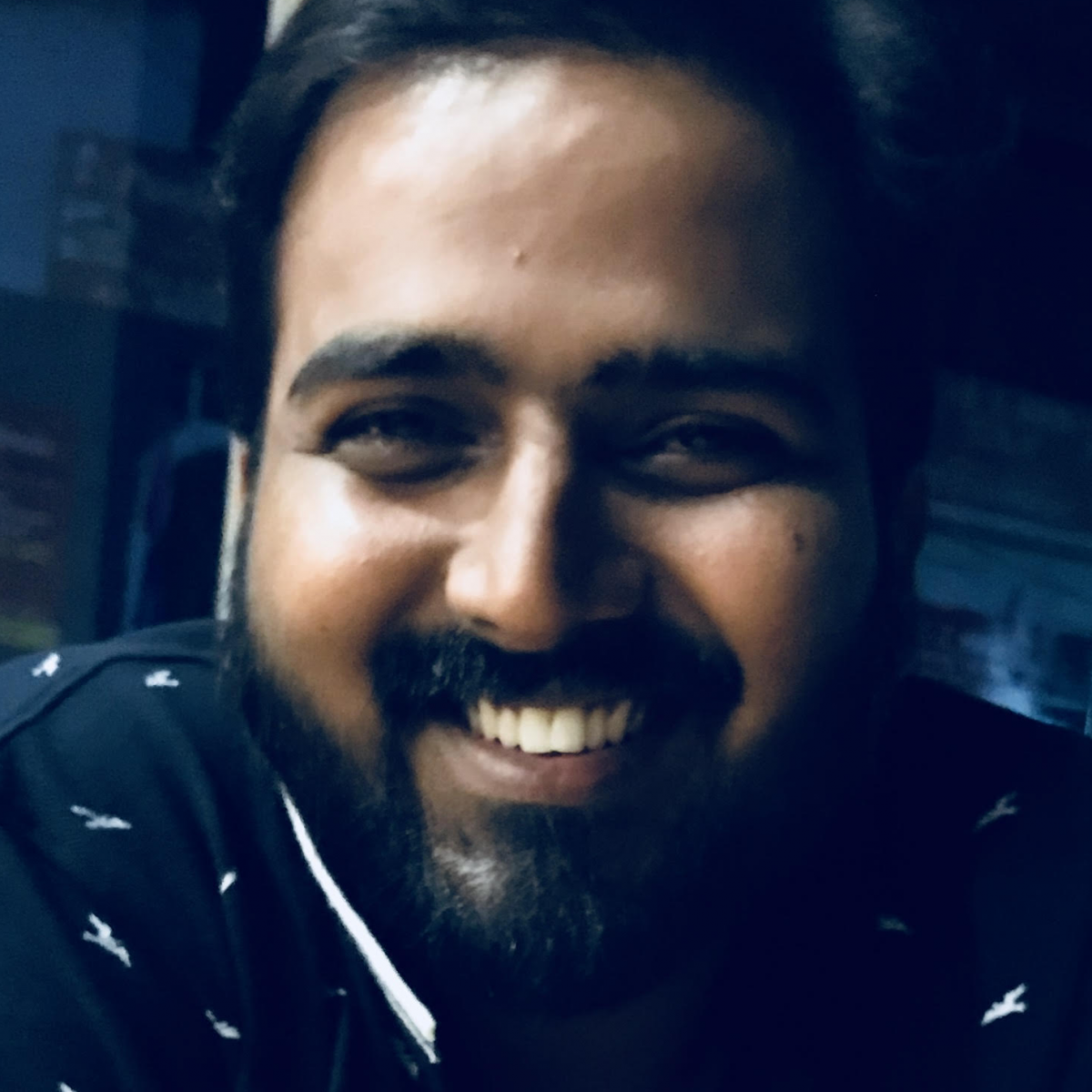 Hyderabad: On October 11, 2017, Telangana police arrested Kodanda Reddy from his house in Yacharam and released him near the outskirts of Hyderabad city. The arrests continued that day; it was the turn of the sarpanch and upa sarpanch of Medipally village next, who had allegedly obstructed the proceedings of a planned public hearing.

“The venue was filled with crowds of people, but not a familiar face to hold on to,” said Saraswathi. She is a farmer who has helped lead villagers’ opposition to the development of Pharma City – a massive project at Mucherla in Ranga Reddy District, intended to grow into one of the largest pharma clusters in the world.

The project is expected to bring more than one lakh direct jobs to the region, and many more indirect ones. The proposed plan includes shifting pharmaceutical industries located in Hyderabad to the new project area at Mucherla. Out of the total 19,333 acres that Pharma City is expected to cover, 7,414 acres have already been acquired, according to the Environmental Clearance obtained from the Centre.

On the day last October when Kodanda Reddy was arrested, an environmental public hearing (EPH) was being held at the site area of the proposed location of Pharma City. In the presence of Raghunandan Rao, the collector of Ranga Reddy District, a crowd of 1,500 gathered – though only 32 were allowed to share their views. Most of those 32 were locally elected representatives, including MLAs.

According to an activist present, the EPH was held for about five hours. By way of comparison, the EPH for the extension of coal-handling at Goa’s Mormugao Port Trust lasted eight days, of which five days were an extension to the planned three-day hearing.

Kodanda Reddy, who’s leading the protests against Pharma City, is concerned about the undemocratic tools used by the government. “We were fed lies – they acquired land promising us a college and a railway station,” he said.

They tried every legal mechanism to register their protest. Retired scientist Dr Babu Rao along with Saraswathi filed a PIL in the High Court. “Three gram sabhas opposed the plan completely”, said Reddy. A series of representations were given to the respective ministry, but to no avail. “Even the Environmental Assessment Committee (EAC), which surveys the site area, never cared to listen to our plight,” he said.

In 2013, India got long overdue respite from the colonial-era Land Acquisition Act of 1894. Previously, ‘eminent domain’ laws allowed governments to acquire land almost at whim under the pretext of ‘public purpose’.

However, the Right to Fair Compensation and Transparency in Land Acquisition, Rehabilitation and Resettlement Act, 2013, led to the inclusion of Social Impact Assessment (SIA), compensation, rehabilitation and resettlement; and proscribed the state from acquiring multi-crop irrigated areas, among others.

Going against the spirit of this central law, states started amending the law to their own expedient – a move evidently backed by Arun Jaitley who encouraged individual states to amend their land acquisition laws.

One such amendment was passed by the Telangana Assembly in 2017 and got assent from the president, who is advised by the Centre. The prominent changes include: exemption of certain projects from mandatory SIA, compensation in lump-sum amount without rehabilitation and resettlement, turning the state into a private entity by giving it the power to enter into individual agreements with willing landowners to acquire land, etc.

Public consultation is a crucial part of the environmental clearance process laid down by the 2006 notification of  the Ministry of Environment and Forests. The public hearing has to be conducted by respective state Pollution Control Boards (TSPCB in this case). Prior to the public hearing, documents pertaining to the project have to be kept in the public domain in English and the local language for scrutiny by civil society organisations and stakeholders.

Telangana State Industrial Infrastructure Corporation is the nodal agency for the implementation of proposed pharma Project. A Singapore based consulting firm, ‘Surbana Jurong’, clinched the rights to prepare the master plan of the project. The company claims that the project is of 14,000 acres in size, whereas the actual size being portrayed by the government is 19,333 acres. Despite several discrepancies like this, Hyderabad Pharma City (HPC) has been given the National Investment and Manufacturing Zone (NIMZ) status by the Centre.

Despite several alterations to the original terms of reference, environmental impact assessment was done only once, “this goes against the rules laid down by the ministry,” says Narasimha Reddy, an environmental activist and policy consultant. He was one of the dissenters at the public hearing, “It was a namesake hearing, the stakeholders were not allowed to participate,” he said.

Reddy pointed at the violations abound in the process, “There is no complete master plan of the project in the public domain yet”. He alleged that Zero Liquid Discharge (ZLD) and Common Effluent Treatment Plants (CETP) have failed to limit pollution, “The plight of Patancheru and Jeedimelta still reverberates.”The regulators have failed to act on complaints about the open violation of laws concerning industrial discharge, “water and air pollution engulfed the everydayness of our lives,” he said.

The draft Environment Impact Assessment (EIA) report for the project was released post-land acquisition; this itself is in violation of the law laid down by the Supreme Court in 2006. The report doesn’t even give the specifics of the total number of units planned, kind of products manufactured and the identity and quantity of the pollutants produced. The report is expected to be a tool for the public to become aware of the project and take an informed decision before going to the public hearing.

“The draft EIA consists of misleading information, for example, the sighting of the white-rumped vulture (a critically endangered species) is a significant one, the draft EIA reports states the sighting as ‘very common’ and places it under schedule IV of the Wildlife (Protection) Act 1972, whereas it comes under Schedule I,” said Dr Pranay Juvvadi, an independent researcher and conservationist from Hyderabad.

Owing to his interest in birding, he’s been a frequent visitor to the proposed site for 10 years. “Pharma City is planned encircling a reserve forest which is a source for several small streams, rivers and also functions as catchment area. If the proposed project is actualised, imagine the broader ecological impacts,” he said.

“There is zero scientific proof to the claims made by the government regarding ZLD and CETP,” said Dr Babu Rao, retired chief scientist at CSIR-IICT. He says there was not even a single study conducted to check the efficacy of these mechanisms in the country. On top of that, the EIA consists of very basic information, “they even plagiarised content from previous reports,” he said. Democratic norms were flouted at convenience, “citizen empowerment and sustainable growth took a backseat,” he said.

“The sarpanch and upa sarpanch were arrested because they were disrupting the EPH, there were no non-locals present at the venue, there were stakeholders from all over. The EPH has been conducted according to the guidelines available to us. The expert committee has gone through the proceedings of the EPH and approved of it,” said M. Raghunandan Rao, collector of Ranga Reddy district at the time of the EPH.

Vice-chairman and managing director of TSIIC, V. Narsimha Reddy did not respond requests made to contact him.

The fight for a cleaner and safer environment endures in the streets of Medipally village. Empowered they are, but the state’s response to their plight is still a distant dream.