If the world manages to keep warming by the century's end below 1.5º C – an extremely ambitious target – over a third of the ice volume in Asia's high mountains will still be lost.

The Machapuchare peak in the Annapurna Himalaya in Nepal. Credit: gorkhe1980/pixabay 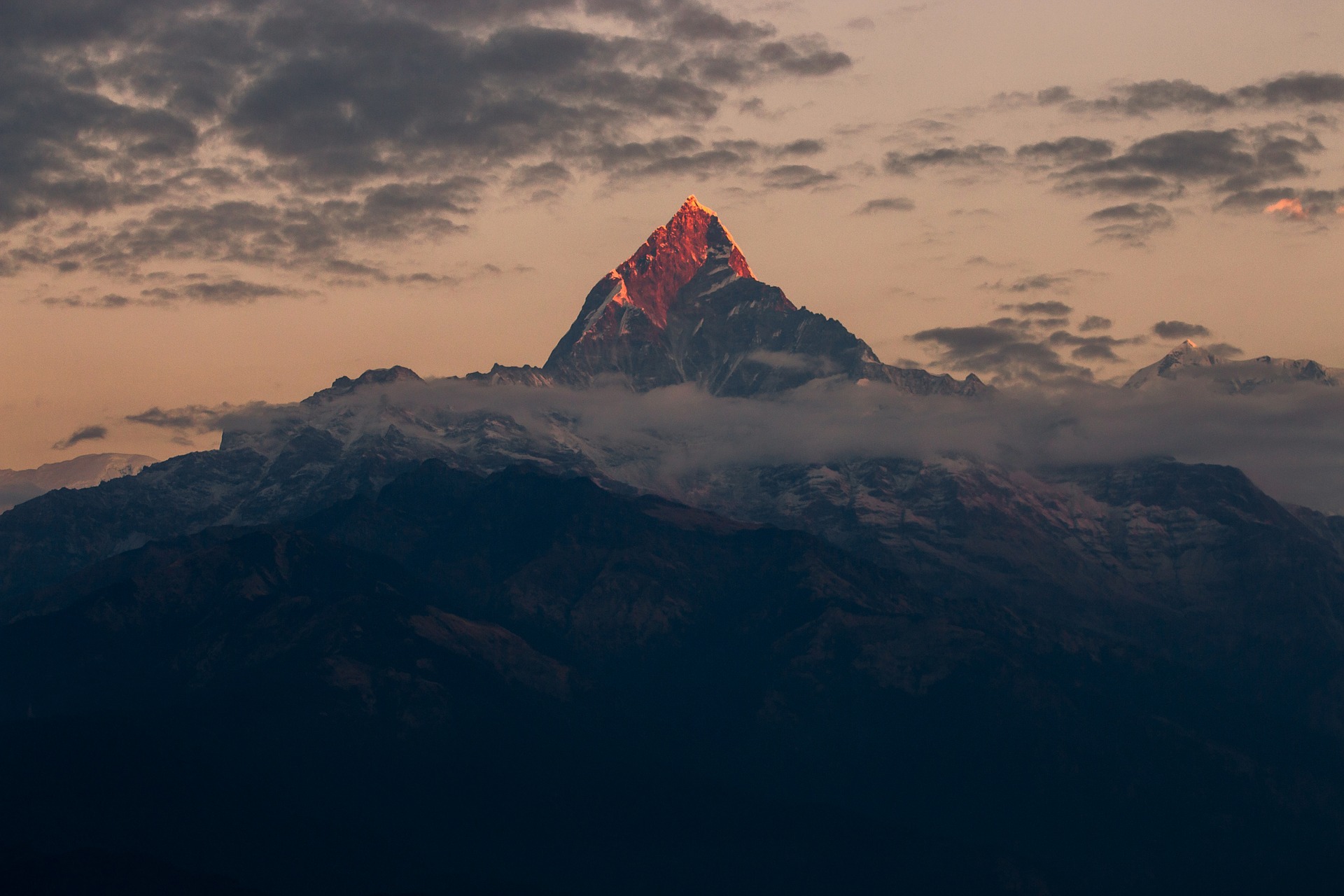 The 7-km high Machapuchare peak in the Annapurna Himalaya in Nepal. Credit: gorkhe1980/pixabay

Glaciers in the high mountains of Asia, including the Himalaya, are in danger of melting due to global warming. Climate scientists have already established this much. But exactly how much area of ice is likely to be lost has not yet been quantified – until now. New research estimates that 28-43% of the glacier mass will be lost by the end of the century, with conservative projections of limiting global warming to 1.5º C over pre-industrial levels.

A team of scientists from Utrecht University and a research organisation named FutureWater, both in the Netherlands, and the International Centre for Integrated Mountain Development (ICIMOD), Nepal, have reported that a global temperature rise of 1.5º C over pre-industrial levels will lead to a warming of about 2º C in the high mountains of Asia (HMA).

Their estimates are based on detailed computer modelling, and factored in one of the four possible climate futures described by the  UN Intergovernmental Panel on Climate Change (IPCC). The scenarios – RCP2.6, RCP4.5, RCP6 and RCP8 – are based on how much greenhouse gases are likely to be emitted in the future and how the gases move around in time. (RCP stands for representative concentration pathway.)

Their report, published in the journal Nature, says that “the 1.5° C goal is extremely ambitious and is projected by only a small number of climate models of the conservative IPCC’s RCP2.6 ensemble.”

Also read: “It may be the size of the Asian rivers, large because they drain the Himalayas, that makes the pollution so prominent.”

Projections for the other three RCPs also reveal “that much of the glacier ice is likely to disappear”, with projected mass losses ranging from 42% to 69% depending on the pathway. “These projections have potentially serious consequences for regional water management and mountain communities,” the report cautions.

“Glaciers in the high mountains of Asia (HMA) make a substantial contribution to the water supply of millions of people, and they are retreating and losing mass as a result of anthropogenic climate change at similar rates to those seen elsewhere,” it adds.

The fundamental form of the problem is this: The glacierised areas of the HMA are consistently warming at much higher rates than the global average, and the difference between global and HMA temperature rises is climbing. That is, the HMA are warming faster the more the world warms.

The scientists made projections for the future using a model they calibrated for past conditions using satellite-based observations of glacier mass balance (the difference between accumulation and melting of glacier ice). Then, they validated their findings with independent datasets on glacier retreat rates and the few field observations. They also analysed uncertainty in climate models and in the model’s parameters.

Apart from revealing that the HMA are warming faster, “we show that even if the world meets this extremely ambitious target, then 36% of the ice volume will be lost by 2100,” Walter Immerzeel, lead author and associate professor at the department of physical geography at Utrecht University, explained to The Wire.

“However, more realistic scenarios show an ice loss between 49% and 64%. Finally we show that there is great variation in the region in glacier response to climate change, which is caused by differences in glacier characteristics and projected local climate change.”

Immerzeel says that understanding how glaciers ‘evolve’ in a world warmer by 1.5º C is important – “but for the millions depending on the water from Asia’s mountains, other parts of the water cycle are also of great importance, such as changes in snowmelt and monsoon dynamics.”

He added that he and his team will next “focus on these parts of the water cycle, and in particular focus on understanding extreme events. The recent events have shown how much damage can be caused by this and how important it is to understand the drivers of those extremes.”

Immerzeel’s team also factored in the impact of debris deposited by mountain erosion on glacier melt. The HMA have 95,537 glaciers with a total glacier area of 97,605 sq. km. Many of its parts, especially in the low-lying glacier tongues, are covered by a thick layer of debris left behind by erosion. This influences the glaciers’ climate sensitivity. A thin layer of debris accelerates melt, whereas a debris layer thicker than a few centimetres suppresses melt because it insulates the underlying ice.

Also read: The Indus and Ganges-Brahmaputra basins are drying up faster than we’d like

“Our results show that about 11% of the glacier area in HMA is covered with debris, with the largest relative debris-cover in the Hindu Kush (19% of the regional glacier area),” the report says.

The latest findings are in the same vein of previous ones by researchers from the Indian Institute of Science (IISc), Bengaluru, reported in 2014. The scientists studied the impact of future climate change on the glaciers in the Karakoram and Himalaya (KH). And they estimated the glacial mass balance: the entire KH region is losing mass, between 5.6 and 7.6 billion tonnes each year, climbing to about 33-37 giga tonnes per year by the 2080s, under a scenario of high emissions of global warming gases. However, even a low-emission scenario will not be easy to deal with: the glacial mass loss goes up to 10-14 giga tonnes each year by the 2080s.

They also found that 10% to 27% of the glaciers could face ‘eventual disappearance’ by the end of the century under RCP2.6 and RCP8.5 respectively, underscoring the threat to water resources under high-emission scenarios.

Anil Kulkarni, a distinguished visiting scientist at the Divecha Centre for Climate Change at IISc, explained that after 2014, scientists have found methods to estimate change in glacier ice-area based on glacier mass loss. “The new findings show how much area will be lost,” – and that they concur with previous reports on estimates on glacier mass balance.