Despite Prime Minister Narendra Modi being the head of the National Disaster Management Authority, not much has changed in terms of how prepared the country is for annual flooding. 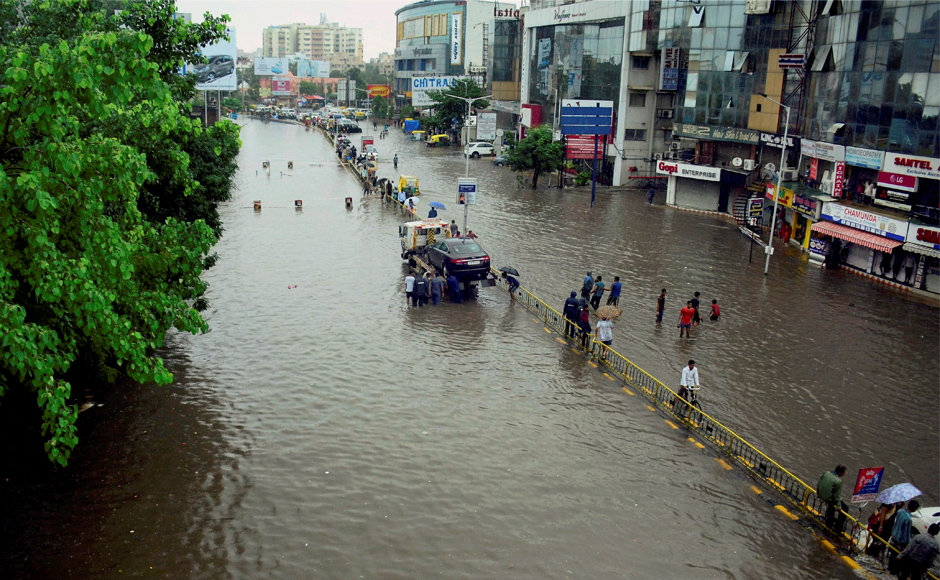 New Delhi: With floods claiming hundreds of lives across India this year, with maximum damage being reported from the two BJP ruled states of Assam and Gujarat, the disaster mitigation and response mechanism of the Narendra Modi government has once again come into question.

The prime minister, who heads the National Disaster Management Authority, had last year released India’s first ever National Disaster Management Plan (NDMP) that sought to make the country more disaster resilient and reduce the loss of lives. But three year into the government, Modi’s recent visit to the Northeast in the wake of massive loss of lives and property due to floods has indicated that the plans have failed to deliver when it mattered most.

Though the NDMP covers all aspects of disaster management, right from prevention, mitigation and response to recovery, and provides for coordination at all levels by spelling out the roles and responsibilities of everyone from the panchayat level to the Centre, experts insist that lack of coordination and inadequate training at the ground level remain the biggest challenges in mitigating losses. The suggested emphasis on information, education and communication activities is also yet to be adequately acted upon.

It is for this reason that the prime minister felt the need to form a seven-member team to do an on-ground assessment of the situation in Assam. Had the NDMP been implemented properly, such a need would not have arisen, experts say.

During his visit to the state, Modi announced a relief package which was in keeping with the decades-long practice of premiers paying visits to flood-affected states and announcing relief measures after damage has been done. The only marked departure lay in his announcing a Rs 100 crore corpus for studying the Brahmaputra for suggesting remedies to tackle floods.

The issue of the floods claiming several hundred lives and displacing lakhs was also raised by leader of opposition in the Rajya Sabha, Ghulam Nabi Azad, recently when he had accused the Modi government of “sleeping over” the human tragedy. Azad had insisted that over a crore people had been impacted, over 1,40,000 displaced and hundreds had been killed. The response of the government was found to be abysmal, he said.

The Modi government will have to shoulder the burden for the way in which the disaster response mechanism has failed the people. It was way back in 2005, soon after a devastating tsunami had struck the eastern coasts of India, that the Centre had mooted setting up a national disaster management authority. Subsequently, the NDMA was constituted to “spearhead and implement a holistic and integrated approach to Disaster Management in India”.

Performance of the NDMA, headed directly by the prime minister, eaves much to be desired. Its website does not have any information on the current floods apart from an ‘alert’ ticker giving out weather-related updates. There is no mention of the current floods under the head of “natural disasters” and “floods” in the “media and public awareness” section.

According to experts, the NDMA is also suffering because of an ongoing tussle between some members and senior office-bearers. “There is no internal synergy in the organisation and it just conducts meetings to show that it is indeed working,” said a former consultant.

The Delhi high court had in July pulled up the Centre for not filling up the vacant posts in both the NDMA and National Institute of Disaster Management (NIDM). It had said, “if the posts are unnecessary, delete them”. Former NDMA vice-chairman M. Shashidhar Reddy and five of other members had to resign after the Modi government asked them to quit their posts soon after assuming office in 2014.

The situation at the NIDM, which is supposed to provide training and comes under the Ministry of Home Affairs, is hardly any better. Its website is no better when it comes to the dissemination of information and the last updates on “recent activities” date back to April and pertain to some events conducted by the institute.

All of this is reflective of the fact that not only has the approach towards disaster mitigation and management not changed in the last 12 years, it has also not improved in the Modi era.

The impact has been borne by people in the prime minister’s own state of Gujarat as well, where over 200 deaths have been reported. 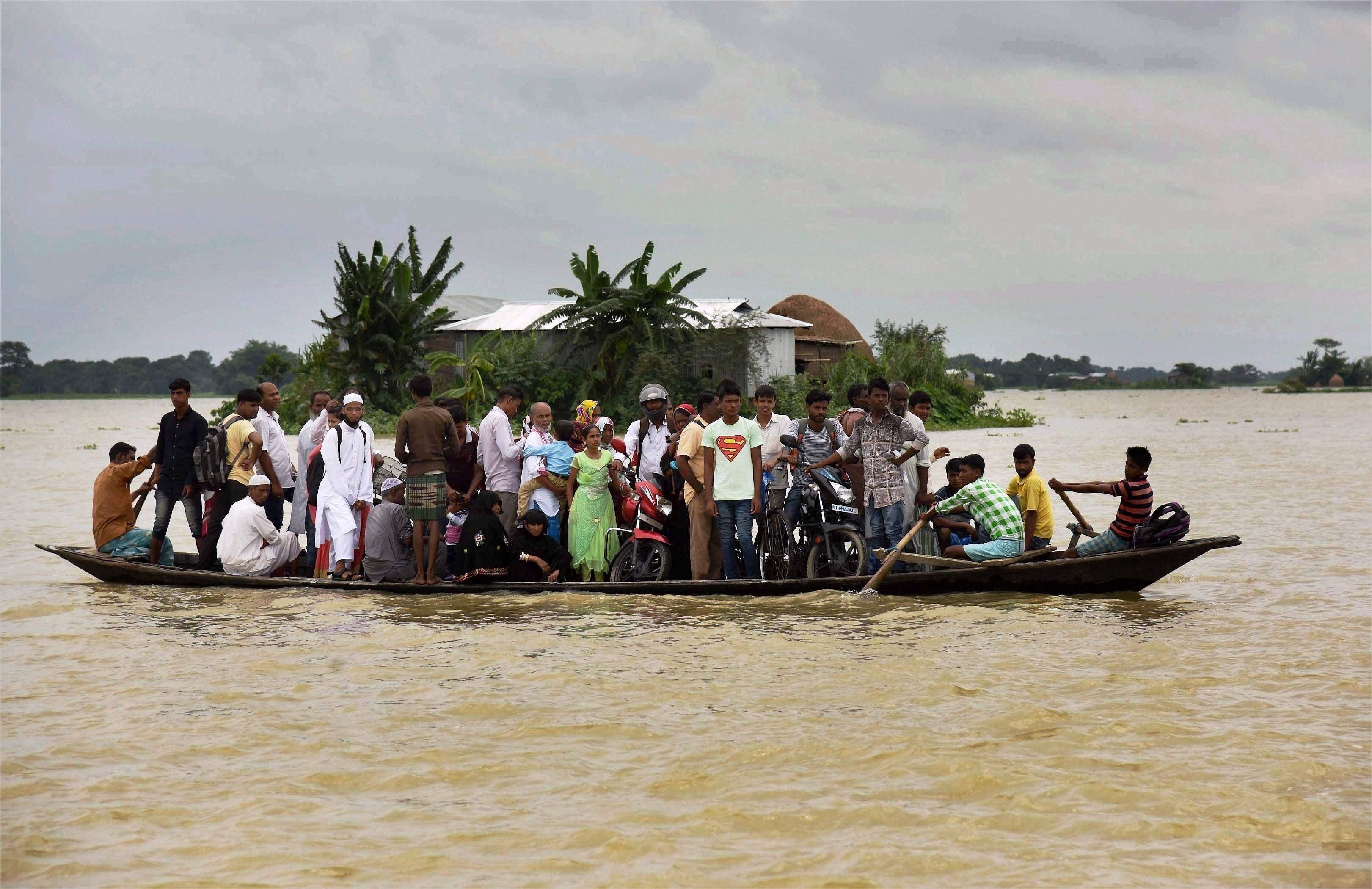 Why such high casualty numbers?

The question that arises is why, when India uses state-of-the-art satellites and local stations for weather forecasting, and when there is the pre-deployment of teams along hazard zones identified through mapping and marking, are the casualty numbers so alarmingly high.

According to a disaster management expert who preferred not to be named, the crux of the problem is the lack of coordination between the Centre and state governments, especially when the government in the state does not belong to the party ruling at the Centre. The Supreme Court had in May also flagged this issue. However, as the cases of Assam and Gujarat indicate, the frictions of the past often leave their mark in the future as well, as systems are not put in place to tackle exigencies.

The expert said there is also a large gap between theoretical knowledge which is shared in conferences and the trainings at the ground level. “It is an ad hoc arrangement. Lakhs are spent on seminars and workshops every year and all parties concerned insist that there has been a ‘paradigm shift’ from a relief-centric to a mitigation-centric or preparedness-centric approach. But in reality this is not the case and we continue to be in the relief-centric mode.”

At the grassroots or panchayat and block level, things have not changed, the expert said. “People are not aware about what to do or not to do. Capacity has not been built due to the lack of trainers. And why are the quality trainers not there? That is so because they are not appointed properly, not paid proper honorariums and in most cases their appointments are also ad hoc.”

In the NIDM, the expert said, no faculty has been appointed for the last ten years. In the case before the Delhi high court, the petitioner, advocate Gaurav Kumar Bansal, had pointed out that due to vacancies, the NIDM not being able to conduct various trainings.

Deployment of teams not proper

In the event of floods, the expert said, a lot of lives are lost as timely aid is not able to reach them on time. This happens because while the inundation mapping and the hazard zonation mapping is done, there is no one to understand and use them on the ground. “In a flood-prone area, how are people on the ground to run the programme to minimise casualties when they are not even trained for it? For this they have to be up to date in relief management, resource management, mitigation planning and preparedness planning, but they do not even possess the basic skill to understand these,” he said.

Stating that there is no one to teach these grassroots-level officers, the expert said while there is a dearth of professional trainers, the senior police and state administration officers who are trained in these subjects do not transfer technology or disseminate information to the lower-level officials. “They do not impart their skills to others. So training is a mere lip-service at the grassroots level,” the expert said.

What has compounded problems is the increasingly erratic nature of weather and consequently flooding. The expert said that in the past few years, the nature of floods is changing. “Places which did not witness floods last year are witnessing massive flooding this time and many places prone to flooding have not witnessed floods of the scale they are used to. So while flood zoning does happen, we are unable to respond adequately,” he said.

The threat of urban flooding is also increasing due to the changing rainfall pattern. Two recent examples of such floods have been those in Mumbai in 2006 and Chennai in 2015.

Incidentally, following these floods workshops were conducted and an expert group was constituted by the NDMA to tackle the problem on an immediate basis (by 2020), medium term (2025) and long-term basis (by 2030). A ten-point strategy was also devised for the immediate term and the plan was sent to the states for their inputs.

Not using technology on forecasting correctly

The expert said forecasting and early warning signs are dependent on the Indian Meteorological Department. “Once the IMD issues a forecast, the Centre reacts and sounds out the state governments. But by the time they respond, it is generally too late. The time lag is huge,” he said.

Also, the warnings are dependent on the IMD alone and data from other weather forecasting agencies is not considered.

The expert said the weather forecasters are at the moment modifying global weather or precipitation models to arrive at outcomes to provide local weather forecasts. In this conversion or customisation of data, the error in accuracy creeps in. But with latest satellite-based inputs which are available to us in India, we can easily make the short-term forecasting over 95% accurate, he said.

The IMD now has Doppler Radars that gather information on total rainfall, direction and speed of rain, and storms. The use of their data along with satellite imagery can really make a difference in weather forecasting for disaster preparedness. The National Remote Sensing Centre (NRSC) under the Indian Space Research Organisation has already prepared a flood atlas for several states like Assam, Bihar, West Bengal, Orissa and Uttar Pradesh, and using inundation maps these provide details of areas that are prone to being submerged when river waters rise.

But, as the expert said, we have not been able to use the available advanced technology adequately. Early preparedness planning through these forecasting tools needs to be enhanced. 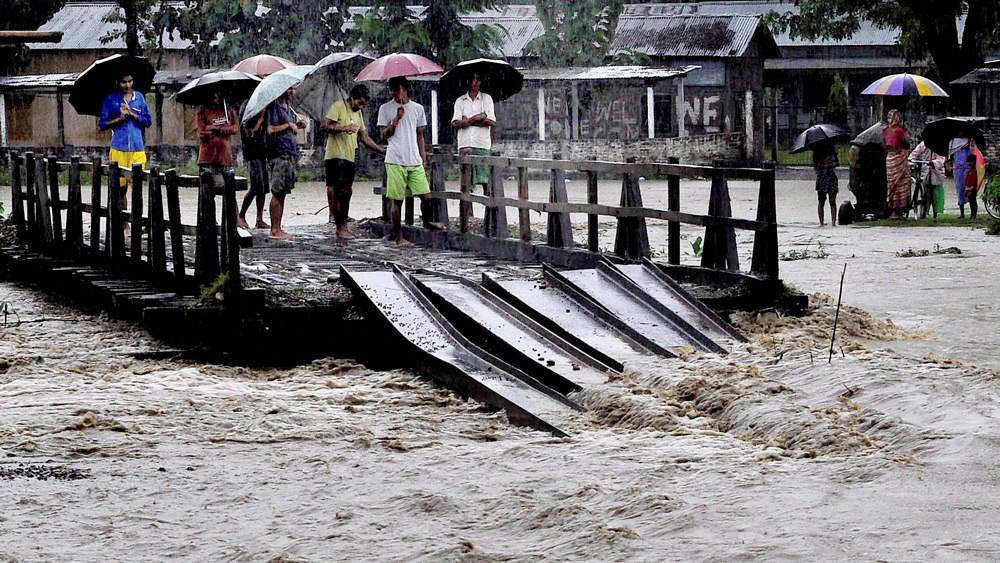 Have a separate ministry for disaster management

“But MoUD is not doing anything in urban flooding. They just issue the guidelines and their work ends there. Despite repeated reminders from the NDMA, it has done nothing. Even in their Urban Flooding Cell, they have not even appointed a nodal officer to look at the problem of urban flooding,” he said.

As for the the CWC, he said, its functioning is no better. “There has been no appraisal ever of its functioning. All that it does is say the flood level is so and so at such places. This goes on till around September and thereafter they shut down that information system. This is why a separate ministry is needed to oversee the entire operations.”

The expert said weather forecasting needs to be improved for providing early warnings to state administrations and rescue and relief agencies in times of natural disasters. “So we need good synergy between the private and government forecasting agencies. If the advanced warning system is strengthened, you will be able to reduce casualties even if the response capacity is limited. You will be able to warn people about weather conditions three or four days ahead with greater precision and they would be able to evacuate on time.”

There is also a need for periodical evaluation of capacity building. “We need to know if what is being taught is adequate, if it is actually required and if it is of the desired quality. Working on these aspects would provide instant results,” he said. And finally, a dedicated television channel for providing detailed information to affected residents in the event of an impending or ongoing disaster is needed, he concluded.