A decline in carbon stock means there is less biomass in the forest. This happens mainly due to deforestation of dense forests and shrinking of trees owing to drought. 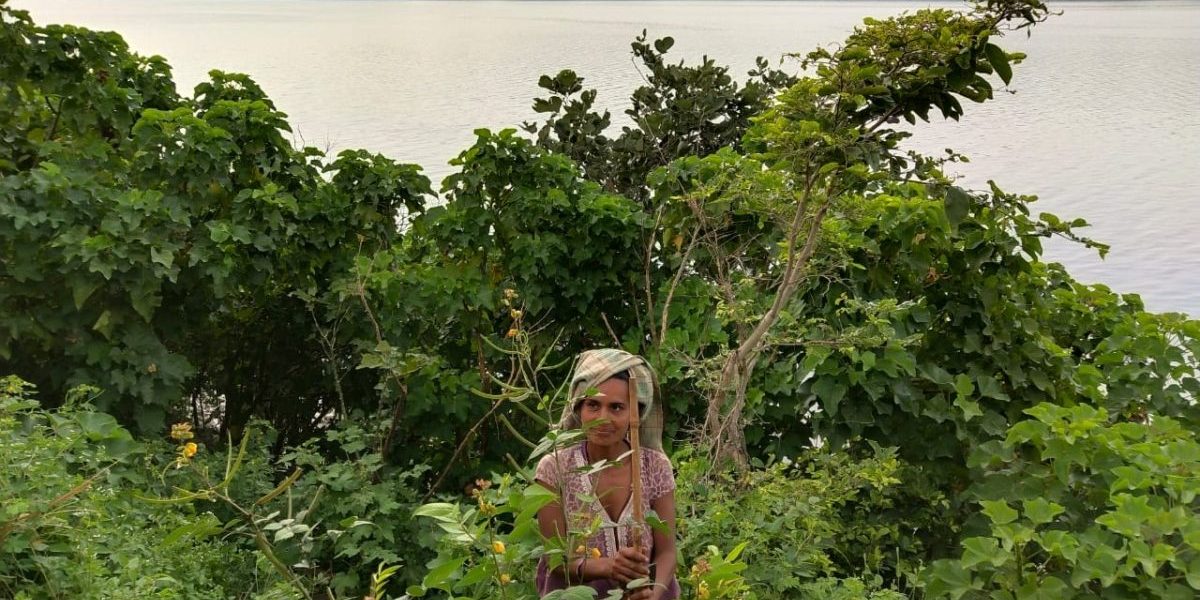 Destruction of dense forests is one of the main reasons behind the decline in carbon stock. Photo: Kanchan Srivastava/Mongabay India

In December 2019, the Indian government released its biennial state of forest report highlighting how the country’s forest and tree cover is rising. But a fact that got lost amidst the celebrations was that carbon stock of many states declined over the past two years although they reported a significant increase in their green cover.

A detailed analysis of the Indian State of Forest Report (ISFR) 2019 revealed that several states have reported an overall increase in green cover but their carbon stock has surprisingly dropped substantially over the past two years.

The biggest decline, when compared to the ISFR 2017 report, was registered in Karnataka (20%) followed by Madhya Pradesh which lost 15% carbon stock. Chhattisgarh, Maharashtra, Odisha, Kerala, Tamil Nadu, Telangana, Uttar Pradesh, and Gujarat noted a 10 to 14 percent less carbon stock in their forests compared to what they had in 2017.

Surprisingly, Arunachal Pradesh, which has the highest carbon stock in India ((1,051 million tonnes), reported a loss of 276 sq. km. forest cover even as its carbon stock rises.

There is no clear answer for such discrepancies except that the entire survey report is botched up, claimed Stalin D, Director of Mumbai-based environment group Vanshakti. He questioned the assessment method of the Forest Survey of India as well. “Forest cover measurement through satellite is a flawed approach. To show us the rosy picture, sugarcane fields and even grassland have been included in forests.”

The ISFR 2019 reveals that the forest cover in India’s northeast region is witnessing a decline and compared to the 2017 data the region noted a decrease of forest cover by 765 sq. km.

The carbon stock refers to the amount of carbon stored in forests in the form of biomass, soil, deadwood, and litter. More the carbon stock, higher would be the forest’s capacity to absorb and sequester carbon dioxide (CO2), the main greenhouse gas in the atmosphere, through photosynthesis. An increase in green cover and carbon stock both indicates a healthy trend and shows India’s better preparedness to deal with the green-house gas which is responsible for global warming.

While releasing the ISFR 2019 in December 2019, India’s environment minister Prakash Javadekar said, “India’s total forest and tree cover has gone up by 5,188 square kilometres as compared to the previous assessment of 2017. Forest carbon stock has also gone up by 42 million tonnes (mt) in the same period. The annual increase in the carbon stock is 21mt, which is equivalent to 78 mt of CO2.”

Overall, India’s green cover and carbon stock both have risen in the last two years.

Decline in carbon stock primarily due to loss of dense forests

Forests are both sources and sinks of carbon. They sequester more carbon than any other ecosystem and hence most important to keep climate change under control.

Koli’s argument has a basis. Between 2015-18, India has lost dense forests of the size of Kolkata within four years. As per the official data, over 20,000 hectares of forest area was diverted for mining, thermal power-plants, and infra projects during that time.

Uma Shankar Singh, former Indian Forest Service officer and a carbon stock expert explained that “no amount of commercial transplantation can help replace the carbon stock and ecosystem services the old dense forests offer.” The forests above 70 % canopy are considered very dense and 40-70% is moderately dense

Singh stressed that carbon measurement is flawed, “Carbon assessment is based on the size of plants such as shrubs, herbs, creepers, etc. To get the accurate figures, we need to test all plant species separately which will require massive resources and funds.”

Why carbon stock is important?

The Intergovernmental Panel on Climate Change (IPCC) estimates that the increase in global mean temperature of the earth’s surface is 0.87 degrees Celsius in 2016 compared to pre-industrial levels in 1900. Predictions are that further increase, that is 1.5 degrees above pre-industrial level, will cause significant variations in climatic patterns over the next century that may have negative impacts on regional and global biomes.

Also read: Govt Gives 30-Year Environment Clearance to Coal Mine Which was Flooded in September

This change in global temperature is caused primarily by rising atmospheric concentrations of greenhouse gases-carbon dioxide (CO2), methane (CH4) and nitrous oxide (N2O). The CO2 accounts for some 65% of the “greenhouse effect”. The rise of atmospheric CO2 concentrations since the beginning of the industrial revolution is mainly credited to the combustion of fossil fuels, cement manufacture, and deforestation.

India, as one of the parties to the United Nations Framework Convention on Climate Change (UNFCCC), is supposed to conduct periodic forest carbon assessment to monitor the flow of carbon in different pools in different forests. This becomes all the more important as CO2 emission from India has risen to 2,600 mt CO2 equivalents (eq) from 2,100 mt between 2010-2014, as per the biennial updated report of India submitted to UNFCCC in December 2018.

To tackle the emissions, India has committed to creating an additional carbon sink of 2.5 to 3.0 billion tonnes of CO2 eq by 2030, as per the Paris Agreement of 2015.

As per a 2018 research paper, Amazon forests underwent a significant loss of carbon after frequent droughts since 2005 due to tree mortality, disturbance in canopy height and biomass loss. Another study links water scarcity during the growing season (monsoon) with a decline in tree carbon.

In India, the States which reported a drop in carbon stock such as Maharashtra, Andhra Pradesh, Karnataka, Tamil Nadu, and Uttarakhand also faced drought in three consecutive years -2017, 2018 and 2019. Forest experts stress that the availability of nitrogen, phosphorus, potassium and forest management strategies also impacts the capacity of forests to sequester carbon. Insect damage and disease too can negatively impact the stock.

Santosh Bajpayi, an environmental activist of Uttar Pradesh, stressed the need for a neutral agency for assessment of forest inventory. “The survey conducted by the forest ministry under the government using a vague technology is likely to show a rosy picture.”

A top forest official of Karnataka said, “The ISFR notes the expansion of forest cover while the international agencies like Global Forest Watch note that India lost 126,000 (1.26 lakh) hectares of forests between 2010 and 2018.”

The article was originally published on Mongabay India. You can read it here.