Scientists Warn of a Looming Mass Extinction of Species

A report has warned that the rate of species extinctions is accelerating, with a grave impact on people around the world. 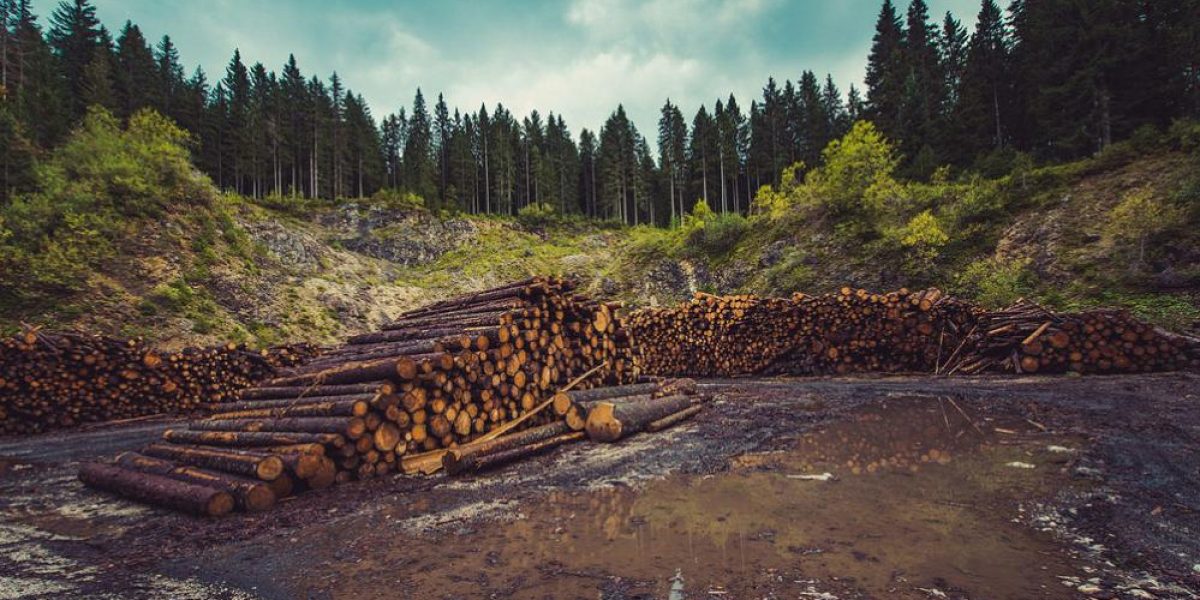 Of the estimated eight million species on earth, around a million face extinction, according to biodiversity specialists from around the world. Many of these are now threatened with extinction within decades – a situation humans have not faced before.

The average abundance of native species in most major land-based habitats has fallen by at least 20%, mostly since 1900. More than 40% of amphibian species, almost 33% of reef-forming corals and more than a third of all marine mammals are now threatened.

Extinction looms for a million species from thethirdpole on Vimeo.

The picture is less clear for insect species, but available evidence supports a tentative estimate of 10% being threatened. At least 680 vertebrate species had been driven to extinction since the 16th century and more than 9% of all domesticated breeds of mammals used for food and agriculture had become extinct by 2016, with at least 1,000 more breeds still threatened.

The rate of species extinctions is accelerating, with a grave impact on people around the world, warns a report from the Intergovernmental Science-Policy Platform on Biodiversity and Ecosystem Services (IPBES). It is dedicated to providing the world with an objective, scientific view of climate change, its natural, political and economic impact and risks, and possible response options.

While more food, energy and materials than ever before are now being supplied to people in most places, it is increasingly at the expense of nature’s ability to provide such contributions in the future and frequently undermines nature’s many other contributions, which range from water quality regulation to sense of place.

Also read: Climate Change and an Extinct Mouse: Lessons for the Himalayas

The biosphere, upon which humanity depends, is being altered to an unparalleled degree across all spatial scales. Biodiversity – the diversity within species, between species and of ecosystems – is declining faster than at any time in human history, says the report.

“The overwhelming evidence of the IPBES Global Assessment, from a wide range of different fields of knowledge, presents an ominous picture,” Robert Watson, IPBES chair, said at the launch of the report’s summary for policymakers. The summary was approved at a meeting of scientists and representatives of 130 governments, held in Paris from April 29 to May 4. “The health of ecosystems on which we and all other species depend is deteriorating more rapidly than ever. We are eroding the very foundations of our economies, livelihoods, food security, health and quality of life worldwide.”

However, there was a word of encouragement. “The report also tells us that it is not too late to make a difference, but only if we start now at every level from local to global,” said Watson, who is associated with the Tyndall Centre at the Department of Environmental Sciences in the University of East Anglia, UK. “Through ‘transformative change’, nature can still be conserved, restored and used sustainably… By transformative change, we mean a fundamental, system-wide reorganisation across technological, economic and social factors.”

This Global Assessment Report on Biodiversity and Ecosystem Services is the first intergovernmental report of its kind and builds on the landmark Millennium Ecosystem Assessment of 2005, introducing innovative ways of evaluating evidence. Compiled by 145 experts from 50 countries over the past three years, with inputs from another 310 contributing authors, the report assesses changes over the past five decades, providing a comprehensive picture of the relationship between economic development pathways and their impact on nature. It also offers a range of possible scenarios for the coming decades.

The full report – based on the systematic review of about 15,000 scientific and government sources – is still being compiled, and is scheduled for publication later this year.

The summary points out that nature is essential for human existence and a good quality of life. Most of nature’s contributions to people are not fully replaceable, and some are irreplaceable. Nature plays a critical role in providing food and feed, energy, medicines and genetic resources and a variety of materials fundamental for people’s physical well being and for maintaining culture.

For example, more than two billion people rely on wood fuel to meet their primary energy needs, an estimated four billion people rely primarily on natural medicines for their health care and some 70% of drugs used for cancer are natural or are synthetic products inspired by nature.

Over 75% of global food crop types, including fruits and vegetables and some of the most important cash crops such as coffee, cocoa and almonds, rely on animal pollination.

Marine and terrestrial ecosystems are the sole sinks of the greenhouse gases now causing climate change. These ecosystems soak up around 60% of the emissions.

The report draws on indigenous and local knowledge for the first time at a global scale. “Biodiversity and nature’s contributions to people are our common heritage and humanity’s most important life-supporting ‘safety net’. But our safety net is stretched almost to breaking point,” Sandra Díaz of Córdoba National University, and Investigador Superior in the Argentine National Research Council said at the launch. She has co-chaired the assessment with Josef Settele of the Helmholtz Centre for Environmental Research in Germany and Eduardo S. Brondízio of the Indiana University Bloomington, USA, the University of Campinas, and at the National Institute for Space Research, Brazil.

“Ecosystems, species, wild populations, local varieties and breeds of domesticated plants and animals are shrinking, deteriorating or vanishing. The essential, interconnected web of life on Earth is getting smaller and increasingly frayed,” Settele said in a statement. “This loss is a direct result of human activity and constitutes a direct threat to human well-being in all regions of the world.”

The authors have ranked the five direct drivers of change in nature with the largest relative global impact so far. In descending order of importance, they are changes in land and sea use; direct exploitation of organisms; climate change; pollution and invasive alien species.

The report says climate change is already impacting nature from the level of ecosystems to that of genetics, and this impact is expected to increase over the coming decades, in some cases surpassing the impact of land and sea use change and other drivers.

The report bluntly says global goals for conserving natural resources and achieving sustainability cannot be met by the current business-as-usual approach. The scientists point out that loss of biodiversity is not only an environmental issue but also a developmental, economic, security, social and moral issue as well.

Three-quarters of the land-based environment and about 66% of the marine environment have been significantly altered by human actions, though on average these trends have been less severe or avoided in areas held or managed by indigenous peoples and local communities. 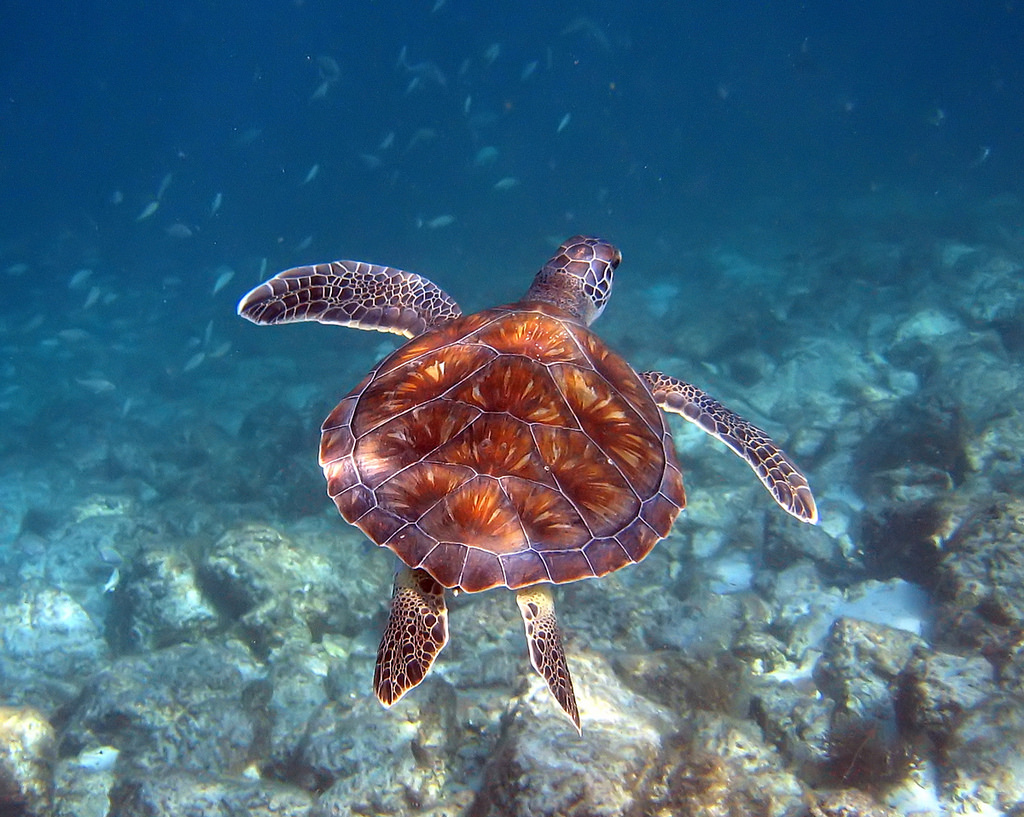 With more than a third of the world’s land surface and nearly 75% of freshwater resources now devoted to crop or livestock production, the value of agricultural crop production has increased by about 300% since 1970, raw timber harvest has risen by 45% and approximately 60 billion tonnes of renewable and non-renewable resources are now extracted globally every year, having nearly doubled since 1980.

But land degradation has reduced the productivity of 23% of the global land surface, up to USD 577 billion in annual global crops are at risk from pollinator loss and 100-300 million people are at increased risk of floods and hurricanes because of loss of coastal habitats and protection.

Also read: This Is Why We Think We’re in the Middle of a Sixth Mass Extinction

Local varieties and breeds of domesticated plants and animals are disappearing. This poses a serious risk to global food security by undermining the resilience of many agricultural systems to threats such as pests, pathogens and climate change. By 2016, 559 of the 6,190 domesticated breeds of mammals used for food and agriculture had become extinct and at least 1,000 more are threatened.

In addition, many crop wild relatives that are important for long-term food security lack effective protection, and the conservation status of wild relatives of domesticated mammals and birds is worsening. 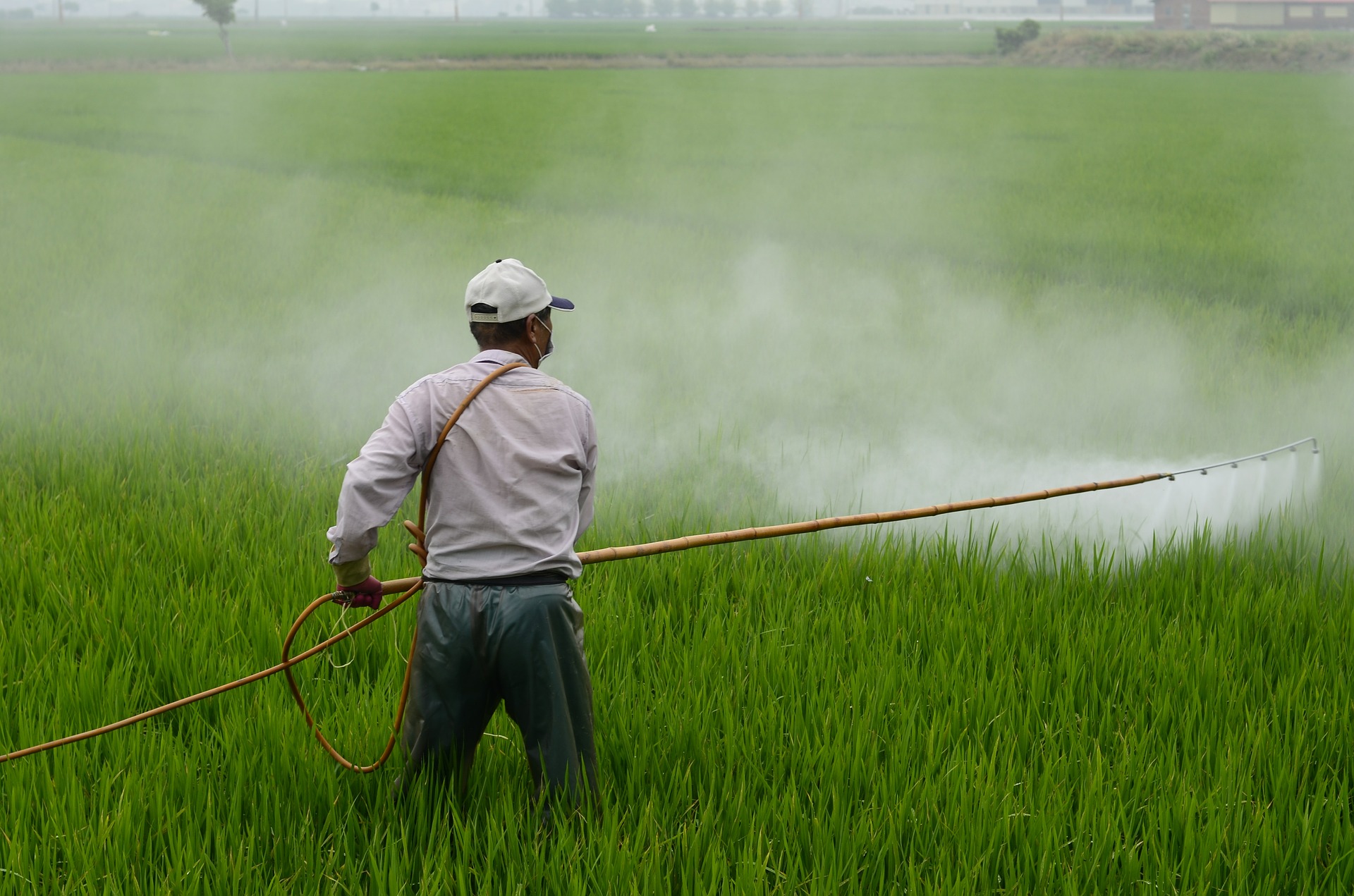 In 2015, 33% of marine fish stocks were being harvested at unsustainable levels; 60% were maximally fished, with just 7% harvested at levels lower than what can be sustainably fished.

The report presents a wide range of illustrative actions for sustainability and pathways for achieving them across and between sectors such as agriculture, forestry, marine systems, freshwater systems, urban areas, energy, finance and others. It highlights the importance of adopting integrated management and cross-sectoral approaches that take into account the trade-offs between food and energy production, infrastructure, freshwater and coastal management, and biodiversity conservation. It also stresses the importance of moving to a more holistic economic paradigm than one concentrated solely on growth.

Also Read: Extinction Is Happening at 1,000 Times the Normal Speed

“Feeding humanity and enhancing the conservation and sustainable use of nature are complementary and closely interdependent goals that can be advanced through sustainable agricultural, aqua-cultural and livestock systems, the safeguarding of native species, varieties, breeds and habitats, and ecological restoration,” says the report.

In urban areas, the report highlights promotion of nature-based solutions, increasing access to urban services and a healthy urban environment for low-income communities and focus on native species.

Overall, the report says, five main levers can generate “transformative change” by tackling the underlying indirect drivers of nature deterioration – incentives and capacity-building, cross-sectoral cooperation, pre-emptive action, decision-making in the context of resilience and uncertainty and environmental law and implementation.

The scientists have established that ecosystems managed by indigenous peoples and local communities are declining less rapidly than others, though even these ecosystems are under increasing pressure. Currently, at least a quarter of the global land area is traditionally owned, managed, used or occupied by indigenous peoples. These are also areas at maximum risk from global changes in climate, biodiversity and ecosystem functions.

The report says, “Regional and global scenarios currently lack and would benefit from an explicit consideration of the views, perspectives and rights of indigenous peoples and local communities, their knowledge and understanding of large regions and ecosystems and their desired future development pathways… Their positive contributions to sustainability can be facilitated through national recognition of land tenure, access and resource rights in accordance with national legislation, the application of free, prior and informed consent, and improved collaboration, fair and equitable sharing of benefits arising from the use, and co-management arrangements with local communities.”

Referring to various recent movements such as Voice For The Planet and the strikes for climate by school students around the world, Watson said, “The IPBES global assessment report offers the best available expert evidence to help inform these decisions, policies and actions – and provides the scientific basis for the biodiversity framework and new decadal targets for biodiversity, to be decided in late 2020 in China, under the auspices of the UN Convention on Biological Diversity.”

Reacting to the IPBES report, Andrew Norton, Director of the International Institute for Environment and Development (IIED), said, “The accelerating destruction of nature and climate change are the twin emergencies threatening humanity today. There is no more time for inaction or delay… Governments must end the destructive subsidies, including for fossil fuels and industrial fishing and agriculture… The contribution that diverse nature and natural ecological systems make to development ― for both rich and poor ― needs to be included in the economic decisions made by governments and business. Without this, development and life in general cannot be sustainable.”

This article was originally published on Thethirdpole.net.