The new report was a product of an extensive exercise undertaken by 10 research institutions and more than 15,500 birders across India. 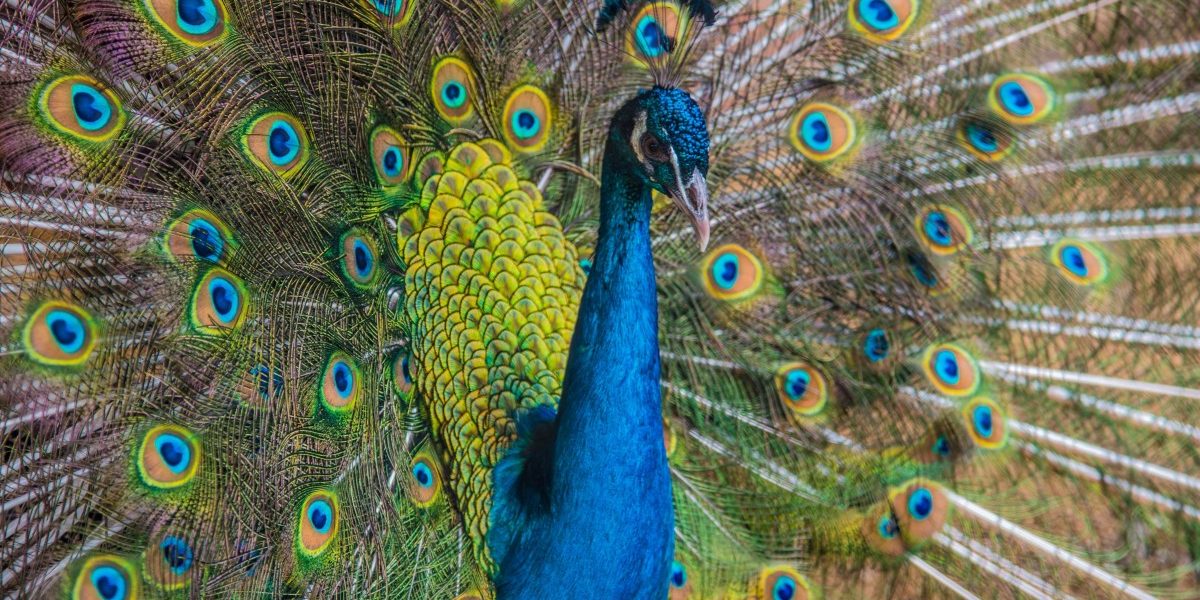 Kushal Tharpu, a young resident of LunchaKameru village in Sumbuk block in South Sikkim, wakes up early and heads to the village farmlands carrying a sack of grains, accompanying by a bunch of fellow villagers. On a barren patch of hill land, they spread the grains out and call out for peafowls. They show up quickly enough, and begin feasting on the grains.

Tharpu’s and his companions’ reasons for this daily activity is neither religious nor ecological. It’s their desperate attempt to make sure hungry peafowls don’t ravage their rice and corn fields instead.

“A couple decades back, we didn’t have any peafowls in our area. Now, they are all over the place and have become a menace,” Tharpu told The Wire. “They eat up our rice and corn crops, so we offer them grains. Several farmers have abandoned farming because of heavy crop losses due to peafowls.”

Sikkim’s LunchaKameru isn’t the only place struggling with a higher population of peafowls and its consequences.

A new and unique nationwide assessment of 867 birds species in India recently reported an increasing trend in both peafowl range expansion and its population in the country.

“Some parts of the country report greater levels of crop damage by peafowl – a trend that calls for careful conflict assessment and management,” the report, entitled ‘State of India’s Birds 2020: Range, trends and conservation status‘, reads. Researchers released it during the 13th UN Conference of the Parties to the Convention on Migratory Species, underway in Gandhinagar, Gujarat. It was the product of an extensive exercise undertaken by ten research institutions and more than 15,500 birders across India.

“This is the first time such [a] national-level scientific exercise to determine both long-term and current annual bird species trends [for 867 species] in the country has been carried out,” Ashwin Viswanathan, a research associate with the Nature Conservation Foundation, one of the 10 institutes involved, told The Wire.

M.D. Madhusudan, a conservation scientist who was also involved with preparing the report, said, “India has a total of 1,333 birds species, of which, this study assessed 867 species based on over 10 million records provided by thousands of birders.”

“It was possible to determine long-term trends, which required reliable data over a 25-year period, for 261 birds species. Since 2000, 52% of these species have registered a decline, with 22% declining strongly,” he added.

To calculate the prevailing annual trends – i.e. over the last five years – the researchers had reliable data only for 146 species. “Of these, nearly 80% are declining, with almost 50% declining strongly. Just over 6% are stable and 14% are increasing,” the report reads.

Clearly, many species of birds that the report has assessed have registered stronger declines. That said, “it is remarkable that despite the availability of over 10 million records from across the country, there is still a data deficit that does not allow us to reliably describe population trends for hundreds of birds species,” Madhusudan said.

For example, the report could study only 65% of the 1,333 birds species reported from India. Of those, it had long-term data (25+ years) for fewer than a third. In the case of current annual trends, i.e. over the last five years, reliable data was available for just 16.8% of the birds species assessed.

“Data deficit is a concern but this report has made a good beginning and in the coming years, we should have more robust data on birds species trends in the country,” Viswanathan said.

Indeed, the report is already being celebrated for its use of citizen science to overcome the data problem.

Birdwatchers have a long-standing practice of noting down the species of birds they spot while out birding. They used to do this in notebooks but of late smartphone apps have replaced them as the logbook of choice.

eBird-India is one such app that maintains birds species data. As part of the recent exercise, this app was used to digitise information provided by 15,500 birdwatchers from the 1960s to 2020, and analysed to reveal the trends.

The final assessment was based on three indices. Two were indices of change in abundance: long-term trend (25+ years) and current annual trend (over the last five years). The third index measured range size.

Also read: There Are More Peafowls in Kerala. Is It Because of Climate Change?

Using these indices together with the IUCN Red List, the researchers classified each species into different categories of conservation concern. Thus, India has 101 species of ‘high concern’, 319 species of ‘moderate concern’ and 442 species of ‘low concern’.

Species of ‘high concern’ include those whose numbers have declined considerably in the long term and continue to decline today. Birds also found themselves in the ‘high concern’ bin if their current range has become very restricted or if their abundance trend couldn’t be assessed while they’re listed as globally threatened in the Red List.

All together, this is how the researchers have been able to zero in on some good news and lots of bad news.

The bad news: The populations of raptors, waterbirds and habitat specialists across India, as well as birds endemic to the Western Ghats, are falling.

“The report only indicates trends and does not investigate reasons or determinants for decline,” Neha Sinha, a policy officer with the Bombay Natural History Society, one of the 10 institutes (and The Wire Science‘s contributing environment editor), said. “But if we are to speculate, raptors may be affected by chemicals and slow poisoning. Shorebirds could be impacted by both habitat loss as well as warming in their breeding grounds.”

“With the exception of vultures,” Madhusudan said, “we haven’t known much about raptor population trends in the country. A series of careful scientific studies on vultures over the last two decades have showed that their populations had declined precipitously due to poisoning from diclofenac, a common veterinary drug that was often found in carcasses. Thereafter the sale of this drug was banned.”

The report also found that the populations of migratory species, both long-distance and intra-subcontinent, were shrinking faster than those of resident species.

As for the Western Ghats’ birds: “The 12 Western Ghats endemics included in this analysis are almost 75% lower in their abundance index today than before 2000, indicating a steep long-term decline,” the report reads.

On the flip side, now that we know which bird species are in how much trouble, we have no excuses to not act.

Also read: One in Eight Bird Species Are Found in India – But Do We Really Care?

The primary threats to birds around the world include are habitat change, mainly from agricultural expansion and intensification, logging and increased urbanisation; invasive species and hunting/trapping. Lesser but still significant threats include dams and mining, linear infrastructure (roads, railways and power lines) and pollution. Climate change acts on top of these factors and exacerbates their effects.

“We all need to come together to [study] the reasons for the decline and take suitable action,” Vishwanathan said. “We need to focus on habitats like grasslands that have been long ignored. There are a large number of habitats for which we have no scientific information.”

Sinha also said there’s a need to update the IUCN Red List because species like the large cuckooshrike have steeply declined but are listed as being of ‘least concern’ on the list.