“The seers have put their lives on the line for the Ganga and a government which claims to treat the river as holy is not treating them with any insensitivity. In fact there is a kind of hostility.” New Delhi: An organisation of saints, working for the better health of the Ganga, has accused the government of ignoring their demands and ‘insulting Hindu saints’. This is the Haridwar-based Matri Sadan, whose patron G.D. Agarwal, a scientist, saint and Ganga activist, had died in October 2018 after fasting since June that year. His demands – chiefly, a clean and free-flowing Ganga – had not been met by the government

Now, the Matri Sadan has said that the government’s response to its seers who are presently fasting has been as indifferent. “The seers have put their lives on the line for the Ganga and a government which claims to treat the river as holy is not treating them with any insensitivity. In fact there is a kind of hostility,” said Swami Shivanand Saraswati, Agarwal’s spiritual guru and the founder president of Matri Sadan. 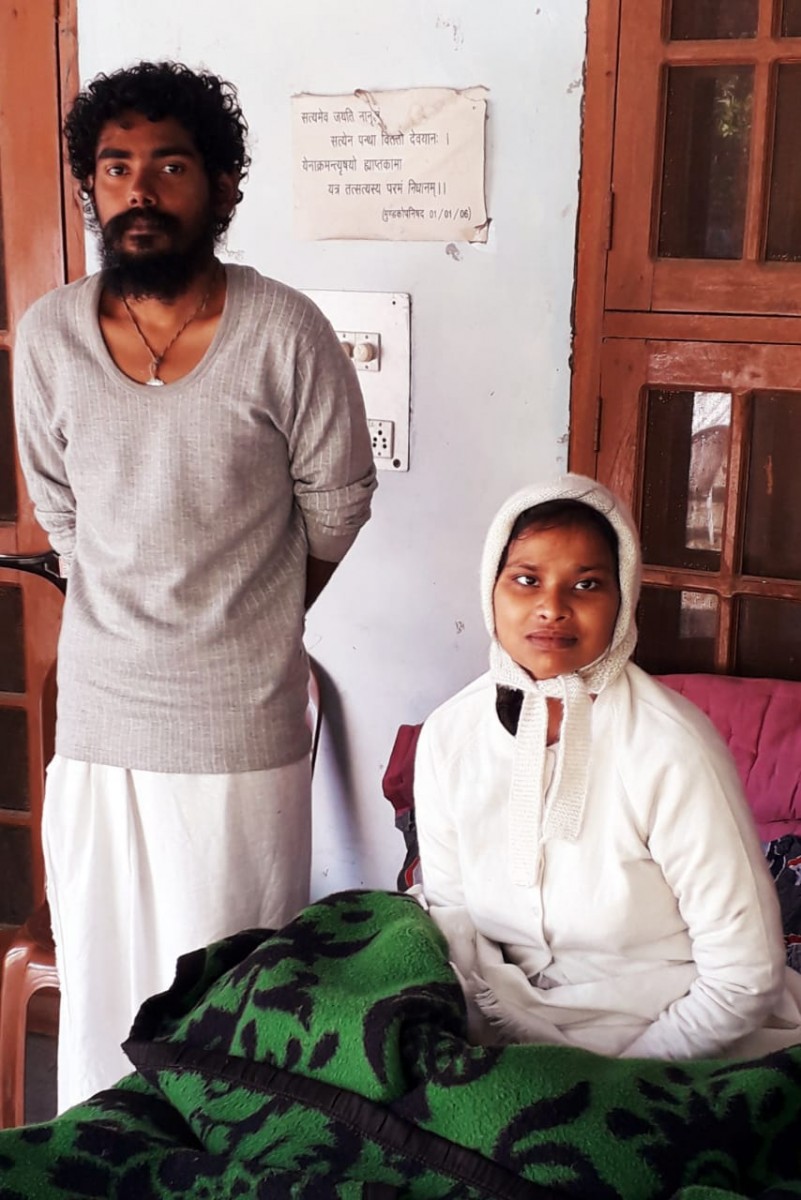 As of now, 23-year-old Padmavati and 27-year-old Aatmabodhanand are fasting for the Ganga. Padmavati began her fast in December 2019 while Aatmabodhanand began his in late January after Padmavati was picked up by the police and taken to Doon hospital in Dehradun and force-fed, she has alleged. She also accused the hospital administration of ‘defaming’ her by claiming that she was pregnant and must break her fast for that reason.

Subsequently, she wrote a letter to the prime minister seeking his permission to “peacefully sacrifice her life for the Ganga”.

“What could be worse mental harassment for a woman that she is told that she is pregnant when she is not? On behalf of the administration, this is an attempt to discredit the ashram so that somehow it can be destroyed,” said Saraswati.

Now both Padmavati and Aatmabodhanand have been admitted to the All Indian Institute of Medical Sciences (AIIMS) by the government. The Matri Sadan has said that it is concerned for the safety of its seers.

“As long as our saints are on hunger strike in the ashram, they are perfectly fine and as soon as the police forcefully take them to a hospital, their condition starts deteriorating and eventually dies in suspicious condition,” Saraswati said, referring to the death of Agarwal which occurred when he was in AIIMS Rishikesh where he was taken against his wishes by the Uttarakhand government.

Social activist Medha Patkar, who was also present at the press conference organised by Matri Sadan, said, “It is so strange that during the rule of a Hindutva government, sadhus are putting their lives on the issue of conservation of Ganga and not only the government but also society is sensitive not enough to show any sympathy with them.” Medha Patkar and others at the press conference. Photo: Dheeraj Mishra

Over the last two decades, several seers of the Matri Sadan have protested and fasted, demanding that the government take proactive steps to revive the river considered holy in Hindu mythology.

Their key demands include a ban on illegal sand mining around the Ganga, cancellation of proposed hydroelectric projects on the Ganga and maintenance of a free-flowing river. Successive governments have been reluctant to give in to these demands.

Now the Matri Sadan has once again reiterated these demands and also demanded that the Central government meet and speak with the fasting seers.