In 1885, Ruchi Ram Sahni was instrumental in identifying the False Point cyclone, but his contribution was not acknowledged and a British person received the credit instead. Cyclone Fani was in the news not because despite its ferocity, it caused fewer deaths and lesser damage than it might have without an alert and motivated administration. An important role was played also by what one UN agency called the India Meteorological Department’s “pinpoint accuracy” in tracking Fani’s progress.

This success story of the science of weather forecasting in India brings to mind a neglected episode, involving another fierce cyclone which hit the country’s east coast in 1885.

This was the “False Point” cyclone, considered to be one of the severest “Category 5 Bay of Bengal cyclone” (a minimum pressure reading of 27.08 inches was noted at landfall). The cyclone’s winds (156 mph or 251 km/h) inds and 22 foot storm surge rocked large sections of Northeastern India just after dawn on September 22,1885.

This is how David Longshore describes it in his Encyclopaedia of Hurricanes, Typhoons, and Cyclones:

[It was] without doubt one of the most intense examples of its kind ever observed, the whirring eyewall of the cyclone plowed ashore at what is now known as Palmyras Point, bearing before it a single cresting wave of enormous destructiveness. Hundreds of structures from crudely constructed wattle huts to sturdy ware and custom houses and piers, cranes, foundries – were entirely carried away by the surge. Scattered for miles across the False Point harbour’s sodden banks, all were reduced to such unrecognisable rubble that upon returning, dazed survivors were unable to determine exactly where their property had once stood. Although an exact count of the dead does not exist, contemporary sources place the False Point Cyclone’s final toll at about 10,000 people lost.

As Rajesh Kochhar has noted, the damage would have been much greater but for the initiative of a young 22-year-old Punjabi scientist, Ruchi Ram Sahni, who was then the second assistant meteorological reporter to the Government of India, based in Simla.

In his recently republished memoirs, Memoirs of Pre-Partition Punjab, Ruchi Ram Sahni writes of his work in the Shimla office under the tutelage of H.F. Blandford, the first chief of the Meteorological Department of India. His tasks included the preparation of the daily weather reports issued from the Simla office based on inputs from 120 stations across Indian and Burma. 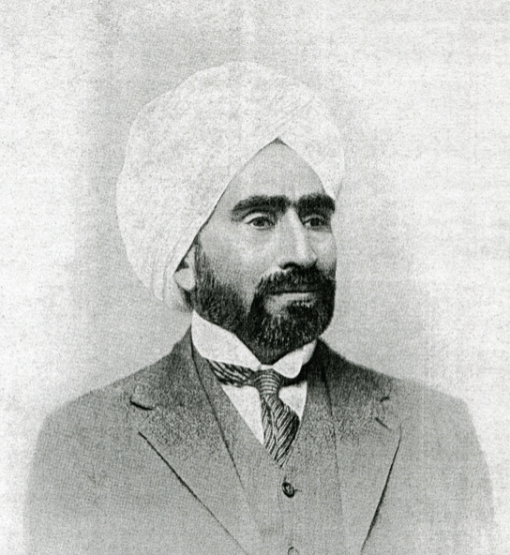 The following are some curated excerpts that reveal Sahni’s tasks and the role that he played in identifying the storm.

I may mention here that my ambition was to know exactly what the men under me at the Simla office, clerks, computors and all, were doing, and to learn it so well that I could take the place of any of them without the slightest difficulty. At the same time, I studied the scientific aspects of meteorology not only of India but also of other countries.

For a couple of months, I had to submit the Daily Weather Report to Mr. Blandford before it was sent to the press. But one day, my boss refused to look at my Report, saying that I must now be prepared to take the whole responsibility for the Report upon myself. It was like my official coming of age. I was filled with a new sense of responsibility. There were two elements in this feeling viz: the element of fear lest I should make some mistake in drawing wrong conclusions from the data before me, and the element of a certain amount of pride that I will now have an opportunity to show my real worth.

But resentment was mounting that a young “native’ was given such an important task.

While I was at the meteorological office, a particularly virulent attack upon me appeared in the columns of the Pioneer of Allahabad, then the most influential paper in India. In a column article, the paper referred to a certain Daily Report of mine and complained that I had failed to give the forecast of the weather that I could and should have given on the basis of the available data. The writer added that the time had not come for a ‘native’ to be appointed to a responsible scientific post. He had no grievance, he pointed out, against the particular individual who had been put in charge of the onerous duties for which a European alone was the fittest person. The criticism closed with reference to the fact that the Daily Weather Report was sent to foreign countries, including Russia, and that the Russians would have but small regard for the Government of India when they realized that a native had been appointed to such a responsible post.

Since on more than one occasion, reference was made to a European being a fitter person than a native for a scientific post. I may mention that my European colleague would often refer to me to work out mathematical formula for him now and again.

One day, Sahni was alone in Simla, his superiors having gone down to Calcutta.

The most important event of my career in the Weather office was the action that I took, entirely on my own responsibility, in issuing the immediate danger signal to all the Port Stations in northern Bengal (Orissa was then part of the province) to hoist the red ball.

On going to office in the morning, I called for, as usual, such of the weather reports as had been tabulated. On examining them, I noticed that Diamond Harbour had reported an unusually rapid fall of atmospheric pressure. There was nothing in the reports from the surrounding stations to explain or support this.

I had an urgent telegram sent to the ‘Observer’ at Diamond Harbour asking him to send me a fresh report of the latest readings. This report confirmed my original suspicion that a big storm was approaching. I then asked him not to leave the observatory till further orders, and to keep sending me half hourly reports on the weather. A little later, I asked two or three of the other neighbouring stations also to do the same.

Meanwhile, I was also making a hurried study of the reports of previous big storms. It was only when I was quite convinced in my mind that a big storm was approaching the coast that I issued the immediate danger signals.

The Calcuttta office, meanwhile, had not noticed the arrival of the impending storm.

This done, I sent a long wire to my chief at Calcutta about what I had done and reproducing the important features of the special reports that I had obtained. I afterwards learnt from the office men at Calcutta that for a few minutes after the receipt of my telegram, Mr. Blandford felt seriously perturbed and upset. He at once ran to Mr. Pedlar and asked him if he knew of anything of a big storm in the Bay. Mr. Pedlar was Provincial Reporter for Bengal. In this capacity he used to get all the reports of the Bengal stations which were nothing but duplicates of the morning reports that were sent to Simla for the Daily Weather Report. Mr. Pedlar knew nothing of the storm. In fact, he had not till then even looked at the reports.

Alexander Pedlar, a British civil servant and chemist, sometime professor of chemistry at the Presidency College in Calcutta, was a man of many parts, too many to pay proper attention to any one thing.

As I have said before, Mr. Pedlar had too many irons in the fire. He was Professor of Chemistry in the Presidency College. He was water and gas analyst to the Calcutta Municipality, he was Meteorological Reporter to the Government of Bengal, and he had a fair private practice as an analyst of wines and drugs etc. for the big importing firms at Calcutta. On the suggestion of Mr. Bradford, Mr. Pedlar sent out orders to the affected stations to repeat the telegrams they had been sending to me. By this time the storm had very much increased in intensity and had invaded the coast.

Ruchi Ram Sahni never got any credit for his storm warning which saved thousands of lives, though Alexander Pedlar wrote a long paper on the cyclone without ever mentioning Sahni’s contribution.

When the report that had roused my first suspicion reached me, the storm was yet at some distance from the land. Everything showed Mr. Blandford and Mr. Pedlar quite convincingly that I was correct in my judgment and that the orders that had issued were quite justified. I think this was the storm that subsequently became the subject of a big paper under the title of the False Point Cyclone. I suppose a native was not considered to be a fit person to write the paper.

Ruchi Ram Sahni was clearly sore that his contribution was not acknowledged and someone else took credit for his work. In fact, a full chapter of his autobiography is dedicated to similar “trials and tribulations” of Indian officials at the hands of their European masters.

Colonial masters may have tried to deliberately downplay or simply not report the contributions of ‘native’ scientists. But in independent India, that is fortunately not the case. India’s own capabilities of predicting severe cyclones and storms is now globally recognised. The role of the meteorological department in accurate and timely predictions and the capability of the government in dealing with natural disasters has paid off huge dividends, as can be seen from the handling of Fani.

Neera Burra is the great-granddaughter of Ruchi Ram Sahni and has re-published his  autobiography, A Memoir of Pre-partition Punjab (OUP, 2017). Her blog can be found here.