Not Conflict or Violence, Extreme Weather Events Are Causing Most Migration

India is suffering the maximum brunt of rapid on-set disasters. More than 2.7 million people were displaced in the country due to tropical storms and flood in 2018. 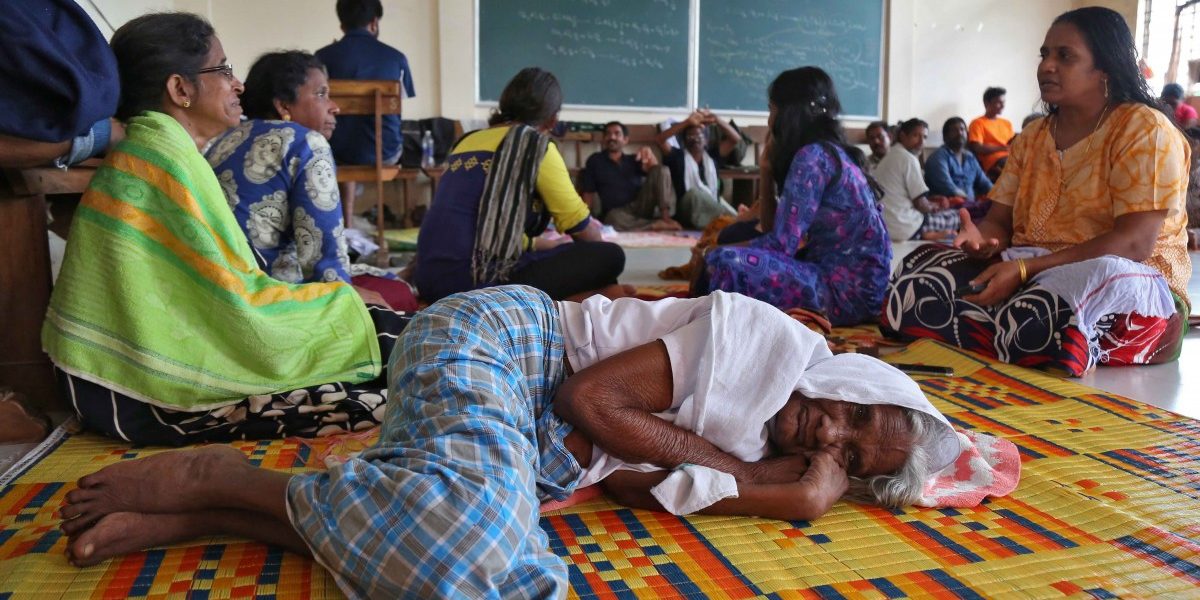 Flood victims rest inside a university classroom, which is converted into a temporary relief camp in Kochi in Kerala. Photo: Reuters/Sivaram V/Files

A grim prophecy made years ago by climate scientists and experts is coming true now. World over, the effect of disasters is displacing more people as compared to other reasons for displacement like conflict and violence.

According to the World Migration Report (2020), at the end of 2018, there were a total of 28 million new internal displacements across 148 countries and territories.

“Sixty-one percent (17.2 million) of these new displacements were triggered by disasters, and 39 percent (10.8 million) were caused by conflict and violence,” the report says.

The latest World Migration Report was published at the end of 2019 and is released biennially by the International Organisation for Migration (IOM), a United Nations body that keeps track of global human migration.

Other reports as well such as those of the Intergovernmental Panel on Climate Change (IPCC) have also warned that the worst impact of climate change will be seen on human migration, as the number and intensity of disasters increase.

In 2018, the World Bank projected that there will be more than 143 million internal climate migrants by 2050, in just three regions of the world (Sub-Saharan Africa, South Asia, Latin America), if no climate action is taken.

Binod Khadria, co-editor of the World Migration Report said that rapid-onset disasters call for a “different and special” strategy because they suddenly displace people.

“You talk about internally displaced people but there are people who are displaced across the borders. They have to suddenly leave their habitation and find refuge in other countries. So, they become climate refugees. It is important and I think this can be equated to human trafficking or strife situation that drives people out because of conflict and violence,” Khadria told Mongabay-India.

According to the Internal Displacement Monitoring Centre (IDMC), an international body based out of Geneva, almost 1.6 million people displaced by disasters were still in camps or places out of their homes by the end of 2018.

“The term climate refugee is catching up now because people believe that climate (change) can force people to leave their country and go to another country,” Khadria added.

This scenario is especially worrying for the countries of the Indian subcontinent, notes the World Migration report. “South Asian populations are particularly vulnerable to slow-onset and rapid-onset disasters related to natural hazards and climate change” says the report.

The report points out that “except for Afghanistan, where conflict and violence played a larger role in driving people from their homes, disasters were responsible for most displacement in Southern Asia in 2018.”

According to the report, a total of 3.3 million new displacements were estimated in South Asia, caused by the sudden onset hazards in 2018. India suffered the maximum brunt of rapid-onset disasters, with more than 2.7 million people displaced due to tropical storms and floods. 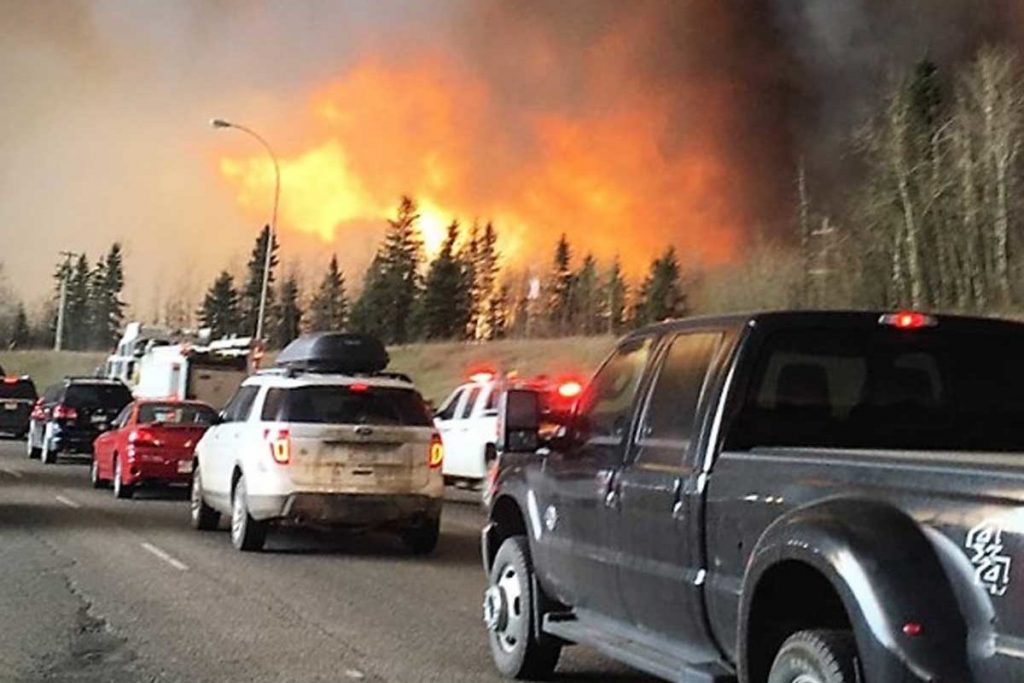 Climate refugees in the industrialized world: Fort McMurray residents flee wildfires that raged through the Canadian community in 2016. Photo: DarrenRD CC BY SA 4.0

Reports of the IPCC have highlighted that global heating is increasing the intensity and frequency of natural disasters and extreme weather events. Given its geography and vast coastline, India is among the most vulnerable countries in the changing scenario. In the last two years, the country has been hit by at least one extreme weather event every month.

The State of India’s Environment 2020 report, published on February 9, 2020, by Delhi-based Center for Science and Environment (CSE) also highlights this fact. India recorded just 9 out of 93 disasters in Asia in 2019 but accounted for nearly 48% of the deaths.

According to the National Disaster Management Authority, 27 of the 37 states and union territories in India are disaster-prone. If places like Sundarbans in the east of India face the threat of sea-level rise, the mountains of North India are susceptible to floods, cloud bursts and landslides. The Aila cyclone of 2009 in Bay of Bengal or Kedarnath floods of 2013 in Uttarakhand are testaments to this fact.

Multiple reports also warn that poor and developing countries are more vulnerable to disasters triggered by global warming. With the increased frequency of extreme weather events, India will have to pump more money and resources in adaptation.

A study published last year in the Proceedings of National Academies of Sciences (PNAS), states that global warming decreases the GDP of poor nations, like India, while it helps the economy of some of the rich nations, making it difficult to narrow the gap between rich and poor nations. This research demonstrates that India’s GDP is 30% lower today than it would have been had it not been affected by climate change.

Around 250 million people live along India’s 7,500-kilometre-long coastline and most of them are dependent on the sea for their livelihood. Therefore, migration caused by disasters will certainly increase the distress of fishermen, farmers and poor labourers.

“We know today migration has become a political hot potato all over the world. Immigrants are the issue today – from poor countries to rich countries. Political parties are winning and losing elections because of this migrant issue. In our own country, we are also counting people. We do not know what we will do when we have counted them. So, I think now it is time when the world recognises that migration is not just a political hot potato, but we will have to see the human side of it and decide that what we should do to reinvest in the rural economies. These are poor people who have no option but to leave and we must admit that it is because of us they are losing their livelihood,” said Sunita Narain, director-general of Center for Science and Environment.

This article was first published on Mongabay India.