Extreme Events in the Himalayan Region: Are We Prepared for the Big One?

It is clear that massive efforts have to be mounted, together with sound scientific strategies for mitigation, if we are to deal better with disasters. 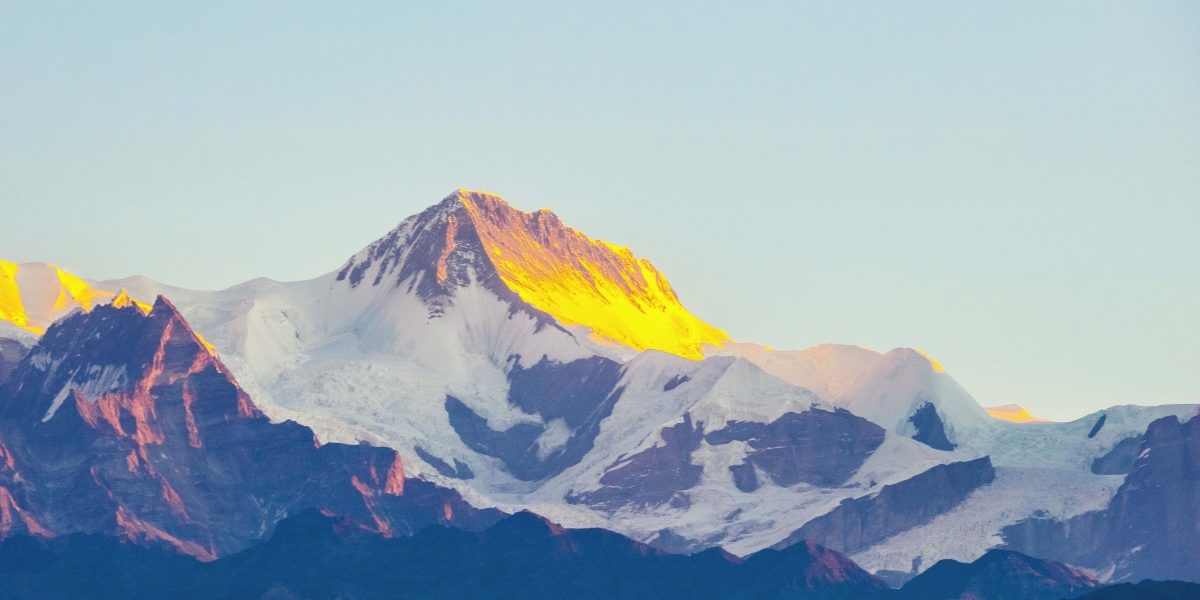 There is now consensus among scientists that there are deficits in slips in certain segments of the Himalayan arc that are not commensurate with the accumulation of elastic strain. Photo: Mamun Srizon/Unsplash

C.P. Rajendran
Environment
The Sciences
05/May/2019

The Himalaya form a dynamic, changing landscape. The product of millions of years of crustal shortening, they carries in their bowels immense tectonic stresses. It is evident that contrasting tectonic and climatic agendas made this range what it is. The Himalaya were lifted up to their great heights by the force of the Indian plate colliding with the Eurasian one, and their growth was – and is – counterbalanced by erosional forces unleashed by the annual summer monsoons and the winter rains. In effect, there exists a dynamic balance between the vertical forces that hold them up and the opposing erosional forces that wear them down.

Some of these opposing forces include earthquakes, avalanches and floods, and they can be and often are disastrous for those living on the Himalaya’s fringes.

The trend in annual losses caused by natural disasters is markedly upward. This appears to be related to more people and infrastructure being exposed to natural disasters, and the attendant risk, the underlying reasons for which are population growth and a greater number of people living in vulnerable areas. It is clear that massive efforts have to be mounted, together with sound scientific strategies for mitigation, if we are to deal better with disasters.

One of our major concerns now should be the 2,500-km-long Himalayan plate boundary that can generate powerful earthquakes. There is now consensus among scientists that there are deficits in slips in certain segments of the Himalayan arc (for example, the central Himalaya) that are not commensurate with the accumulation of elastic strain. In other words, areas that haven’t experienced great quakes for several years now have only been accumulating stress and are likelier to de-stress in the future with a greater quake, of magnitude 8.5 or higher. Are we prepared for such extreme events in the Himalayan region?

Also read: Forecasting Quakes in the Himalaya With a Peek Into Its Past

Thus, a realistic mitigation strategy should include:

The response includes both short-term emergency actions (e.g. by the police or the army) and longer term actions (e.g. food, shelter or reconstruction). It is notable that the Disaster Management Act 2005 emphasises a policy shift from relief-centric approaches to a proactive action plan of preparedness, prevention and mitigation.

We also have to improve our methodologies of risk assessment with intense field studies and developing models using data on the frequency and severity of a particular type of natural hazard striking an area. We then need to combine this information with the nature and class of vulnerable structures. Experts need to develop computing packages, including the geographic information system (GIS), to estimate the costs and to generate different disaster mitigation scenarios.

To improve these models, post-disaster investigative data is important. Many local revenue divisions may be doing a good job collecting this information – but what about the machinery required to archiving this data for use in generating models? And these models, even if they are low on accuracy, will need to be generated for all hazardous regions in the country because they provide the scientific basis for fund allocation and prioritisation.

Another area that needs attention is the development of land-use planning, with potentially great impact in areas prone to flooding. However, implementing this programme will not be easy; from a practical point of view, it needs the participation and support of the local people. Instead of enacting mandates in a high-handed manner, we must try to provide incentives for compliance, such as lower building and property taxes to those who prefer to live away from hazardous areas.

Ultimately, the subsidies and tax discounts will be offset by the lower losses incurred during a disaster. Such methods can be used to popularise land-use planning as well as encourage people to adopt building codes. Most low-income groups (especially in rural India) located in disaster-prone areas live in poor-quality houses.

Our experience in the Himalayan towns at sites of moderate earthquakes (e.g. the 1991 Uttarkashi and the 1999 Chamoli earthquakes) suggests that better construction practices can help control the impact of destructive events. Our present understanding of earthquake sources in the country allows us to reasonably quantify the expected ground motion in any region. This can be the basis for designing earthquake-resistant buildings. The historical example of a large earthquake in 1803 in the Uttarkashi region not only struck the mountainous region but also generated ground liquefaction in distant sites in the Ganga plains, such as in the Delhi region. Historical records show that the upper story of the Qutb Minar toppled during that earthquake. A big earthquake poses serious challenges to such monuments.

The Ganga alluvial plain is expected amplify the earthquake energy in such areas. It will be prudent to estimate the quake risk if a great earthquake occurs in the central Himalaya. And Delhi requires special mention as this area is the capital and many heritage, monuments and government buildings are located here. Many of our constructions do not comply with seismic codes. The major historical government buildings need to be made to resist earthquakes better through retrofitting.

Recent trends in data dissemination can be useful here. For example, advances in seismic sensor technology, data acquisition systems, digital communication and computer hardware and software allow us to develop real-time earthquake information systems. In fact, real-time data dissemination should become a norm in all the fields. Free sharing of data is the backbone of any knowledge-based society. We must develop an online disaster information network that includes spatial maps delineating hazard zones. As a GIS package, this system should also be able to use archival data together with information available elsewhere on the web. However, many government agencies are not inclined to share data, likely because the data quality is low.

To strengthen our disaster management capabilities, it is important that we have a pool of trained scientists and technologists. But this is complicated because our university departments are water-tight. It is high time we allowed students to choose elective topics while majoring in one subject, and strengthen our training courses by updating the syllabus, allowing us to introduce newer topics. Interaction between research organisations, relevant university departments, non-governmental organisations and interested public/private companies must be encouraged for transfer of knowledge and expertise, which should also include grassroots initiatives.

Currently, the science of disaster risk is focused more on assessment and analysis to help quantify the risk. A major question is: how do we translate this knowledge into an action programme? This will materialise only when we strengthen collaboration between the vast networks of research institutes, the National Disaster Management Authority and various state authorities. If such a coherent science-policy interaction were in place, wasteful projects like the river interlinking project would not have been initiated.

Also read: How Two Temples Hold Clues About the Next Big Quake in Himachal

The current predictive capabilities of natural disasters remain under-utilised in the country. India needs an online disaster information network that will use archival data on past events together with current data. The Himalaya are collectively an amazing natural laboratory where geological processes can be tracked live for new insights.

Tackling future natural disasters will require a healthy mix of technology, scientific studies, trained and committed manpower, professionalism, engineering skill and public awareness. The Uttarakhand floods in 2013 in fact offered a window of opportunity to embark on a new strategy for sustainable development in ecologically fragile mountainous areas. But shortsighted politicians ruined that opportunity, leaving us with the unsustainable 900-km-long Chardham highway, as if it can remedy all the problems we face in the mountains.  It may sound now like a cliché to say that the Himalayan states’ future development must be based on a sound environmental policy, as it has become a repeated mantra in times of crisis.

My recent travels across Himachal Pradesh were depressing; I had an uncanny feeling that the mountains would be drowned in throw-away plastic items and other trash, piled up on the roadside and dumped in water bodies. With the looming threat of earthquakes, climate change and the retreating glaciers, our internal security seems to be in dire straits. As the ancient Chinese military strategist Sun Tzu said in his treatise, The Art of War: “If you know the enemy and know yourself, you need not fear the result of a hundred battles. If you know neither the enemy nor yourself, you will succumb in every battle.”

The author participated in a workshop at IIT Mandi on April 18-20, 2019, whose title was similar to this article’s headline.