Organisers promised a display of civil disobedience "five times larger" than a mass demonstration in April. 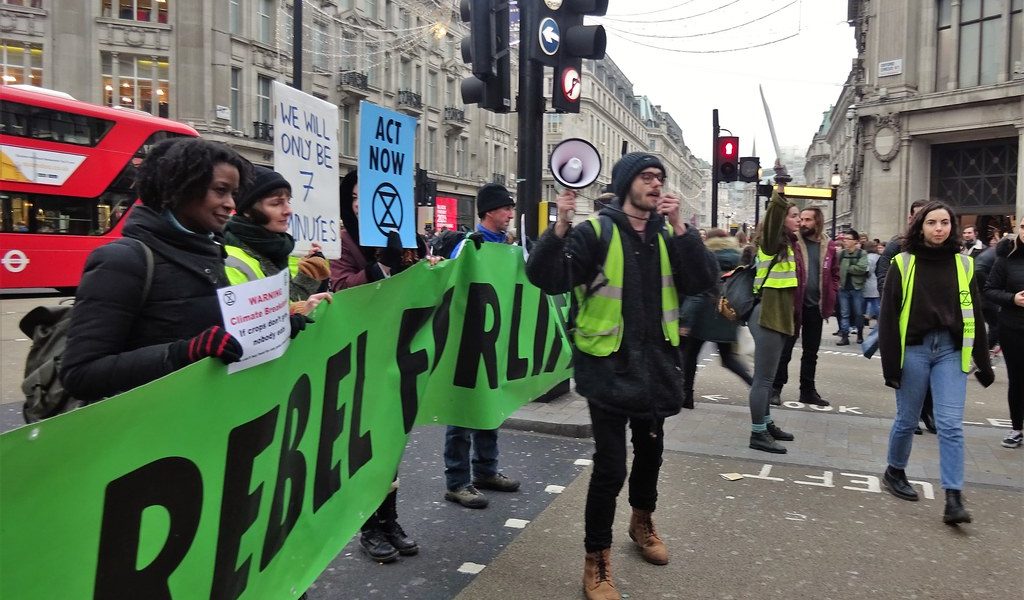 Berlin: Climate activists from Extinction Rebellion (XR) blocked roads around the Victory Column near the Brandenburg Gate in Berlin early on Monday morning as the first wave in a day of “civil disobedience” in the German capital got underway.

The climate movement delivered a series of tweets documenting proceedings in Berlin. XR tweeted: “The sun is rising and at the Victory Column 1000 rebels are finally demanding serious measures from our government in the fight against the #Klimakrise!”

Some 60 events were planned around the world on Monday and in Germany they were keen to kick off proceedings early. Protesters had already set up a camp (above) over the weekend in front of Chancellor Angela Merkel’s office and the Reichstag.

Meanwhile, in London, seven people were arrested on Sunday “on suspicion of conspiracy to cause public nuisance” after the kick-off ceremony near Marble Arch.

Also read: ‘Climigration’: When Communities Must Move Because of Climate Change

XR, which originates in the UK, promised a protest “five times larger” than the massive one it held in London in April.

Activists with XR kicked off the international day of protest with demonstrations across New Zealand and Australia.

Protests began in Wellington’s central business district and on the steps of parliament, and also took place in Melbourne, Sydney, and Canberra.

“Either we make history, or we’re history,” said Melanie Vautier, a university student who took part in the Wellington demonstrations. “That means we must draw the line on fossil fuels before it’s too late.”

However, the protests were not only led by the young. The New Zealand protests were led by the 80-year-old Mary Rose, who said that “as a great grandmother, I’m determined to help wake up the world, so my grandchildren have the same choices as their parents.”