Explainer: Delhi's Air Quality Dips, but Only Weather Conditions to Blame – Yet

The air quality of Anand Vihar breached the 400-mark this week. However, researchers said that there's a need to look beyond the readings from a single air monitoring station to get an idea of the overall air quality. 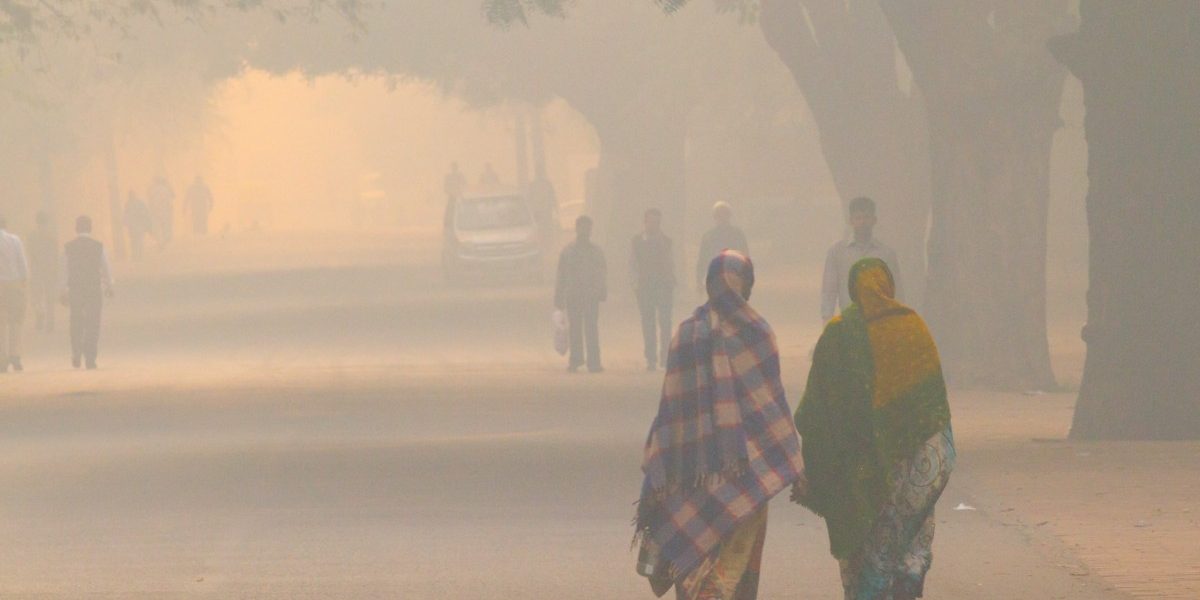 Kochi: Several news outlets reported on the “deteriorating” air quality in the national capital on September 20 and 21. The reports mentioned how the air quality index (AQI), a measure of air pollution levels, of Anand Vihar in east Delhi breached the 400-mark on September 18.

The AQI of Anand Vihar reached 418 on September 20, as per the Central Pollution Control Board (CPCB) bulletin.

An AQI between 401-500 is categorised as “severe” and is indicative of the highest level of air pollution, as per the CPCB. Such levels of pollution can not only have serious impacts on people with existing diseases, but also affect healthy people.

“The city’s air quality did drop on September 18 and 19. A meteorological condition – the lack of winds – caused this, by trapping pollutants and preventing them from dispersing away,” air pollution researchers told The Wire.

The oscillation to “severe” category, however, occurred only in Anand Vihar, data from the CPCB’s live air quality index showed. Data from this real-time air monitoring station should not be used as an example while discussing the city’s air quality levels because the station is located near a traffic hotspot and will not reflect ambient air quality levels.

Researchers said that ambient data should be ideally examined for the overall air quality levels.

On September 18 and 19, Delhi witnessed a dip in air quality, even before the onset of the stubble burning season which is known to contribute significantly to air pollution in Delhi and the national capital region (NCR).

The real-time monitoring station at Anand Vihar recorded a “poor” AQI of 251 at 3 pm on September 18, and a “severe” AQI of 402 at the same time on September 19 (as per the live AQI data made available by the CPCB).

However, AQI at the same station was “satisfactory” (ranging between 51-100) the week before. Air quality in some other areas in Delhi dipped slightly, too, though not as drastically as it did in Anand Vihar.

The AQI in Mundka, west Delhi, slipped from “satisfactory” on September 17 to “moderate” and “poor” on September 18 and 19. It reverted back to “good” (an AQI of 0-50, which has minimal impact on human health) on September 22.

“This change in air pollutant levels over the two days earlier this week was primarily caused by a meteorological phenomenon,” said Dr. Anju Goel, who researches air pollution and quality at the Energy and Resources Institute in New Delhi. “Air pollution in the national capital stems from several sources such as stubble burning, construction, vehicular traffic and thermal power plants. However, meteorological conditions also play a huge role in the levels of these pollutants in the air,” she added.

“Currently, pollutants from all sources excluding stubble burning are part of the mix,” she told The Wire. “But when the winds are calmer as the monsoon starts withdrawing like we are seeing now, these pollutants will get trapped.”

Calm weather conditions prevent the dispersal of pollutants, and thus concentrates pollutants in an area. This is what led to the brief spike in air pollutant levels in the city, she said.

Also read: Air Pollution Can Cause Lung Cancer in Non-Smokers

India has a network of 804 air quality monitoring stations across the country as part of the National Air Quality Monitoring Programme (NAMP). This programme, implemented by the CPCB, monitors ambient air quality and covers 344 cities/towns across 28 states and six Union Territories.

The national capital has 40 monitoring stations. However, not all of them collect ambient data. Apart from monitoring overall population exposure to air pollutants and obtaining background air quality levels, one of the NAMP’s objectives is to also monitor sources of pollution such as curbsides, industrial, and vehicular traffic, said Goel.

“If you’re looking at AQI, you should not look at stations very near to a source. That’s because such stations will always show higher values,” she said.

The Anand Vihar monitoring station is situated in a traffic hotspot, and therefore, will show values higher than the ambient air quality levels, she added.

The Ministry of Earth Science’s website for the System of Air Quality and Weather Forecasting And Research (SAFAR-India) specifies this as well:

“Air Quality monitoring is not an easy task. The common mistake which anyone can make is representing city air quality based on single station value or single hour data. To provide an AQI representative of a city, single station data is not suitable.”

For a typical metro city, several micro-environments such as background, commercial, urban complex, sub-urban, residential, industrial, road side and traffic junctions should be covered in the monitoring network, SAFAR-India advises.

Preparing for the winter

The plan will be initiated 15 days before the usual date to prevent the buildup of pollutants due to the drop in the wind speed after monsoon withdrawal, an official was reported as saying.

To prevent stubble burning, one of the main causes of air pollution in Delhi-NCR during the coming months, the Delhi and Punjab governments will use the Pusa bio-decomposer – a microbial solution that can decompose paddy straw in 15 to 20 days – on 5,000 acres of farmland in Punjab, as part of a pilot project.