Violence against those struggling to protect the environment has increased globally, with at least 200 people murdered in 2016 alone. 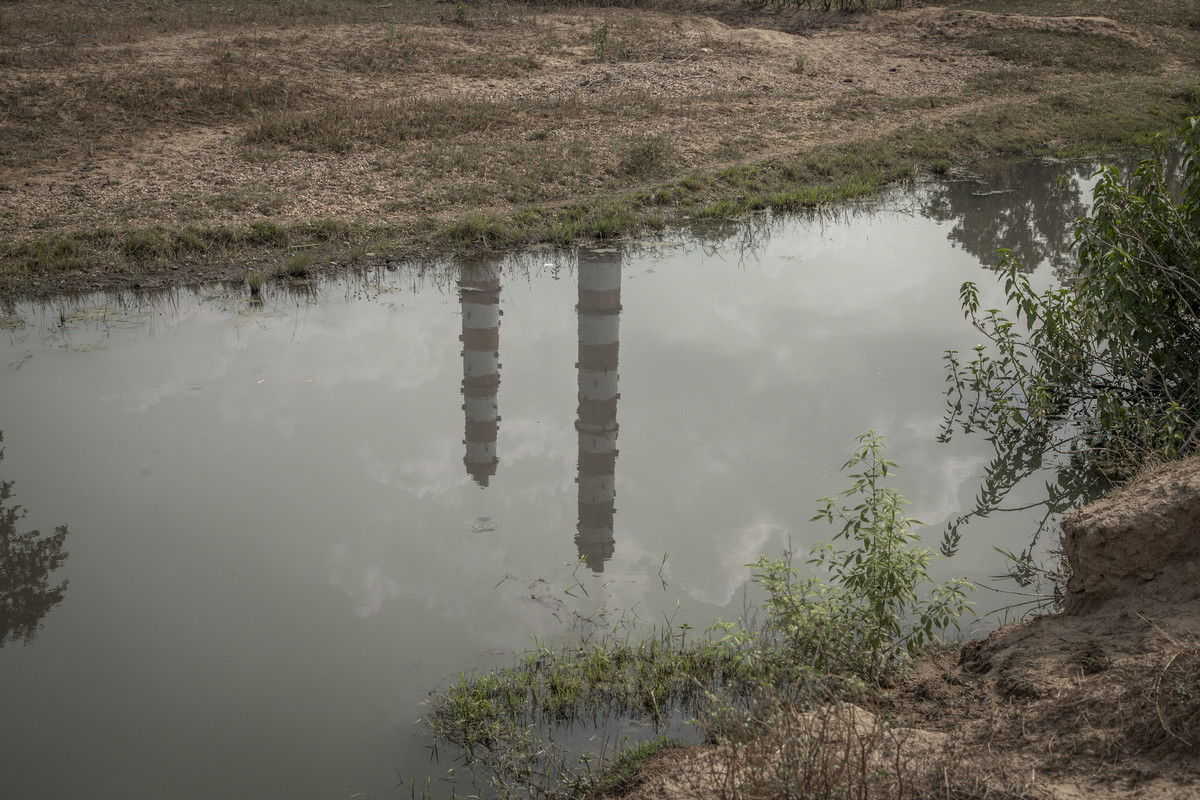 As local communities are ignored, the need for environmental activism is on the rise. Credit: Ravi Mishra/Global Witness

New Delhi: According to ‘Defenders of the Earth‘, a new report released by international NGO Global Witness, being an environmental activist is as dangerous as it is important – including in India.

The group has documented the murder of 200 people who were fighting to protect the environment in 2016 alone; that’s about four people every week. That, the group says, is a 10% increase from 2015. These deaths were spread across 24 countries, according to the report, as opposed to 16 in 2015. And this, the report says, is the bare minimum, given the number of incidents that may be going unreported. 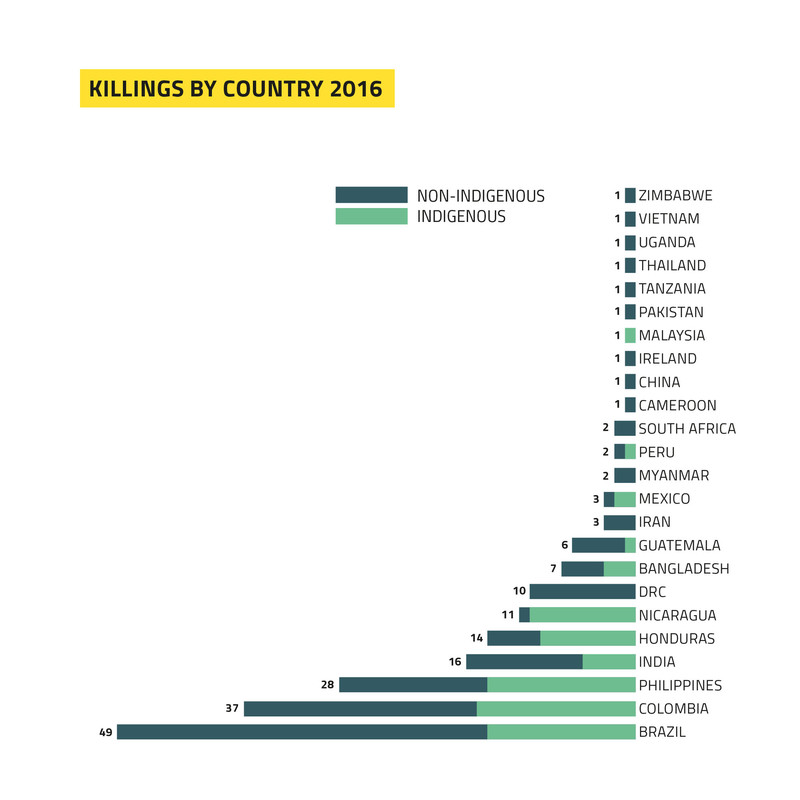 India has got a special mention in this year’s report as one of the country’s where the situation is getting progressively worse, along with Colombia and the Democratic Republic of Congo. Sixteen activists and Adivasis fighting for their rights were killed in 2016 (a list of names is provided), the report says, up from six in 2015. Most of those killed were a part of mining and logging industries, and the police are the suspected perpetrators in ten of the 16 cases. One such case, the murder of Manda Katraka of the Dondria Kondh tribe (who have been raising their voice against mining in the Niyamgiri Hills in Odisha) in February 2016 allegedly by police offices, has been highlighted in the report. When others tried to register a complaint against the police, they were termed Maoists.

Why this change? The worsening situation is due to the representation of environmental activists, including Adivasi groups, as ‘anti-development’ criminals, increasing police brutality and a clampdown on civil society using the Foreign Contributions Regulation Act, according to the report. “In India, they say we are Maoists and extreme leftists. But we are democratic, we are non-violent. […] I am branded as anti-development by the corporates, by the ruling class and by the police who say we are a threat to law and order,” Goldman Prize-winning environmental activist Prafulla Samantara told Global Witness.

“The [Narendra] Modi administration’s shrinking of civil society space is particularly disturbing when viewed in parallel to the government’s aggressive pursuing of foreign investment for large-scale infrastructure, power and mining projects, and apparent disregard of local, particularly indigenous, voices. Under Indian law, these communities must be consulted before any development project takes place. In practice, these rights are often cast aside,” the report says.

In Chhattisgarh too, police brutality is a major player in the threats faced environmental activists, the NGO says. Writer and activist Rinchin, who works with the Chhattisgarh Bachao Andolan, said a combination of land grabs, intimidation and criminalisation is making life very precarious for the local Adivasi populations. People’s demands are being ignored by both corporations and the government, she added, citing the example of the protests in the Tanmurh block, Raigarh district. Jindal Power Ltd, who used to own a power plant there, has been accused of duping villagers out of their land for the project. But the new owners, Southern Eastern Coalfields Limited, is refusing to take responsibility. Adivasi groups created a blockade outside the plant in protest. “When people stood their ground and would not leave, the SDM [sub-divisional magistrate] came and started shouting that he would penalise anyone he found on that spot and every outsider who was there… would be dug into the ground. Under massive pressure we had to take back our coal blockade with the promise that next day most of the demands would be met,” Rinchin told Global Witness. But not a single demand has been met till date. 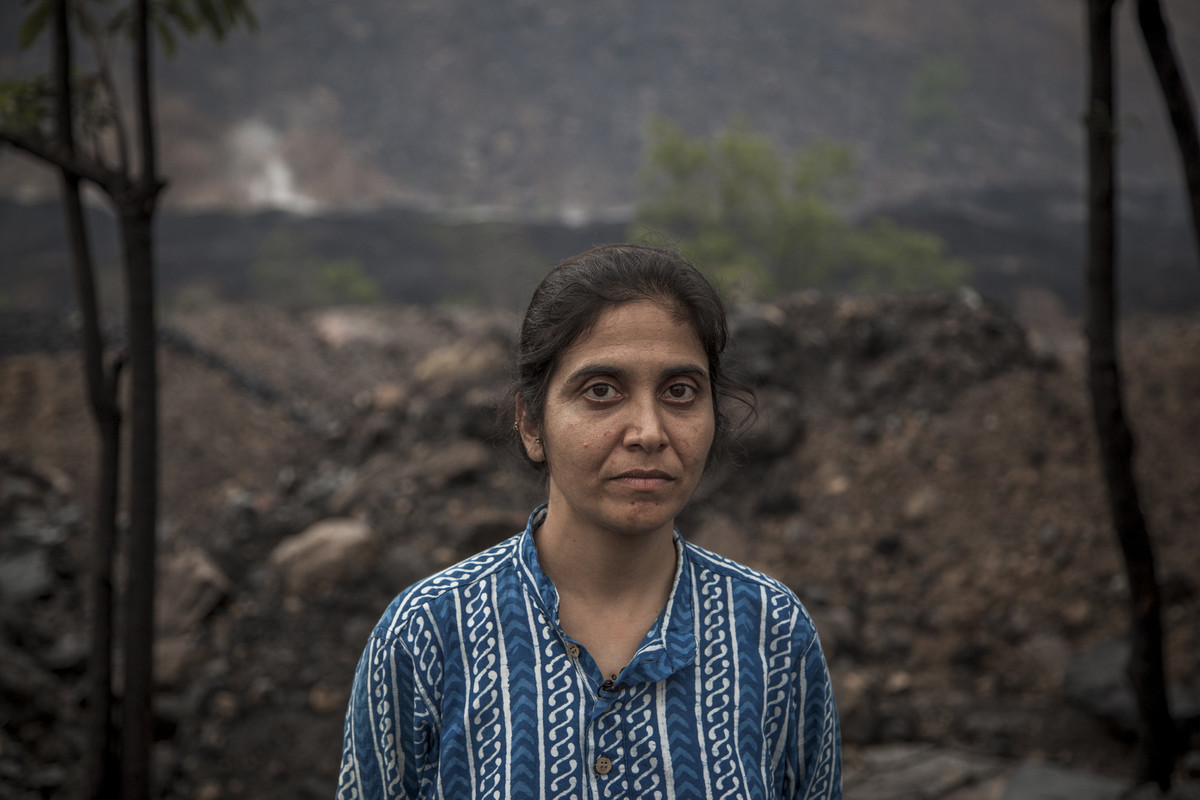 This global shift towards a more dangerous situation for environmental activists, the Global Witness report says, can be traced back to one important factor – a diminishing space for the voices of local communities who are most effected by large industrial projects. What this boils down to is “denying local communities the right to take informed decisions about the use of their land and resources”.

While people are left with no choice but to stand up and raise their voices against injustices, the report says, the stance of governments and businesses is hardening. The stakes for them are high – they’ve made investments, they want profits. “Time and again, this dynamic and its deadly consequences are played out globally. When communities are excluded from the beginning, they are more vulnerable to attacks later.”

What’s the solution? It already exists, though the world doesn’t seem to keen to take it seriously. International law – as well as domestic law in several countries, including India – details the rights communities have when it comes to the use of their land and natural resources. According to Global Witness:

“Projects should never begin or evolve without the free, prior and informed consent of affected communities. Local residents have the right to say no. They should be able to participate in critical processes such as human rights, environmental and social impact assessments for projects like mines, dams or highways. When governments fail to guarantee these rights, companies and investors have a duty to uphold them before pushing ahead.”

Though these rights exist, they are frequently ignored and violated. What is needed, then, is for investors and governments for realise that this to everyone’s benefit – and a much better response than violence and intimidation.