Why Dung Beetles Are the Unsung Heroes of Our Environment

In one example, for livestock farmers, dung beetles increase foraging palatability, check the breeding of pests and help recycle nitrogen through the soil. 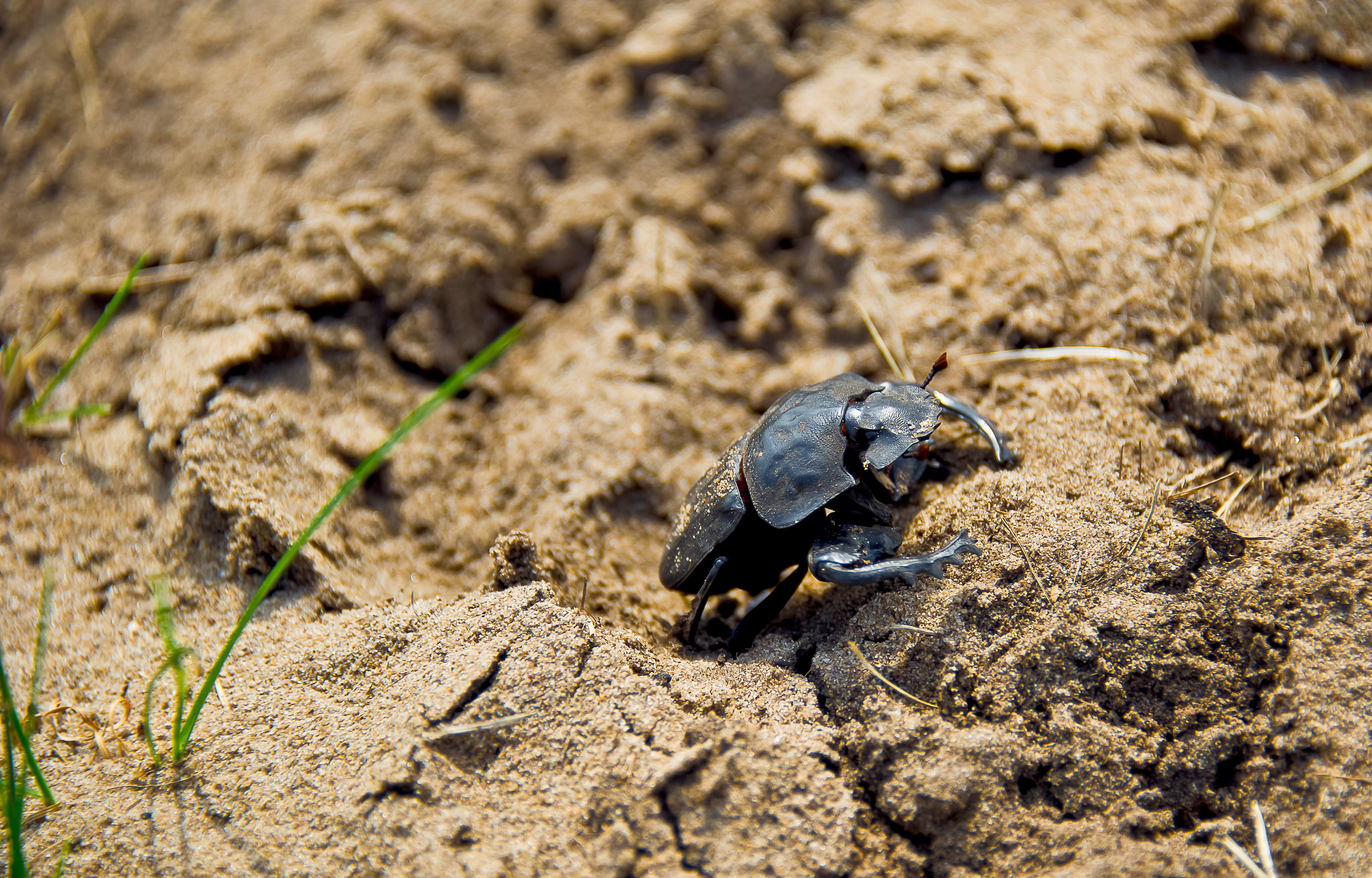 Ornithologists kept raising the alarm, yet very little attention was paid till the number of vultures became alarmingly low. The struggle to protect them is turning out to be a stupendous task. Now, the bugle for another species has been sounded – this time by the entomologists. For dung beetles. Like the vultures, the dung beetles are scavengers, coprophagous insects that feed on the faeces of animals (including humans). Their diversity and numbers have been on the decline. Is anyone listening?

In a 2005 paper, the scientist I.C. Mittal raised this issue: “Monitoring the diversity and conservation status of dung beetles is important because they play a critical role in recycling the organic matter in nature, but also because they are on decline now.”

In 2011, Simi Venugopal from Loyola College, Chennai, studied the diversity and community structure of the dung beetles in the semi-urban agricultural lands of the Malabar coast and found a decrease in diversity and a change in their community status. A year later, Sabu K. Thomas, an associate professor from St Joseph’s College, Calicut, and his students recorded species loss in five genera of dung beetles in the moist slopes of the Western Ghats in South India. The team concluded that “ these are vulnerable genera that may disappear due to habitat modifications occurring intensely in the region.”

Studies in other parts of the globe have also been unraveling a similar story playing out: the dung beetle’s diversity is falling.

Because of the effects they have on their ecosystem – and ours.

Based on their reproductive habits, the dung beetles are categorised as rollers, tunnellers and dwellers. The rollers make balls from dung pats and then roll them farther away, to a simple underground burrow. Here, the dung balls are buried for other beetles to feed and breed in. The tunnellers build elaborate underground chambers close to or beneath the dung pats using the fibrous parts from the dung. The dwellers live within the dung and breed.

This stratified living helps reduce competition for the precious resource that is the dung, at least to some extent. However, there are as many opportunists in this world of beetles as there are among humans. Some dung beetles are kleptoparasites, stealing dung balls at the first chance. The French naturalist Jean Henri Fabre has documented such behaviour extensively. In one case, according to him, the male that had helped a female roll the dung and had been expected to guard it tried stealing and running away with it. The female was busy digging a burrow to bury it. Watching the dung beetle’s antics can be quite entertaining.

For the beetles, dung is an ephemeral resource. They have to compete with members of their own community and with others, too, such as dung-eating flies. Some dung beetles prefer the coarse, fibre-filled dung of non-ruminants like primates, horses, dogs, swines and even humans – while others prefer the fluid-filled, fine variety of ruminants such as goats, sheep, camels, buffaloes and deer. There are even others that search specifically for the smelly excreta of omnivores.

For specialist feeders like the elephant dung beetle (Heliocropis dominus), which relies exclusively on elephant (sometimes gaur) dung, the competition is tough. According to A.R.V Kumar, a beetles specialist from the University of Agricultural Sciences, Bengaluru, there are at least a hundred other species of dung beetles that seek faecal matter of the same origin. And the decreasing population of elephants in the wild does not bode well. 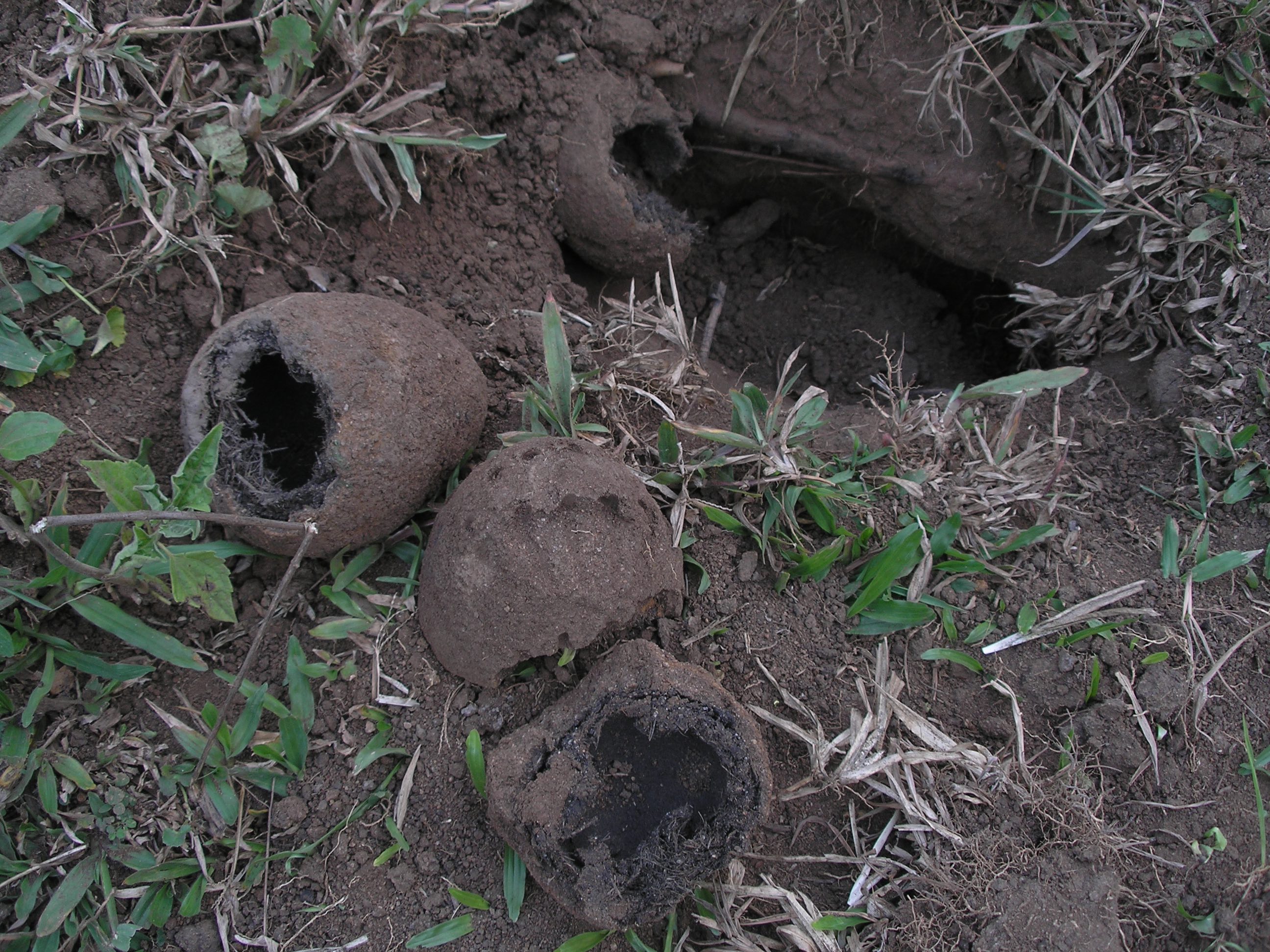 Elephant dung balls with marks of a bear that opened them to feed on the beetle grub. Credit: Geetha Iyer

Dung beetles influence the ecosystem in many ways. They help cycle nutrients in the soil when they bury the dung or carrion. By removing the dung, they prevent populations of parasitic flies from breeding in the fresh faeces of mammals. The dung of the fruit-eating vertebrates may have seeds – so the rollers act as dispersal agents, taking the seeds to places far away, providing it with nutrients from the dung for germination, and so helping with forest regeneration.

As they roll, dig and tunnel, their actions also ‘build’ the soil, changing the texture of soil particles, increasing porosity and percolation and shifting and distributing the microorganisms. No wonder then that the Egyptians revered the dung beetles while the Adivasi respected them*, aware that its lifestyle ensured their as well as the planet’s well-being by removing faecal materials that could otherwise become a substrate for the growth of disease-carrying flies and microbes.

A 2006 study estimated the economic gain in having dung beetles decompose cattle dung. For livestock farmers, they also increase foraging palatability, check the breeding of pests and recycle nitrogen.

Dung beetles range in size and occupy diverse ecological niches according to their dung-acquiring habits and reproductive traits. In addition to being species-specific feeders, many dung beetles are also highly habitat-specific, with distinct populations of species seen exclusively in forest, forest-edge or pasture ecosystems. They serve as indicator species for understanding or monitoring the impact of human-influenced changes in habitats especially forests.

As Mittal has written, “The loss of their habitat around urban and rural areas, and the altered food quality because of pollutants and increased use of cattle antibiotics, are the major causes for the decline of their diversity.” In 2015, a Mexican study on the toxic effects of ivermectin given to cattle showed that it affected the dung beetles negatively. Reproductive and survival rates fell. The beetles took away the dung more slowly, and the offspring developed more slowly as well.

Kumar also points out other issues. For one, native cattle is no longer favoured in India. Cattle owners trying to protect their less-resilient exotic breeds from diseases use drugs indiscriminately. This affects the dung beetle population. He also pointed to a somewhat similar situation with elephants. The dung quality of captive-bred and wild elephants differ. With conditions like drought alter the landscapes and food sources of animals, the dung-beetle population, according to him, becomes stressed.

Those who walk know that our roads continue to be littered by all kinds of poop: from dog and donkey to goats and cows. Most of the animal faeces disappear soon. How? Intent on ensuring we don’t step wrong, we often miss the small creatures present on them or dismiss them as flies. For the dung beetles, the lack of attention is a blessing in disguise. They can feed in peace. They have always deserved to.

*Based on interviews conducted by the author before 2011.

Geetha Iyer is a consultant in the field of education (science and environment) and the author of the book The Weavers: The Curious World of Insects.