Not Just Chennai, India's Drought Situation Is Far Worse Than We Realise

By the end of the last monsoon, it was clear that almost half the country would be heading towards a drought.

Karnataka is in the grips of an acute drought. Will the southwest monsoon save it? Photo: Nidhi Jamwal

The Chennai water crisis has suddenly spluttered all over television channels and media reports. ‘A city gone dry’, ‘man-made crisis’, ‘21 cities to run out of groundwater’, ‘no drips, no drops’, and ‘self-inflicted water scarcity’, cry out the news headlines. So much so that Leonardo DiCaprio, the Hollywood actor, recently took to Instagram to highlight the acute water shortage in the southern city.

There is no doubt that Chennai is facing a water crisis. However, there were clear signals of drought-like conditions not just in Chennai but across south India as early as the beginning of this year, and the same was reported by The Wire.

On January 16, the India Meteorological Department (IMD) released a ‘Statement on Climate in India during 2018’, which pointed out that rainfall during the last northeast monsoon season, between October and December, over the country had been “substantially below normal” – only 56% of the long-term average. And this, it said, was the sixth lowest since 1901.

The Met office had further noted that except for Kerala, all the other four meteorological subdivisions in the southern peninsula — coastal Andhra, Rayalaseema, Tamil Nadu and Puducherry, and south interior Karnataka — had received deficient rainfall. 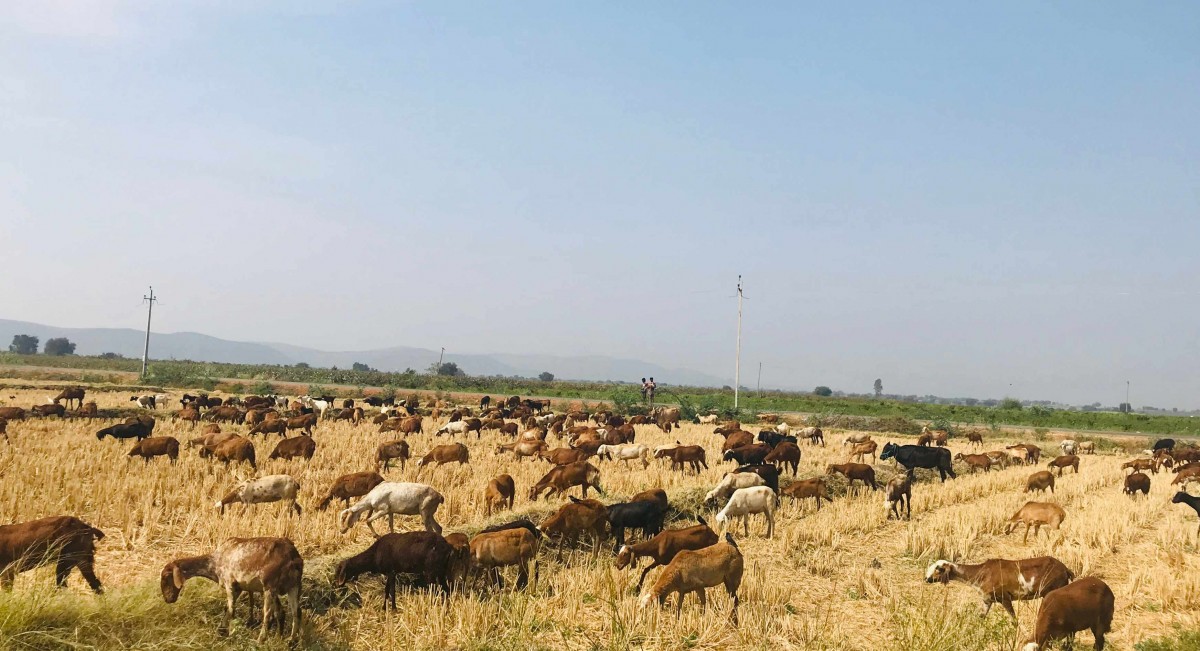 Even though the southwest monsoon is slowly picking up pace to cover large parts of the country, water woes in Chennai, and some other parts of south India may remain a matter of concern because these regions receive a major chunk of their annual rainfall from the northeast monsoon (October to December) and not the southwest monsoon (June to September).

For instance, Tamil Nadu and the Union territory of Puducherry, which together form one meteorological sub-division, receive almost 50% of their annual rainfall during the northeast monsoon season, which is still three months away.

But even if we were to look beyond Chennai, the water scenario is anything but comfortable across the country. As per the South Asia Drought Monitor, maintained by the Indian Institute of Technology Gandhi Nagar (IITG), at present, more than 44% area of the country is facing drought-like conditions, of which over 17% is facing ‘severe dry’ conditions (see map). Several of these areas are facing successive droughts and may not recover even after a ‘normal’ monsoon this year.

Last year, both northeast monsoon and southwest monsoon rains were ‘below normal’, which is why drought conditions are now being seen in large parts of the country.

The drought conditions were further aggravated when this year’s pre-monsoon season, March to May, registered a cumulative rainfall departure of minus 24% (see graph).

Pre-monsoon rainfall between March and May in 2019. Source: India Meteorological Department.

Against the normal onset date of June 1, the southwest monsoon arrived over Kerala on June 8 this year. Thereafter, the progress of monsoon has been slow. It hit Mumbai only on June 25, the most delayed it has been in the last 45 years.

As of June 26, of the total 36 meteorological subdivisions in the country, 31 are in ‘deficient’ and ‘large deficient’ rainfall category. So far, there is a deficit of minus 36% rainfall in this southwest monsoon season. 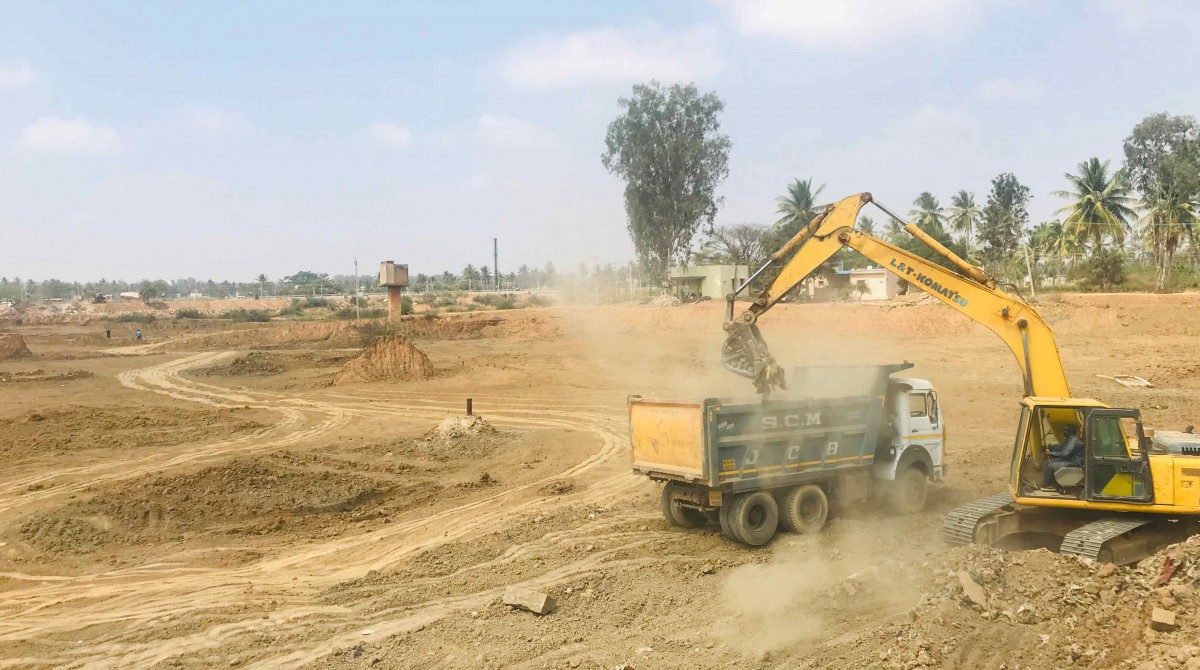 A traditional tank on the outskirts of Bengaluru being desilted to capture rainwater and help recharge groundwater. Photo: Nidhi Jamwal

Karnataka is also facing an unprecedented situation. It has declared drought in 100 talukas spread across 24 districts. The state faces an estimated loss of Rs 16,500 crore.

Last November, Jharkhand government had declared 126 blocks in 18 districts as drought-hit and sought a relief package of Rs 8.16 billion from the Centre. Jharkhand has a total of 260 blocks in its 24 districts. Thus, half the state is in the grip of an acute drought.

A month later, in December, Gujarat government also declared 3,367 villages under 51 talukas of its 16 districts as drought-hit.

Other states such as Bihar and Andhra Pradesh have declared drought, too. 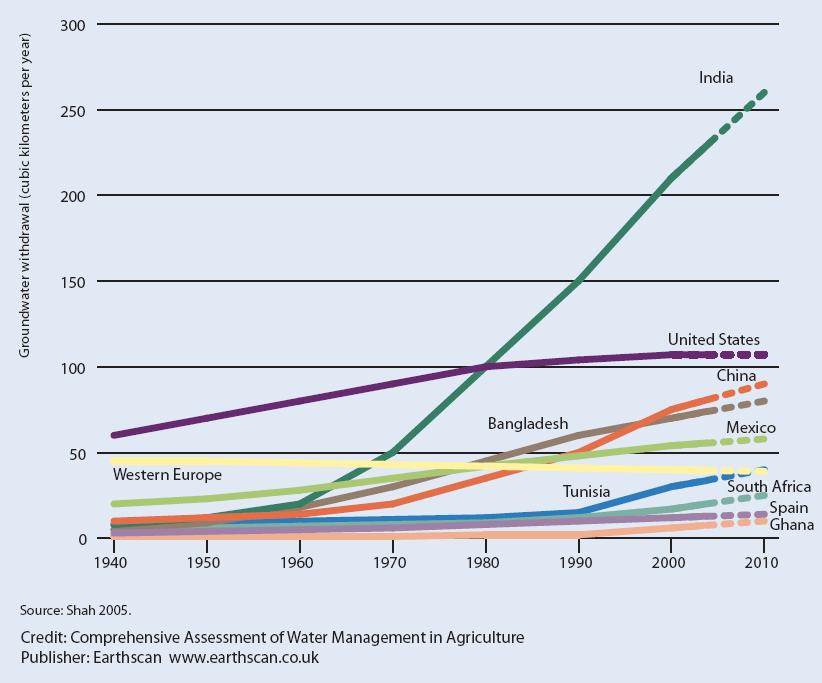 Experts point out that the drought has turned acute not only because of poor monsoon rainfall last year, but also due to mindless extraction and mismanagement of groundwater. Villagers in drought-hit Marathwada narrate how even during the worst drought 0f the early 1970s, the situation was not this critical because even if no water fell from the sky, there would plenty of water under the ground.

Now, there are pockets in Marathwada where no groundwater can be found even at depths of 1,000 feet. Several villages have turned into ‘ghost villages’. People have locked their houses and migrated due to lack of water.

In spite of the wide spatial spread of acute drought across the states, the situation has not received the kind of attention it deserved from as early as the end of the last southwest monsoon.

By the end of the last northeast monsoon season, it was clear that almost half the country would be heading towards a drought. Management of existing water sources could have averted the present water crisis.

All eyes are now set on the southwest monsoon, which is delayed and is slowly picking up pace. In its second long range forecast issued on May 31, the IMD had forecast a ‘normal’ monsoon rainfall of 96% of the long period average (LPA) over the country as a whole with a model error of plus or minus 4%.

The LPA is the weighted average of rainfall that India has received in the southwest monsoon season (June to September) from 1951 to 2000, and is pegged at 89 cm.

The southwest monsoon season is almost a month in and the country already has a rainfall deficit of minus 36%. Even if the monsoon now picks up pace, farming in the southern peninsula are expected to be affected due to delayed sowing, as a large number of them are dependent on this rainfall for farming.

Last year’s below normal southwest monsoon rainfall, followed by deficient northeast monsoon rainfall, and this year’s drought situation across half the country is a brutal reminder that both the government and the people must work together and conserve every drop of rain that the two monsoons shower on our lands every year.