Politicians and bureaucrats want to shift the blame to their rivals across the border. It allows them to avoid the responsibility of dealing with domestic regulatory failures. 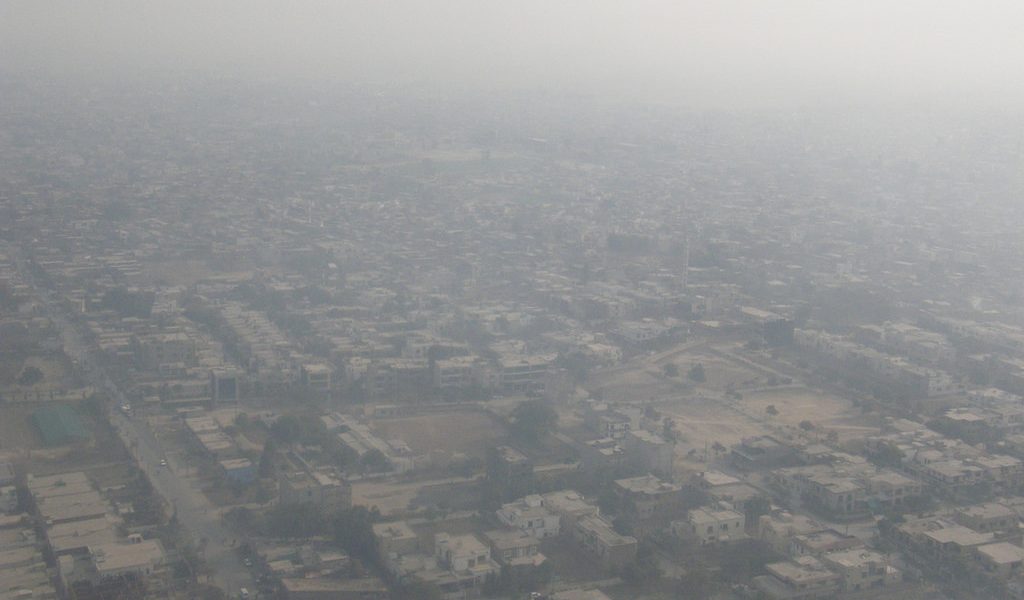 Not much can be said for unity between India and Pakistan.

However, children on both sides of the border are being sent home sick this month, coughing up phlegm and suffering from respiratory infections. And their parents are blaming each other for causing it.

Lahore and Delhi are vastly different cities and often at loggerheads. At the same time, they often share the distinction of being two of the world’s worst polluted cities. The subcontinent’s air has become more polluted over time and has, in recent years, come out with a vengeance. Through the fall and winter, a smoky haze – if not a smog – blankets almost all of the subcontinent’s north, unmindful of borders. Delhi and Lahore both suffer.

This tinderbox has various causes. Among other things, it includes a recent construction boom, more vehicles on the road, unregulated industrial complexes in peri-urban areas, more coal power plants in the Punjab and the burning of crop-residue and garbage. The proverbial lack of oversight lights the match.

It chokes, blinds and heralds a myriad diseases, ranging from a recurring sore throat to life-threatening respiratory ailments.

And as usual, when confronted with a complex issue, the people of the subcontinent would rather retreat into mutual animosity than confront the actual threats.

When a smog hit in Pakistan in 2016, the government scrambled for answers. They were eventually – and conveniently – found in Delhi’s smog, farmers burning  crop-stubble in Indian Punjab and Haryana and Diwali firecrackers, and the international attention they received. Pakistani politicians jumped at the opportunity and shifted the blame across the border, towards the all-too-familiar Indian bogeyman.

Two years on, nothing’s changed. Malik Amin Aslam, adviser to the prime minister on climate change, recently said, “We are concerned about the menace of smog coming in from across the border.” When Pakistan’s Environmental Protection Agency  was asked to tackle it, it suggested setting up a monitoring post at the border.

Muhammad Saleem, an environmentalist at the ministry of climate change, claimed “Pakistan’s own contribution” is minimal and that up to 70% of it could from across the border.

Politicians and bureaucrats want to shift the blame to their rivals across the border. It allows them to avoid the responsibility of dealing with domestic regulatory failures.

Blame has also been shifted to impoverished brick-kiln workers, the most vulnerable local contributors. The government instituted a major reformative measure this year by shutting almost all brick kilns ahead of the smog’s onset. Not surprisingly, the pollution level stayed near the all-time high. In November this year, Lahore became one of the most polluted cities in the world.

At the weekly Sunday market, where people of various class backgrounds come to shop, many – it seemed – had bit the propaganda bullet. “This is coming from India, they don’t want us to breathe,” declared a clearly agitated Chaudhry Naeem, a 52-year old lawyer. “First they block our water with illegal dams, now they want us to choke to death.”

But when pressed to think about local contributors, the responses were divided by class and car ownership. Affluent middle-class and rich interviewees blamed brick kilns, local farmers and India. Working class interviewees blamed the population of cars and other automobiles.

According to a Gallup analysis of Bureau of Statistics data, the number of cars registered in Pakistan increased by 268% between 2000 and 2015.

“Pollution? We have learnt to live with it,” said Shaguftah, who works three jobs as a maid in a posh gated-community nearby. “What can we do about it? We have to leave the house daily to work or our kids will not eat for the day.” Maryam, also a maid, added, “Those of us who cannot afford an air conditioned car are paying the price.”

To Atif Hassan, a member of the Punjab Urban Resource Centre, the biggest contributor is the region’s “ill-considered transport policies”.

According to him (and a scientist and a rice-exporter), the rice species sowed in Pakistan takes a month longer to mature. So satellite images of burning crops in India don’t show crops burning in Pakistan, which does happen a month later.

“That is why those images showed very few fires. Take a look at the same area a month later and you will see the same number of fires on this side of the border.”

Crop burning in the Indian Punjab is undoubtedly significant. However, its impact appears to have been exaggerated in a rush to blame external factors.

Also read: Water for Over 50 Million in Pakistan Contains Dangerous Levels of Arsenic

Car-sharing apps like Careem and Uber promised fewer vehicles on the roads. However, the number of private vehicles has only climbed. Between 2016 and 2017, 70% more used cars were imported into the country, and the number likely grew in 2018.

But the smog problem isn’t as straightforward, whether in Lahore or in Delhi. Pinning the blame on just one or two culprits allows many other troublemakers to get away. One of them is the government, and it is often spared the pressure of public accountability.

In time, the problem becomes very knotty. “Global warming is heating up the region, making it more arid. It’s not just chemical toxins – the smog contains a great deal of fine dust particles,” Tabitha Spence, an environmental scientist at the Lahore School of Economics, told The Wire. “Dust is blown up year-round from the encroaching deserts, a situation similar to the one Beijing faces with the Gobi desert.”

According to her,  the air quality had been dangerously bad for many years but it was mostly unnoticed. Then, a shifting climate delayed the arrival of the westerlies; they used to disperse the smog before it could settle. “Human activity hand-in-hand with global warming is creating a feedback loop, which creates a runoff effect. The problem scales exponentially as time progresses.”

What could actually save the subcontinent is India and Pakistan working hand-in-hand. As Hassan put it, “They will live and die together.”

Prime Minister Narendra Modi and his Pakistani counterpart, Imran Khan, have many things to discuss. Climate change should get on top of that agenda, if only because it doesn’t care for the electrified fence between their territories.

Emaan Majed is a Pakistani-American writer and medical student. She has written for Salon, Talking Points Memo and Muslimah Media Watch, and currently writes for The Friday Times.