Delhi Hits 48º C on Monday, Highest Ever in June

The heat wave is likely to persist, the IMD said.

Coal tar melts on a Delhi road due to the heat on Monday. Credit: PTI/Manvender Vashist

New Delhi: The mercury shattered all records in Delhi on Monday with parts of the national capital registering 48 degrees Celsius, the highest for the month of June.

The all-time record for the city is of 48.4 degrees Celsius, recorded by the Palam Observatory on May 26, 1998, Devendra Pradhan, additional director general of the India Meteorological Department said.

“The Palam Observatory recorded an all-time high for the month of June at 48 degrees Celsius on Monday. The factors that led to this are dry westerly winds, no effect of a western disturbance in the plains and intense heating in the month of June,” said IMD’s regional weather forecasting chief Kuldeep Srivastava.

Also read: Heat Waves Could Kill – Partly Thanks to an Outdated Definition

“Southwesterly winds on Tuesday may cause the temperature to drop by one or two notches. However, the heat wave will persist,” he said.

The temperature in the Palam area is always one or two notches more than that at the rest of the places as emissions due to high aviation activity also adds to the heat, Srivastava said.

The Safdarjung Observatory, which provides official figures for the city, recorded a high of 45.6 and a low of 27.2 degrees Celsius.

The weather stations at the Delhi Ridge, Ayanagar and Lodhi Road recorded the mercury at 47.9, 47 and 46 degrees Celsius. 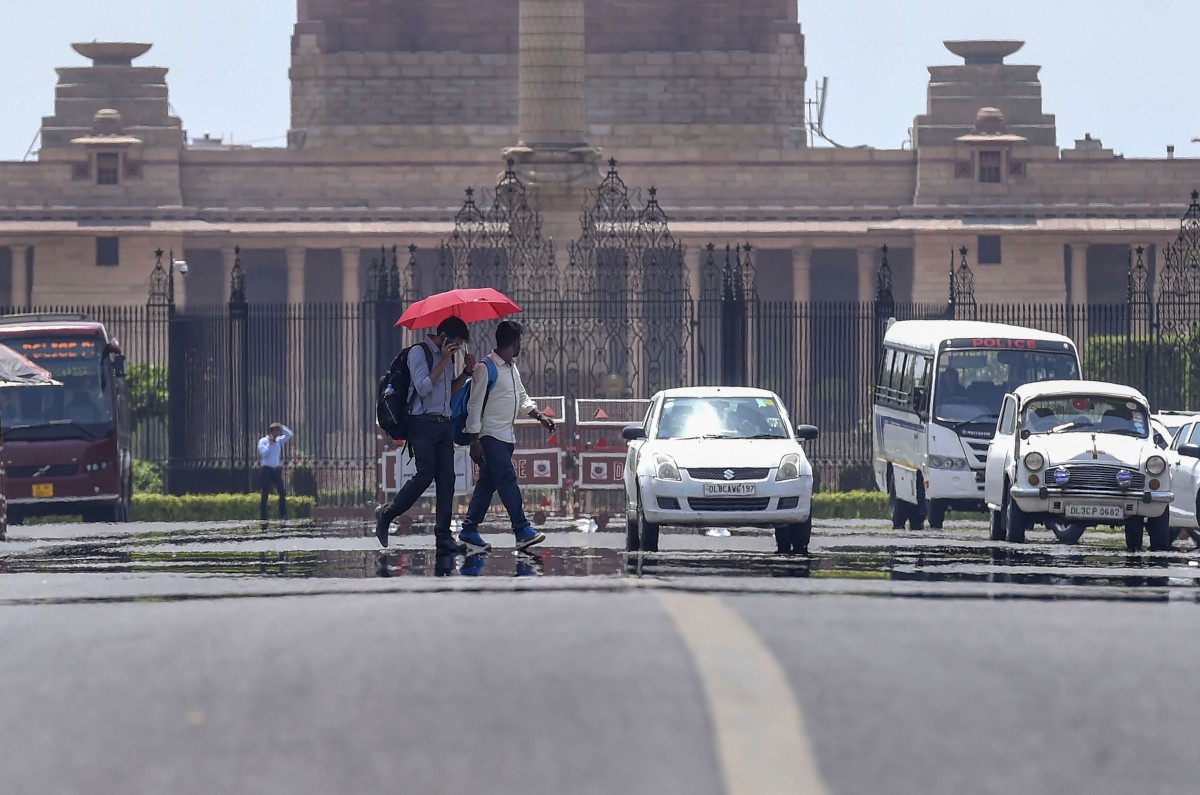 Private forecaster Skymet Weather said, “This significant rise in the day temperatures is the result of unabated flow of hot and dry winds from northwest direction.”

Hot dry winds – loo – swept the city, aggravating the woes of people who had to venture out for work.

There is a rise in the number of patients visiting emergency wards at AIIMS and Safdarjung too, doctors said.

At various Delhi government-run hospitals too, more patients are coming with heat-related complications but nothing worrisome so far, doctors added.

Power discom officials said that due to the oppressive heat, the peak power demand rose to 6,632 MW at 3:42 pm on Monday.

However, the season’s highest demand was recorded at 6,658 MW on June 6. This year, the highest peak demand is expected to cross the 7,400-MW mark, they said. Last year, the power demand breached the 7,000-MW mark for the first time in the city – peaking at 7,016 MW, they added.

No immediate relief is expected from the ongoing severe heat wave conditions over Delhi-NCR during the next 24 hours.

However, a deep depression in the Arabian Sea, that is likely to intensify into a severe cyclonic storm, is expected to bring relief thereafter, Skymet said.

“Relief from heatwave in sight for North West India including Delhi and NCR. Pre Monsoon activities, in the form of Dust-storm and rain will commence from June 12th. May occur on and off until 14th (sic),” Mahesh Palawat, vice president meteorology and climate change at Skymet Weather, tweeted.

A “red-colour” warning stands for the national capital for Monday.

In large areas, a heat wave is declared when the mercury touches the 45-degree mark for two consecutive days and a severe heatwave is when the temperature soars to 47 degrees Celsius for two days on the trot, according to the IMD.

In small areas, like the national capital, a heatwave is declared if the maximum temperature is recorded at 45 degrees Celsius even for a day, it said.