In Delhi Lies a Forest Uprooted

Why is it that 170 years after we started training foresters, we still have a cadre that knows and cares so little about natural habitats in their remit? 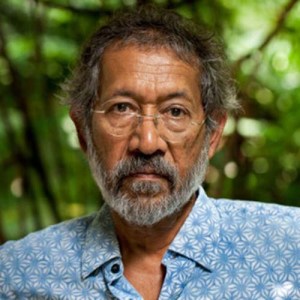 On the morning of April 4, I visited a little-known but curiously interesting semi-wild patch of forest abutting the Dera Mandi village in south Delhi with my friend Vijay Dhasmana. An immense pile-up of alluvium – more than 80 feet high in places – makes this landscape look like a miniature version of Chambal’s dakoo ravines.

Below the substantial layers of soil, lies the rocky ridge but there were no signs of any rocks there except at the margins.The pile-up of alluvium – exactly like the Chambal’s – is the unmistakable signature of an ancient river losing momentum and depositing its load of silt year after year, for a very long period.

And what might that river be? We know that the Yamuna has ‘drifted’ many hundreds of kilometres eastwards in geological time, so there is little doubt that it was the Yamuna that kissed the southern part of Delhi’s Ridge and left its calling card, before mustering up the strength to, somehow, go around Wazirpur and trickle down towards the east of the Ridge. 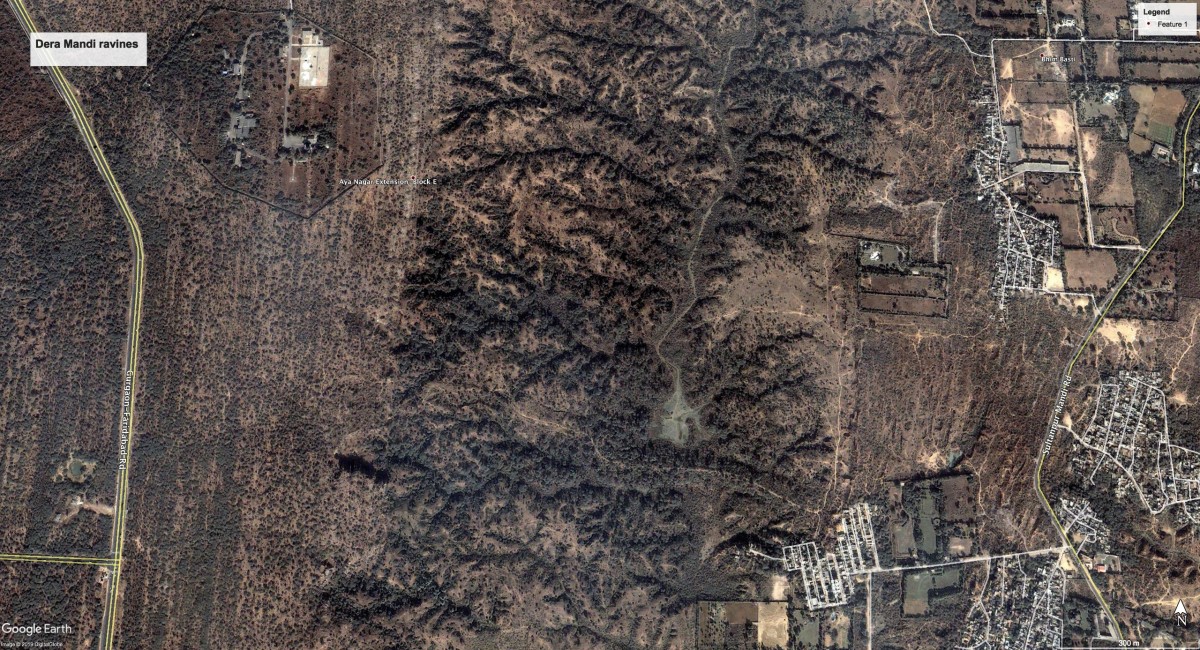 I first explored the Dera Mandi area around 2004, when I noticed that it housed lots of plants not seen anywhere else on Delhi’s Ridge. Khejadi and desi babool trees grow favourably here and even though they are not rare per se, they are conspicuously absent from thin rocky soils elsewhere on the ridge. 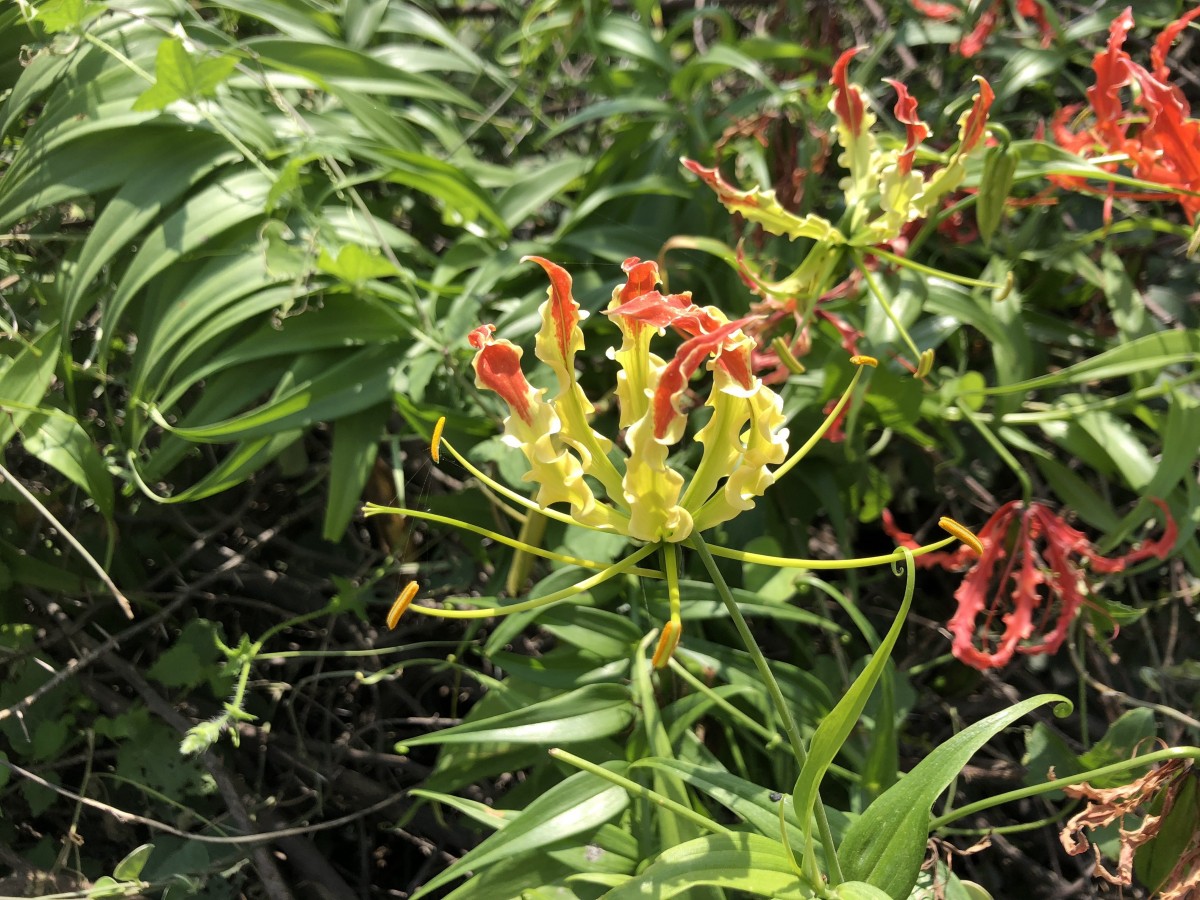 Also present here is a roster of trees, shrubs and herbs identical to or with close affinities to plants from the sandy desert habitats further west. Our botanical explorations were crowned when we found the magnificent glory lily (Gloriosa superba) and a dainty umbellifer called Psammogeton biternatum growing here. We counted over 14 unique plants here – unique, to the National Capital Region (NCR).

Because of its distinctiveness as a habitat of sandy ravines in Delhi, I have led many walks here over the years with nature enthusiasts. Dera Mandi forest is not a pretty sight when you first enter. You need to thread your way through the Mandi village onto a dilapidated tarmac road running along an old bund. 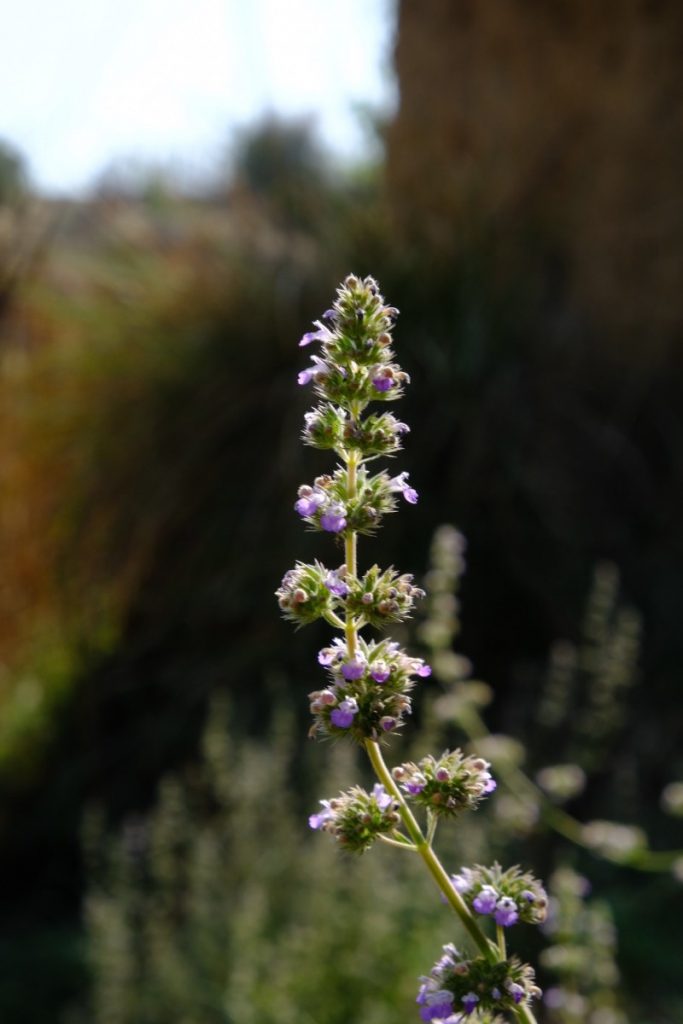 From there, footpaths lead steeply down towards an ephemeral lake that is empty most of the time, and the ubiquity of the vilaiti kikar is not just depressing and ugly but also risky and dangerous. It is only when you scramble up beyond the first big vertical wall of sand that you begin to appreciate the top shelf of a maze of mystifying ravines. Flowing water has riven deep channels through the alluvium and from here on, it’s lots of fun to search for narrow (nilgai-made) paths winding down to the bottom and to discover new plants. Or even to get lost.

My trip with Vijay was about trying to re-find an elegant wild sage called Salvia aegyptiaca. This pretty herb has a natural range stretching through arid lands to the west, through Iran and Afghanistan into North Africa, and this is the only place in the NCR where I’d found it. We last saw it in flower many years ago and now we wanted to find out if this was a time of year when it might be possible to collect seeds. (It wasn’t.)

But we hadn’t bargained for a big surprise – as we stepped onto the bund, we saw huge tracts of the forest clear-felled and flattened. Thousands of trees had been uprooted with their tangled carcasses swept and piled up to one side. Thousands of closely spaced new pits had been created and planted with young saplings.

What was going on?

Three years ago, almost to the day, I had brought Delhi’s deputy chief minister, Manish Sisodia, to look at this forest. He had called me in to enquire about ideas regarding what the new state government could possibly do in Delhi (vis-à-vis its natural areas) and I told him about the Dera Mandi forest and said that it would be wonderful to undertake a careful ecological restoration of this entire tract. 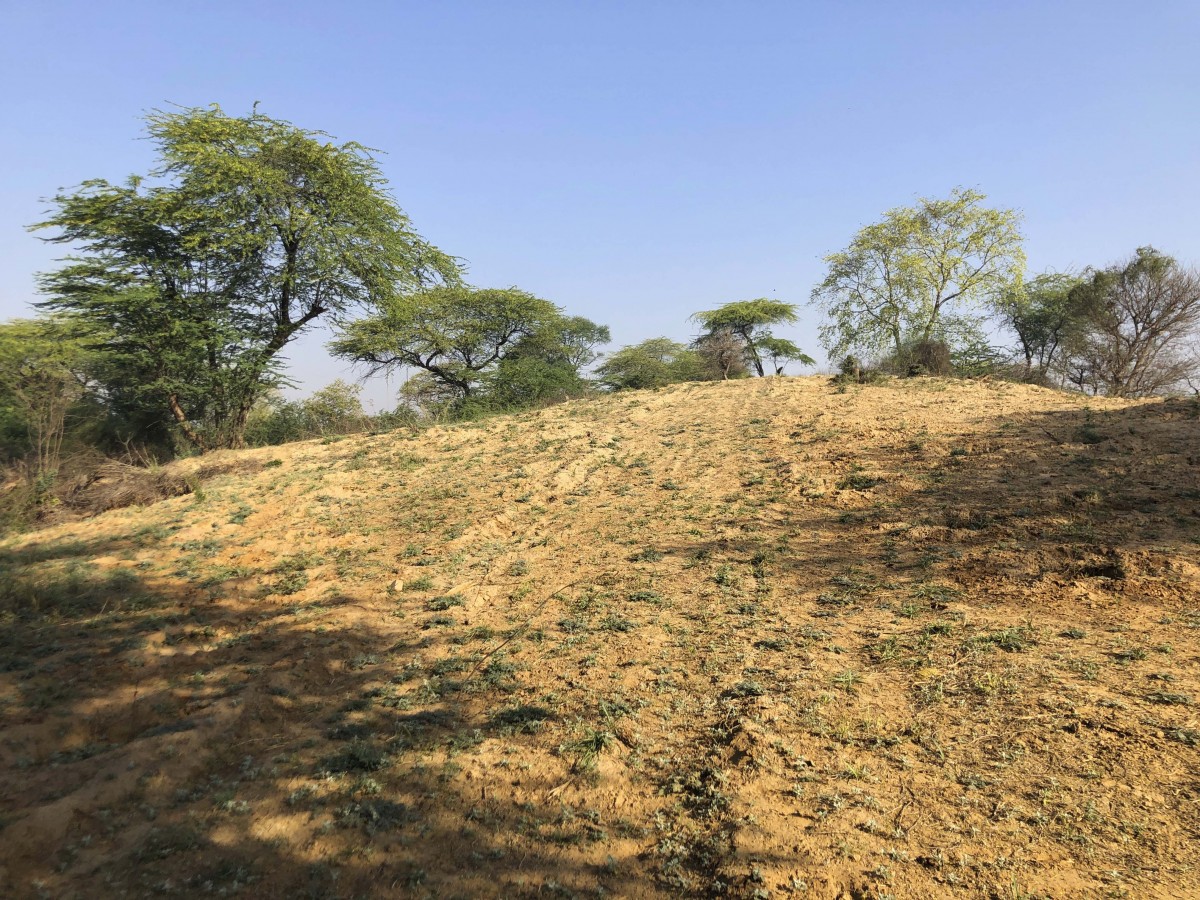 A part of the forest shaved clean. Credit: Pradip Krishen

I was impressed that Delhi’s deputy chief minister bestirred himself early on a Sunday morning to tramp through a thorn forest in blue sneakers. Behind him followed the minister for Delhi’s Department of Environment in a spotless white kurta-pyjama, and a somewhat grumpy-looking Conservator of Forests who was probably visiting Dera Mandi for the first time.

At the end of his visit, Sisodia was enthusiastic and saw an opportunity to involve the villagers of Mandi to grow, tend and plant suitable native species and protect the forest. It can be a model we could implement in other areas, he said, and will provide livelihoods for the villagers and give them a stake in protecting the forest.

We agreed, but was it terribly naïve of us to be disappointed when nothing at all came of it? This is not the kind of undertaking that Delhi’s Forest Department is likely to understand or support.

But what was this huge new development that confronted us three years later? Was this an independent initiative by the Forest Department to remove the invasive vilaiti kikar and replant the whole forest? Removing the vilaiti kikar was a good objective but were they going about it the right way? This invasive South American plant is notoriously difficult to eradicate and coppices vigorously if it is cut too shallowly. 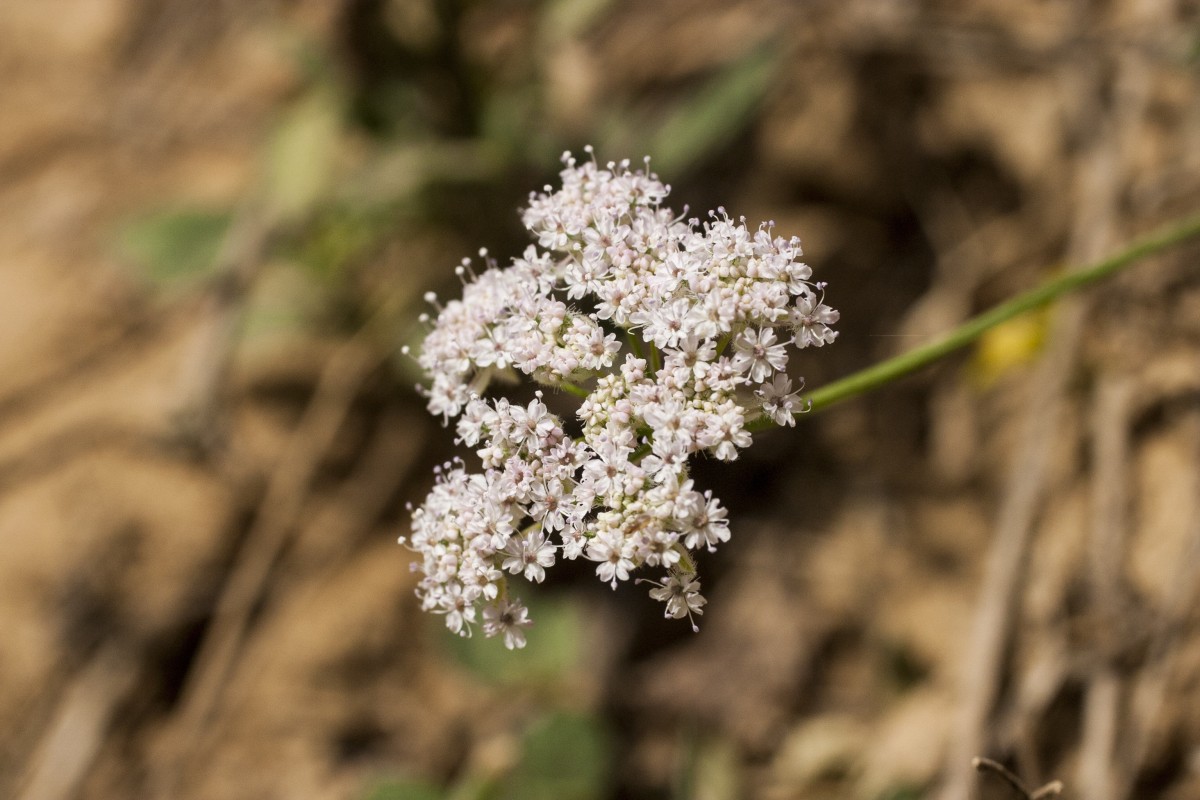 Besides, what species had the department planted in its stead? Were the new species well suited to a micro-habitat that was so different from anything else in this region? Would all the new plants grow unassisted in alluvial dunes, or had the Forest Department made the old mistake of planting exotic or ornamental species that were not at all appropriate?

We would soon find out. As we walked on identifying the young saplings, it became clear that this was like an object lesson in what not to do.

The first straight line of saplings was ‘jungle jalebi’ – an exotic tree from central and south America called Pithecellobium dulce. Was the department, perhaps, under the impression that the epithet ‘jungle’ signified that it belonged to our wild areas?

Here’s a chart that should make it easy to assess the quality of the list:

It was obvious that the replanting strategy was not a well-thought out one.

There is a conspicuous assemblage of plants in Dera Mandi that are superbly adapted to growing in this special micro-habitat: khejadi, babool, chamrod, chudel, ronjh, semal, kummatth, dhak, kankera, arna, bistendu, bilangada, hingot, roheda and kair are just the outstanding ones which form a successful community of ‘psammophytes’ – plants adapted to growing in deep sand that offers little resistance to their roots.

All these trees are part of a quintessential desert community, but one used to a little more rainfall than western Rajasthan has to offer. Witness the presence of semal, anjeeri (Ficus palmata) and bistendu in Dera Mandi, trees which do not grow in the desert.

Now how many of these plants had the Forest Department planted in its new-found enthusiasm for Dera Mandi? 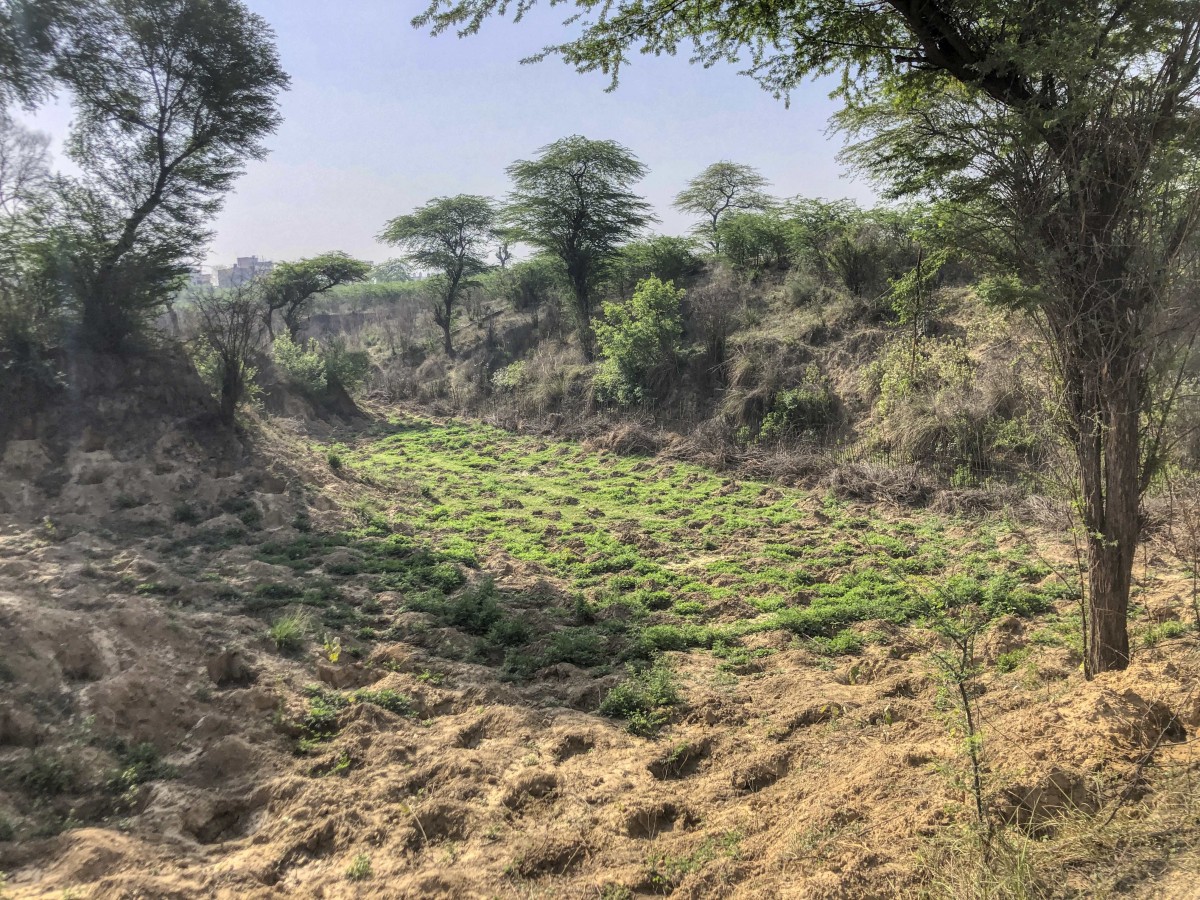 Whichever way you look at it, it is not a list that shows any sensitivity to the distinctive qualities and character of this tract. The more we tramped through the forest – especially on higher ground, where it was clearly easier for a JCB to do its job – we came across heart-sinking signs of devastation.

The big earth-moving machines had brushed away everything in their paths, including thousands of native trees and shrubs that were doing just fine before. An entire natural habitat was being swept away to make room for trees that were unlikely to survive. 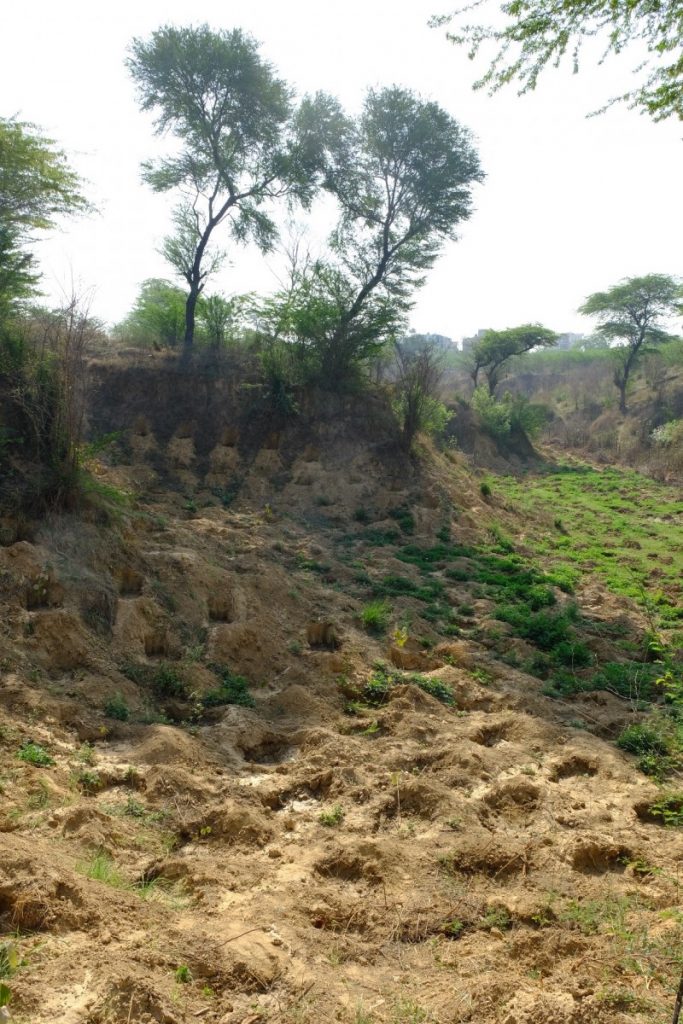 As we were leaving, we came to a guard hut and spoke to one of the caretakers, Pramod Kumar from the Eco-Task Force, and we learnt that it was this wing of the Territorial Army that has been tasked with the job.

Why haven’t you planted any native trees, we asked him. “Oh, but we have,” he said, “Neem, peepal, shisham, jungle jalebi…”. It didn’t seem worthwhile to us to teach him what was considered ‘native’.

“How do you decide what to plant?” we asked. He told us that all the plants were sent in by the Forest Department.

“My job is just to go out and put in whatever they send me,” he said. We asked him about the smaller plants – grasses and shrubs – many of which like the trees are unusual or even rare in Delhi’s Ridge forests. He looked around and smiled, as if this was an absurd question.

This is how, bit by bit, Delhi’s remnant of natural habitats are being dismantled and lost. There wasn’t a lot to begin with. I suppose it’s possible to argue that in the balance of things, Dera Mandi’s special habitat isn’t of great importance. This forest hardly attracts any visitors and there are bigger, human-scale problems to deal with in this swarming, flailing city.

But is it too much to expect that a Forest Department respond appropriately to the character of a natural habitat in order to plant new species suitably? Why is it that 170 years after we started training foresters, we still have a cadre that knows and cares so little about natural habitats in their remit?

Should we raise our voices in anger and protest? Or let this one go too, down the drain of the Department’s poorly conceived initiatives?

I leave it to you to decide.