In Imposing a Partial Ban on Crackers, SC Has Put Right to Life Over Religious Freedom

With Delhi’s air reaching hazardous levels, one hopes the apex court’s validation of the precautionary principle and rights under Article 21 will form the bedrock for stronger action in the future. 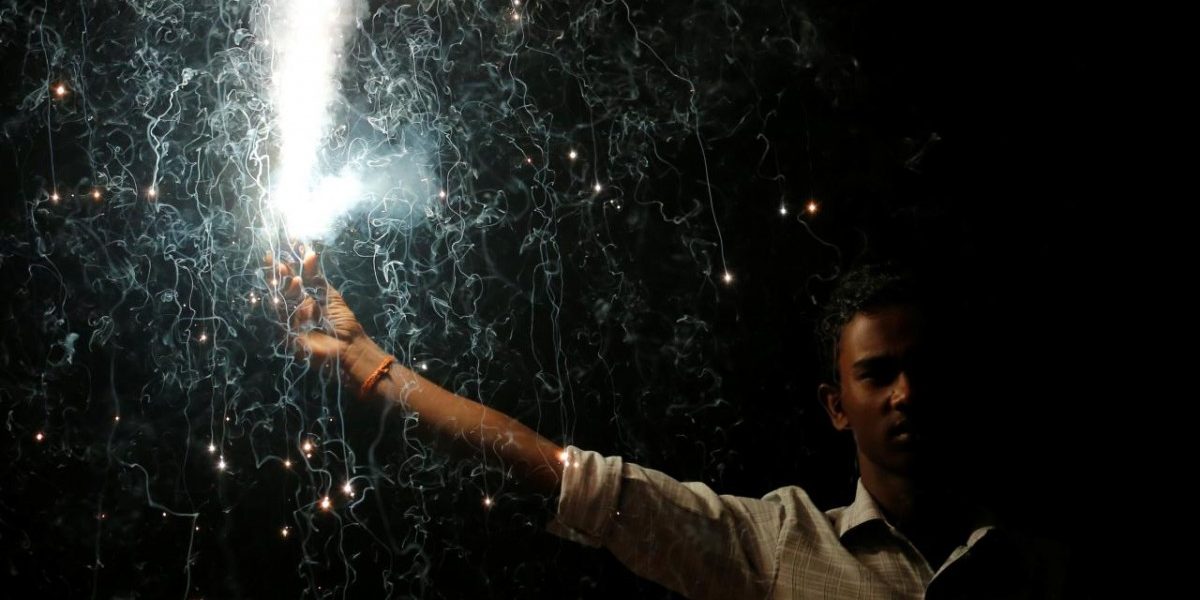 In the face of political inaction, and the geographical complexities of Delhi’s pollution crises, the residents of Delhi have often had to turn to the judiciary for solutions. Credit: Reuters

This Diwali, some public-spirited petitioners have managed to get a partial ban on firecrackers from the Supreme Court. It’s challenging to compute precisely how much crackers contribute to Delhi’s toxic air since Diwali coincides with the period when farmers burn crop residue in neighbouring Punjab and Haryana. The capital city’s geographical location, combined with the weather conditions at this time year, often leads to the effects of these farm fires lingering in the air for several days.

Additionally, vehicular emissions and dust emanating from construction are other causes of air pollution in play all year long.

Some parties opposing the ban on firecrackers argued that they are not the sole reason behind the pollution and that there was inadequate statistical data on the extent to which firecrackers contribute towards both air and noise pollution. But these were simply not deemed compelling enough reasons for the Supreme Court to take a hands-off approach on the issue.

In rising above the “whataboutery” that often characterises debates on air pollution in Delhi-NCR, and choosing instead to proactively regulate the use of firecrackers during festivals like Diwali, the apex court applied the well-known “precautionary principle”.

Also read: For Its Great Air Quality, Delhi Should Never Have Thought of Cutting Trees

The court fell back on the Vellore Citizens Welfare Forum case, which elucidates the principle in three parts. First, the government and statutory authorities must “anticipate, prevent and attack the causes of environmental degradation”. Second, when threats of serious and irreversible damage exist, the lack of scientific certainty should not be made the basis for postponing measures to prevent environmental degradation. And third, the burden of proof must be placed on the entity engaging in the potentially environmentally degrading practice to show that its action is harmless to the environment.

This case was important for reading the precautionary principle into India’s constitutional and legislative landscape, including Article 21 of the constitution, which guarantees the protection of life and personal liberty.

The rationale for this principle is that certain human interventions could have an impact on health or the environment that may be both negative and irreversible in nature. Given the severe, and potentially irreversible health hazards resulting from the use of firecrackers, the mere absence of scientific certainty, or the insufficiency of data on the exact impact of firecrackers on Diwali, weren’t deemed valid grounds for not intervening in their regulation. 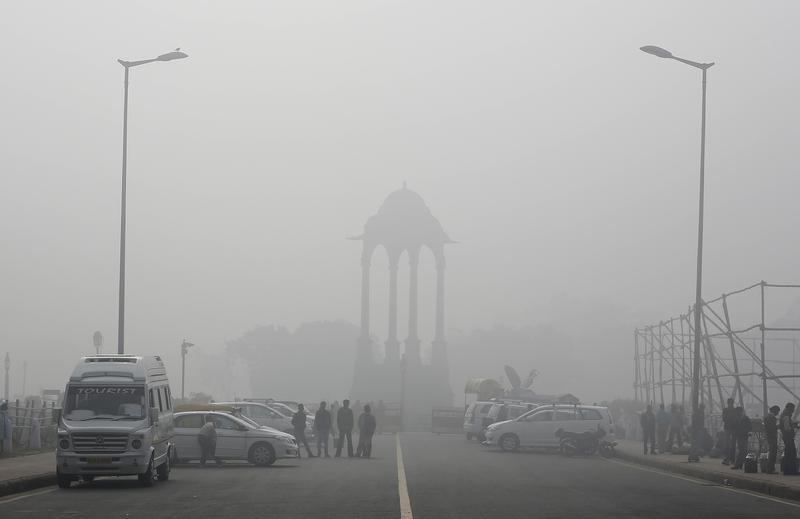 This is not the first time that the Supreme Court has used the precautionary principle to make a decision that has had a significant bearing on air pollution in the capital. In 2002, the Supreme Court ordered taking diesel buses off the roads of Delhi and making compressed natural gas the fuel for public transport. Earlier this week, the National Green Tribunal applied the principle to direct state-owned oil firms to immediately install vapour recovery devices at all fuel stations in NCR  to mitigate the air pollution caused by toxic vapours from petroleum products.

Religious freedoms versus the right to life

Another stream of opposition to the plea for banning firecrackers came from a group that likened the use of firecrackers for Diwali to a core and essential religious practice for Hindus since it has been in vogue for “time immemorial”. The plea for protecting this practice was made under Article 25(1) of the constitution, which provides the fundamental right to freely “profess, practise and propagate religion”.

In its judgment on firecrackers, the apex court observed that if a religious practice threatened the health and lives of people, the Article 25(1) protection could be overridden, or balanced against the fundamental right to life under Article 21. But the court caveated this by saying that it was only expressing a prima facie view on the issue at this stage.

It is difficult to countenance a departure from this prima facie view. The court has frequently read concepts such as basic human dignity, the quality of life and the protection of the environment into Article 21 jurisprudence. The right to life has been interpreted to include “the right of enjoyment of pollution free water and air for full enjoyment of life.”

The clash between religious practices and the freedom of the individual came into prominence recently in the judgment on the freedom of women of all ages to enter the Sabarimala temple. Justice Chandrachud noted in his concurring judgment in this case that irrespective of how long a religious custom has been in force, its constitutional protection is predicated on its characterisation as an “essential religious practice”. He went on to hold that the test of essentiality is fulfilled only when the absence of the practice would alter the very nature of the religion itself.

An optional practice like the bursting of firecrackers on Diwali – a relatively recent phenomenon for most Hindus – is certainly not one without which Hinduism cannot survive, and should not be given the colour of an “essential religious practice”. But more importantly, since Article 25(1) is subject to the other fundamental rights in the constitution, it would indeed be untenable to claim that a group of people should be allowed to use religion as a shield to severely pollute the air (a common resource), in a manner that drastically, or potentially even fatally, jeopardises the health of others in society.

As Justice Chandrachud noted in his judgment on Sabarimala temple entry,

“[w]hile the Constitution recognises religious beliefs and faiths…[w]here a conflict arises, the quest for human dignity, liberty and equality must prevail. These, above everything else, are matters on which the Constitution has willed that its values must reign supreme.”

The role of the judiciary in Delhi’s pollution crises

At the time of writing this, Delhi’s air quality was in the “hazardous” range, and it is disappointing that, in these conditions, we will not see a complete ban on firecrackers this Diwali. Considering that the lead-up to Diwali has not been cracker-free and that there remain doubts about whether there even exists such a thing as a “green firecracker”, the adequacy and successful implementation of the Supreme Court ruling on firecrackers remain highly questionable. Nonetheless, it is hoped that the efforts of the judiciary in imposing a partial ban will lead to some improvement in the haze of chemicals that envelops Delhi-NCR after Diwali, year after year.

In the face of political inaction, and the geographical complexities of Delhi’s pollution crises, the residents of Delhi have often had to turn to the judiciary for solutions. Almost two decades ago, it was the intervention of the Supreme Court that ensured cleaner air and bluer skies for Delhi, gains that have unfortunately been frittered away by 2018. The capital region’s battle against air pollution is a marathon, and the latest judgment on firecrackers is certainly not the last time that these issues are being battled inside a courtroom. With rising awareness about air pollution and continued neglect from our elected representatives, there are many more facets of air pollution waiting to be taken to court in the near future.

We are in the midst of an undeclared health emergency. Two days before Diwali, Delhi hospitals reported a significant increase in patients admitted for respiratory tract ailments and asthmatic attacks. The routine medicines for these ailments are no longer working in the prevailing smog conditions, which is cause for alarm.

While we can wait for more nuanced source apportionment studies, we do not have the luxury of waiting for further scientific damnation to delay ground action. Nor can we let debates about the essentiality of a practice like bursting crackers to the Hindu religion distract us from the choking effects of the chemicals in our air. Every little step to mitigate the mind-boggling quantities of particulate matter suspended in the city’s air is indispensable, and it is hoped that the Supreme Court’s validation of the precautionary principle and rights under Article 21 will form the bedrock for stronger action in the future.

Parul Kumar is a Delhi-based lawyer and policy professional. She blogs at www.indiaenvironment.in.