The odd-even scheme is scheduled to take off on November 4. 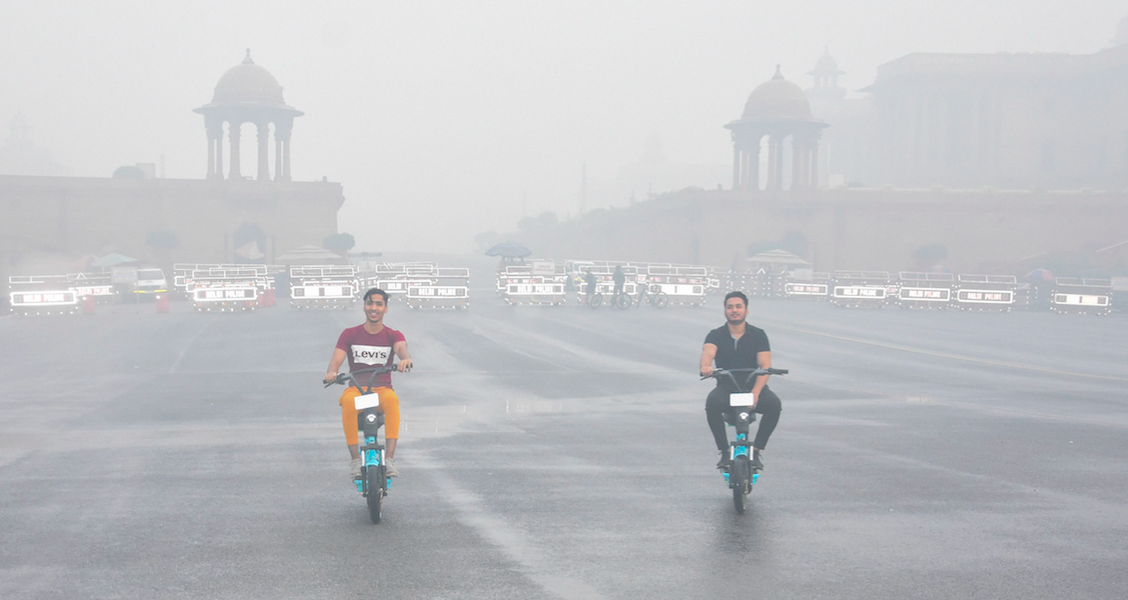 New Delhi: With neither the Central government nor the courts displaying any urgency in dealing with the air pollution menace that has plagued the entire Delhi National Capital Region, political parties continued with their bickering even as people suffered.

After Delhi, schools in Noida, Greater Noida, Ghaziabad and Haryana have also been shut till November 5 in view of the Air Quality Index crossing the 600 mark.

While sprinkling of water on roads has been undertaken in many parts of Delhi and neighbouring satellite townships to control the dust, light showers on Saturday night and Sunday morning failed to provide any relief. To the contrary, as humidity levels increased, the dust stayed low covering the region in a blanket of haze, which led to the diversion of 37 flights from Delhi.

Odd-even scheme to start on Monday

People are now hoping that the odd-even vehicle rationing scheme that is set to kick in from November 4, Monday, will help in bringing down the air pollution. However, if past experience is to go by and considering that two-wheelers, which contribute nearly 25% of all vehicular pollution, have been exempted, the outcome of this emergency measure, to continue till November 15, will be keenly watched.

Meanwhile, the Supreme Court will, on Monday, consider a special pollution control report filed by the Environment Pollution (Prevention and Control) Authority that was appointed by it.

On Saturday, this panel, chaired by Bhure Lal, had declared a public health emergency in Delhi NCR in view of the air quality deteriorating to “severe-plus” or “emergency” level. Incidentally, EPCA had on October 25 urged the apex court to have an “urgent” hearing in the matter, but it is only on Monday that the issue will be heard. 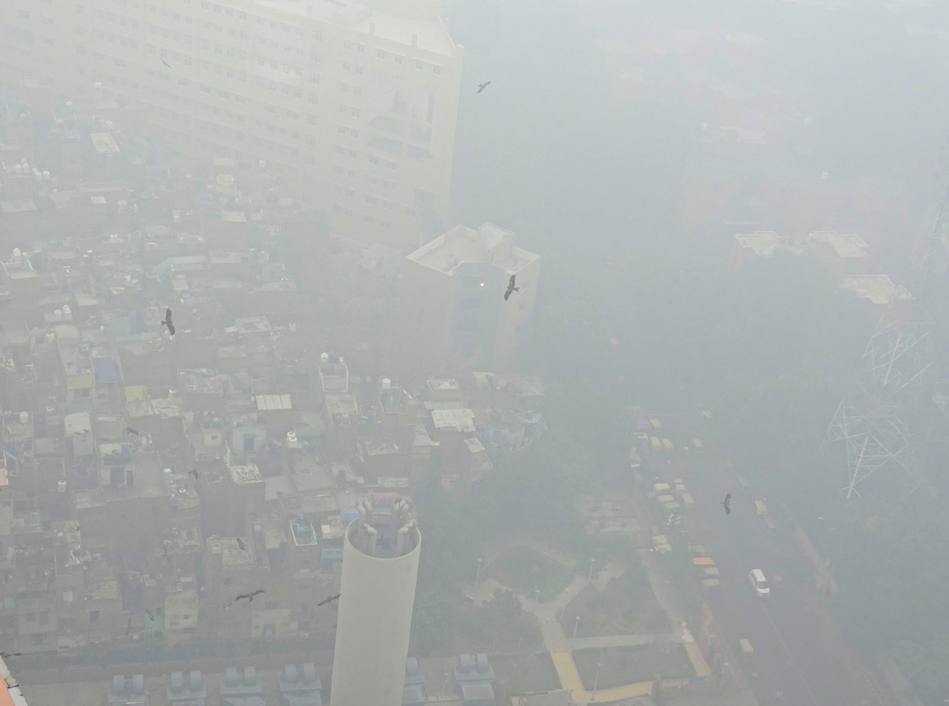 Aerial view of Delhi through the smog. Photo: PTI

In a letter to the chief secretaries of Uttar Pradesh, Haryana and Delhi, Lal had cautioned that “air pollution will have adverse health impact on all, particularly our children.” Subsequently, Delhi chief minister Arvind Kejriwal had declared closure of all schools in the city till November 5.

Today, Noida and Greater Noida followed suit, as did Ghaziabad and Haryana. Ashoka University, too, has announced that it will close for a week.

Incidentally, the spike in air pollution in Delhi came on a day when the Bangladesh cricket team took on India in a T20 encounter at Feroze Shah Kotla (recently renamed after Arun Jaitley) stadium.

Irrespective of what was said, don’t think there ever was a chance of this match not going ahead. Even more surprising that people have come out to watch… public health emergency is a joke in India. #IndvBan pic.twitter.com/xyng61aQ16

As Lal had pointed out, the rise in pollution was due to multiple reasons. “Current air quality is a combination of accumulated toxins because of local pollution, which was further spiked because of cracker burning on Diwali night, combined with stubble burning and extremely adverse weather,” he wrote.

Earlier, Kejriwal spoke about how the pollution was impacting the country’s image. He noted that the fact that players are wearing masks or foreign dignitaries visiting the national capital when it was covered in smoke and dust did not augur well India’s image.

But the Delhi chief minister was more direct in blaming the farmers of Punjab and Haryana for the crisis. He urged the governments of Punjab, Haryana and Uttar Pradesh to support their farmers so that they do not have to burn straw.

Initially, Punjab chief minister Amarinder Singh had attacked Kejriwal for his alleged “brazen lies on the grave issue of air pollution”. He claimed that Delhi’s air pollution was “directly related to the rampant construction activity, widespread industrialisation and total mismanagement of the city traffic”.

Later in a letter to Prime Minister Narendra Modi, Singh admitted that stubble burning in his state could be responsible for the high pollution levels in the region.

Delhi, Punjab governments blame Centre for not holding a meeting

However, Singh sought to pin the blame on the Centre for the crisis. He said the Centre had failed to accept his proposal of granting a Rs 100 per quintal bonus to farmers to facilitate stubble management. “Is it not your government’s task, Mr. Prime Minister, to search for that permanent solution, in consultation with all the other stakeholders, including Punjab, Delhi and Haryana?” he asked.

Also read: As Delhi Declares Emergency Over Air Quality, a Look at What Needs to Be Done

In Delhi, deputy chief minister Manish Sisodia too on Saturday raised this issue. He accused Union environment minister Prakash Javadekar of thrice postponing the meeting with state environment ministers in the recent past. His remarks came in response to Javadekar’s charge that Kejriwal was politicising the issue.

Today, Kejriwal too stated that there was a need for immediate discussion. “All governments should come together and sit and talk about it. Punjab and Haryana has 27 lakh farmers. How do we reach all of them? How many more years do we have to take it? These issues need to be discussed,” he said.

The Delhi CM acknowledged that the Centre has distributed about 65,000 machines (happy seeders for burying straw in the ground) to the farmers in two years, but noted that at this rate the problem would persist for at least another 50 years.

‘People of Delhi suffering for no fault’

In a letter, Kejriwal also urged Javadekar to immediately convene a meeting saying, air pollution was “not a Delhi specific issue, it is a North India issue and therefore, requires a North India solution” under his chairmanship.

Javadekar had earlier stated that his ministry has “started holding inter-state meetings of NCR ministers and officials. All stakeholders need to act together and not blame each other.”

‘Kejriwal government did nothing to combat air pollution’

Another senior BJP leader and MP, Vijay Goel, had also jumped into the debate and questioned why instead of investing money in combating pollution within Delhi, Kejriwal was spending crores in issuing newspaper advertisements.

“If the Delhi government had allocated these crores of rupees, which they spent on advertising, to solve the problem of stubble burning and pollution, things would have been better today,” he said at a press conference. Citing reports of experts, he also insisted that stubble burning was responsible for a small percentage of pollution in the city.

He also asked why more buses or e-buses had not been inducted and what happened to Kejriwal government’s promise of installing smog-free towers in the city.