All industries using coal and biomass as fuel, excluding thermal and waste to energy plants, will remain closed in Delhi and NCR districts from November 4-10. 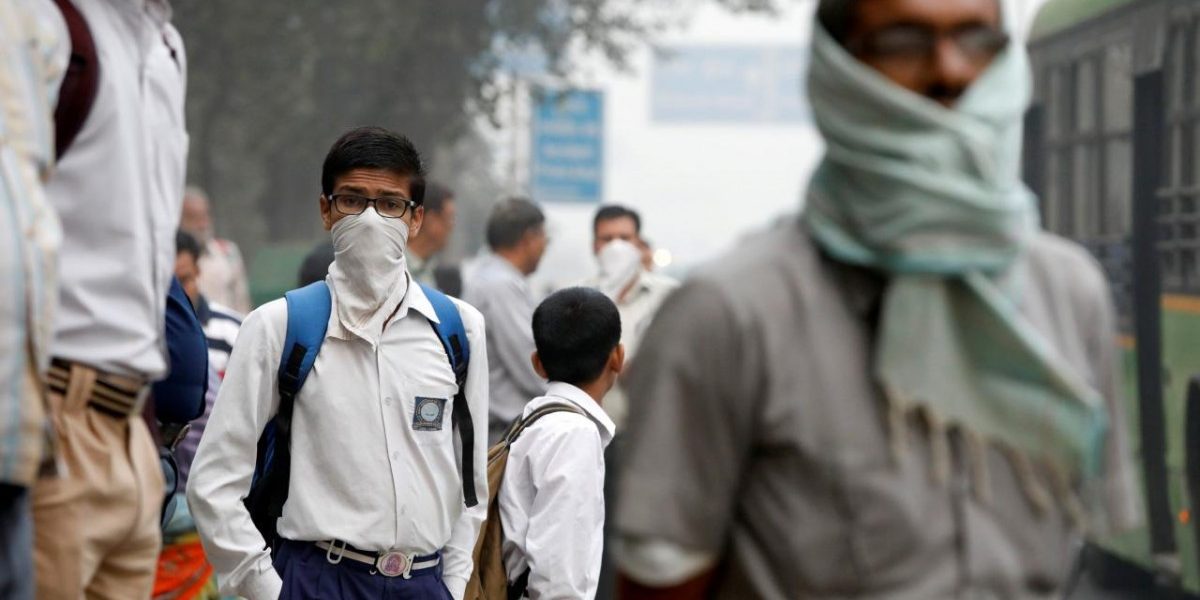 New Delhi: As Delhi’s air quality turned ‘severe’ for the first time this season on Tuesday, authorities have banned construction activities along with halting operations of industries using coal and biomass as fuel between November 1 and 10 and are considering regulating use of private vehicles.

The overall Air Quality Index (AQI) was 401, falling in the ‘severe’ category, the highest this season, Central Pollution Control Board officials said. The Centre-run System of Air Quality Forecasting And Research (SAFAR) recorded the AQI at 410.

An official said that the EPCA is even considering regulating use of private vehicles in the wake of an alarming rise in air pollution in Delhi.

There are a total of 35 lakh private vehicles in the Delhi NCR region.

In 2016, the odd-even scheme was enforced twice – January 1-15 and April 15-30 – in the city when vehicles having odd and even numbers were allowed to ply on alternate days.

The EPCA has earlier accepted the recommendation of a Central Pollution Control Board-led task force for the period between November 1 to 10 when further deterioration of air is expected due to festival season and stubble burning in neighbouring states.

All industries using coal and biomass as fuel (excluding thermal and waste to energy plants) will remain closed in Delhi and NCR districts from November 4-10.

The DPCC has directed the transport department and traffic police to intensify checking of polluting vehicles and control travel congestion in Delhi and other NCR districts during November 1-10.

Also watch: When Will We Begin to Fight for Our Fundamental Right to Clean Air and Water?

The EPCA has also asked DPCC to publish in newspapers advisory for public, recommending them to reduce outdoor activities and minimise their travel using private vehicles as much as possible, the official said.

The national capital has been grappling with dangerous levels of pollution for the last two weeks.

Eighteen areas in Delhi recorded ‘severe’ air quality with the highest AQI at 4 pm recorded at Anand Vihar at 467, according to a data by the CPCB.

SAFAR has attributed the spike to “heavy stubble burning in the last 24 hours and calm winds”. About 28% of pollution by PM2.5 (presence of particles in the air with a diameter of less than 2.5 micrometres) on Tuesday, October 30 was caused due to regional factors like stubble burning, SAFAR officials said.

SAFAR also issued a health advisory for public, asking Delhiites to not to rely on dust masks for protection.

The agency has advised Delhiites to avoid all outdoor activities and give their morning walks a miss.

“If the room has windows, close them, if the air conditioner provides a fresh air intake option then choose it, avoid burning anything such as wood, candle or even an incense,” it said.

The advisory also recommended frequent wet mopping and using masks known as N-95 or P-100 respirators only for outdoor activities.

Meanwhile, on the issue of firecrackers, the environment ministry said that the directions of the Supreme Court shall be followed strictly in Delhi and NCR.

“Timings and locations as envisaged in the Supreme Court’s order for bursting of firecrackers would be strictly adhered to. Further, only eco-friendly fire crackers would be sold after proper authorisation has been obtained from Petroleum and Safety Organisation (PESO),” the ministry said in a statement.

Any other kind of firecrackers would not be permitted to be sold in the NCR region as per the order of the Supreme Court. Delhi Police and the DMs of Gurugram, Noida, Faridabad and Ghaziabad were requested to ensure that these measures were strictly implemented by them in their respective areas, it added.

About 44 joint teams will be deployed from Thursday, November 1, by the Delhi government to check air pollution in the national capital.

Delhi chief minister Arvind Kejriwal, in a tweet, said his government is doing its “best to check pollution”.