Presumably, this is public data collected by a public institution, funded by public money. So we all have the right to access this data. 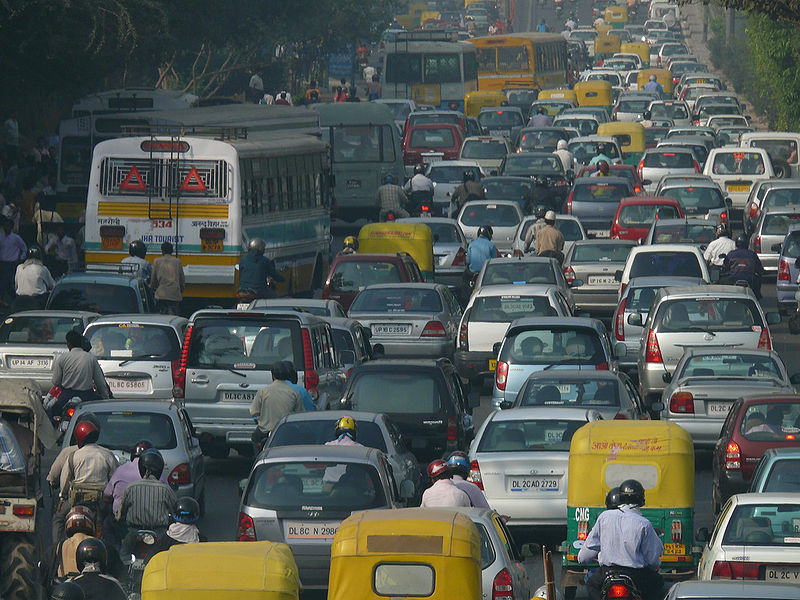 Delhi chief minister Arvind Kejriwal is doing what he knows best: spending taxpayer money taking out full-page ads in national newspapers to claim the air quality in Delhi has improved by 25% over the past four years and claiming credit for the improvement.

In claiming credit, however, the Bharatiya Janata Party isn’t far behind the Aam Aadmi Party, with Union environment minister Prakash Javadekar making similar claims, though with a different pollutant and different numbers.

First the good news: With Delhi and Haryana elections around the corner, narratives like these were bound to emerge but the fact that pollution has made it to the election agenda is a big win for civil society, clean air advocates and pollution activists. This election will definitely see pollution on its agenda and not only because it will go to polls during high pollution season. 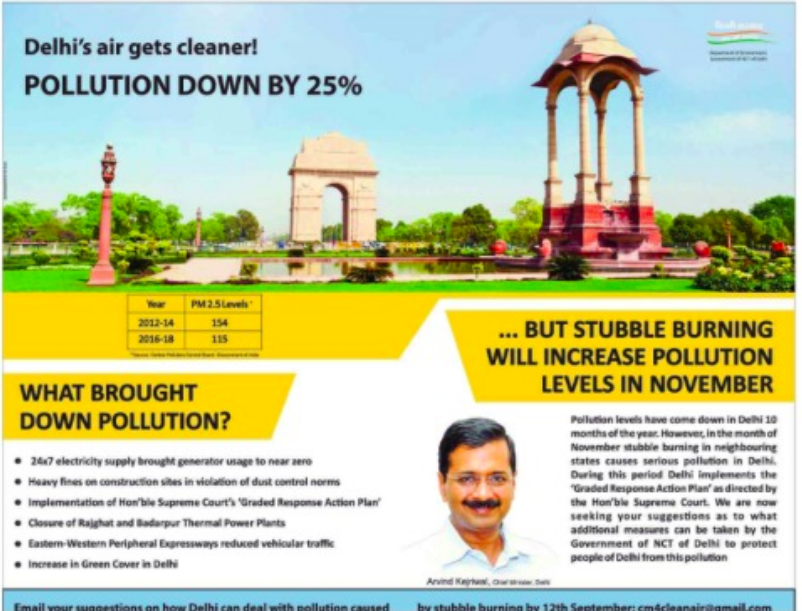 A portion of an advertisement on Delhi’s improving air quality on page 2 of TOI, on September 12.

Kejriwal’s press conference on Friday announcing the re-implementation of his earlier scheme of allowing odd and even numbered vehicles to ply the roads on alternate days from November 4 is another strategic pre-poll move that will bring pollution squarely back on the national agenda.

No exemptions were announced Friday; details will follow, he said. This comes despite an article in the September issue of  Economic and Political Weekly that said clearly that while the odd-even rule brings down traffic congestion significantly, by leaving out diesel powered heavy commercial vehicles, it doesn’t reduce actual pollution. Multiple exemptions in the past have also made odd-even more an awareness exercise and less an actual pollution reduction strategy.

Delhi pollution is down by 25%. Delhi is the only city where pollution is going down instead of increasing. But we have to reduce it further.

Also, we need to prepare for smog due to crop burning and the winters.

The one saving grace this time is that odd-even seems one among a bouquet of proactive solutions devised by the Aam Aadmi Party, which includes installing environment marshals and a community Diwali laser to encourage people not to burst polluting – and outlawed – firecrackers.

Now the bad news: Air pollution experts agree that there is no data available – at least in the public domain – that clearly validates the chief minister’s claims of  a 25% reduction in pollution as measured by concentration of the deadly microparticulate, PM2.5.

But we have a long way to go!

A major cause of pollution in Delhi is crop burning in neighboring cities.

To tackle this, Delhi Govt has introduced a 7 Point Action Plan which includes ? pic.twitter.com/LYEHZsBqfy

“With the data available in the public domain, it is very hard to see a reduction of 25%,” adds Dr Sarath Guttikunda, air pollution analyst and founder-director of UrbanEmissions.info and adviser of Care for Air.

“Irrespective of the the data pool size and quality, our analysis of the data shows a mere stabilisation of PM2.5 levels,” he says. This “stabilisation” is also what Centre of Science and Environment – which endorsed the 25% reduction figure – last week had stated.

However, even this stabilisation over the last three years is itself a big positive and the reflection of a combination of some positive actions and meteorology, Guttikunda adds. But again, he and other analysts reiterate the importance of accessing real-time Central Pollution Control Board data. The government has the best access to data from real time continuous monitors, and sharing this data should be mandatory and not based on the whims or agendas of politicians.

However, this isn’t to say that Kejriwal is lying to the people – pollution may just have actually reduced slightly. But unless independent data analysts, air pollution scientists and researchers are able to access to the data which Kejriwal is using to make this claim, no one can say whether this is just another piece of fake news in a post-truth world, a manipulation of cherry-picked statistics or  this is indeed true.

This is a comprehensive plan to prepare ourselves for smog.

Currently, the database available in the public domain, which all these independent and credible experts are using due to lack of access to grainier data, is different and less complete as compared to the database the Central Pollution Control  Board has access to internally, which appears to be fuller, with less gaps, say experts.

Based on this less complete public data, the dramatic 25% reduction isn’t visible to them, any which way you dissect or repackage it, so either there is grainier, better data that Kejriwal has access to, or he is actually mis-presenting the true facts to the people. Fact-checking is the only answer.

Also read: Delhi’s Air Is Awful – and It’s Not Even the Worst India Has to Offer

It would thus not just be in his interest to reveal the source of the data that he is using to make these claims of improvement in air quality, but also make that data public and share it widely.

Opacity breeds suspicion and transparency clears the air. Presumably, this is public data collected by a public institution (CPCB) funded by public (taxpayers’) money. So we all have the right to access this data on a public portal in a fair and transparent manner.

In this information age, data is the new driver for change on the vehicle of accountability. 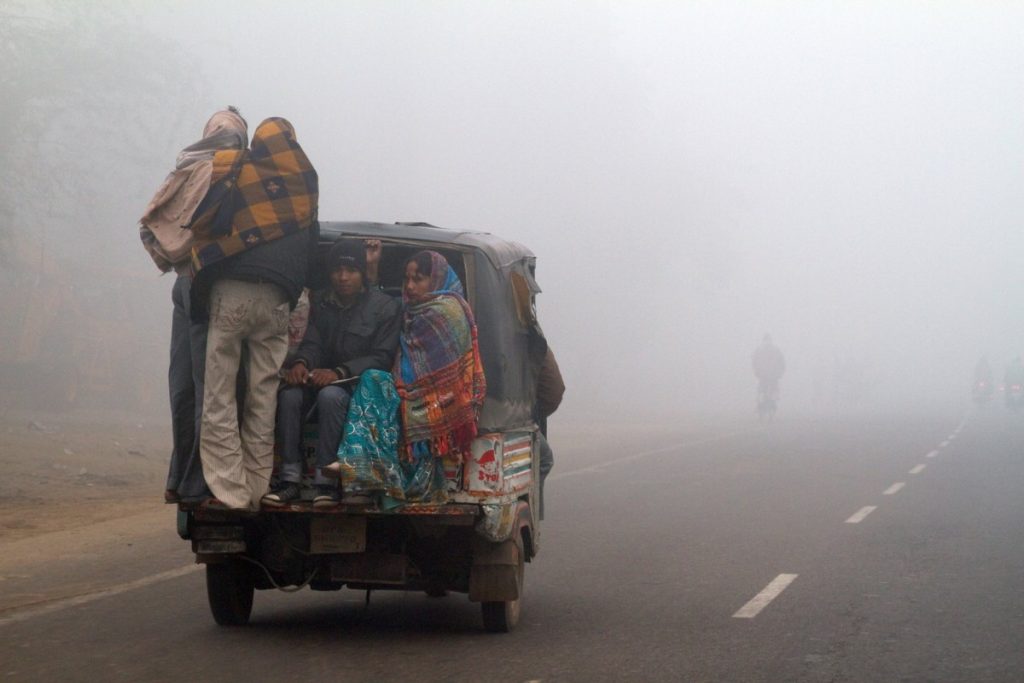 Workers traveling on the highway from Agra to New Delhi through heavy smog. Photo: Flickr/ABWPhoto!

All we are asking, Mr Chief Minister, is – please don’t just tell us, show us the data you are using to back your claim that there has actually been a 25% reduction in air pollution in Delhi, so that civil society can independently audit this claim and believe you. Trust me, there are many of us who want to believe this, for the sake of our sanity.

As someone who has been following air pollution research and parsing it for public debate with the help of independent experts over the past six years only because of its toxic health impact, as someone who has had to bid goodbye to friends who have become environmental migrants and been pushed out of the city largely due to poor air quality, as someone who has been compelled to send her own children away from Delhi due to the poor air quality, who has lost a parent due to lung cancer that doctors say was caused  by air pollution, I would be relieved and delighted to believe that things are turning around and we won’t all die faster, more painful deaths due to the air we breathe.

Jyoti Pande Lavakare is an independent journalist and co-founder, Care for Air, a clean air awareness and advocacy non-profit. She is currently writing a book on the human cost of air pollution to be published by Hachette in early 2020.