The air quality in the capital has remained very poor or severe on most of the days in November so far. 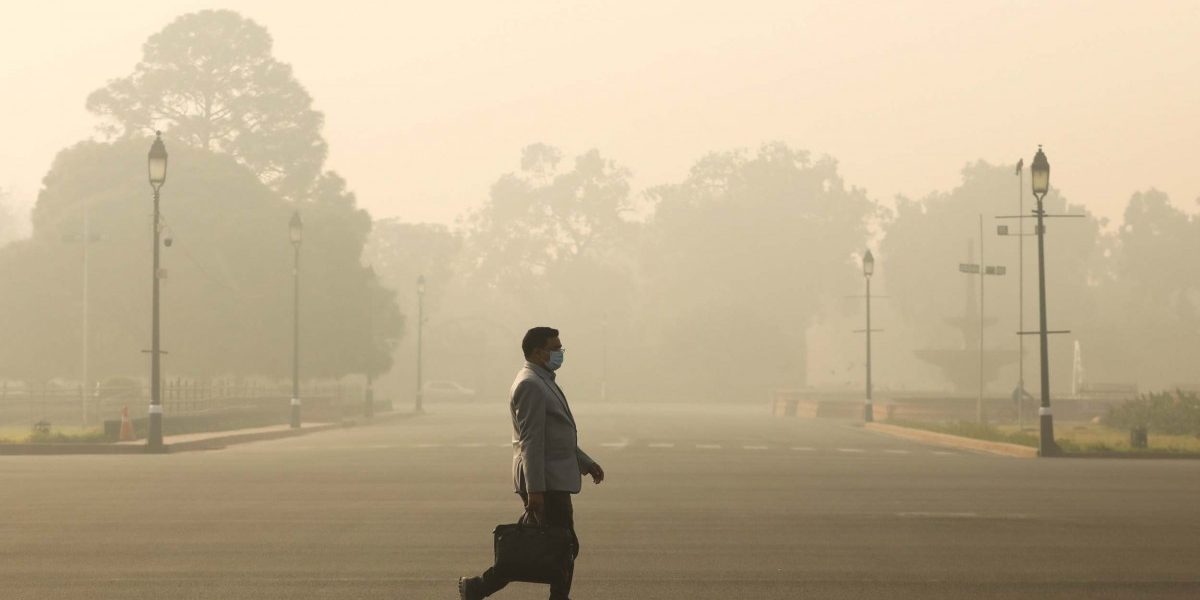 A man walks along a road on a smoggy morning in New Delhi, India. Photo: Reuters/Anushree Fadnavis/Files

New Delhi: Air pollution levels in Delhi worsened on Friday morning due to unfavourable meteorological conditions – low temperature and slow wind speed – and the air quality index read 403 at 9 am, which falls in the severe category.

The air quality in the capital has remained very poor or severe on most of the days in November so far.

According to the Ministry of Earth Sciences’ air quality monitor SAFAR, no relief is likely till Monday.

Local emissions and weather are likely to be the dominant factors controlling air quality, it said.

The Delhi government on Thursday reimposed the ban on construction and demolition activities following the Supreme Court order in this regard.

The apex court reimposed the ban on construction activities in Delhi-NCR on Wednesday until further orders.

Chief Minister Arvind Kejriwal said the workers affected by the ban on construction activities in the national capital will be provided a financial assistance of Rs 5,000 each and his government will also compensate them for the loss of minimum wages.

The ban on construction and demolition activities was lifted on Monday in view of an improvement in the air quality and the inconvenience caused to the workers.

The Delhi government had on Wednesday decided to resume physical classes in schools, colleges and other educational institutions and reopen government offices from November 29.

The ban on the entry of trucks, barring those engaged in essential services, will continue till December 3. However, “CNG and electric trucks will be allowed to enter Delhi from November 27”.

On November 13, the city government had ordered the closure of all educational institutes, banned construction and demolition activities and asked its employees to work from home to combat air pollution and minimise its health effects.

Four days later, it extended the restrictions, besides banning the entry of trucks carrying non-essential items in Delhi.