Nearly two-thirds of the country's area has recorded either deficient or highly deficient rains, which has caused stress in rural India and water shortages in cities.

New Delhi: With the new government sworn in on Thursday, one of its priorities would be to help states, particularly those in the south, to tackle deep drought. More than 40% of the area of the country may face drought, according to the Drought Early Warning System run by IIT, Gandhinagar. Of this, nearly half the area is looking at severe to exceptional drought.

Southern states, with 49% deficient rain during the period, have fared the worst. By the time the monsoon kicks in, the weighted average rainfall numbers might mask the regional deficiencies and soil moisture levels could improve. But the pre-monsoon deficiency has caused stress in rural India and led to water shortages in cities. 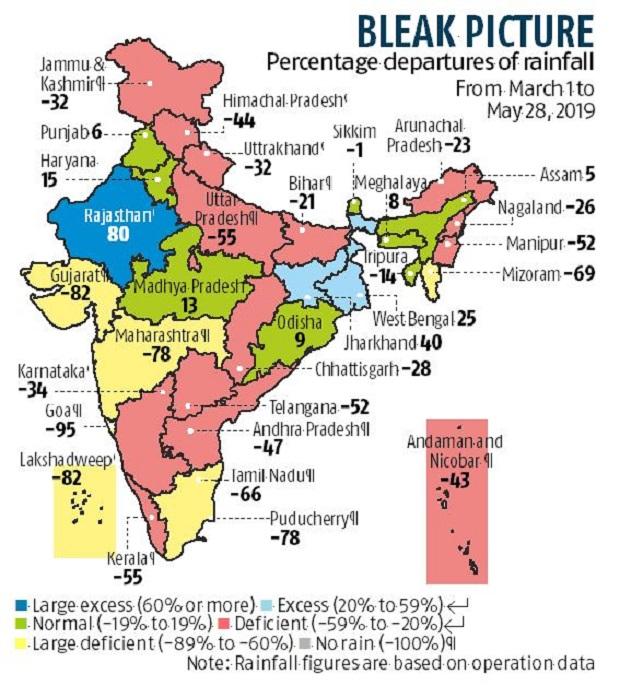 Percentage departures of rainfall from March 11- May 28, 2019. Credit: Business Standard.

This article was originally published on Business Standard. Read it here.